Overdosed gets a little UI makeover and loads of other stuff is refined in the build up to the release on Steam Early Access!

My list of things to do with this game is getting smaller and smaller! But it's still very hard to predict when it will be ready for Steam Early Access, but we're looking at mere weeks away. I find myself just refining almost everything to make it the best it can be. It may not be the most efficient way of developing but if I see room for improvement I feel responsible for making it happen. Even when we release on Early Access the game will be constantly updated with both fixes and new/improved content. There's just so much we want to put in this game but we know we can't just keep it to ourselves forever :D

Here are a few new shots of the new UI, improved flamethrower, and a load of dead enemies! 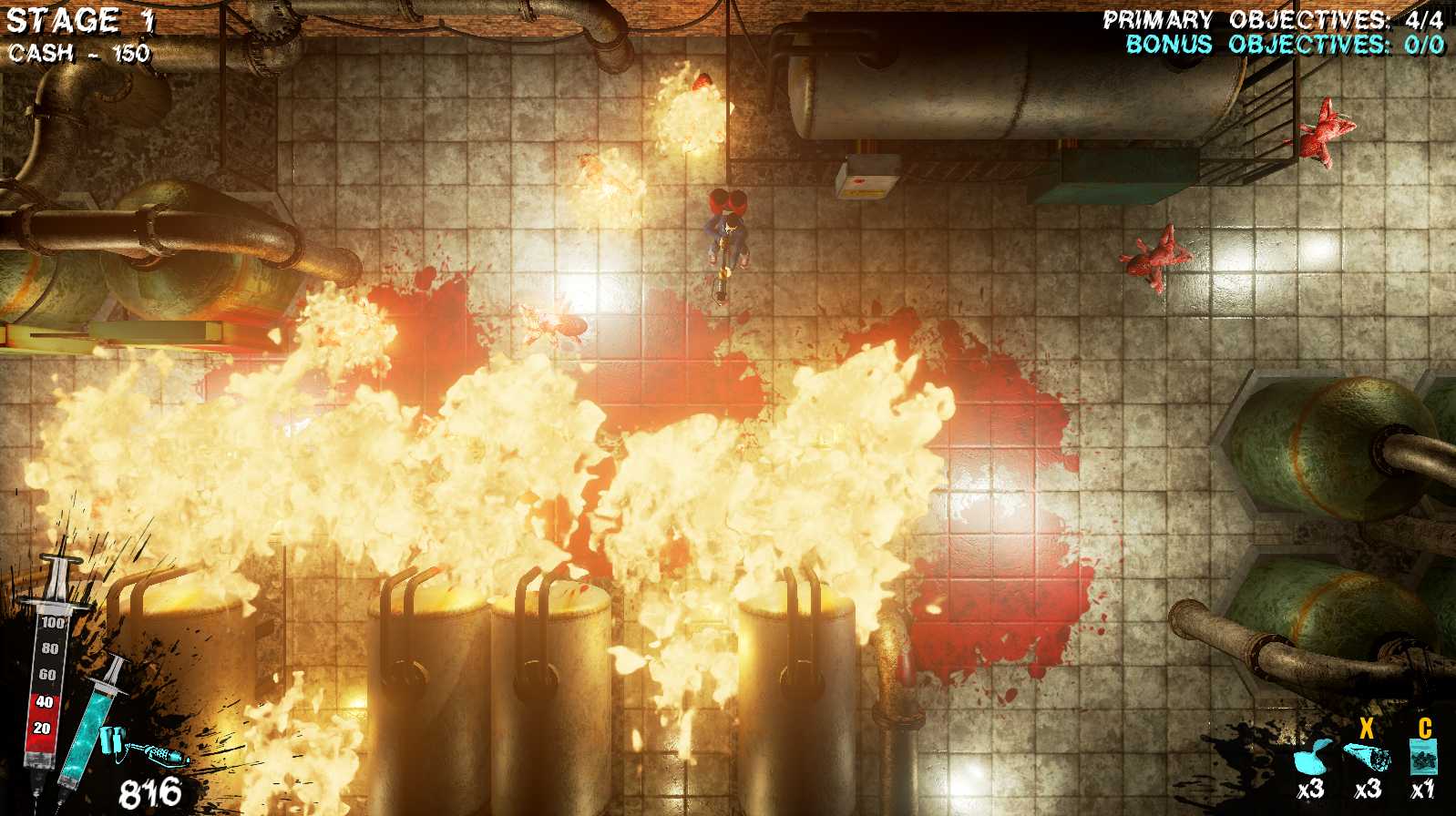 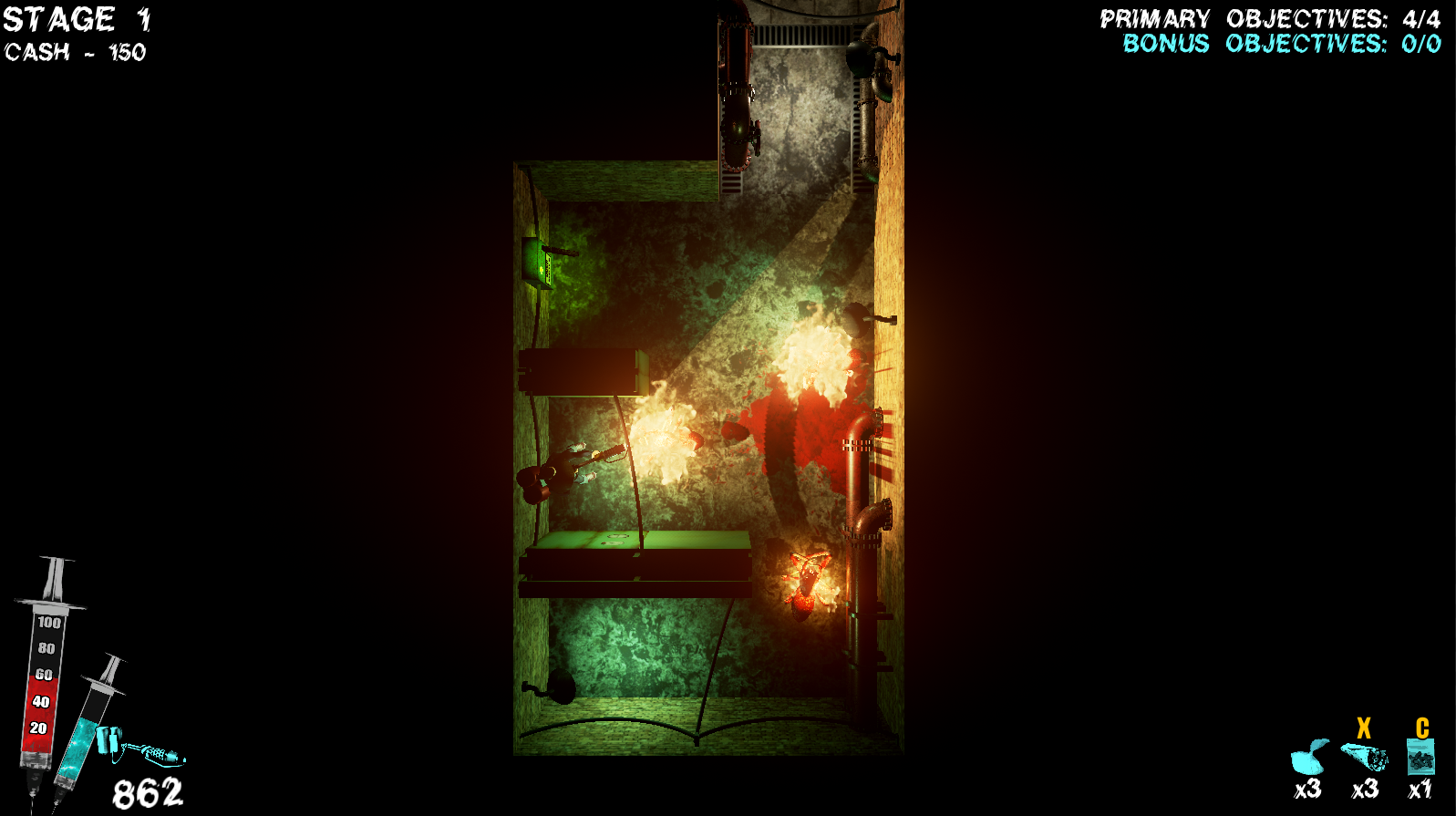 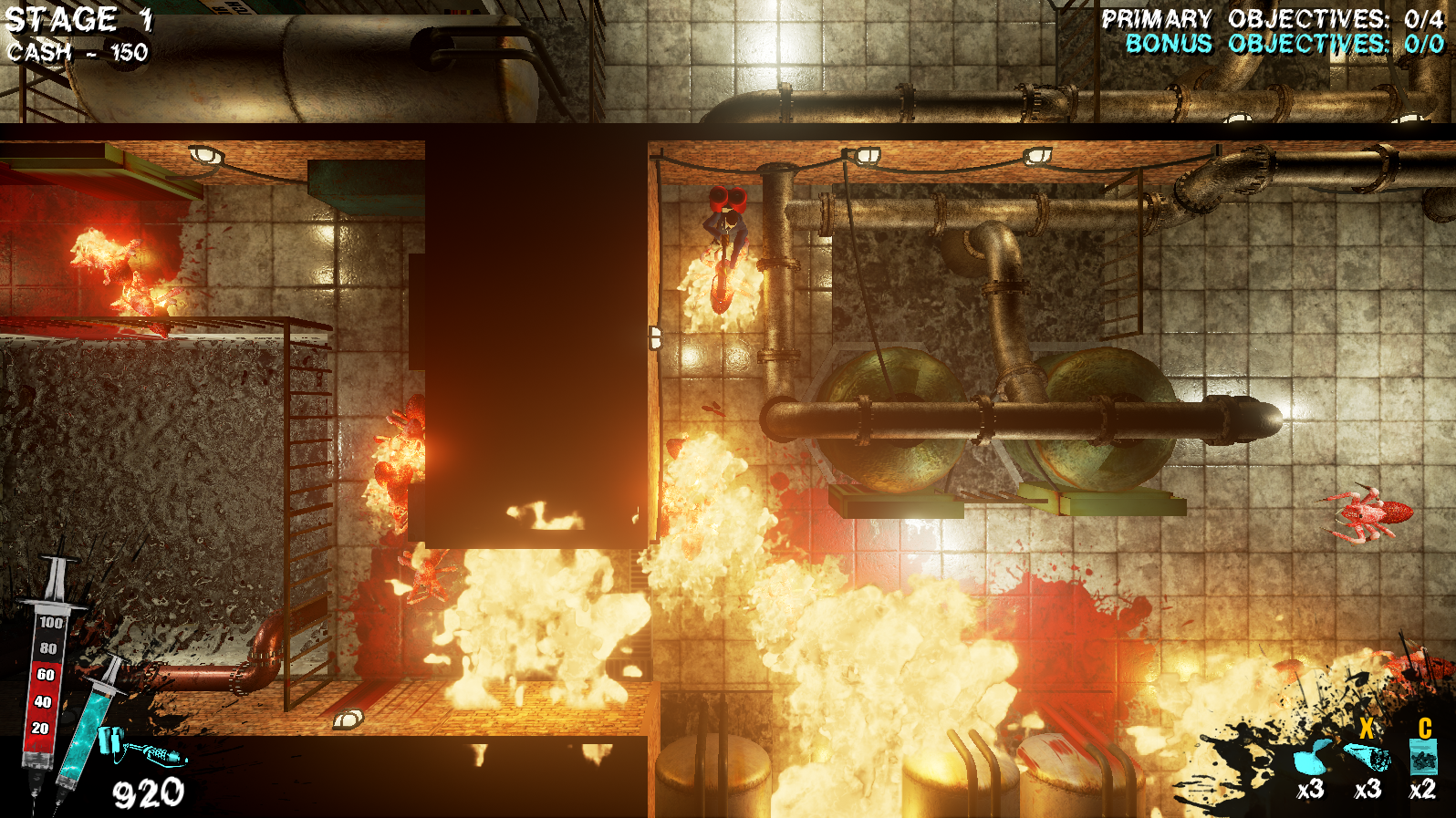 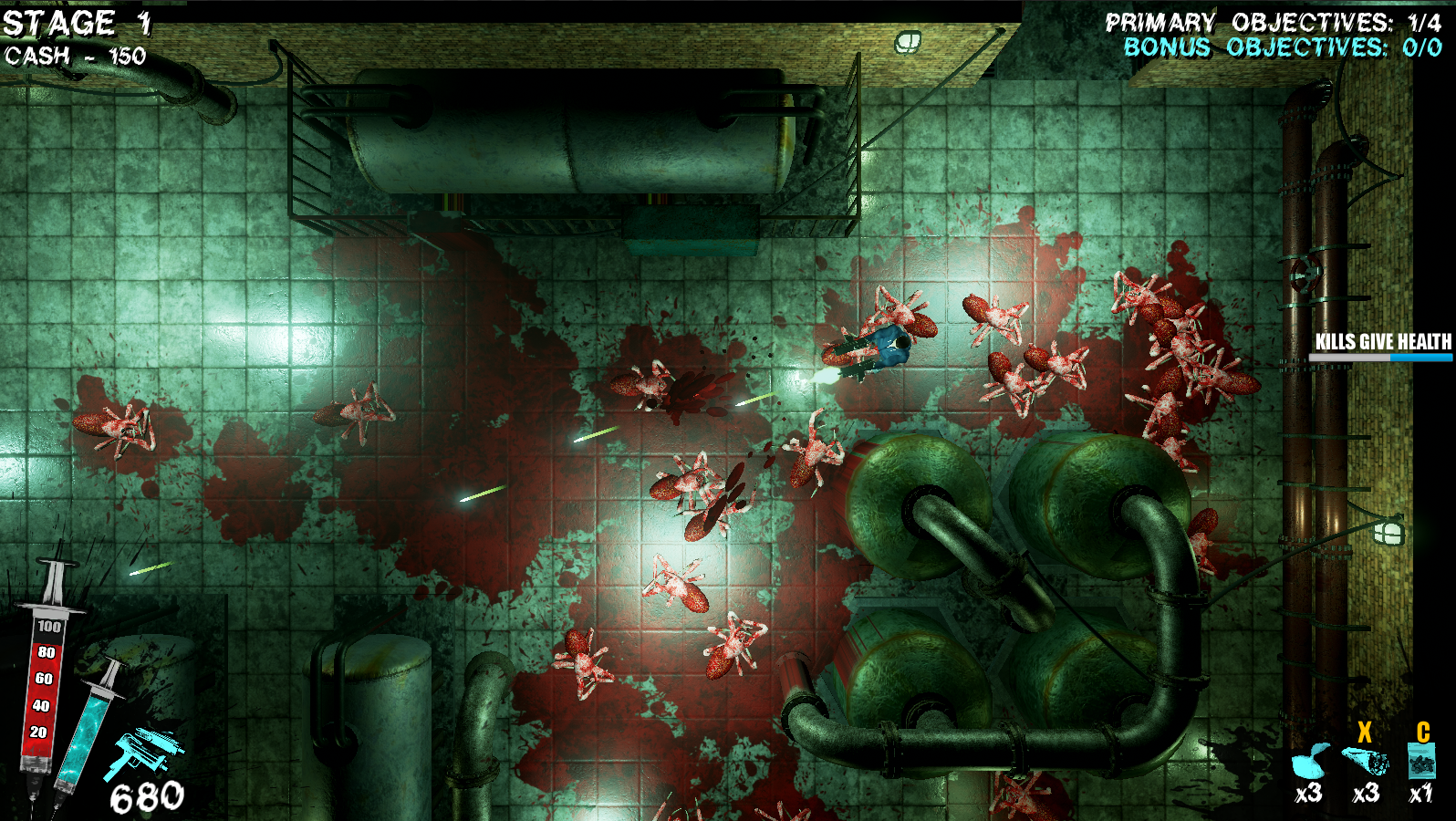 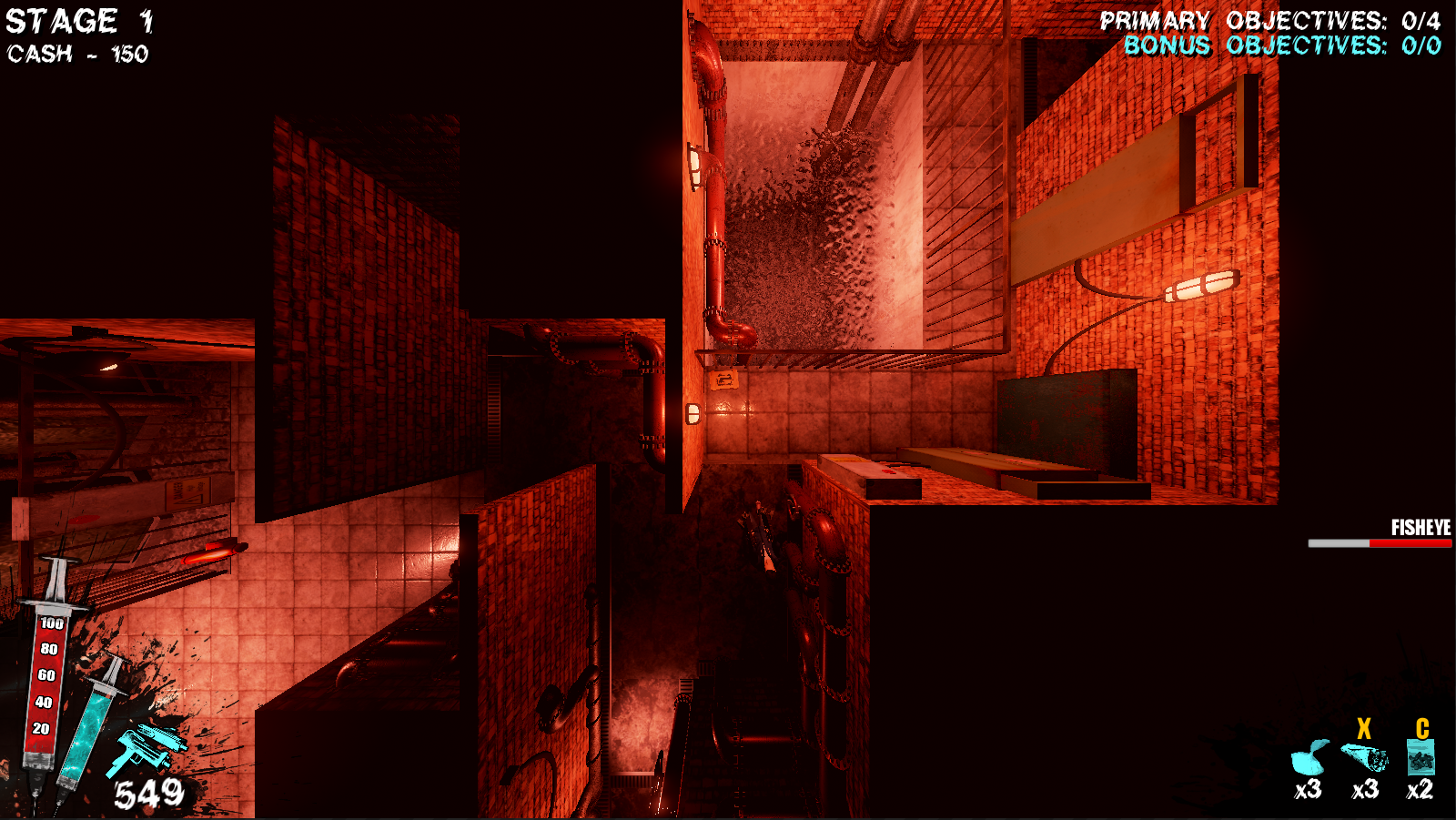 Also check out a few of our EGX pics too at Lazygames.org