We are happy to announce that we are preparing the Multiplayer Beta of‘ORION: Dino Horde’ for the entry of Wave 3, the largest wave yet! Wave 3 will be adding just around 1,000 new testers to the mix. If you haven’t gotten in yet your odds will be pretty great and in your favor this time out. 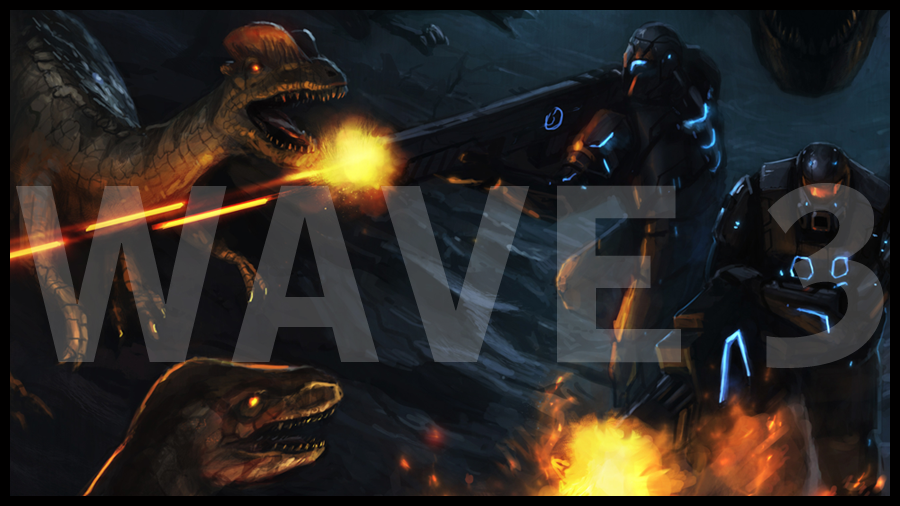 We have been hard at work with the current Wave 2 build of the game. We are proud to announce we are very close to being ready for Wave 3 which will deploy THIS Friday, March 22nd, 2013.

We are adding quite a few new features and changes for the Wave 3 build of the game, including:

If you want to read the full up-to-date bug report list and what we’re currently adding, tweaking and ironing out click here.

On top of preparing for the massive Wave 3 we also have put out two patches for the Wave 2 build of the game (1.0, 1.1) and improved a number of things. Change-log below:

Here is some updated footage created by the Spiral Community. This showcases a variety of Wave 2 versions of the game. Enjoy!

SIGN UP NOW!
If you haven’t already signed up, make sure to do so HERE. You will need to own a copy of ‘ORION: Dino Beatdown’ via STEAM for entry.