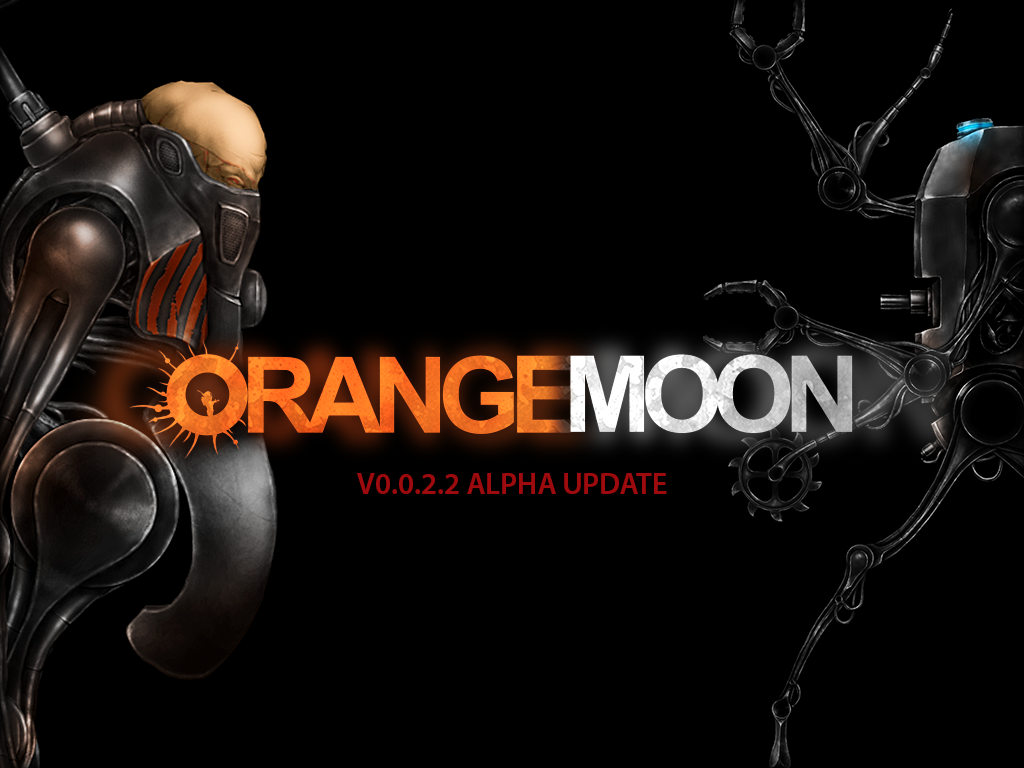 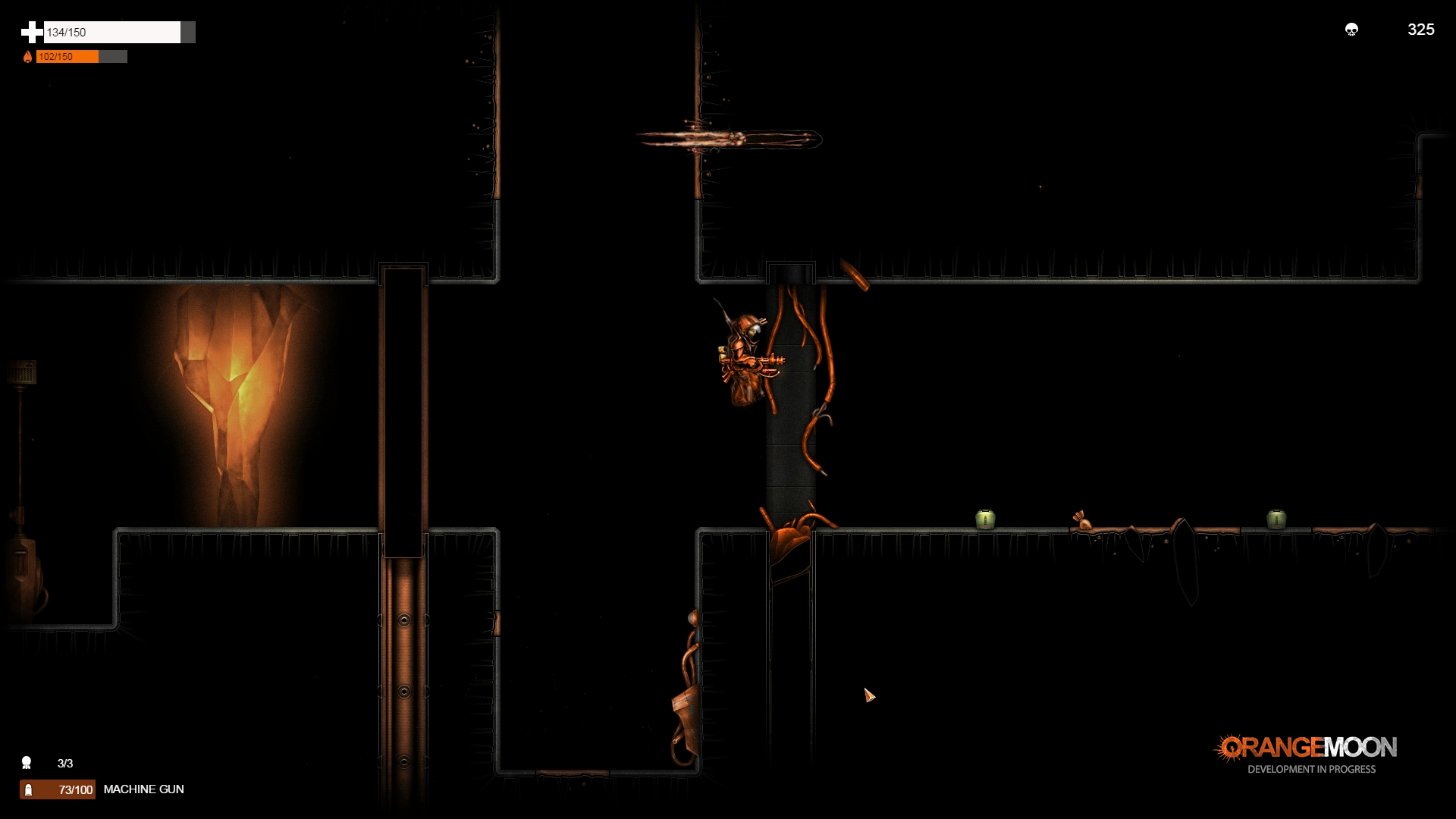 If you missed “Recycler” boss, as well as the other members of Orange Moon family mentioned in “Orange Moon. Most dangerous Part 1” feature on IndieDB I've posted some time ago, here is the link(opens in a new window). 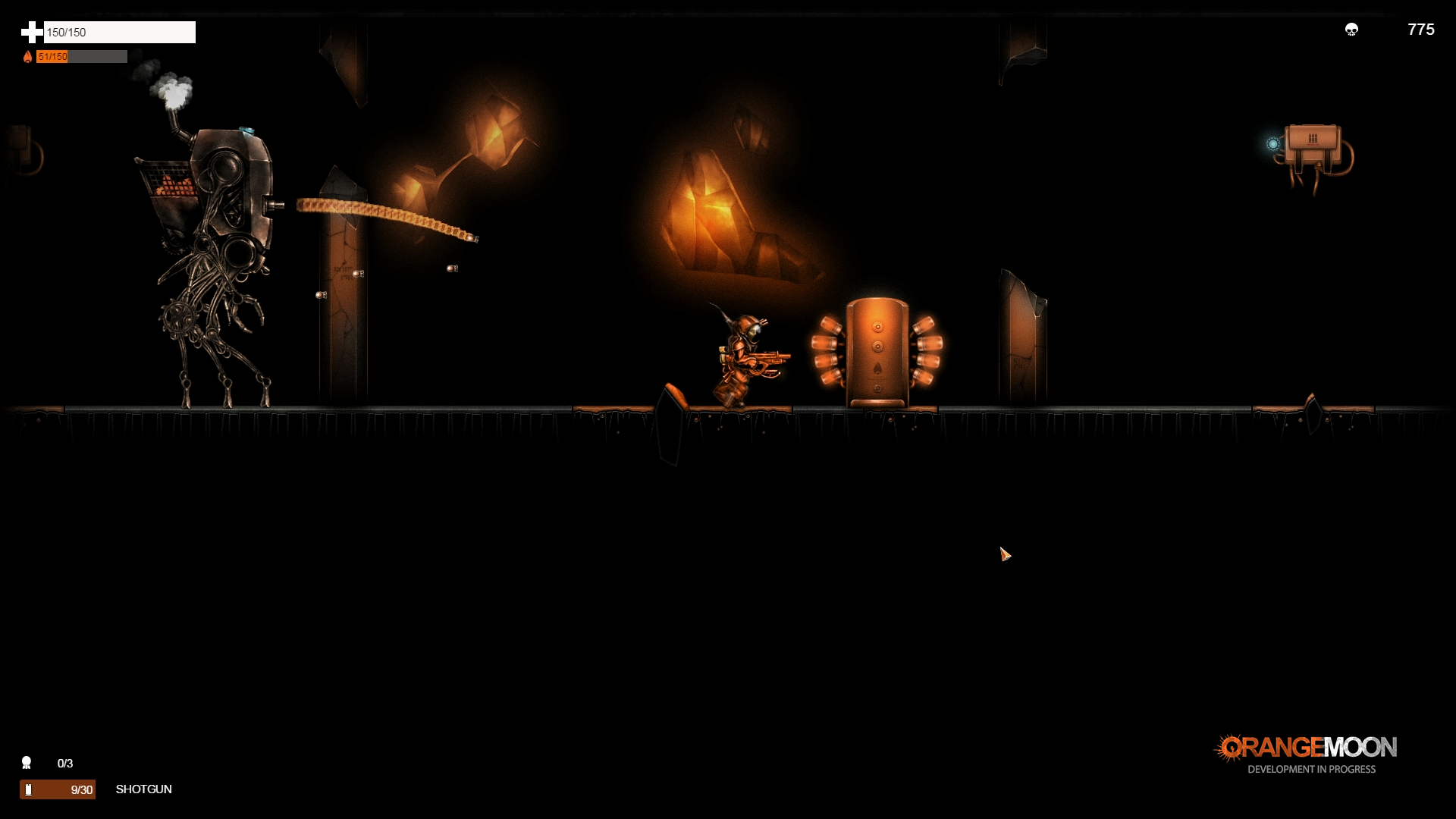 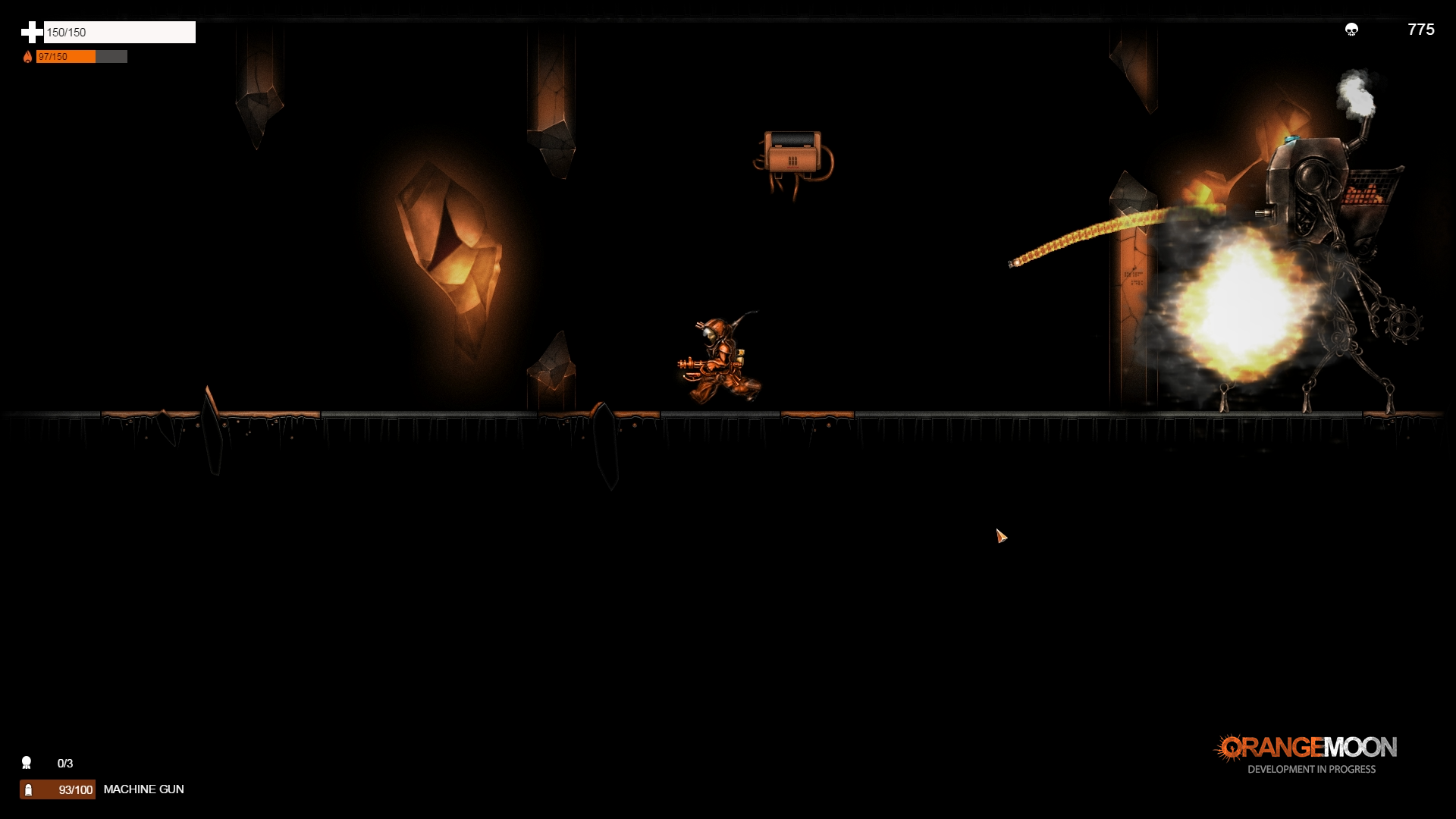 Recycler is the first boss that you will encounter on Orange Moon.

Recycler is a moderately intelligent and heavily armored machine used to clean up mining areas from debris and protect the area from native lifeforms. Equipped with stone cutter, laser cutter/drill, two arms, Grenade launcher and flamethrower. Just a few left on the moon, and only couple of them still functional. 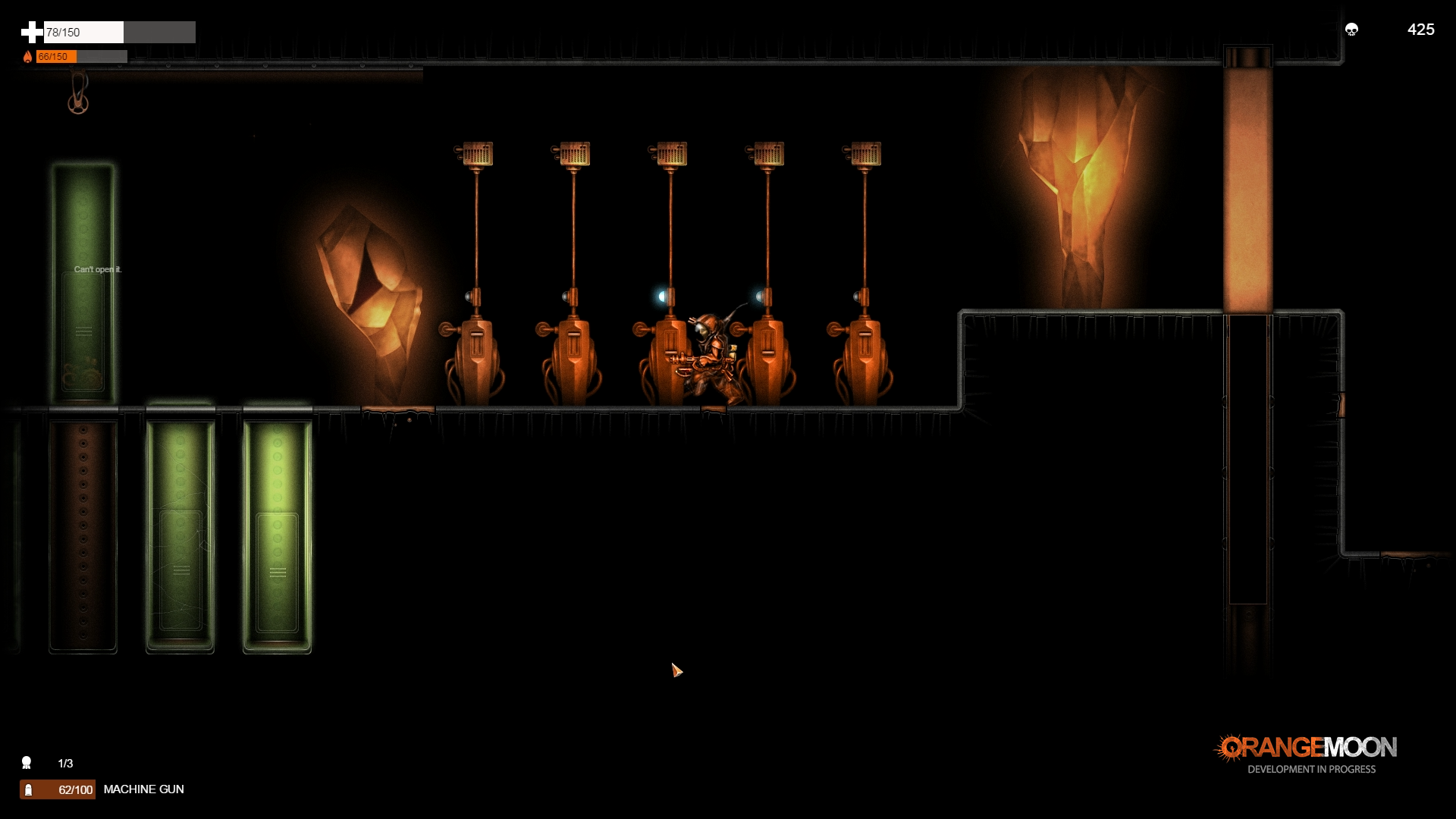 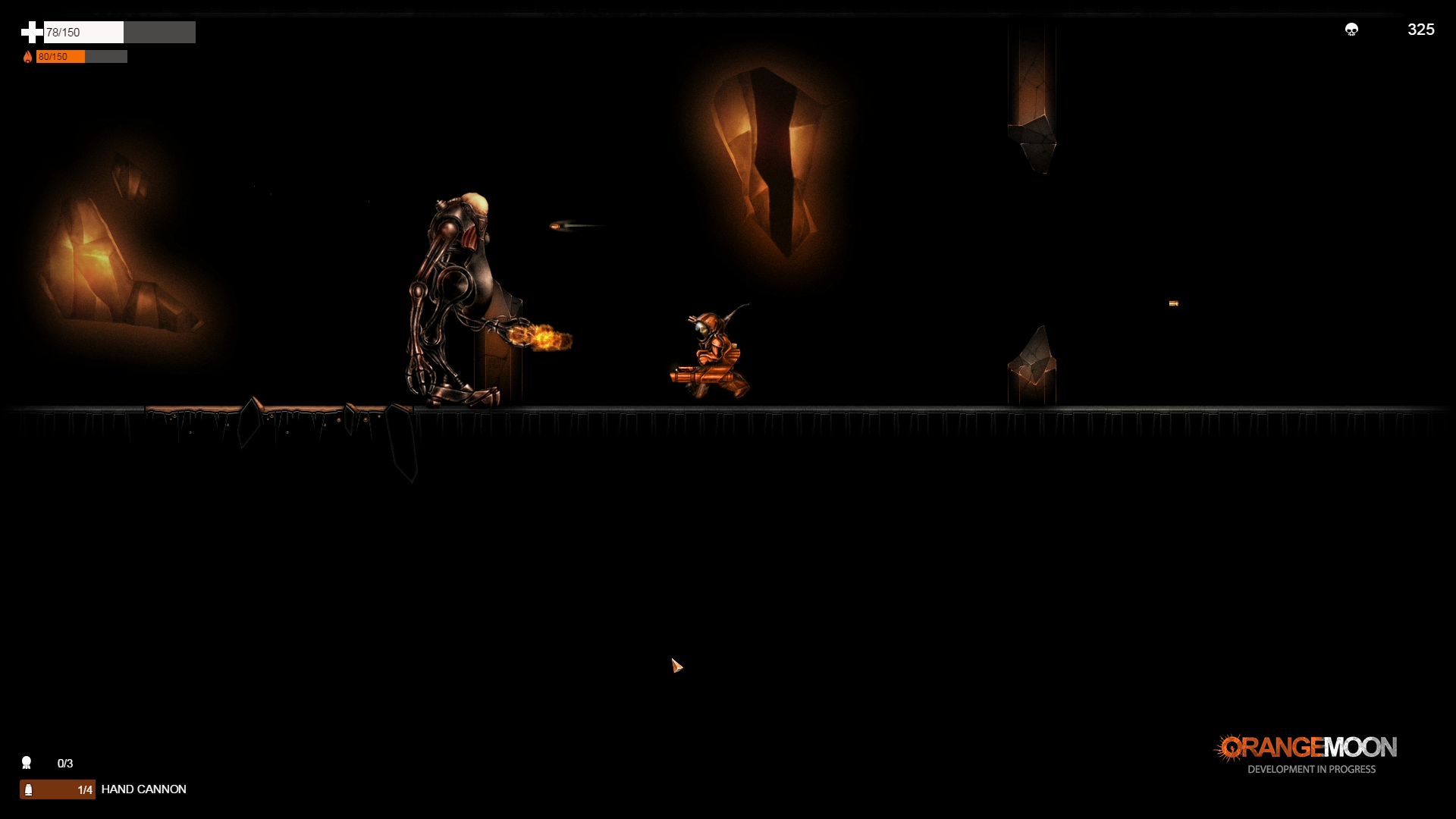 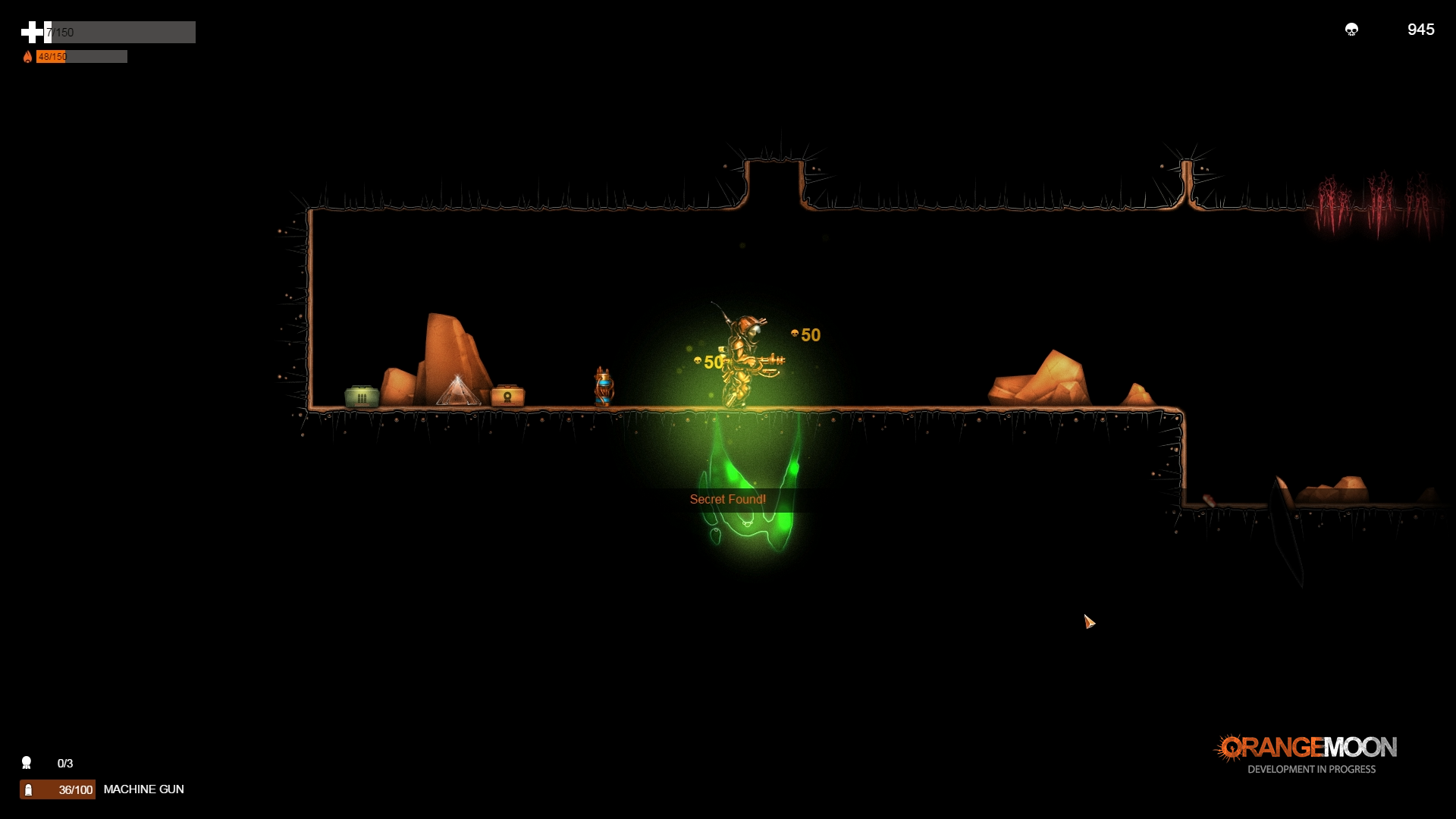 I believe that Orange Moon is now ready for Early Access on Steam and will be working in this direction.

Below is the list of features that are already in the game: