Ophelia is a 2D rhythm game for mobile devices revolving around a little witch, in which the player will need to tap in time with the upcoming notes, complete tasks, read the story, and watch as she becomes a proper witch.

Hello everyone! I hope you're doing well!

Today we are introducing our game, Ophelia.

Ophelia is a 2D rhythm game for mobile devices revolving around a little witch, in
which the player will need to tap in time with the upcoming notes, complete
tasks, read the story, and watch as she becomes a proper witch.

The game is being developed as an university project by two students.

The game is set on a rural town near the forest.
Ophelia is a young girl that, one day, while she was playing outside, trips on a
log and falls.
Particles fly from her outstretched hands, landing on a small squirrel that was
running nearby. Smoke surrounds the little creature, and when it clears out, the
squirrel has transformed into a fox.
Ophelia, stunned as she sees the newly formed fox running away, realizes that
she wasn’t as normal as she thought.
That doesn’t frighten her in the least, filling her with childish awe and
determination to improve and become a proper witch.

There is no text or dialogue, instead, it’s shown through illustrations.
When starting the game, the only story available will be the prologue. To unlock
the rest, the player needs to complete the tasks available.

Now let's get to the fun part!

The core mechanic in this game is playing a beatmap!

What is a beatmap, you may ask?
It consists in a song accompanied by notes that appear according to the rhythm.
The screen is divided by two, and there are circles in each side, and each one will
need to be tapped in time with the music, each tap being graded with “Miss”,
“Good”, “Great” and “Perfect”.
Each song varies in length and style, but all of them are divided by start, chorus and end.

The UI is not final, animations will added later!

Each song will have its own level of difficulty. The game starts with the easiest
as the unlocked songs, and the hardest ones will need to be unlocked, via mission
completion.
Each one will vary in speed, number of notes, and “timing window”.
The timing window consists in the radius of the area’s circle. 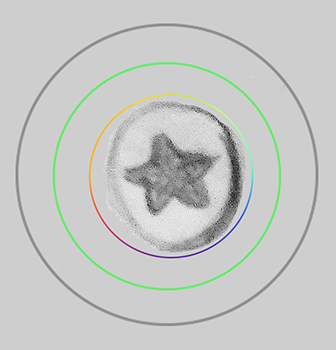 The difference between the easier and harder songs will be the speed in which
the notes will appear, and the number of notes per song.
Easier songs have a lower speed, and less notes.
Harder songs are faster and have more notes.

Tasks will be accessed through the main menu. They are essential for the story
telling, needing to complete them in order to access new chapters.
They consist in brewing potions, learn how to fly in a broomstick, transform
animals into something else, etc., which can be seen while playing a live.
Certain tasks will require a certain score or combo in order to successfully
complete them.
The success rate of the mission at hand will depend on the player’s score or
combo, though even if they fail the mission, the player is free to repeat it until
they do.
The player will receive a visual feedback on the mission’s status by having a
small animation of the witch performing said mission.
For example, breaking the combo will make her slip in the task at hand.

The art of the game has a soft feeling, with the aid of pastel colors, visible strokes and a
children’s book kind of art style.

It serves to accentuate that our protagonist is a child and helps bring together
the magical aspect! 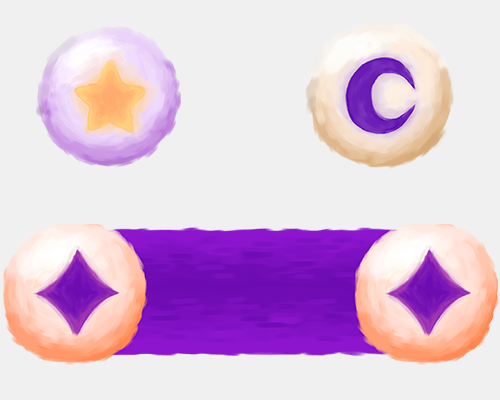 The current notes that appear in the game!

We hope that with this, you have a better understanding of our game!

We aim to keep you guys updated on your progress, and in the future, we'll go in depth in each aspect of the game.

Thank you so much for reading!

We hope to see you next time!