The latest update pushes Starpoint Gemini 3 into the beta stage. This changes A LOT!

Posted by DanijelMihokovic on Mar 23rd, 2020 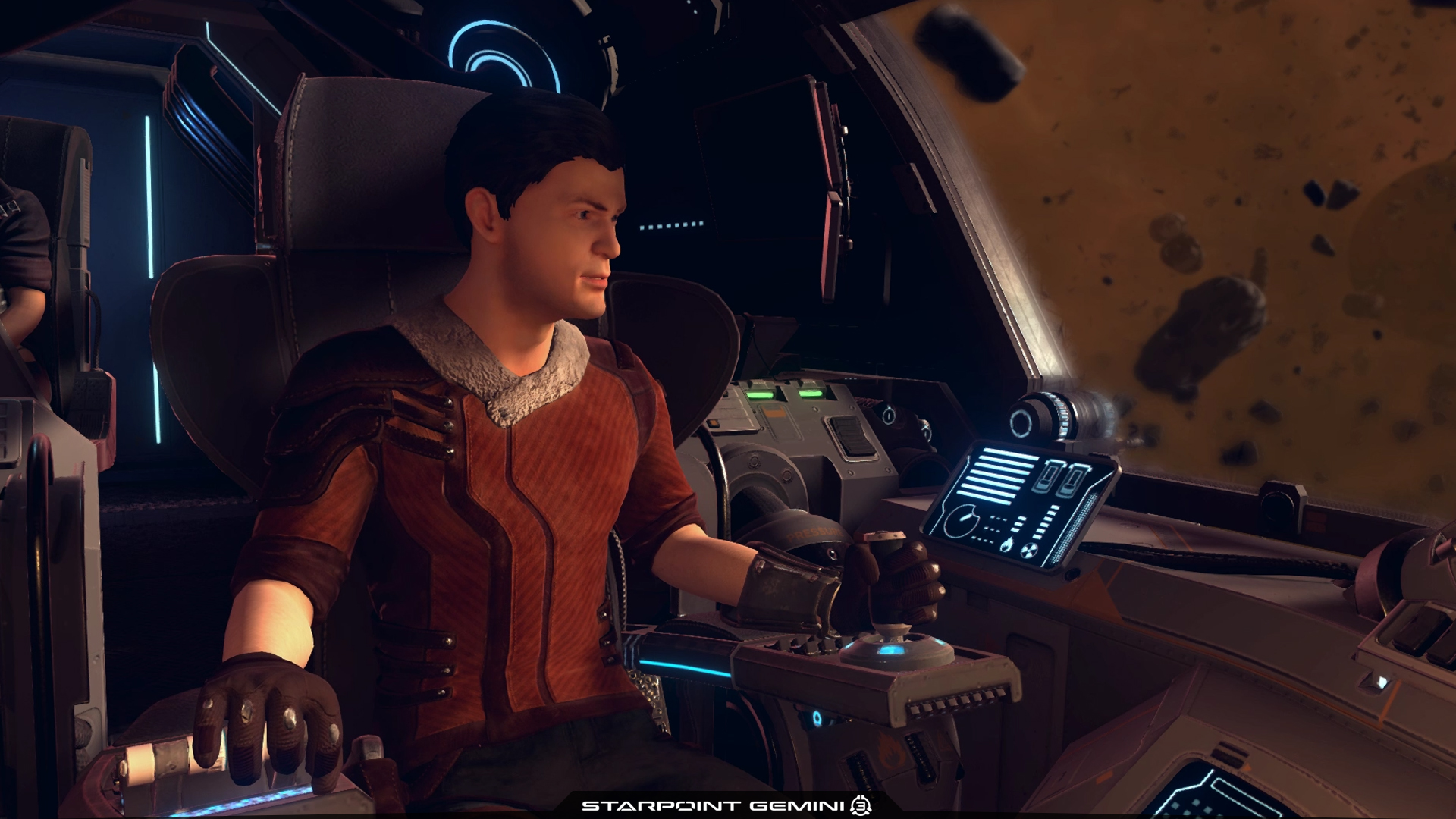 As one awesome man once said: „ That's one small step for a man, one giant leap for mankind. “, our Starpoint Gemini 3 development process is currently at one such crossroad. With Roadmap milestone 5 being reached, we're entering the second half of the entire process.

First of all, you've probably noticed there was a longer pause between the last two updates. That was planned since the amount of assets and features needed for this cross into the beta stage was really huge. After all, you'll get the chance to check it all out!

The roadmap originally called this milestone „Narrative“, but we'll call it „Beta“, since the size of this update grew significantly in the past months. Everything planned for the Narrative update is here, but so is a lot of other cool stuff. 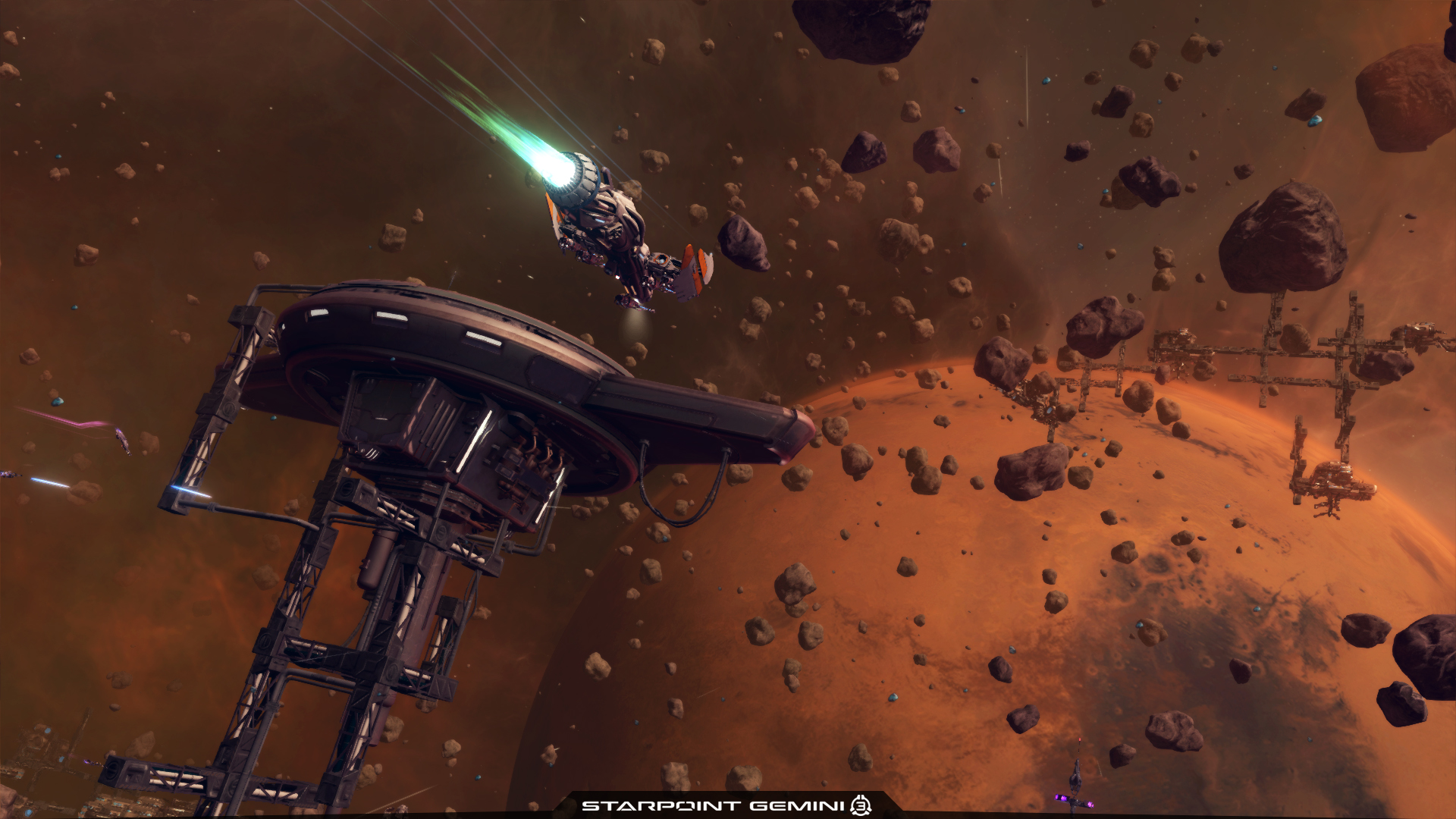 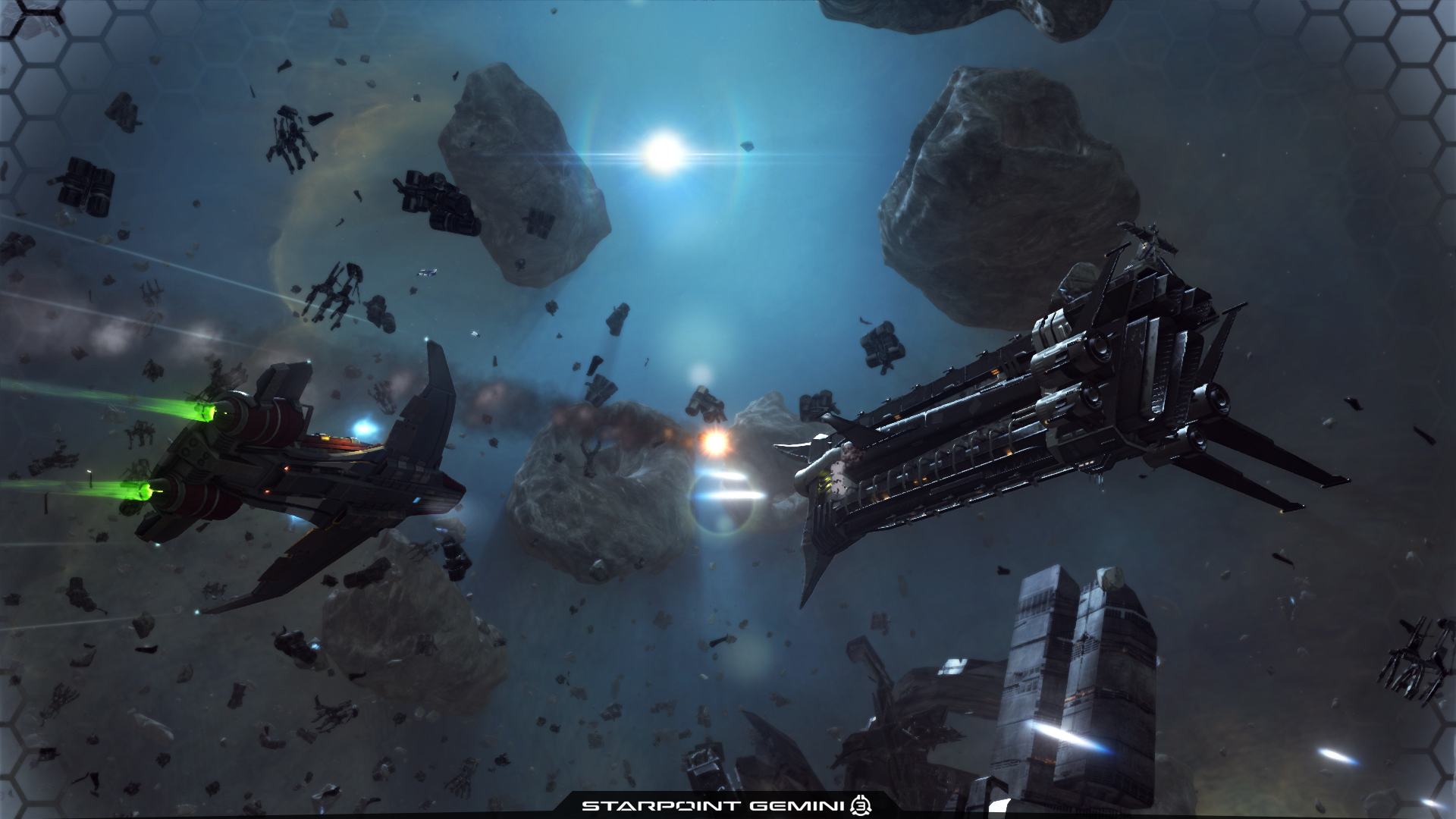 So, what's new? Well, to check this out, you'll need about 5 seconds of playtime - starting with the main character. Jonathan Bold was given a complete overhaul, from the 3D model to animations. The old model has been removed, since, you know... Gemini isn't big enough for two Bolds.

What's more important is that Bold's journey continues further with this update. For the first time after Early Access launch, the main campaign is unlocked several steps further. There are new places to visit, new characters to meet, new intrigues to uncover... In the new missions you'll be able to start noticing changes in the main character’s personality. These changes will become more and more significant later on as we near the final stages of the campaign. The beta game version does not enables the entire storyline, but pushes it several steps ahead.

All of you that already played through the game, will also notice that the first part of the campaign has also been upgraded with new animations and scenes. This is the plan till the end of development - to upgrade and polish everything, including the already implemented game elements.

For destruction-oriented addicts we also have a couple of treats. The first is the arrival of anti capital ship combat mechanics. You now have weakpoints to target and exploit on these juggernauts, but beware - they also bite back and usually aren't alone. Note here that this system is just a small part of what we'll need later for player commanded capital ships. The second treat in this category is the addition of ADAH combat mechanics - our sweet drone can now encounter bad drones and waste them. ADAH can also find and gather loot on her away missions. Oh, and did I mention that the ADAH model is also replaced with a new enhanced one?

Of other important news - we've revamped the loot reward system, mining rewards including „rich asteroids“ system, made changes to the UI and added a number of UI elements, added lots of events, encounters, between-faction events... Basically, the freeroam dimension of the game is also getting a serious boost. More places to visit, more stuff to see and more events to participate in. All of that will generate more opportunities for experience and level gains and ship improvements. 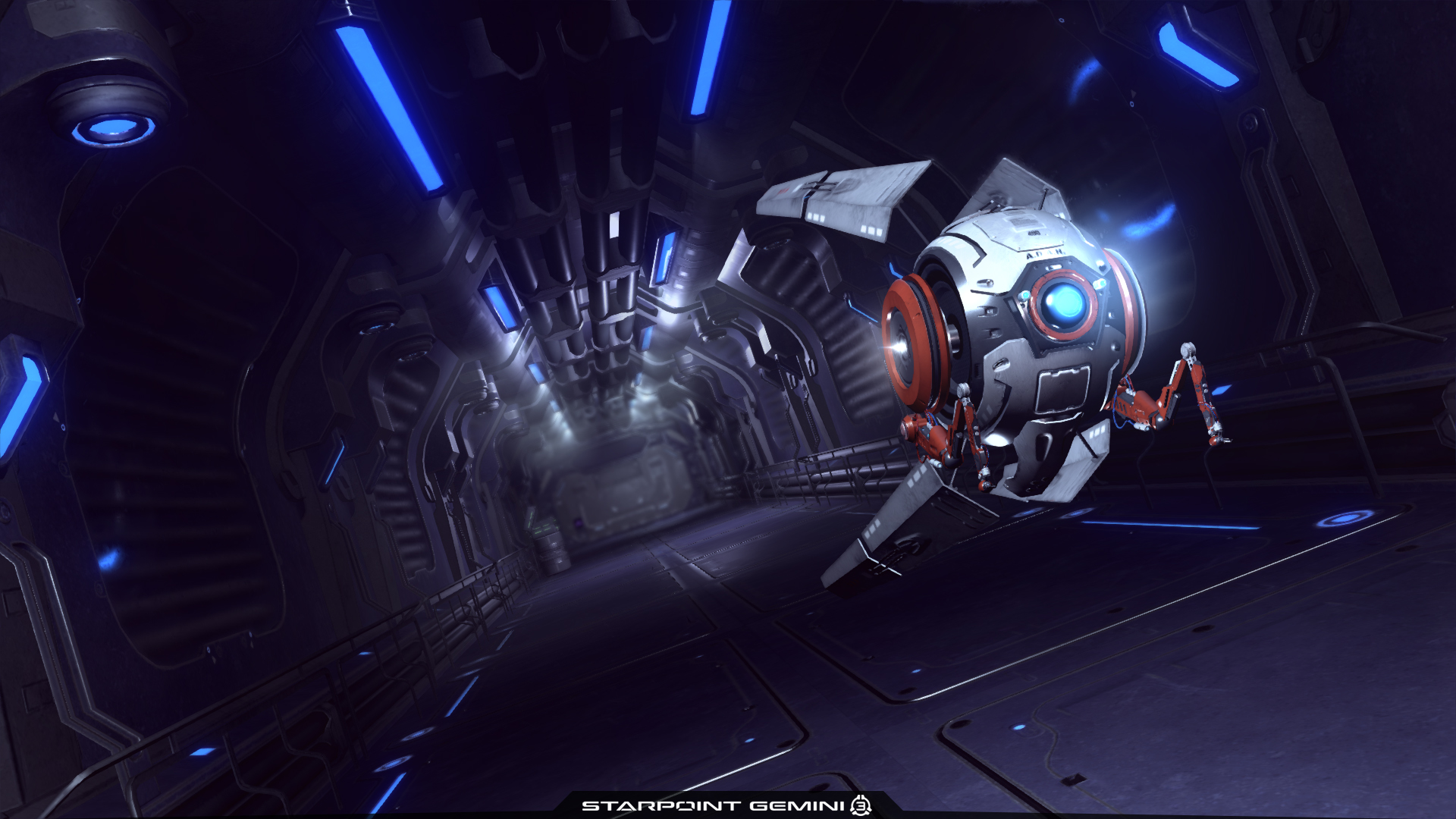 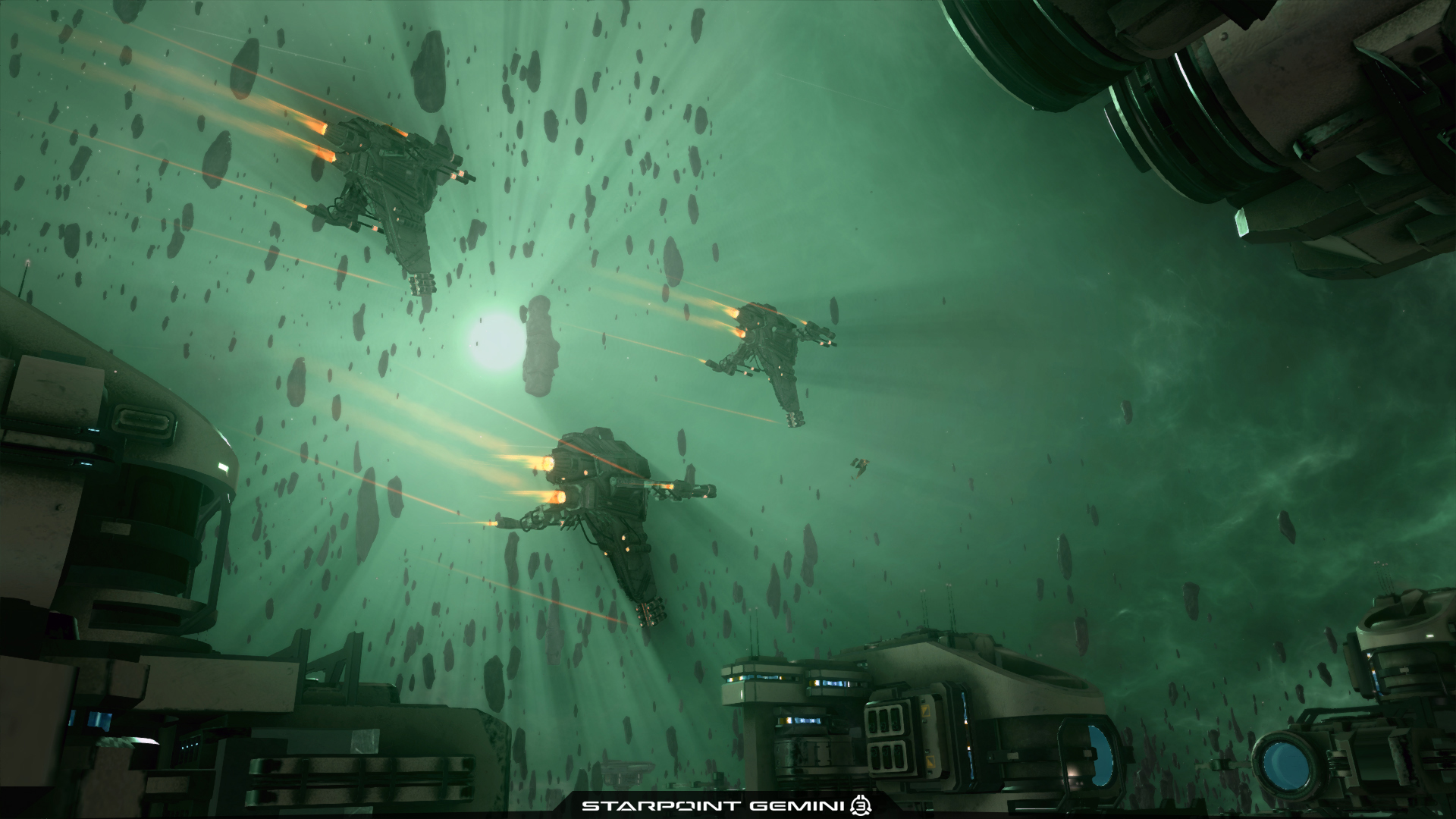 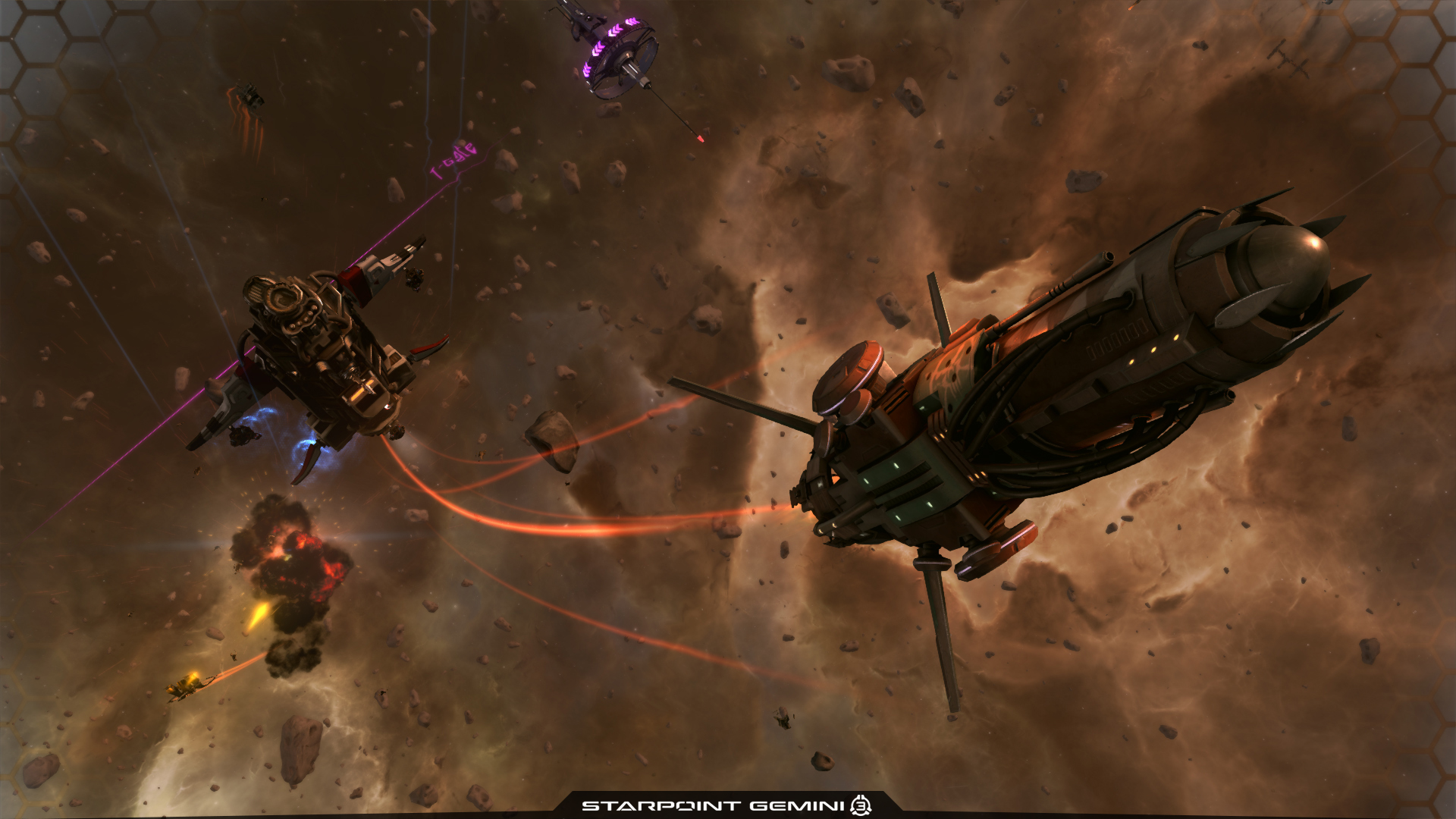 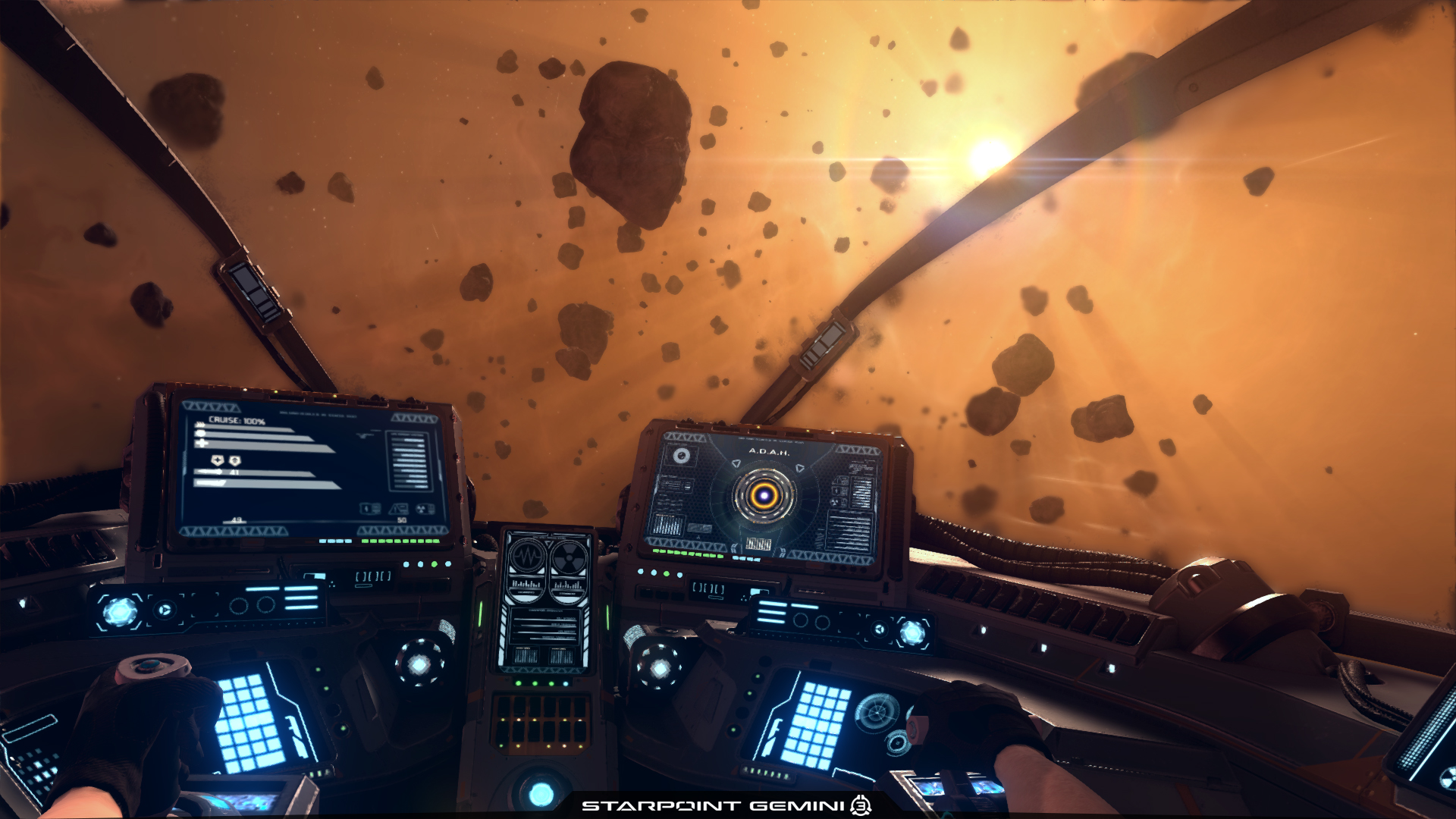 Before we post the intricate details of this mega update, one information for all players - as we already mentioned as expected situation earlier - from this update you, unfortunately, you won't be able to use your old saves. We tried our best to keep the consistency of save files throughout all updates since September last year, but this massive update simply changed too much, both in the campaign and the freeroam mode. Forcing old saves to work with this version would cause a lot of unforeseen issues, so it was unavoidable. If all goes according to plans, this will be the only such situation during development, and we figured it's better to do this synchronization now rather than later when much more gaming hours could be in jeopardy. We hope you understand why we had to do this.

We'd also like to note that, despite the fact that the game is now largely improved and expanded on, development is still some ways off from being finished. All features included in the beta update will now be polished and tweaked according to requirements and feedback from players, plus we still have some major stuff to add, like player capital ship, remaining maps, rest of the campaign etc... A very busy schedule is ahead of us, but hopefully this update will give you all a taste of what's to come soon! 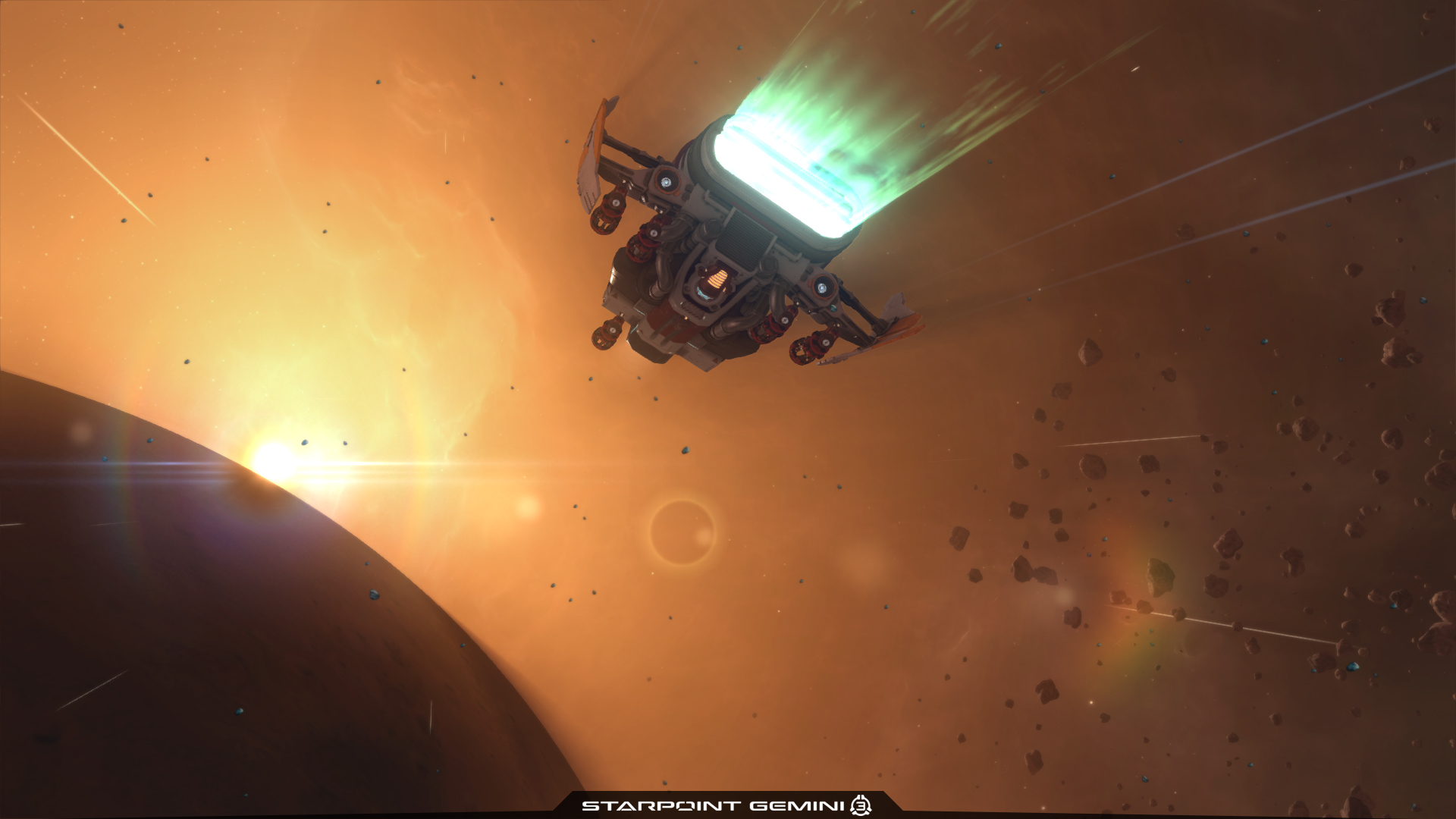 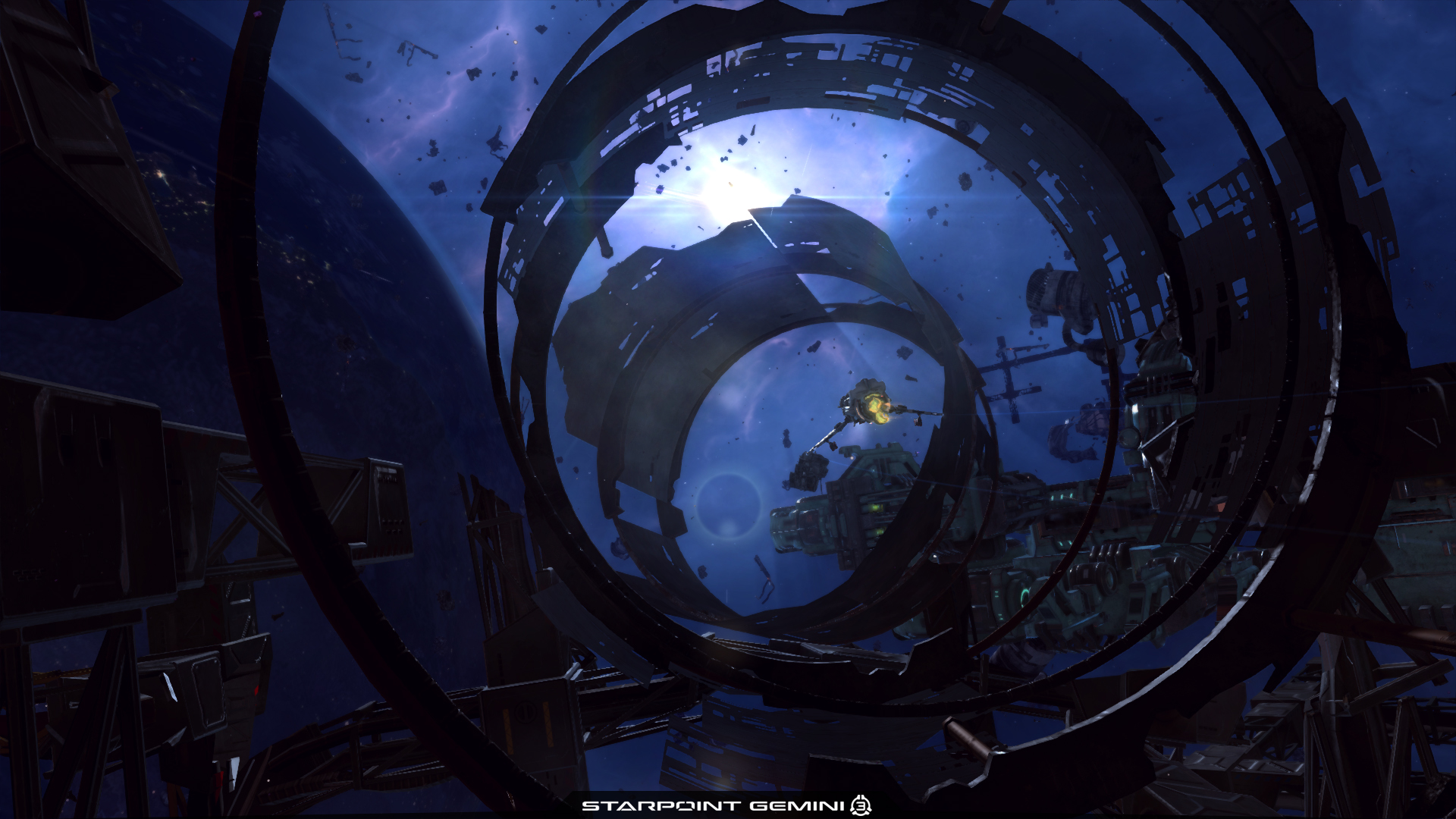 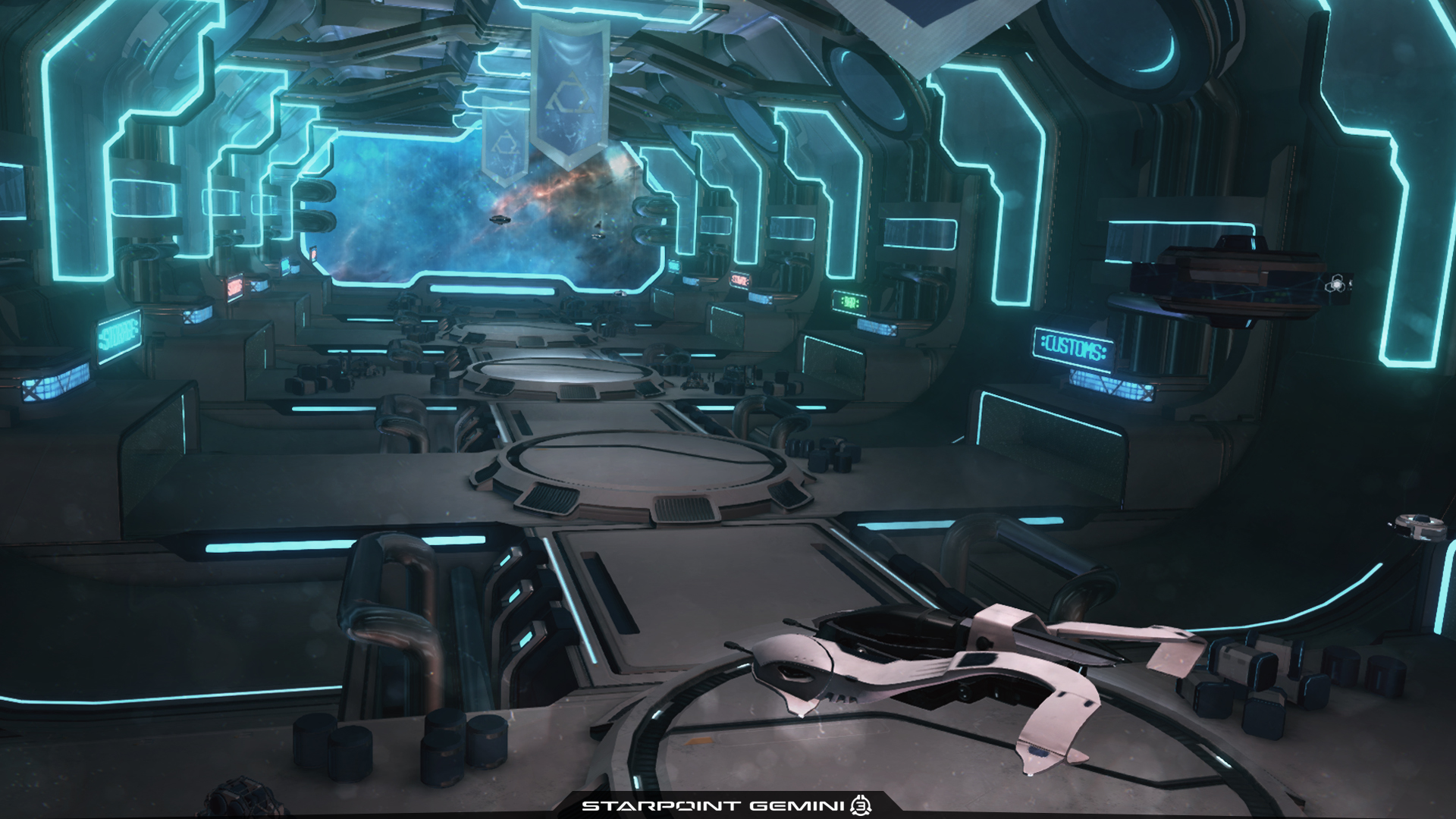 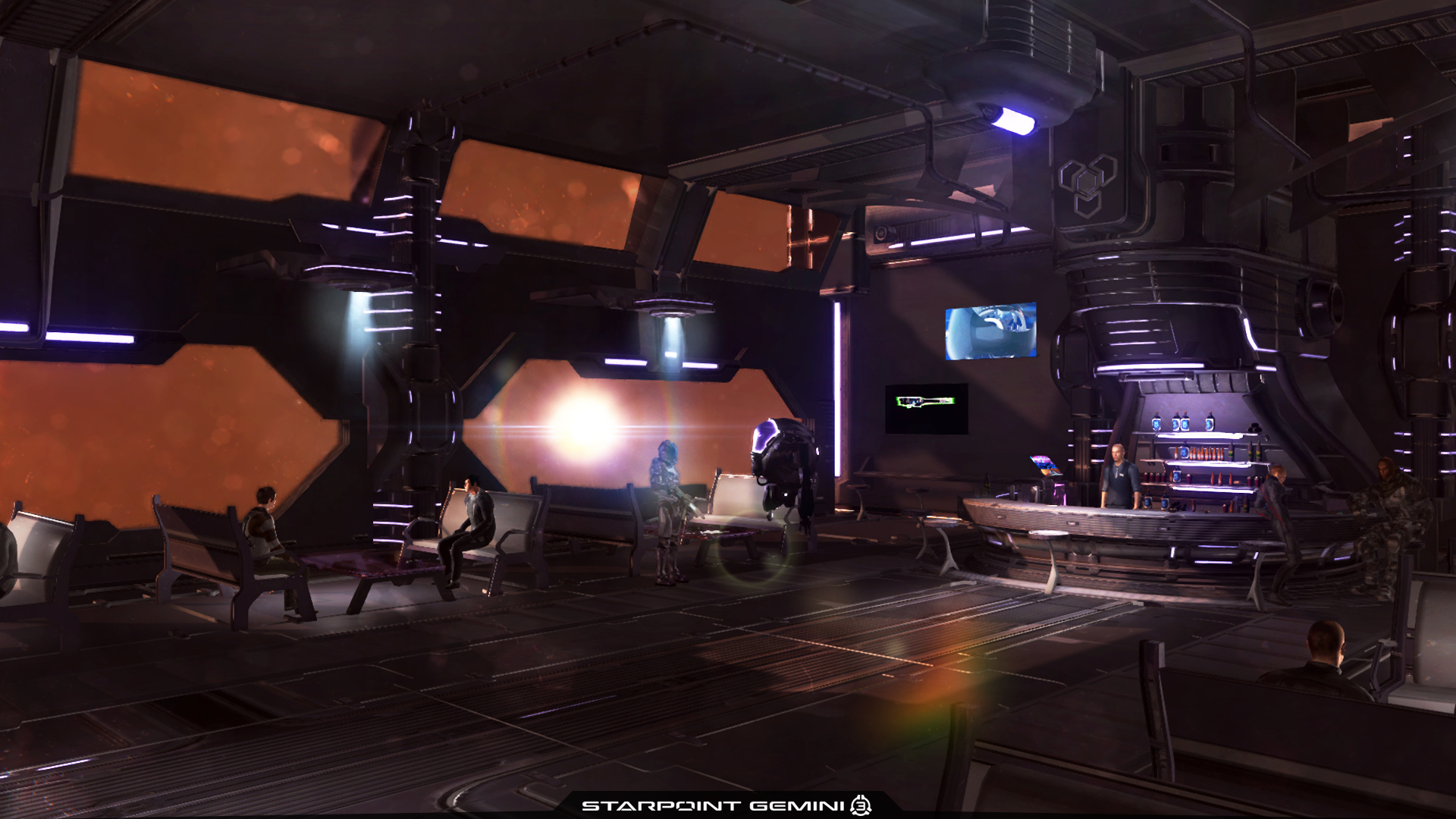 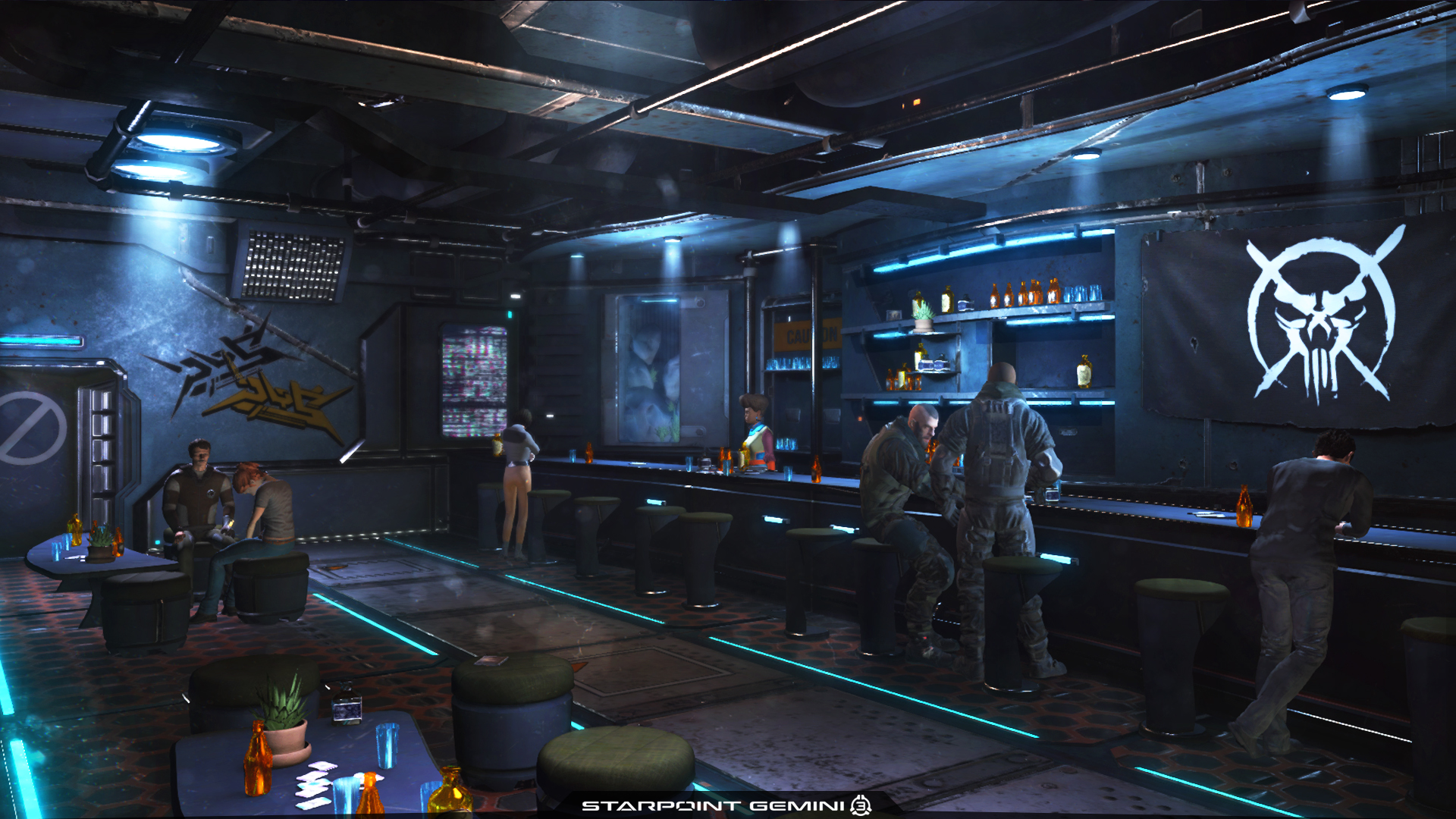 The complete change-log can be found below.