The role of Level Designer is the final result of previous work from different departments:

Once all of this is done, the level designer is able to build the level.

It’s common that the work from the 3 departments gets intermingled often, with a lot of feedback in the interests of a high coherence and unity in the final results.

The tilemap’s size is 1792x1632 pixels. The size is not casual: once is done, we add a padding (every tile gets an extra 4 pixels in all its sides) to the tilemap. Why we do this? When we map the atlas UV coordinates to the mesh coordinates, we must be careful because Unity engine has a slight error margin that can cause awkward gaps between the tiles.

Once we have the tilemap done, we can see in a clearer way how we can create the entire level architecture. For example, we have the desert tilemap: dry and cracked floors, some basic buildings, ruins and decorative assets, etc. The general objective is to convey the wilderness of the desert and the punkies that inhabit it.

The main idea is to give as diversity as we can to each tilemap so we can enrich the whole world we are creating. 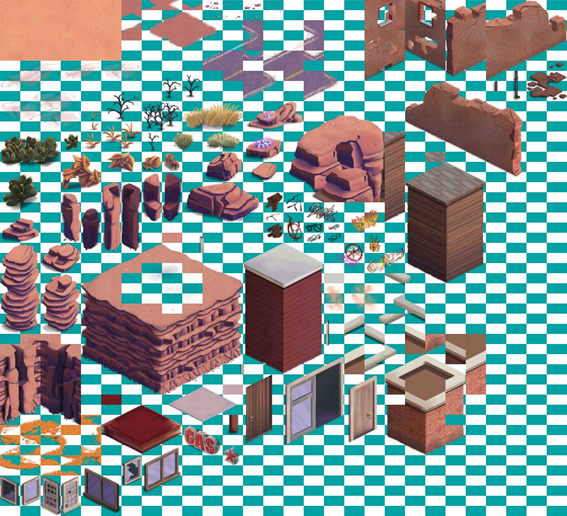