Posted by rafaelmfernandez on Apr 9th, 2016 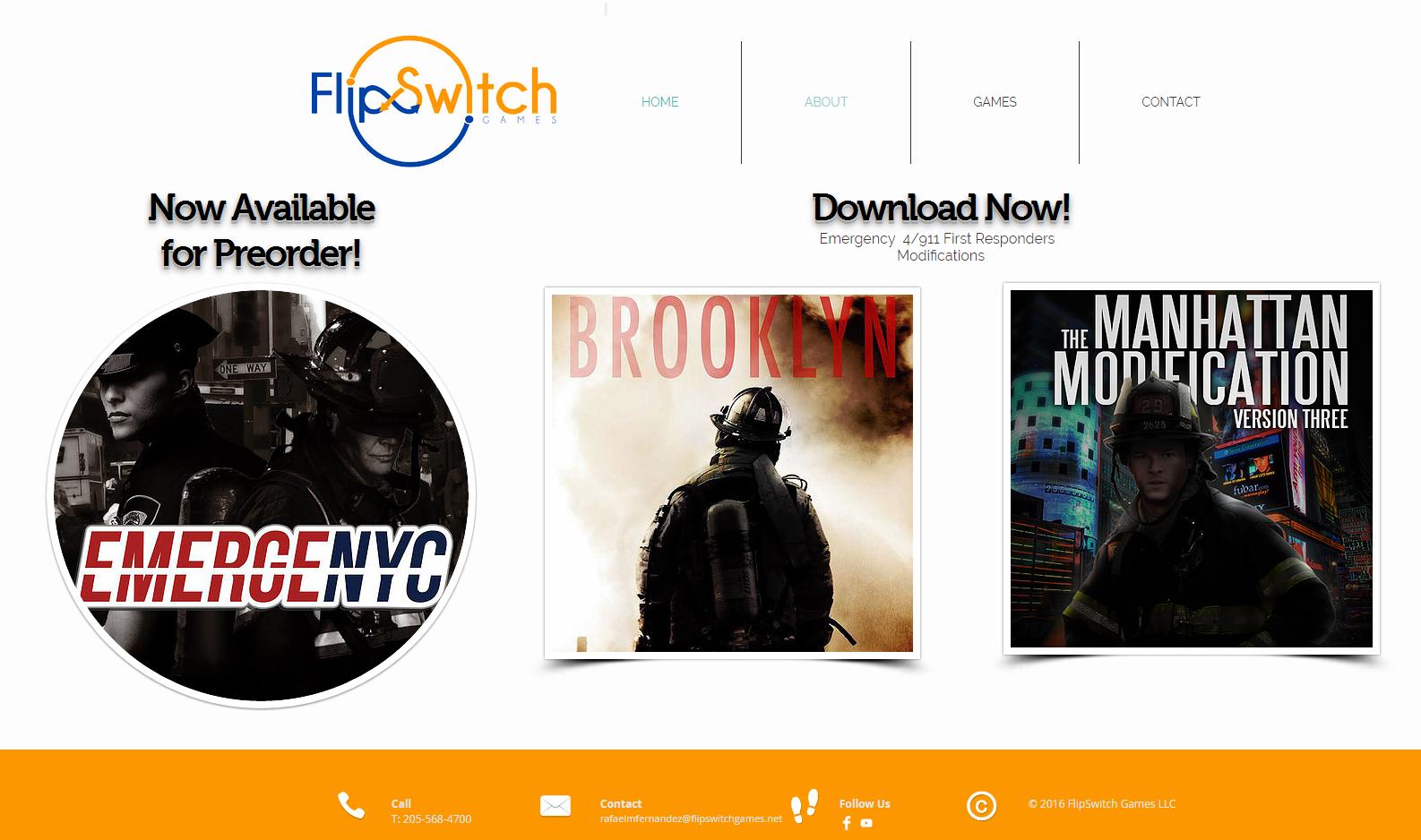 FlipSwitch Games official company website is now up and running!
Here you will be able to find all info and the downloads for the mods.
Also we have reopened official preorders on this site for EmergeNYC. As many of you may know, recently the development team split and I took over EmergeNYC once again. DO NOT make preorders off of this website: Emergenyc.net

This website is not affiliated with FlipSwitch Games any longer and we are in the process of having it shut down.

The preorders that were made before were being sent to Sanders, when we split, I asked for a list of the preorders so that the people who had preordered before, would still receive their steam key even though all of those funds went to him. He denied the request making things much more complicated for all of us.
So on the bottom of this page: Flipswitchgames.net
we have included a form to fill out to redeem your previous preorders.

Fill it out and send it and I will take care of it. For the kickstarter backers, there is no worry, we have our official backer list and all your rewards remain the same.
For preorders, donators, and kickstarter backers, we will contact you via Email and updates on our networks to inform you when the pre alpha is ready for testing.

We have decided that we are no longer going to have a forum for the game at this point in development due to the size of our fan base. Once the pre-alpha is released, we will open a new forums open to all members to post in and share bug reports.
In the mean time, enjoy our new website!