This update is talking about a few new developments, some further plans for the game and its release, and with a new free wallpaper. 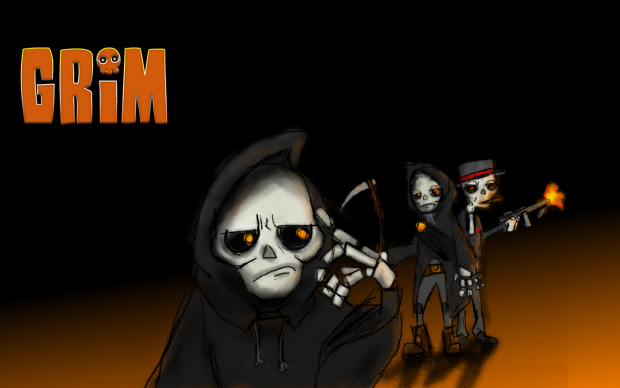 In slightly more interesting news, while Andy works on a few new assets to show off, we've been planning ahead and thinking about release and funding. The current plan we've decided on is to go down the Kickstarter route with a low goal of just around £1000 to buy Unity Pro, with any extra money raised going towards improving the overall product through the hiring of other modellers/animators and the creation of a custom music score.

In terms of actual updates to the game, I've actually gone in and removed the character controller preset I was using before, instead moving all the functionality from that into my own custom player controller script. In short, this gives us much more control over how and when the player can control Grim, allowing us to finally add back in more advanced movement like double-jumping, gliding and ledge grabbing. We hope to put together a new video to showcase this stuff, along with the new player model and animations as soon as we can, but until then, here's our last vid if you haven't already seen it:

Until next time, then - Cheers!