Oculus Rift headsets are finally making their way into retail stores beginning May 7.

The Oculus team have announced that beginning May 7th you'll be able to demo and purchase the Oculus Rift at Best Buy locations across the U.S. The team have been copping some serious heat for the delays in getting pre-ordered headsets to their customers, and if you are one of them you will be able to purchase a Rift from a retail store instead. Here's some of what the team had to say:

We know that many pre-order customers are still waiting for their Rifts, so we’re offering those customers a chance to purchase Rift from retail instead – while keeping their pre-order benefits, like the EVE: Valkyrie Founder’s Pack and priority status for Touch pre-orders. Starting May 6th, if you’re interested, simply go to your order status and let us know you’ve purchased a Rift at retail, and we’ll cancel your pre-order. Your EVE: Valkyrie entitlement will appear in your order history. 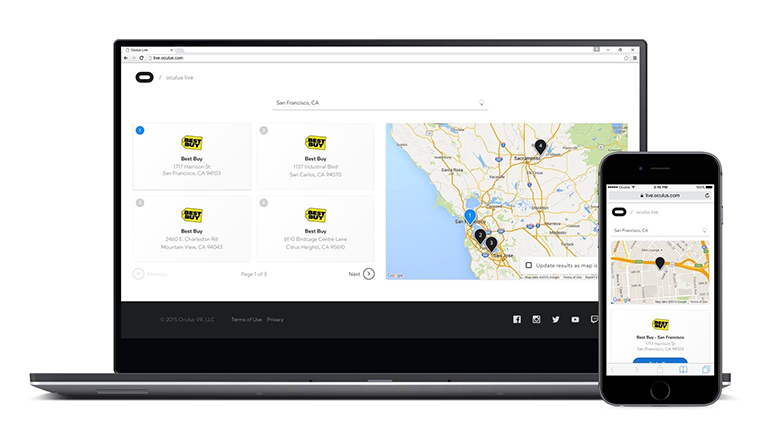 A small number of Rifts will be available for purchase at select Best Buy stores starting May 7 and online from Microsoft and Amazon, starting May 6 at 9am PST. Quantities will be extremely limited while we catch up on Rift pre-orders.

Oculus Live has also been announced, allowing the opportunity to schedule and demo an Oculus Rift prior to purchase. For more information head on over to the official blog post.