Features:
*Savegame backward compatibility fully functional. This allow me to do minor changes to the data being saved without invalidating previous savegames.
*Savegame release/debug build compatibility. Allows me to load a saved game from a release build into a debug build to investigate bugs much more easily.
*Compress save game data. With the backward compatibility feature in, the save game file became very large. Compressing the data fix the problem.
*added SSL compatibility in the launcher/patcher app.
*Added a visual meter to show the amount of resources secured to build a station/component in the tooltip when hovering over the building part. 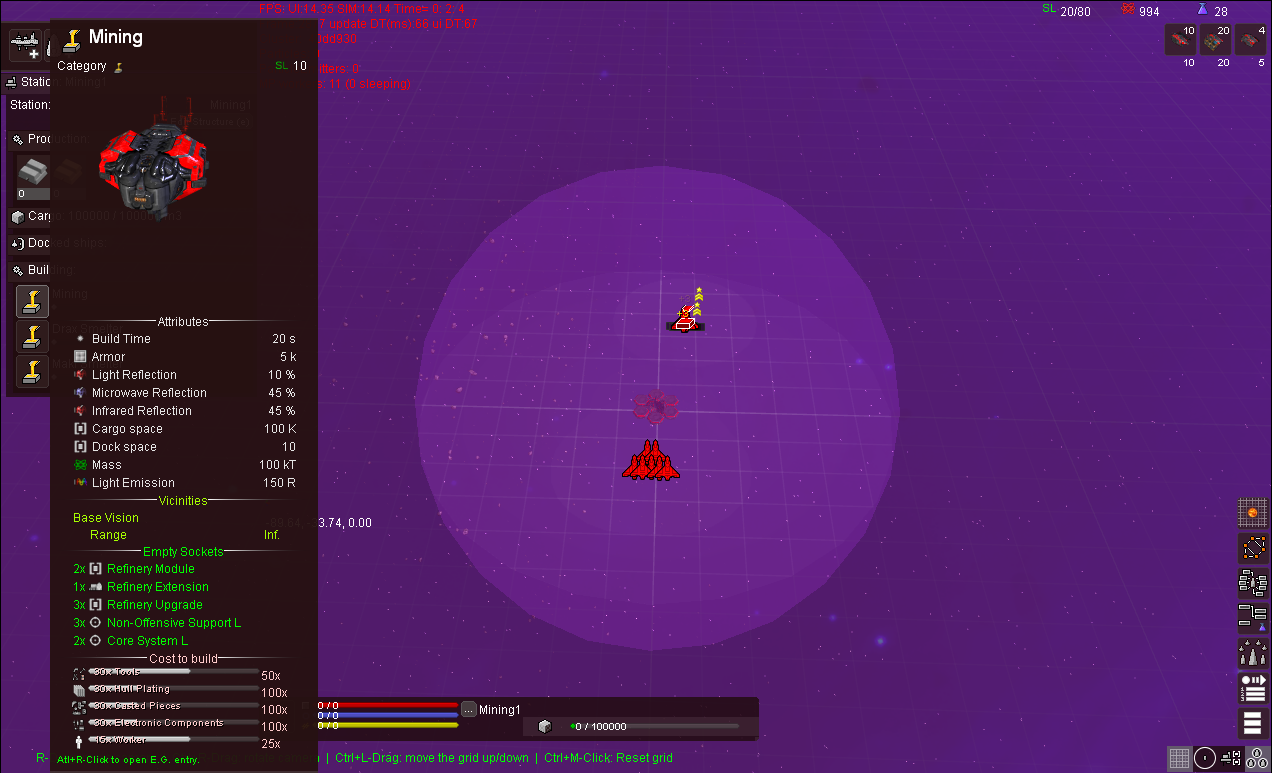 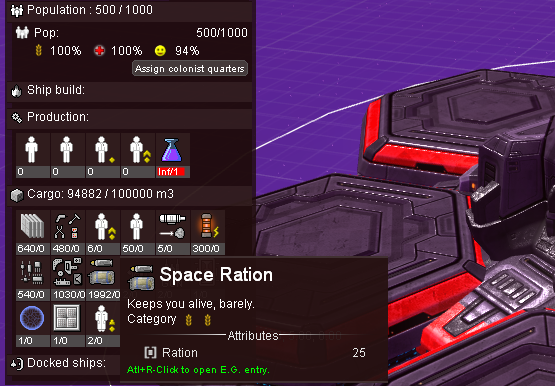 *Cleaned the tech tree of placeholders and re-balanced it slightly 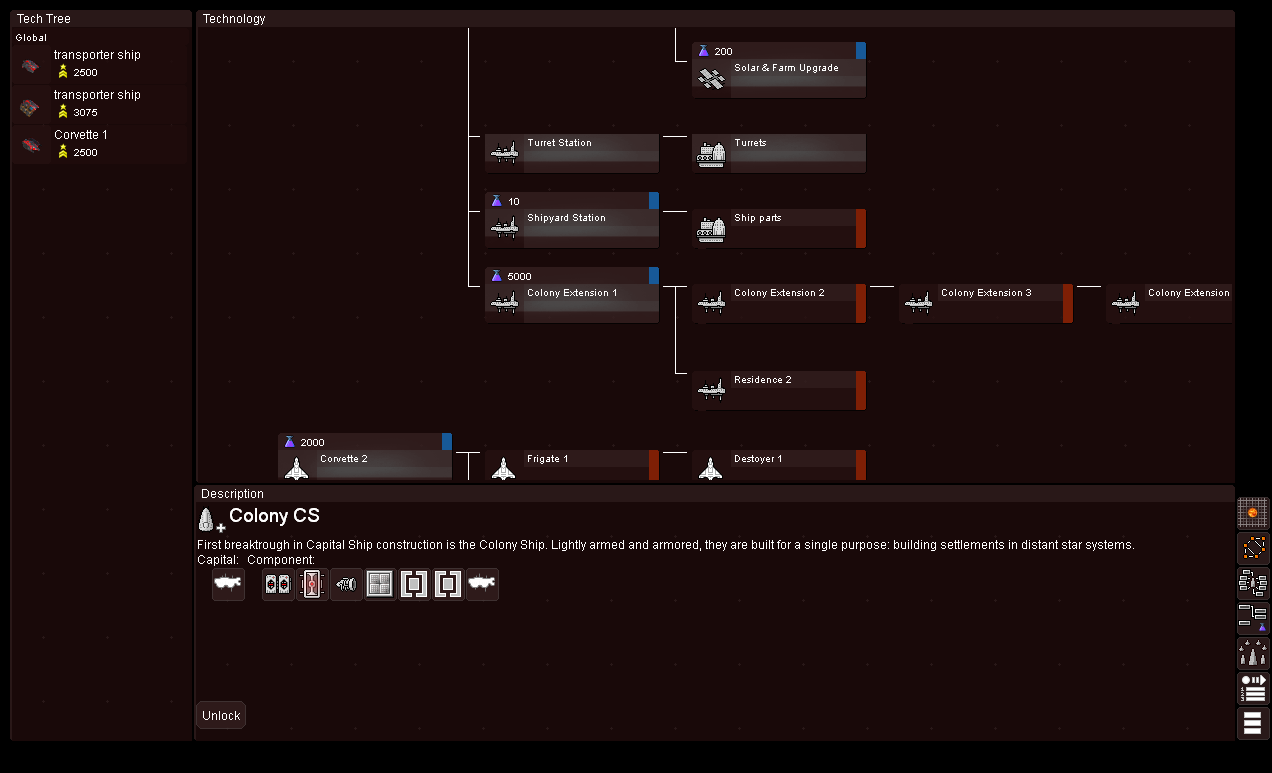 Bug fix:
*Fixed a bug with transport orders
*Fixed several bugs that would get some objects deleted twice.
*Fixed bug where objects not from storage got deleted when unloading a game
*Fixed several GUI bugs
*Fixed pointer to UI object would get saved in savegame file.

Current task:
*The launcher/patcher app needs to ask for a game key to be able to download and install the full game.