Comic Con London, Jellyfishes, and more information on what we'll be adding for and after the first multiplayer release.

This week the team have been making good progress with multiplayer, testing replication and squashing bugs.

Earlier last week I was at Staffordshire University, giving a talk to their students and lecturers about production methodologies. I’ve been at Comic Con over the weekend which was fantastic, so thanks to everyone who came to say hi and have a go on one of our early access builds of the game!

Much placement has been done. Very dense. Wow. A lot of revamped undergrowth has been put into the level, to help with population of more open areas. Almost all of which is completely interactive, and we’ve established a near seamless level of detail system for large spaces so you’ll barely notice that stuff in the distance being any different.

Massive credit to the developers here as this has been enabled through some code wizardry. I’ve also been putting together a lot of prototype assets for future features, weapons, defences and utilities.

I’ve managed to get most of the AI multiplayer bugs fixed this week, so much so that I’ve been looking at general bug fixing. I’ve also been looking ahead to the release after multiplayer to decide what creatures we want to introduce into the world next...

This week i have been working on bug fixes for smash physics over the network as well as multiple level streaming issues to prevent you spawning and falling into the abyss we have under the world.

Finally! Planets move through the sky! Sunlight bleeds through foliage! I’ve also been working on integrating a whole host of new foliage assets to make our levels feel much less barren. I’ve refactored our Foliage shader to make it better looking and more efficient. Also created a level of detail mesh for landscape in our new map (so you can see the entire level in the distance, for very little performance cost!).

I’ve been working on bringing APEX destruction to multiplayer.

This week I’ve been soaking up the rays, my power rating has increased to over nine thousand. I will stop at nothing to find Vegeta and bring him to justice. All it will take is one punch. I am Rickoku, master of pasta! 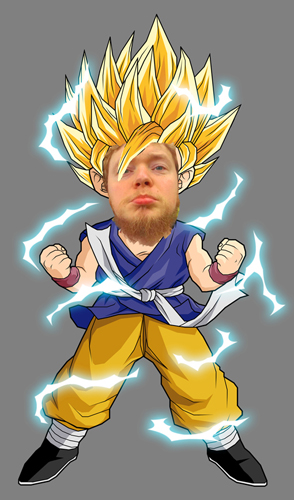 This time around I actually have interesting things to show you, guys. Finally, not just bug fixes :) For starters, I started having a look at a proper Biomes system and it looks quite promising already, despite still being on paper. The idea is to have areas of biome influence covering the land, which interested objects can read from, e.g. a Hive trying to send enemies to attack you can add some biome - specific creatures to the mix, depending where you build your outpost.

As for the pretties, I managed to squeeze in some work on the look and feel of the Auto Turrets. We weren’t happy with the way they fell behind the other, newer turrets, so we revamped their firing style to be more of a futuristics machine gun. I hope you’ll enjoy them even more now. 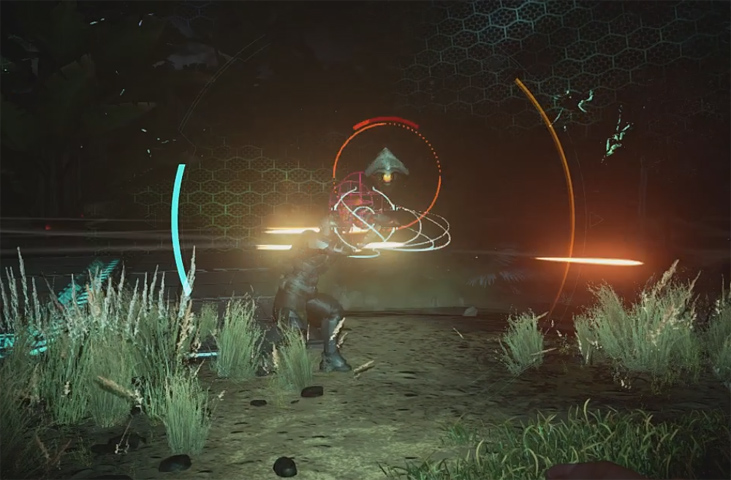 I also managed to prototype a couple of new features. One of them is the ability to mine Splintermite shards as a resource. We are very excited about this, because it would be the first enemy-generated material in the game. 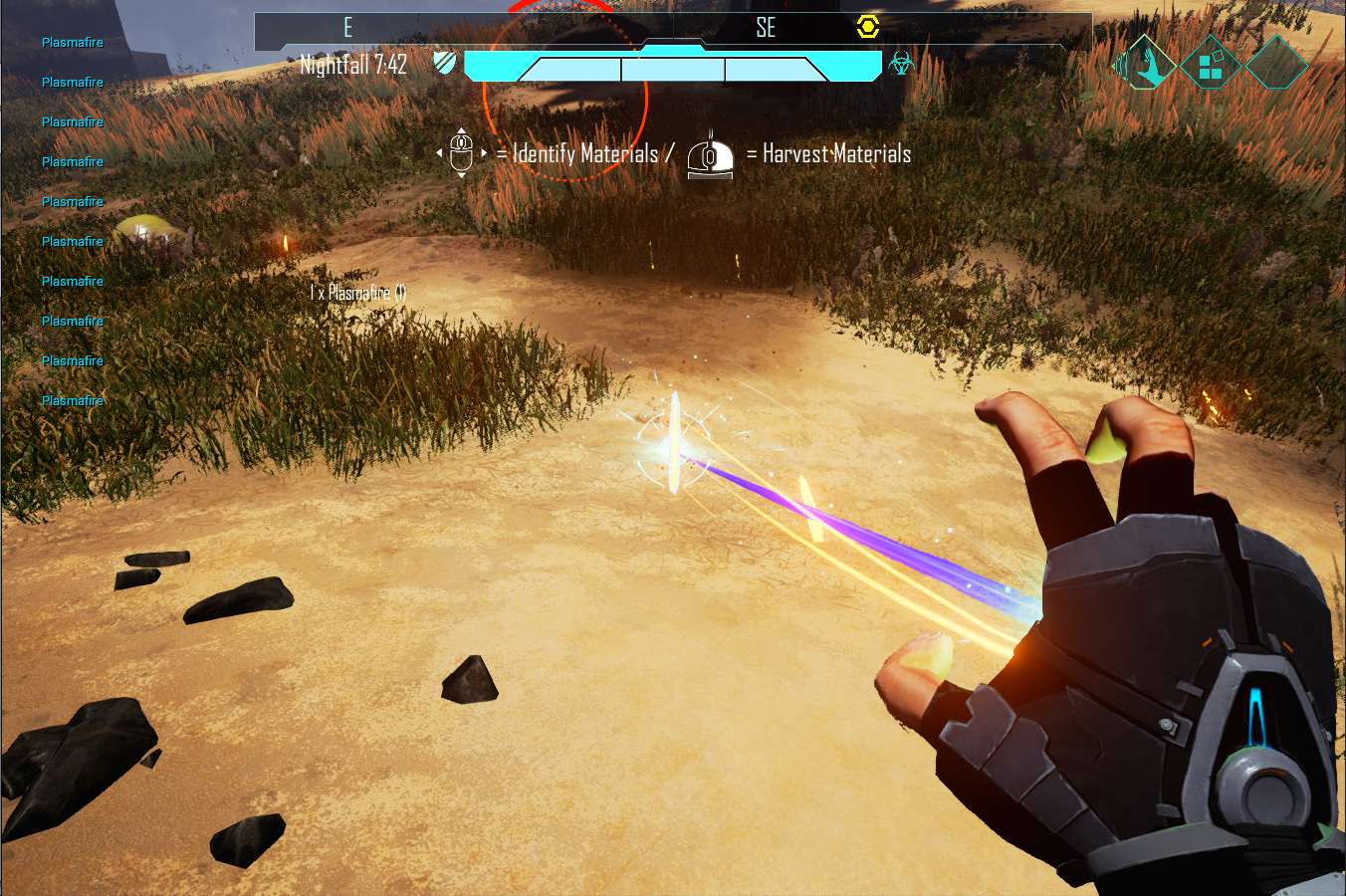 The other feature is a Spawn Location Selection Screen for multiplayer game. This one will give you the ability to choose a location to respawn after death, instead of having to rely on randomness. This one is pretty important as it introduces a lot of systems we could use in the future in other areas of the game, e.g. minimap or fast travel. 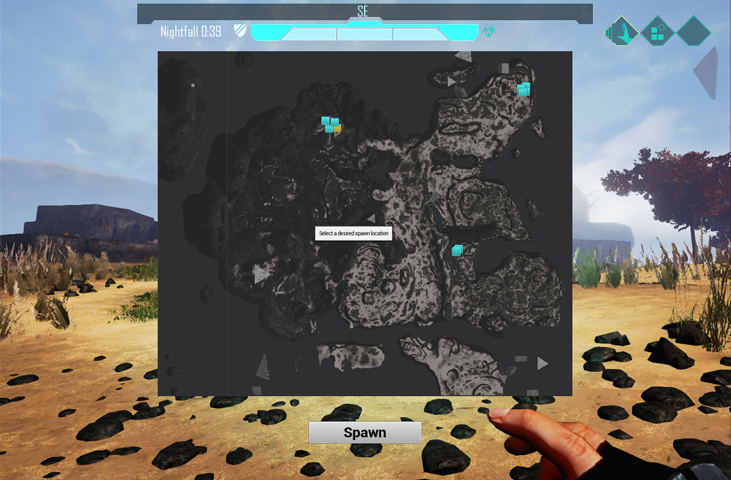 This week my main focus has been on the new level and starting to ramp up the quality of the different biomes especially the swamp biome and the areas where the player will spawn which mainly involved increasing the number of assets to allow for a greater visual and gameplay experience when you first land on Pharus 7. We have also revamped some of our low lying foliage both visually for the non destructible elements and technically for the interactive elements.

Working away on the Jellyfish paint and detail sculpt, as well as new water biome assets!

This week I have been working on the environment audio placement throughout the level, such as waterfall, forest, swamp, rivers/streams, and underwater sound effects. For more populated area the attenuation is more quiet compared to the populated areas within the level. I have also created audio for the hives, crumbling rocks which needs a bit more enhancing on. I shall also be working on creating sounds for the generators, alien IKA, walking through bushes sound and tree destruction which needs improving.

This week I have been testing multiplayer, implementing and tweaking 3rd person animations and working on various bits and bobs, bug fixes, and anims for future cool stuff.

This week we've been working on some creepy and disgusting things for the levels with our character artist Tom and art overseer Matt. You should see it in the game within the next Eleven years so keep an eye out :)

I’ve spent the week testing multiplayer. Once all the serious testing was done, we actually had a bunch of the team join the server and just play about. Taking on a hive with your friends is so much fun. So is shooting them from a cliff knowing they can’t see where you are.