This week's focus is centered around the Pre-Alpha release and how you, the community, can help improve the game. Our team is still hard at work preparing the first patch and continuing to work on future content.

THE PRE ALPHA AND YOU!

This week's focus is centered around the Pre-Alpha release and how you, the community, can help improve the game. Our team is still hard at work preparing the first patch and continuing to work on future content.

The first patch release date and its content will largely depend on you and what sort of suggestions and bugs you bring the team. While I don't have a ton of content to provide you this week (prepping the forums for the PA took a majority of my time) I do have a few screen shots to show you!

I'll also be discussing the future of the weekly updates. While they won't be going away, we will be shifting to a slightly longer delay between updates. This is so that I can bring you more content at once rather than short blurbs.

First, we'll look at a few things that will be coming in future PA patches.

The team isn't happy with the current season panel and will be switching it over to to a more condensed and straight forward design which you can see below.

What to expect in a future PA update with farms. 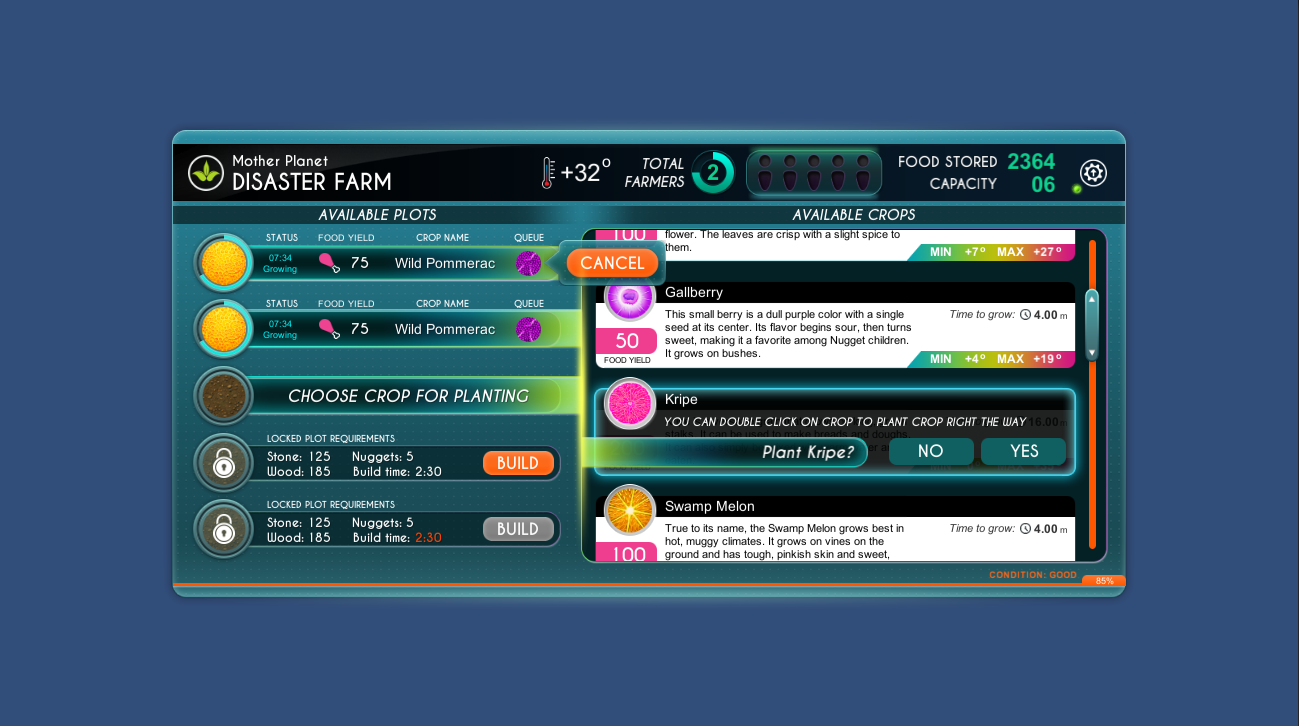 Above we see the farm panel. Once the farm update is live you'll be able to select various plots of land for planting as well as the various seeds you can plant. The top portion of the panel contains your stored food levels, how many farmers you have and the current average temperature

With the upcoming change to the season panel you'll be able to gauge the best time to plant seeds based on their min/max temperature tolerances. 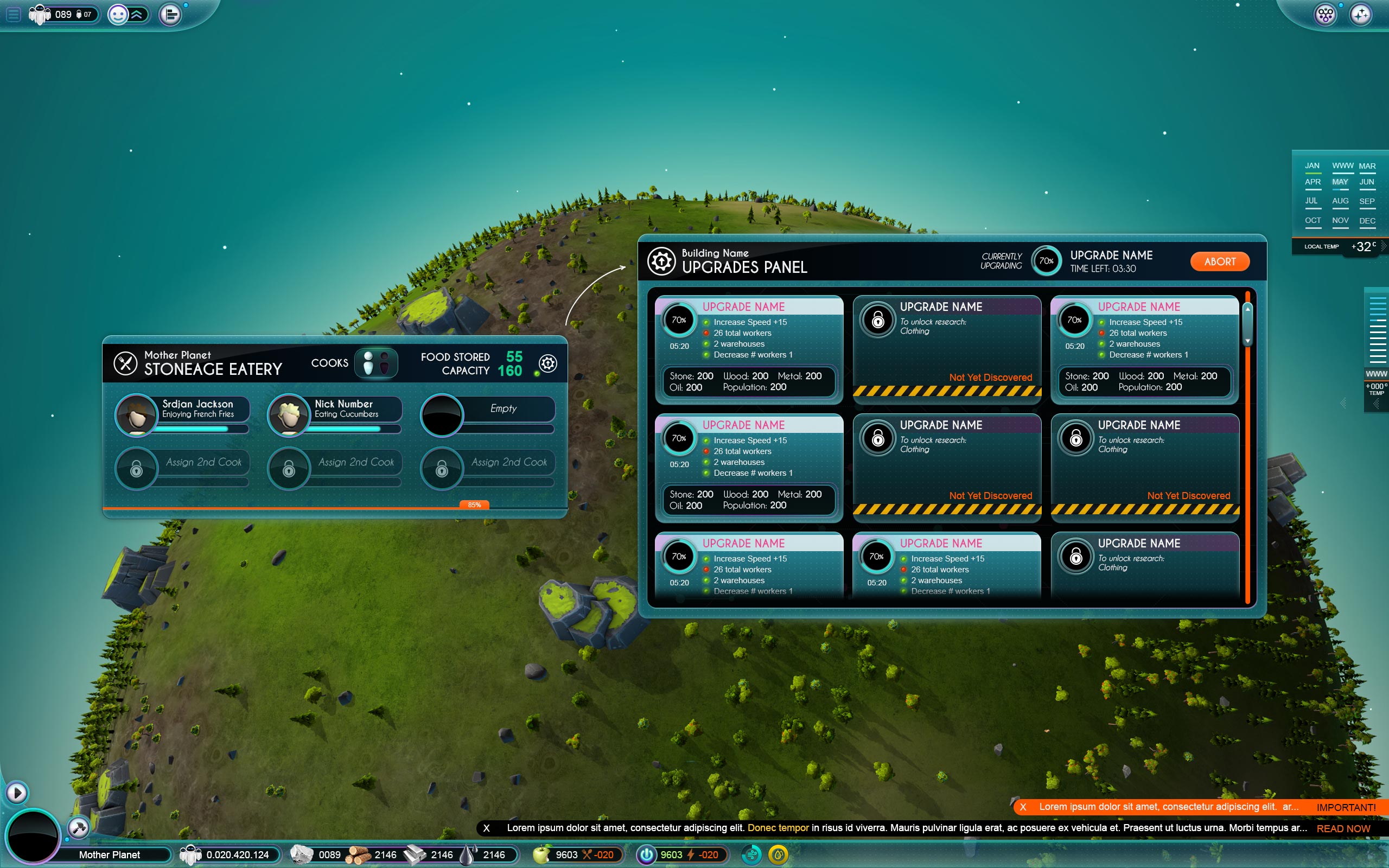 For any building that is player placed (not the one's that nuggets will build on their own, like basic houses) you will eventually be able to upgrade parts of the building to increase various functions. Everything from storage capacity to production efficiency.

THE PRE ALPHA RELEASE AND HOW
YOU'LL SHAPE FUTURE UPDATES

As seen above, our team already has a few things in store for a future update. But they want to hear from you first and foremost. We've set up a new Sub Forum specifically for the Pre-alpha. In it you'll find the current patch notes (when a patch is released), a known issues thread, Suggestions thread and a bug reporting thread.
Each section has detailed instructions on how you can provide the team with information in a format that will allow the development team to fix bugs fast and communicate your suggestions clearly.

The new Pre-Alpha section can be found Here.