Ocean City Racing is featured at the Let's Try section of The Indie Game Magazine. OCR is an open-world indie driving game powered by Unreal Engine 3 featuring a free roam, time-trial and a race mode on a massive environment for $4.99.

• Open World City and Environment: Apart from the city , Ocean City Racing also features an island which is connected to the city with a bridge and a highway , a tunnel that goes under the Ocean City mountains through another town and an subway system under the city which provides a huge area for the players to discover.

• Time Trial Mode: In the time trial mode players have the ability to choose one of the many tracks available and try to achieve the fastest time by going through the checkpoint flares and reach the car event location.

• Race Mode: Become the best driver in the Ocean City by completing this mode. Players will proceed by completing events in the first place and unlock new vehicles as they progress.

• Vehicles: Features over 20 highly detailed vehicles to drive. Ranging from sports cars , muscle cars , super cars , off road vehicles. Even a kart and a quad bike can be driven.

• Progression : Ocean City Racing allows players to progress through time trials and circuit races and allow them to unlock new cars and events on the way.

• Soundtrack: Features songs of Christopher Amott from his 'Impulses' and 'Follow Your Heart' albums , as well as other instrumental and orchestral songs that fit the atmosphere of the game. 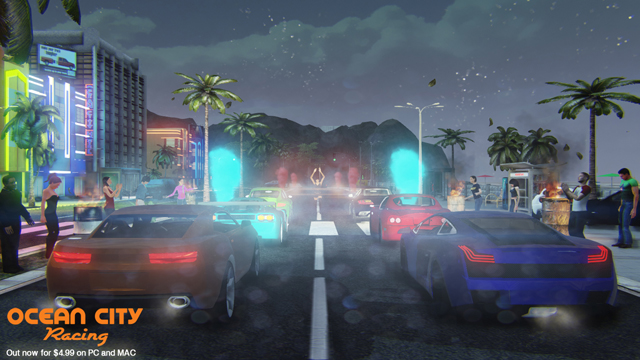 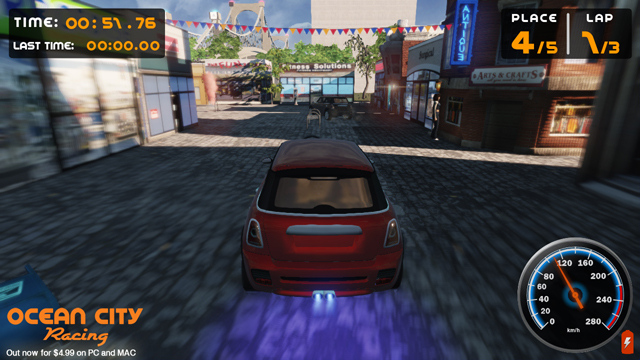 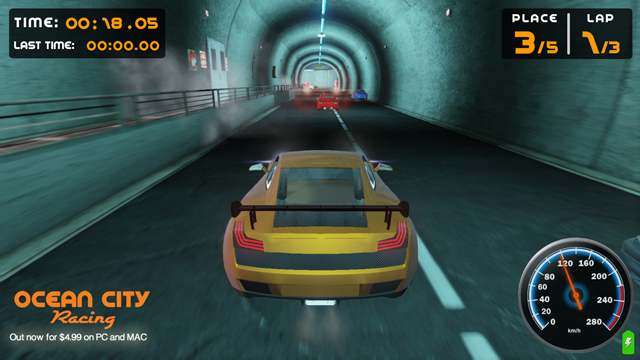 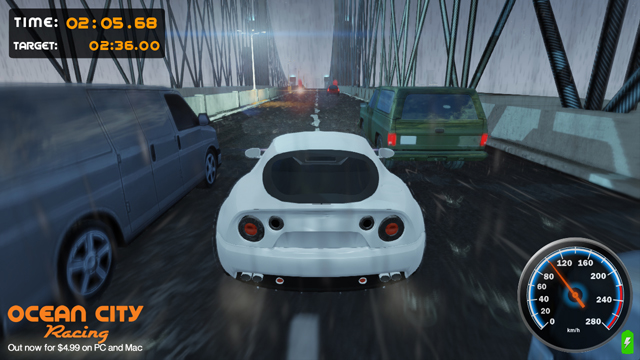 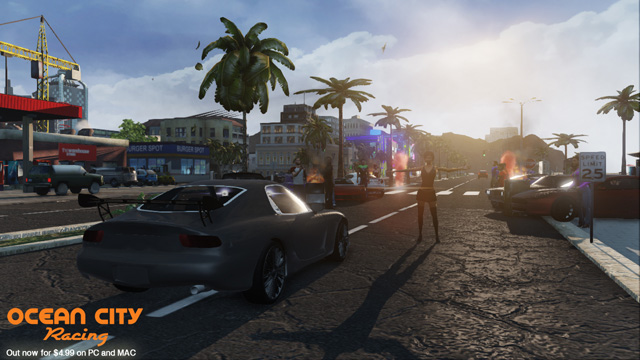 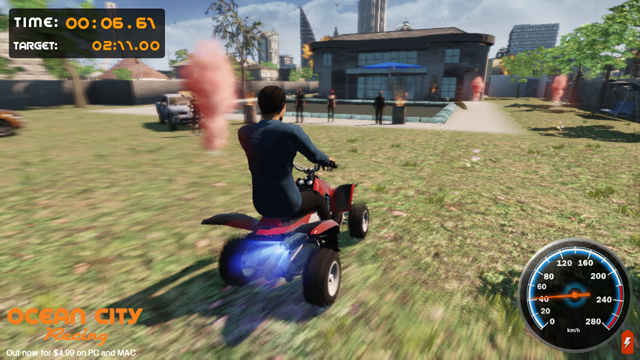 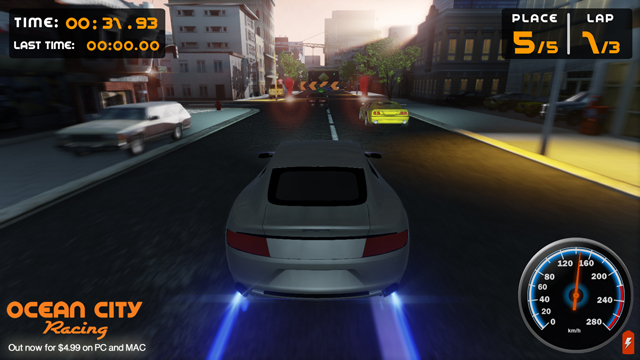 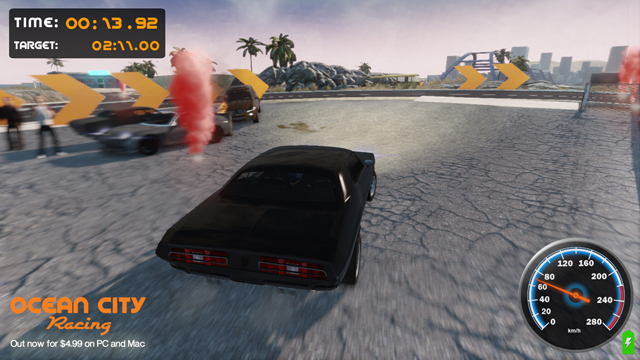