After four weeks of intense research and development, Alpha 30 of NOWHERE (working title "Project Ginshu") is now available for players who are preordering and alphafunding the game. 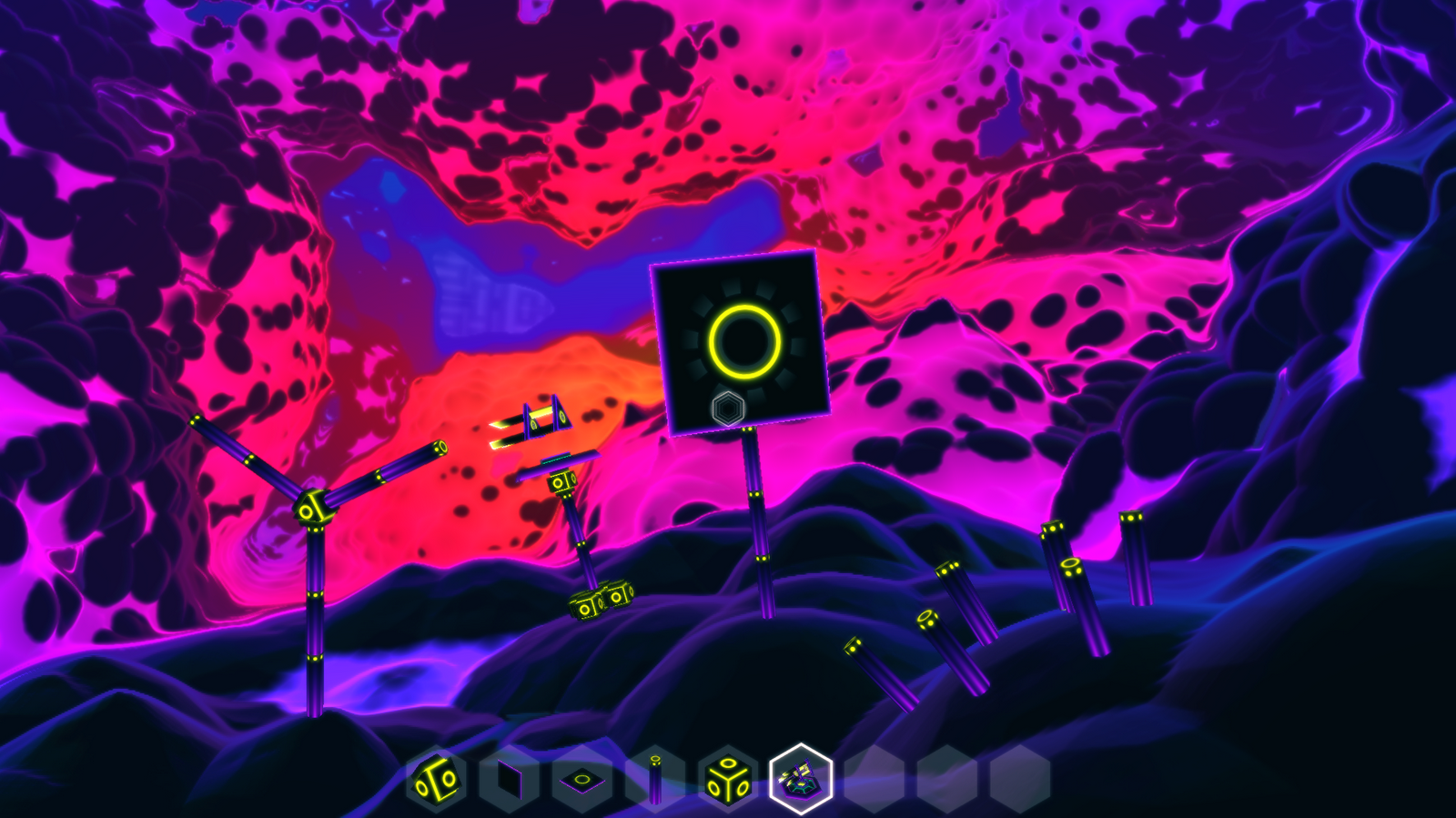 After four weeks of intense research and development, Alpha 30 of NOWHERE (working title "Project Ginshu") is now available for players who are preordering and alphafunding the game. Again, you'll have to download a copy from your account page, no update this time.

Win32 and Linux builds are available. The Mac OSX build will follow a bit later.

- New world rendering tech, using spherical ray marching through signed distance fields. It's an optimized, downscaled kind of raytracing made popular through 4K demos that uses mathematical formulas to keep world descriptions compact and traversal "relatively" fast. This means that you will need a capable OpenGL 3.2+ graphics card. I get about 30 FPS on my NVIDIA GTX 460; the graphics settings have been tuned a bit lower to accomodate this. Output with higher fidelity will require better graphics cards. The details will be tweakable in the game's options.
- Most of the gameplay has gone: the monsters, the battery, it's all been taken out, to return in a form more suitable to the new terrain. You can still build, but the elements only serve a decorative purpose. ;)

- Windows 64: Because of an open JIT bug in PyPy, NOWHERE crashes after a random running time between 10 seconds and 2 minutes. A batchfile "nowhere-win64.bat" is supplied to launch the game without the JIT, which slows down loading times massively, but the game is playable.
- Linux: On dual monitor setups, the engine may not recognize the screen resolution correctly. The launcher script has been changed to start up the game in a 1280x720 window.
- Linux: The linux build is for 32-bit systems. Some 64-bit platforms do not provide 32-bit support libraries out of the box. 64-bit Ubuntu e.g. requires the ia32-libs package to be installed (it's in the Ubuntu repository).
- Missing Feature: 3D sound. Even though we utilize OpenAL, sounds are currently not attached to a location and will always appear to be in the center of the screen.
- Missing Feature: fades. Screens do not fade-in/-out at the moment.
- Missing Feature: hud text. The inventory does not display item quantities. The win/lose text is missing.
- Exiting to the menu and starting the game again currently doesn't work.