Updated textures, added mechanics, and masts falling all around! Clear for action as we close on our public demo deadline.

Posted by CaptainMurphyDUCK on Nov 14th, 2015

New Substances and textures
Anyone that is following the game scene knows that PBR (Physically Based Rendering) is the hot item in games, and indie games are not excluded from this. As such we have begun to add in new PBR textures and substances to the models to get the lighting and shading right. We are replacing our placeholder basic textures with the more accurate PBR ones, though they may be replaced in the future when we have some more time. 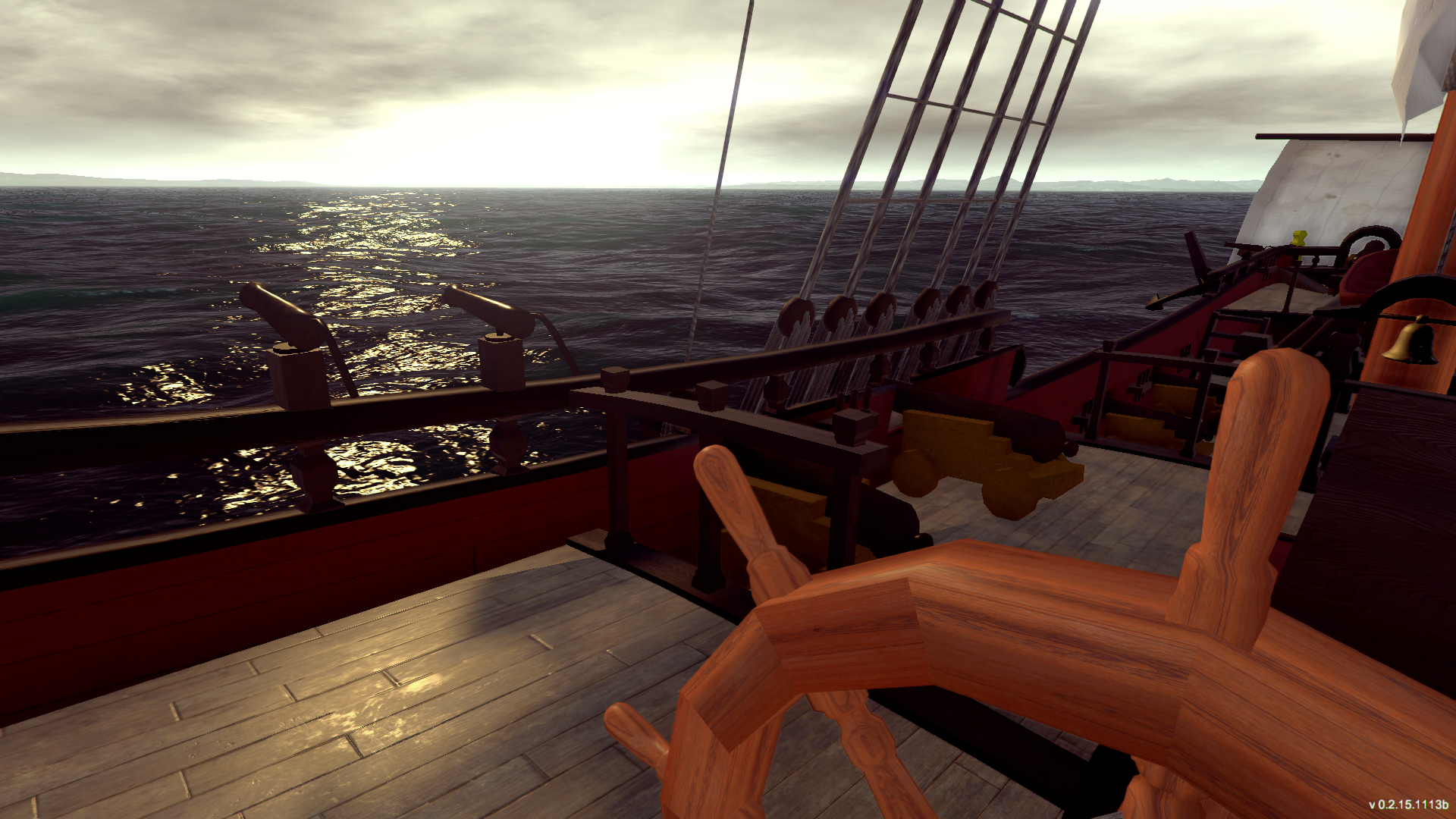 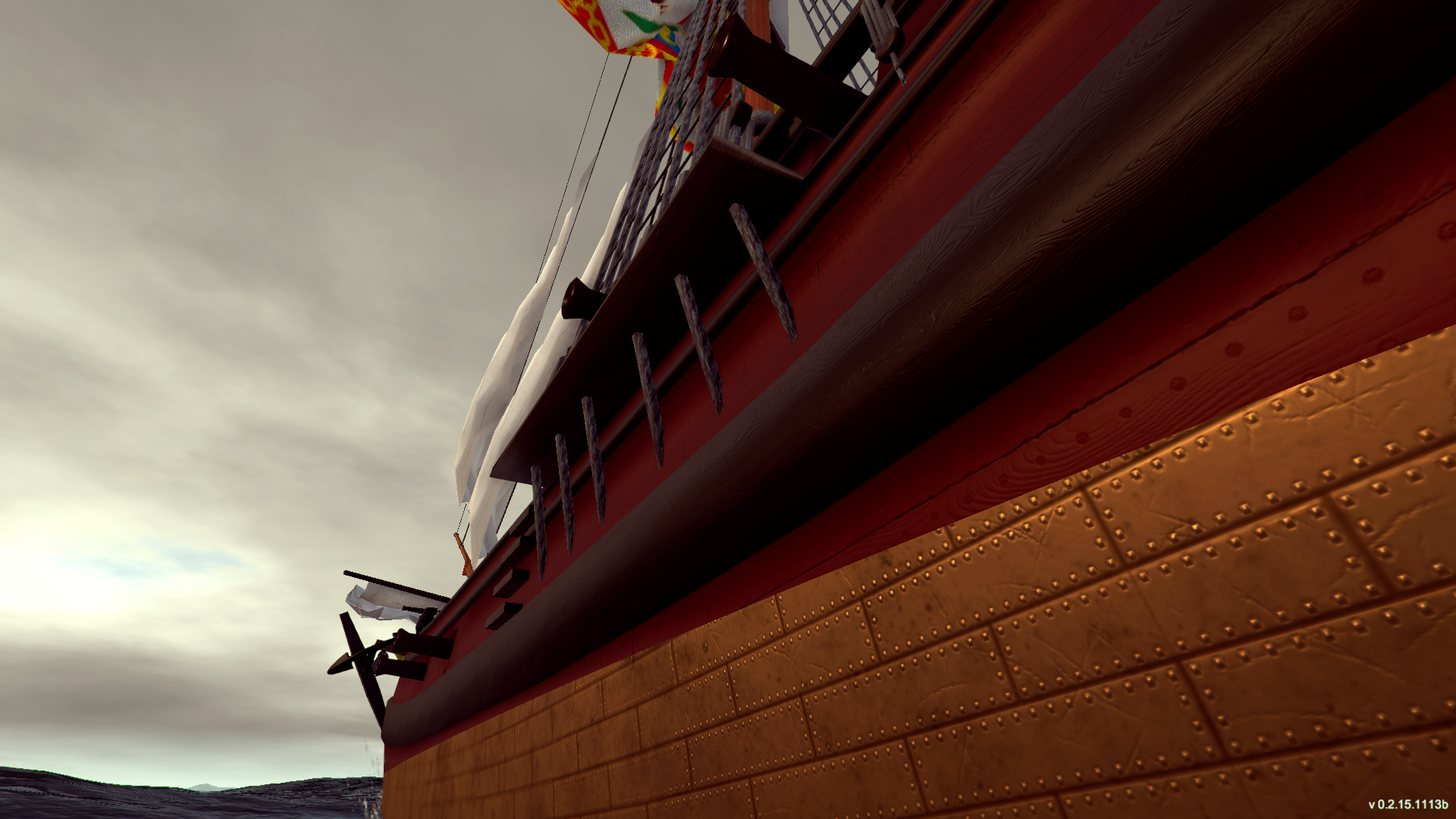 New damage mechanic - Dismasting
The damage model is becoming more accurate and realistic with the sails able to take damage and change the force values they impart and now with the ability for forces to break or remove masts including cannon fire. As a mast takes damage it becomes more susceptible to related forces through wind or momentum. Once those forces exceed the ability of the mast to stand, it snaps and falls, possibly taking other components out in the process. A falling main mast has a lot of mass and can easily damage or break another mast as it falls.

Each mast is independently damageable, so the Main, Top, Topgallant, Royals are all separate pieces and can be separately destroyed or damaged. 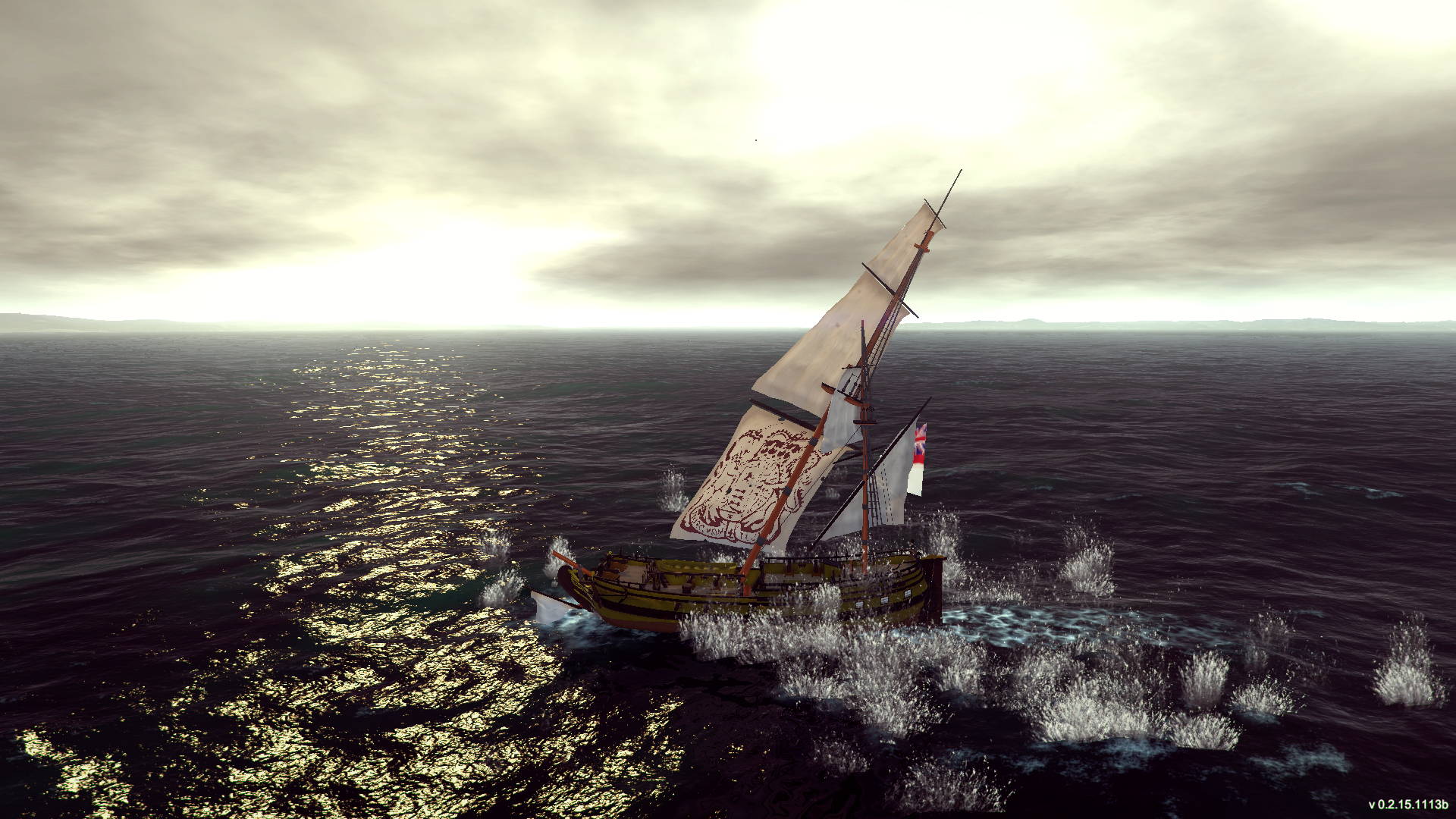 Main mast falling after being hit 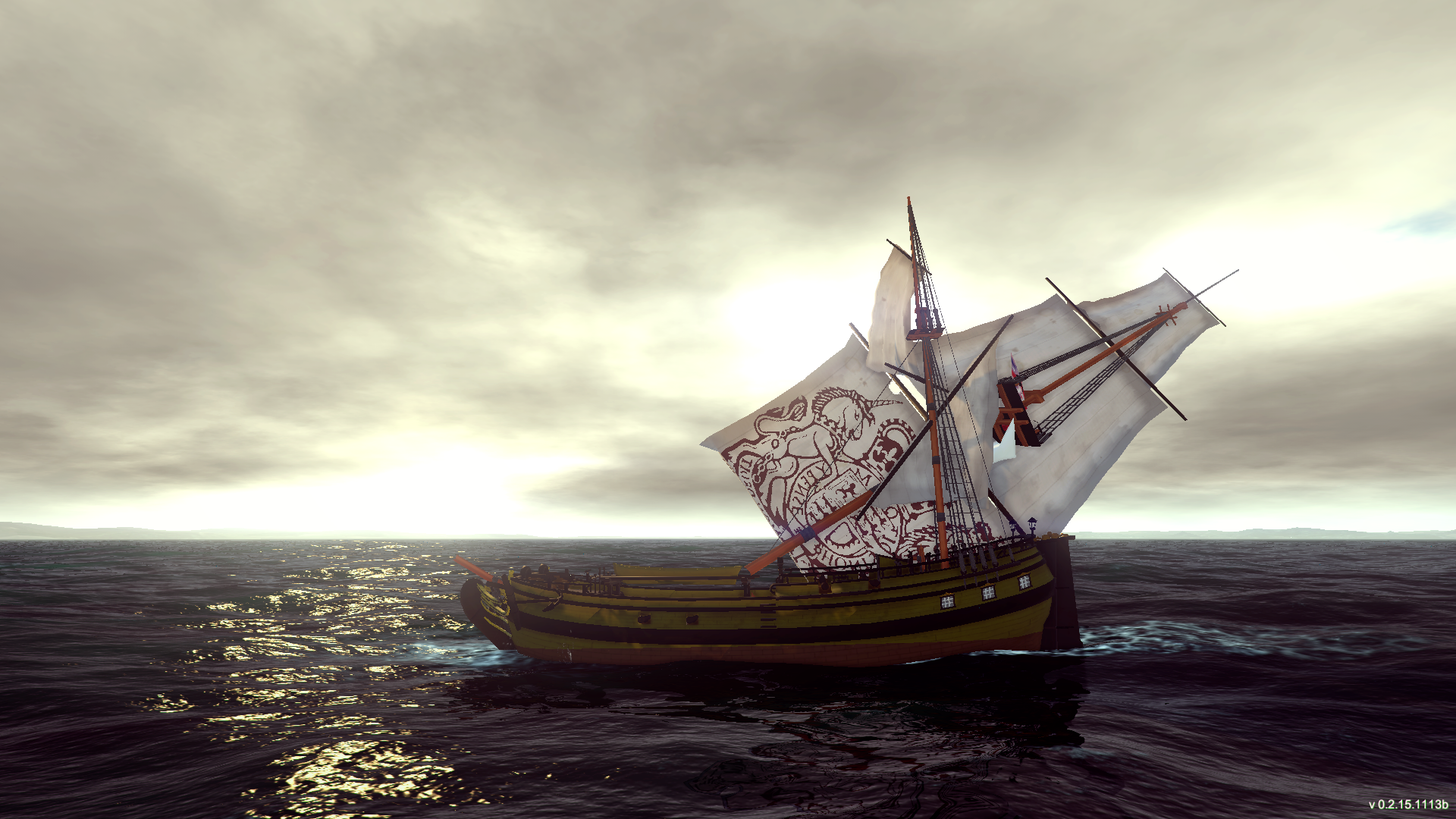 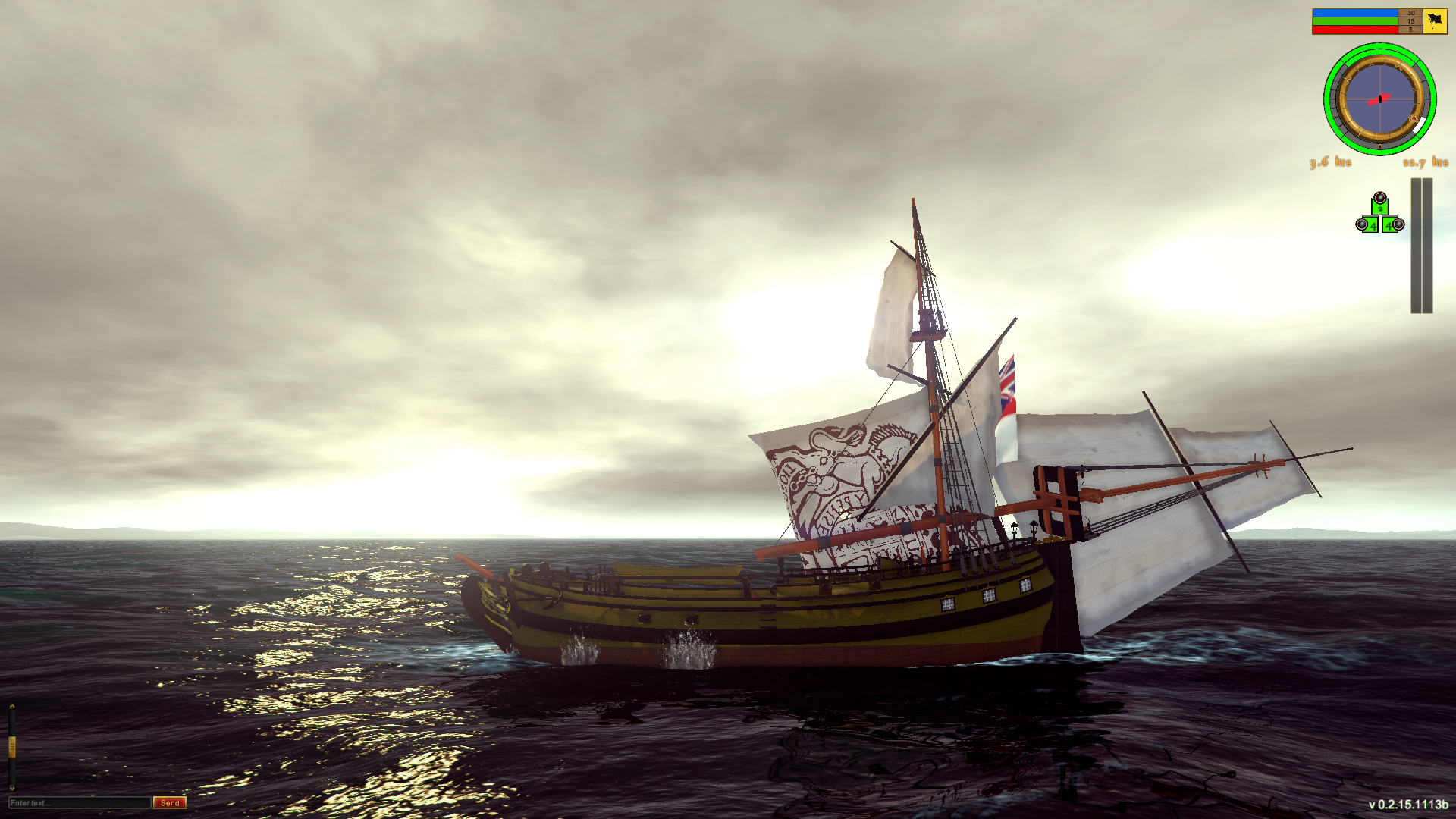 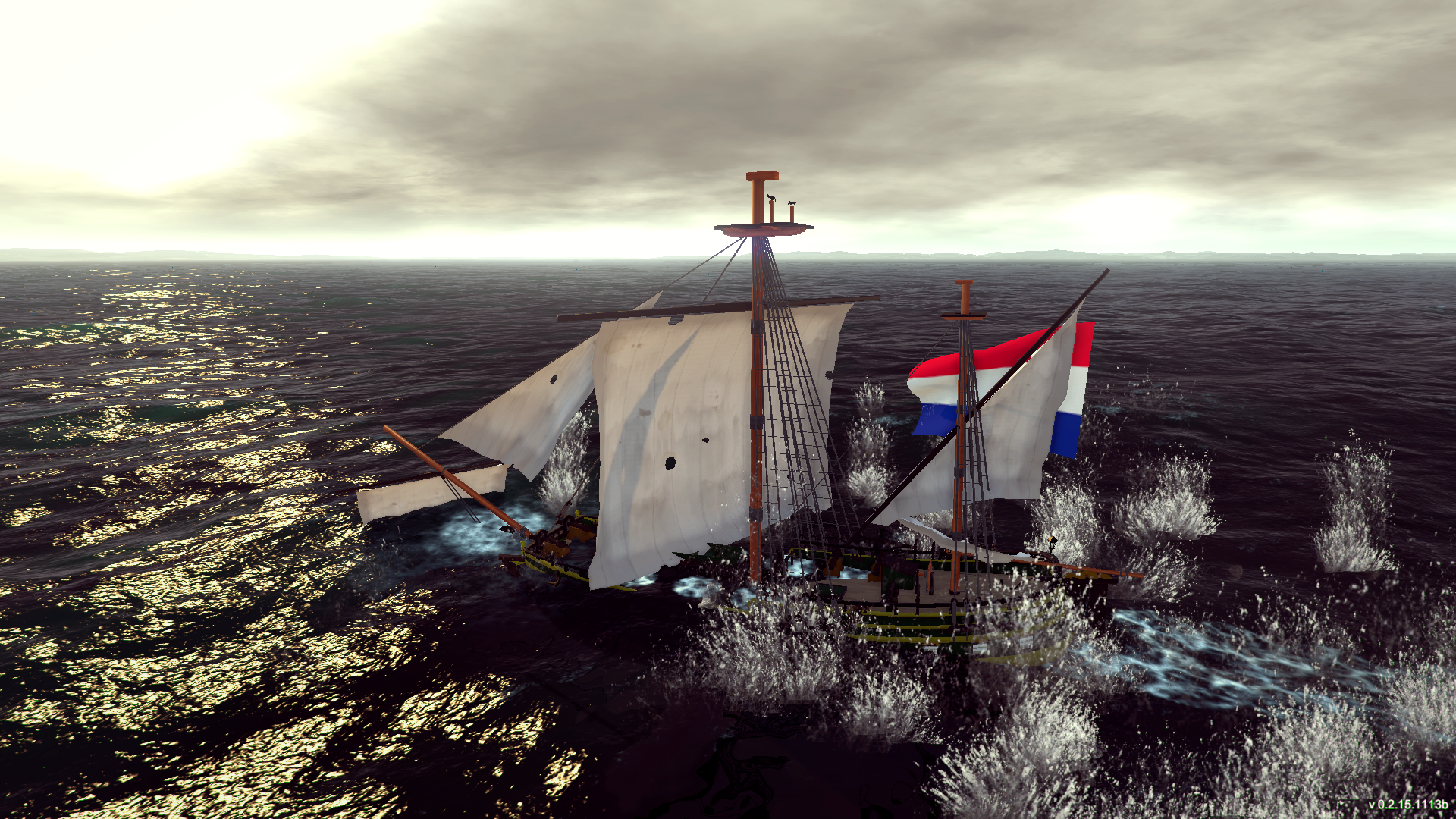 New damage mechanic - Magazine explosion
After a fire burns out of control on the ship for a certain period, the likelihood of a magazine explosion increases until it is inevitable. Once the threshold is reached an explosion will occur that sends flaming debris all directions. It is recommended to be nowhere near a burning ship before it explodes as it could result in your own ship catching fire. 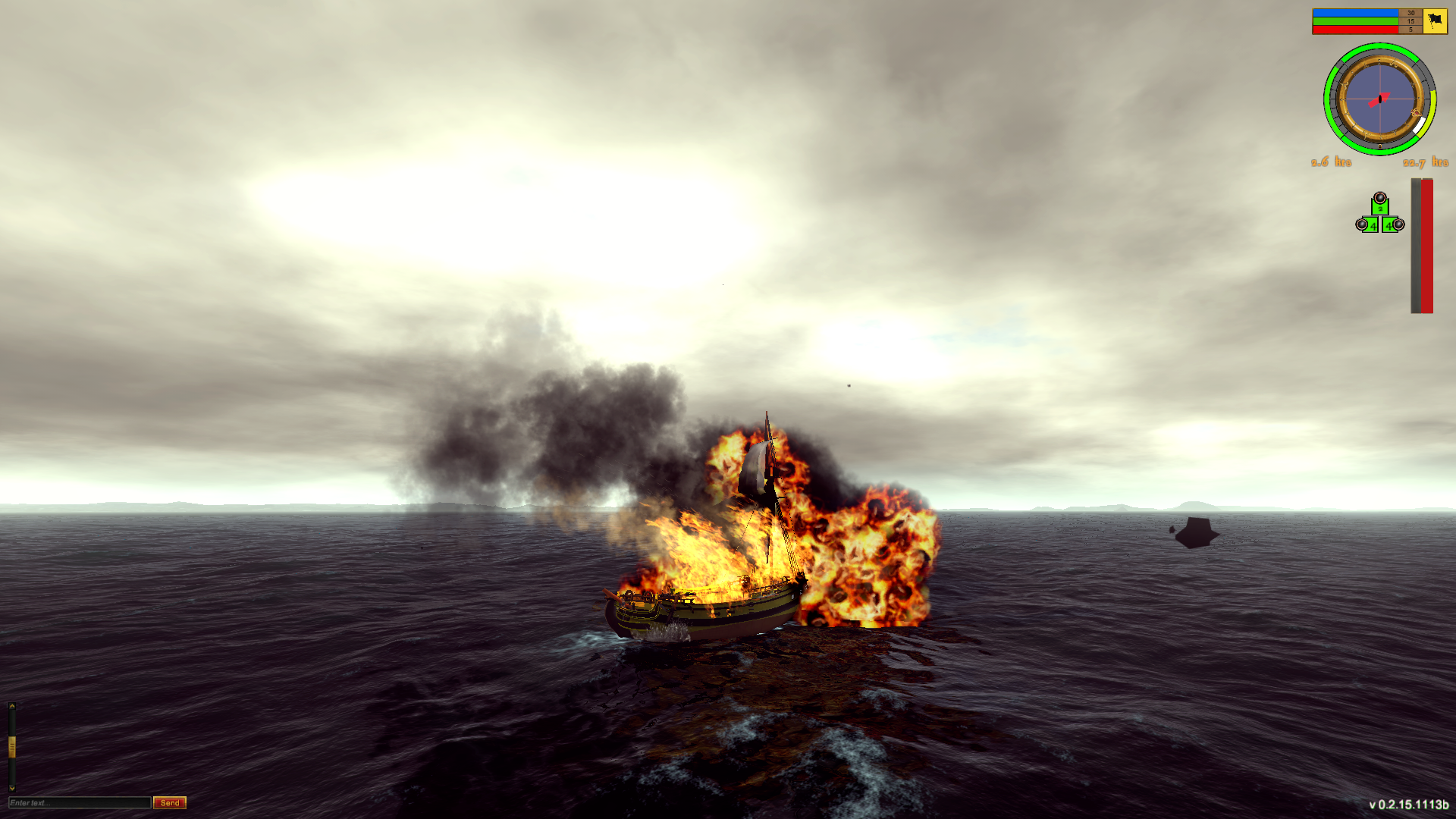