Today's update consists mostly new new TDN units, as well as some work-in-progress renders, and a little glimpse at things to come.

Today's update consists mostly new new TDN units, as well as some work-in-progress renders, and a little glimpse at things to come. So let's get right to it, shall we? 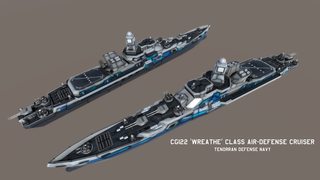 The Wreathe carries siy 8" cannons on 3 turrets, firing special anti-aircraft shells, with these it is capable of projecting a wall of titanium and shrapnel into the air, destroying any aircraft foolish enough to fly through it. Furthermore, it has 6 quad 40mm anti-air turrets, a heavy 4-cell, and two 32-cell Vertical Launch Systems. One of the VLSes is loaded with anti-aircraft missiles, the other with long-range cruise missiles. The heavy vertical launcher is loaded with anti-ship missiles.

Defensively, it has 8 CIWS turrets and 6 30mm autocannons, and a set of flare and chaff launches. Like most Tenorran ships, it's fast but not very well armored. It's best used to escort other ships, protecting them from enemy air attacks. 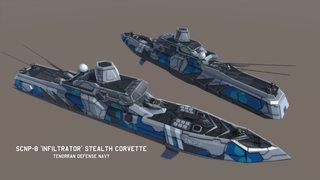 Built with a reverse engineered stealth field generator, salvaged from a destroyed Ravager stealth ship, the Infiltrator is perfect for keeping eyes on enemy fleets without being noticed, as well as sneak attacks. Armed with missiles, a twin 75mm autocannon turret and three 30mm autocannons, it's very much capable of defending itself.

It's primary role however, is to capture enemy ships. 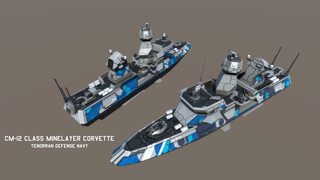 The Minelayer, as its name suggests, deploys naval mines. It uses special encapsulated torpedo mines, which instead of detonating directly, wait for an enemy ship to pass overhead, and then fire their single Torpedo upwards at the target, exploding right underneath it inflicting heavy damage. It can also fire off depth charges, revealing any nearby submarines and damaging them if they're hit.

It's armed with a twin 75mm autocannon turret and two 30mm autocannons for self-defense, and a single CIWS turret. Its fast, but has absolutely no armor, and will be lost quickly under enemy fire. 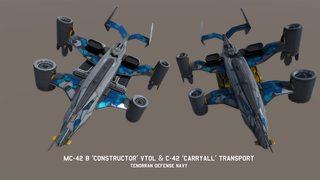 The C-42 Carryall is an adopted civilian heavy transport aircraft, used to carry resources from mining platforms to the nearest drop off location. The militarized version has a telescopic refueling rod, radar warning receivers and flare dispensers.

The Constructor was developed from the Carryall, replacing its giant electromagnetic tractor claws with metal powder containers and a manufacturing head, it can build all structures available to the TDN, as well as patch up damaged ships. 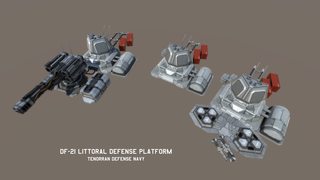 These platforms were originally built as early warning radars on most archipelagos under TDN control, during rising tensions between the TDN and the CPSN. They have fallen into disuse since, but have been modernized in the face of the impending Ravager invasion.

Now they can be upgraded with a variety of weapons, such as the 450mm Railgun turret, for mid-long range coastal defense, and Mjolnir missile silos, for long range defense.

Next up we have some unfinished TDN assets. We usually don't like posting unfinished units, but since this is a big update, let's make it even bigger. 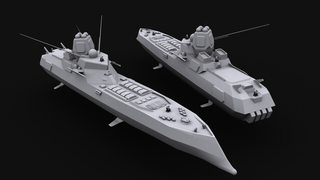 First we have the Battlecruiser, a long-range artillery ship, fast but with weak armor, it's armed mostly with missiles. 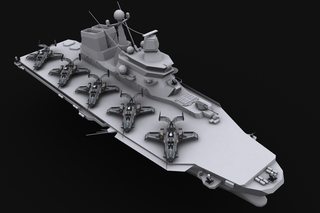 Then we have the Helicopter Cruiser, a cruiser-sized helicopter carrier with teeth. It doesn't support all aircraft, only VTOLs, like the Wyverns seen here, the Carryall, and the Air Superiority fighter. One possible tactic we could see this being used with Constructors, to quickly fortify an area of the map with the Floating Fortress. 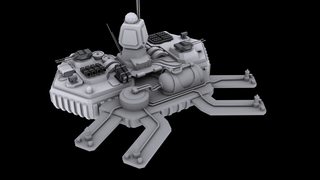 Which brings us to the Floating Fortress. A large, floating weapons and utility platform that can be expanded from the central core with all sorts of modules, shown here with an unfinished logistics module, which rearms and refuels nearby friendly units. 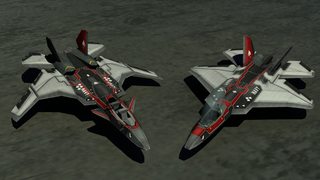 Shown in this render, is a concept for a special unit skin, available for these two aircraft upon completing certain campaign missions, or perhaps as reward for kickstarter backers in the future.

We also have this Space Shuttle, which will only appear in the Campaign, but more on that in a future update. 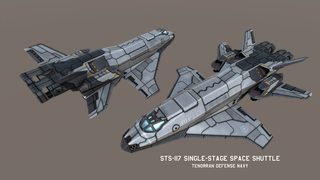 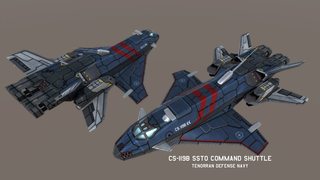 Finally, we have some videos and more screenshots!

Keep up the good work mate, this is no doubt going to be a great success when it hits the digital shelves =)