After a ton of updates and teasing, we’re proud to announce that the demo version for Not a Clone is out right now! You can find our free demo (for Windows, Mac, and Linux) right here on SlideDB!

After a ton of updates and teasing, we’re proud to announce that the demo version for Not a Clone is out right now! You can find our free demo (for Windows, Mac, and Linux) right here on IndieDB! 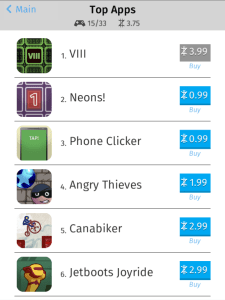 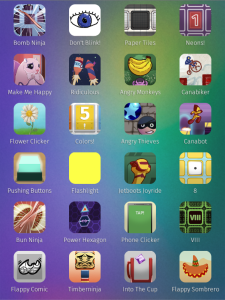 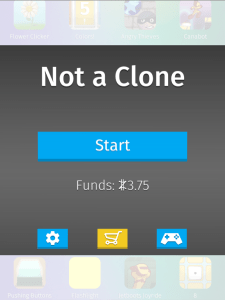 What is Not a Clone, you ask? Here’s the full game description:

What if you were given a backdoor pass to a site filled with the hottest mobile games currently climbing the charts? What if just by playing the games well enough, you were able to earn money to buy even more games? Would you jump at the chance or just let it pass?

Not A Clone is a frantic exercise in quick-thinking and even quicker responding. Featuring over two dozen original and parody mini-games, you must play through them one after another, chaining your successes into the highest score possible for possible fame and prizes. Beat your friends to the top of the leaderboards! Earn Zeni to purchase more games!

You have five seconds to get through each mini-game that is thrown at you by following the instructions that appear on the screen. The further you go, the harder it gets. How long will you last before your device runs out of power? Will you earn enough to unlock your next challenge? Will you know which games are being parodies and which games are not a clone?

We’re still hard at work putting together the final release for the game, but we’re confident in the game’s current state to present to you a good taste at what is coming up. Let us know what you think!

Not a Clone Puzzle
Related Engines