We have a new game! A short but one, but a game! It's called Ninja Hobo Connoisseur and it's super awesome!

No CrossCode this time! It's "new game"-time! And it's called...

Over the last weekend, Lachsen and Intero (our Composer) were visiting the Devmania in Mainz. The meeting featured an overnight contest and the two joined the contest to test out our engine and how fast we can do cool stuff with it. We also got help from Richard Wepner (he is also the one who told us about Devmania).

The theme of the contest was very simple: “Look at the front page of a local news magazine, take any key word and make an original game out of it“. Some of the games ended up really cool (There is no official list of all the games, but if we get one, we will share it!) and although we didn’t win, we think our game is pretty cool nonetheless. So why not share it with you folks, right?

We don’t want to talk much about the game itself because it is kinda self-explanatory. The basic gameplay is actually similar to CrossCode. You run around and throw lots of… well not balls this time, but corks. Yes. corks. Oh and you can speedrun it!But enough talk! Have at you! Go play our new game now (click on the image or the Link)! Hover of the Highscore/Controls panel to see their content! 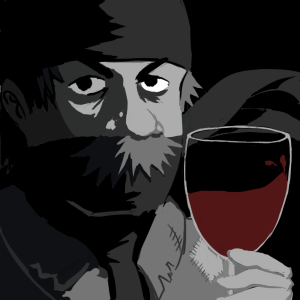 Make sure to share the game with your friends and tell the world about it! Please consider that this is an over-night project (together with the post-contest changes the work times was around 1.5 days) so it might contain some bugs or does not have the highly polished levels/graphics you normally see from us.
The version you can play here is a little bit different from the real contest version. Here is a list of things we added/changed:

If you like the music, why not check out Intero’s Soundcloud Profile? He uploaded the “complete” soundtrack! Check out this link:

So have fun playing! Until next time!

P.S.
We did not forget CrossCode. We have some nice updates but a whole game is a lot for a day. So we will post the updates tomorrow.