XOOM S! WWII Online Community, today we wanted to give you a sneak peek at the upcoming release notes for version 1.36.6.0 which is scheduled for release in August 2020. This includes a massive overhaul on how aircraft components are damaged (the most realistic it has ever been), and several other good fixes to optimize gameplay. There are also several good updates ranging from increased infantry field of view, enhanced textures, improved characters on anti-tank guns, 10 new pentagon/city bunkers added in key strategic points along the frontlines, and much more. It's going to be a BIG update loaded with content for you all! Thanks for your continued subscription support making all of this possible! Please continue reading to see the full release notes.

Current version 1.36.6.0 release notes (work in progress and may be subject to some change prior to delivery) - Estimated Delivery: August 2020

This release consists of many updates and bug fixes.

Your subscriptions are directly contributing to these sorts of initiatives being possible. WWII Online is 100% community funded and your support not only keeps us operational, but it also helps us get more done.

CRS would like to thank you for all of your tremendous support and we hope you are staying safe and healthy during this COVID-19 period.

Here's what's in store as a Builder of WWII Online: 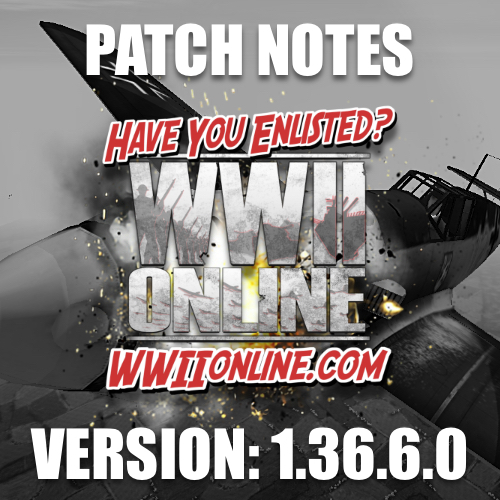