As promised by General Naga in his interview last update, this time we turn our attention to the first of the updated Wehrmacht weaponry along with its British counterpart, an old friend to the team.

As promised by General Naga in his interview last update, this time we turn our attention to the first of the updated Wehrmacht weaponry along with its British counterpart, an old friend to the team.

The Karabiner 98 Kurz was one of the last of the long line of Mauser bolt action rifles, which began all the way back in 1871 with the Walther Mauser. The K98k was also the last in the lineage of rifles begun by the Gewehr 98 and was essentially the same gun in terms of operation, with only minor changes in length, sights, and general looks. In fact the term "Karabiner 98 Kurz" came from it being a shortened model of the Karabinder 98b, which itself was simply an updated Gewehr 98 (and not at all of carbine length!). Thus, the added term "Kurz" refers to it being simply a shorter Karabiner 98b, despite still being of a normal carbine length. 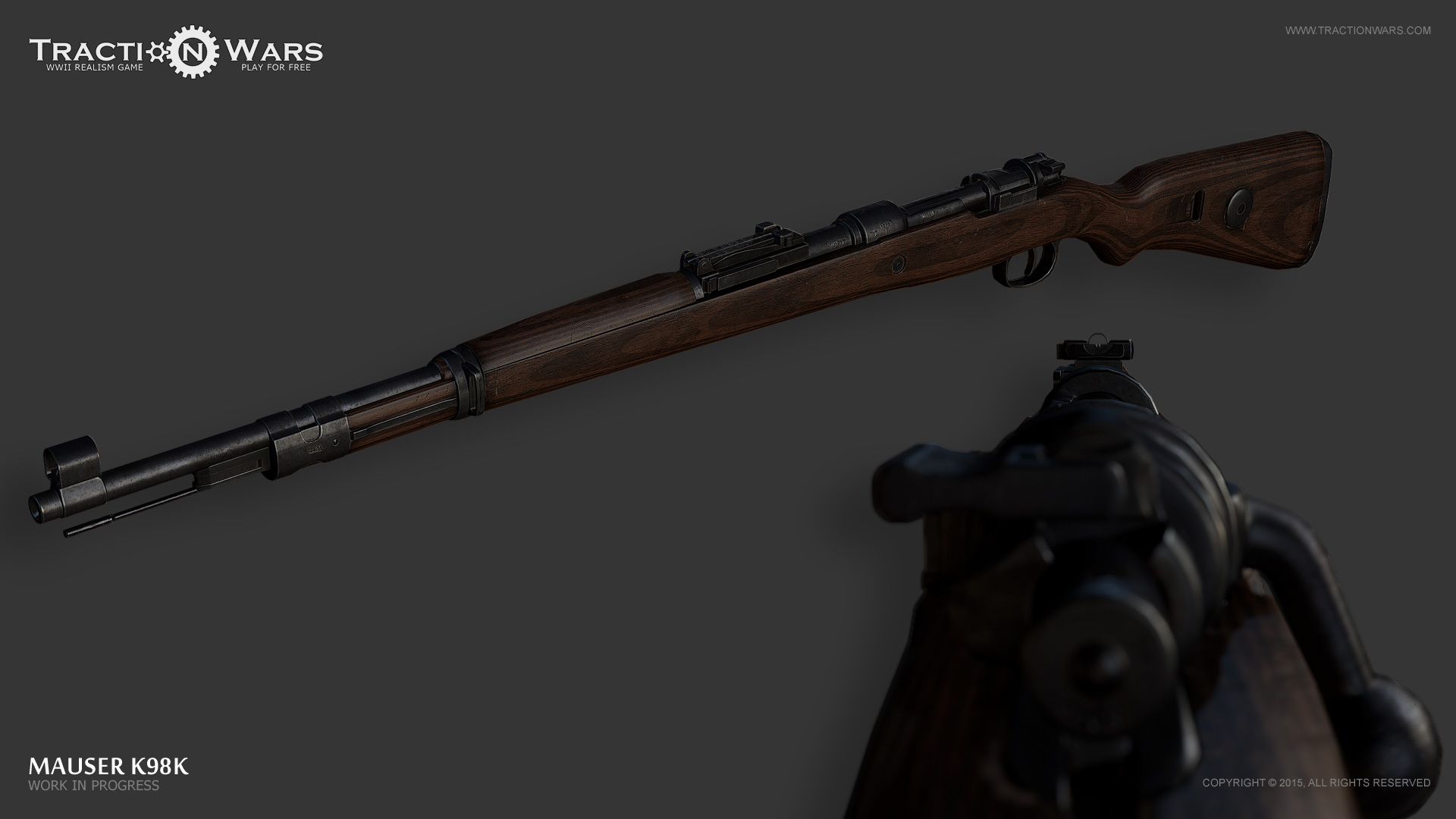 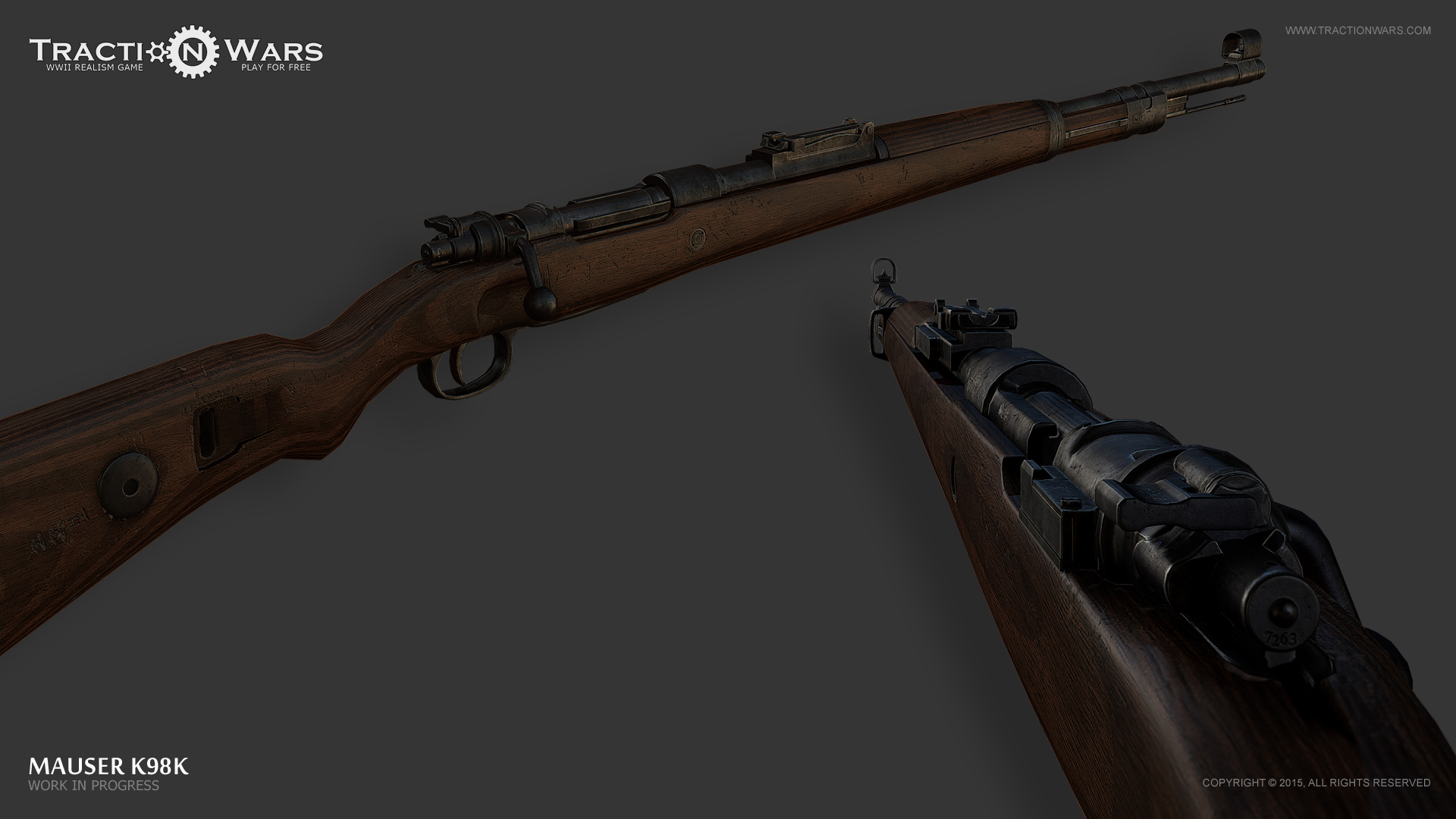 Firing the German 8mm (7.92x57mm to be precise) cartridge, the K98k was adopted in the 1930s as the standard bolt action rifle of the Wehrmacht- replacing the G98a and K98b rifles which dated to WW1. It was fed from a stripper clip loaded 5 round magazine and was effective to 1000+ meters, though combat conditions generally found it operating at 400 meters or less, making it a weapon of pinpoint accuracy at combat distances. Although supplemented by the Gewehrs 41 and 43 and set to be fully supplanted by the much more modern MP43/44, the K98k never lost its title as the standard rifle of the Wehrmacht and SS during WW2. Due to the German squad doctrine of machine gun firepower most German tactical planners saw little reason to offer an improved semi-automatic rifle to their troops. The MP44 simply made its debut too late and in too few numbers to change German standard issuance. Thus the K98k soldiered on as the primary rifle issued to German forces, supplemented by various foreign designs. 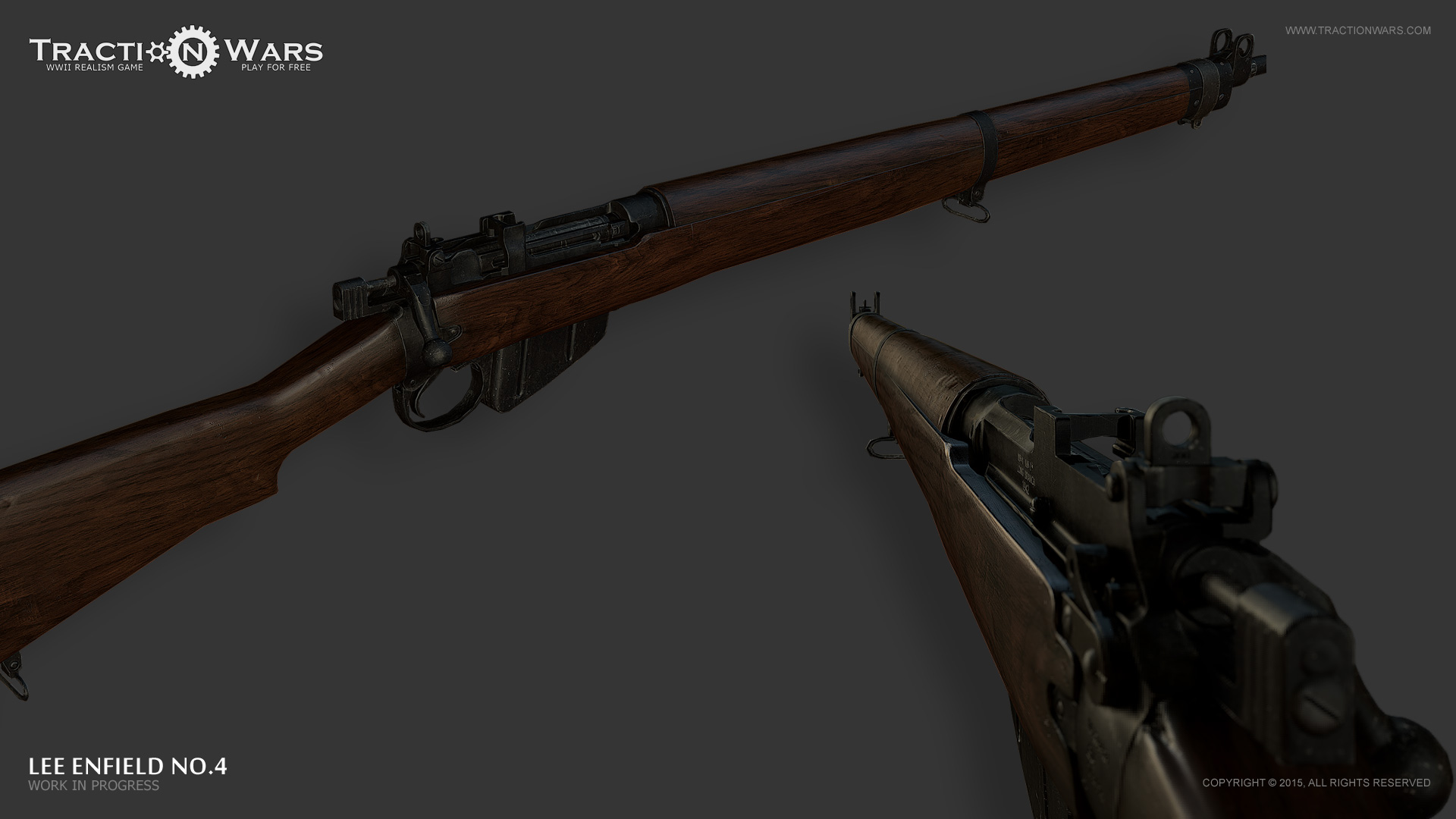 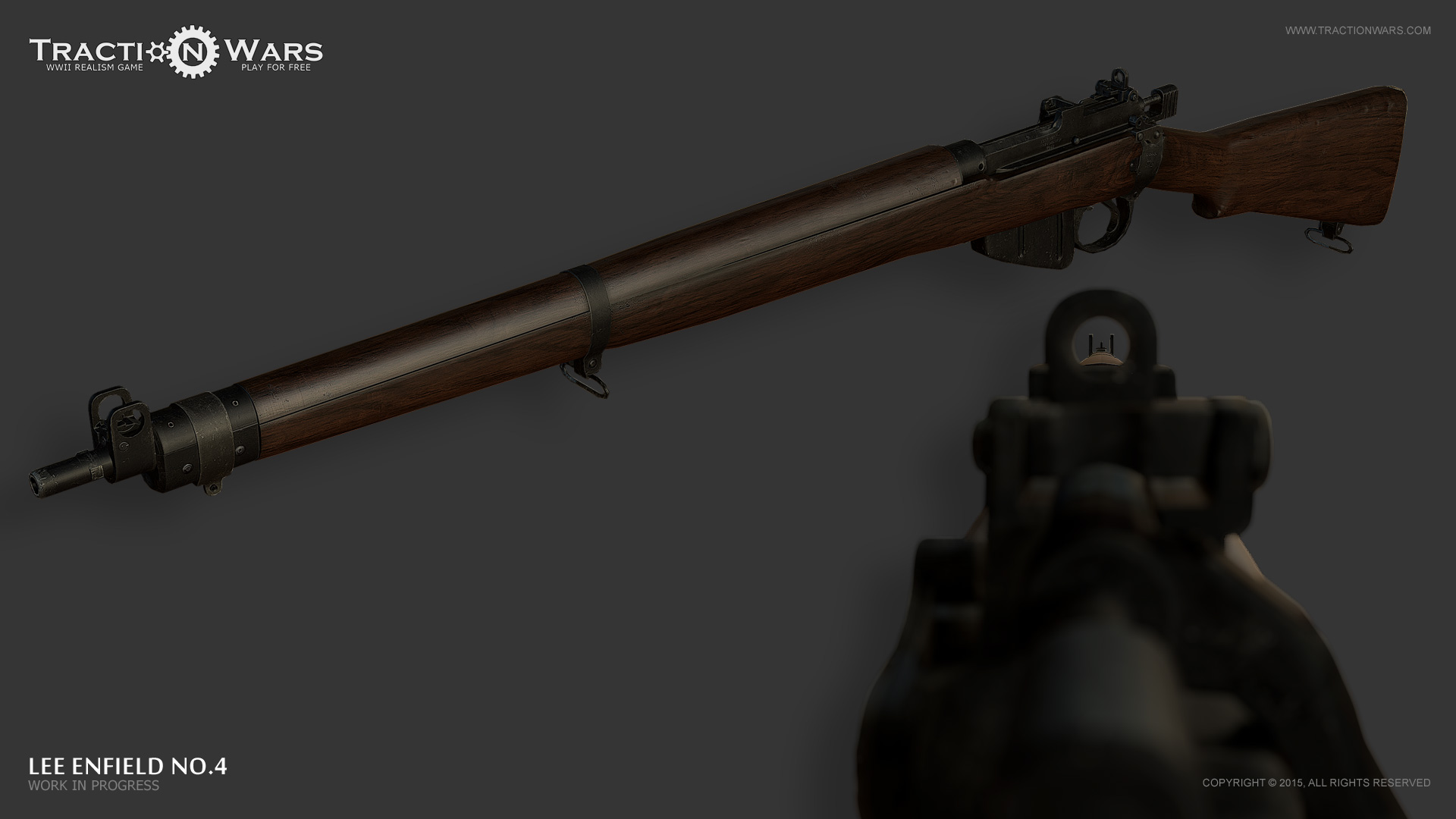 Compared to the Enfield the K98k had a smaller magazine and took longer to cycle the bolt due to its 'cock on open' action which took more strength than the Enfield's 'cock on return' action. It was however generally considered to be more reliable in the field, without the danger of rimlock thanks to its rimless cartridges. Also the internal magazine and 'cock on open' meant it could handle the dirt and grime of combat with fewer jams and cleaning issues. 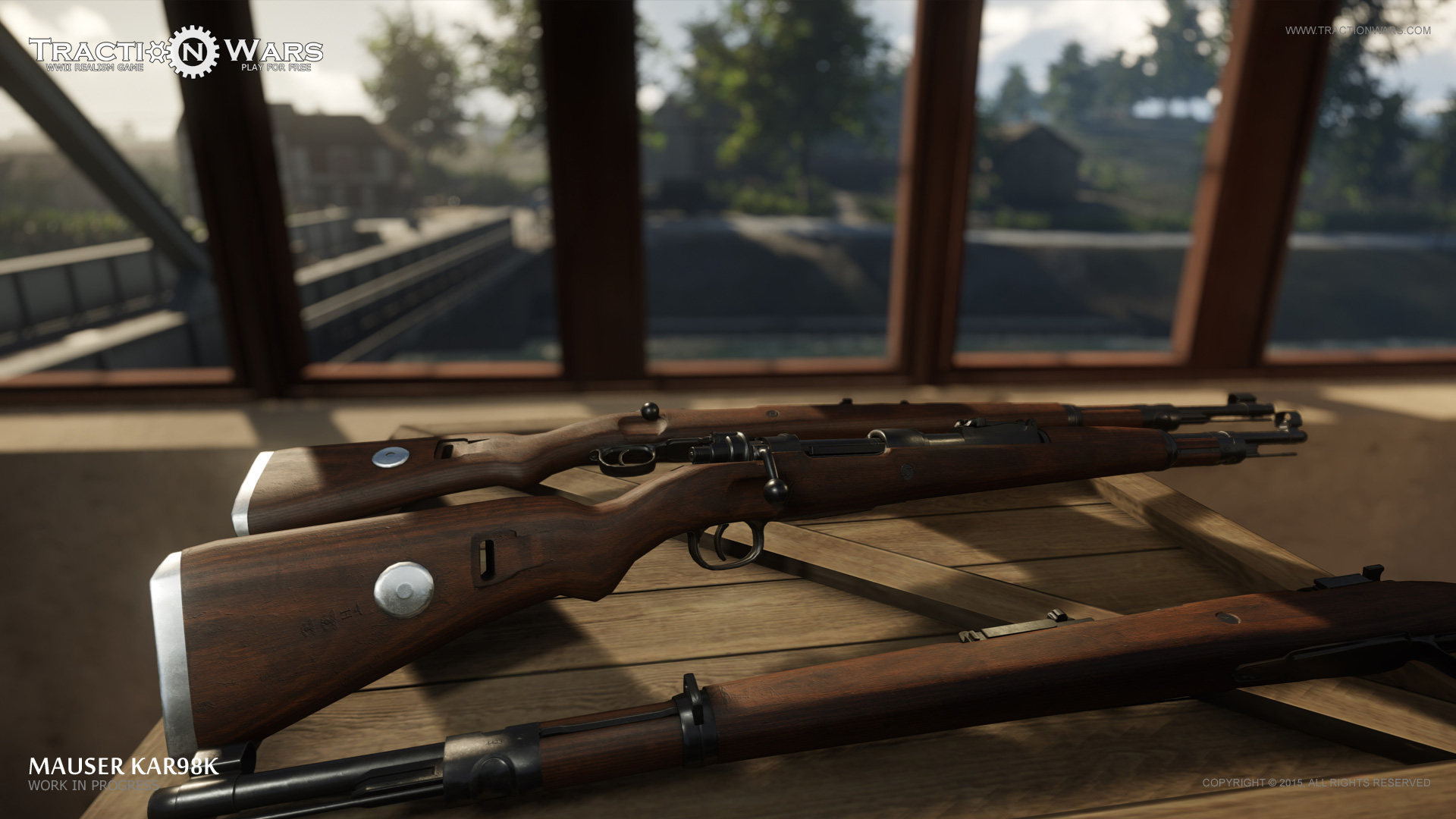 After WW2, the K98k was further used by various nationalities and sold as foreign military aid by the Soviet Union in vast quantities. Today the K98k can be found in conflict regions around the world and, more notably, remains the parade rifle of the Bundeswehr's formal Wachbattalion, who in fact didn't even get around to removing the original Waffenamp stamps (complete with swastikas) until 1995!

That's all for this update. Our next update will be on the 9th September but in the meantime you can find us on social media from the links below.

It's not a mod? Otherwise there is probably going to be timetravel by the time you are that old, so just get the rest of us a copy and come back!

Wow, it looks excelent! Great job in making it

Twiddling my thumbs waiting for a christmas miracle.