The Rough Life of School has resumed, the training season has begun, and the Ultimate Time for Programming is long gone.

Yes, I'm sorry to say this, but there has been a lot to do in school, and the evenings are taken up by some gaming with friends on recently released games, along with some physical training sessions. But, I have not given up yet. The last weeks of the summer holiday was spent working on the new level editor, which is already way better than the old.
And since the resuming of school, even though the development has sadly cooled down a quite a lot, I have updated my sound-player heavily (though there are still no sounds for it to play...), and continued the development on the Level Editor slightly. 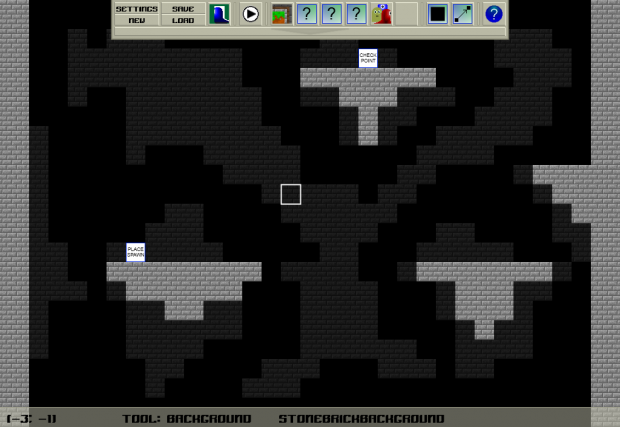 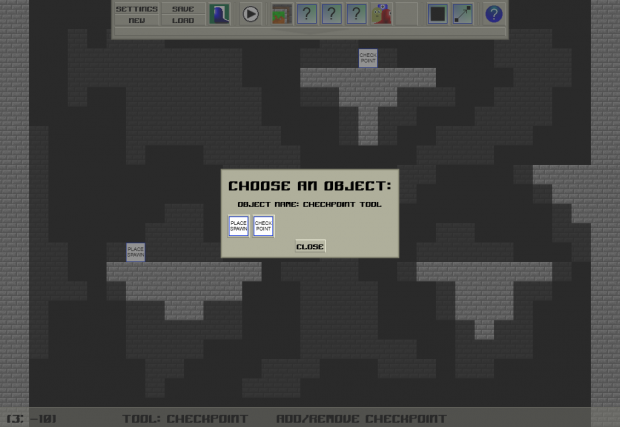 Now, onto some other news (about programming-details and performance)!
During the summer my brother had some troubles with the game he is developing. He realized that by just painting the background in the game with a solid black (or any other colour) lowered the average FPS by about 10. Of course he saw this as a problem, and started researching. His result was that the Windowing system that we both use (Java's Swing Library) DOESN'T. USE. THE. GRAPHICS. CARD. AT. ALL!

This means that everything has to be done by the CPU alone, which is not nearly as good in drawing as a graphics card. I know of several ways to fix this, but they all include changing from Swing to another library and while I'm not sure if this would be a hard task for me, I can't do it right now as I don't know how to work with any of these other libraries.

Then there is also the question about the GUI-system I'm using in the new editor. It was created by my brother, and is also based directly onto Swing, which means that he would have to convert that as well. The problem here is that as we both continue working with his system, we find bugs and other ways to improve it, and having two copies of the files to update simultainously would only be confusing.

To achieve best performance:
The fullscreen system that I am using in the game do actually work with the graphics card (even though it is via Swing). So, to gain the best performance, running fullscreen-mode is definitely recommended (press F1 in-game).

Conclusion:
Apart from that, there isn't much more to say for the moment. There will be no changelog with this post as I will come with a content update later on. Aslo, I hope that I can get these updates out more frequently in the future, along with other things like bug-reports, etc.

(PS. I hope to get C'wbiau working properly on Ubuntu soon, right now it starts, but loads only tiles and backgrounds. My goal is to have it running on both Windows and Ubuntu with the next Alpha)