Another update about the current state of the project. This time lots of new features including multiplayer and many others!

Another two months have passed and it's time to post a new status update.

This one contains multiplayer, dynamic weather, combat, the first instance and minor additions like the town portal, a tooltip, item stats, the training grounds, etc..

I originally wanted to add the ninja class too, but getting multiplayer to work took more time than anticipated, and I didn't want to wait any longer with posting an update. So the ninja class will likely be included next time.

And now: On with the show!

Imho the most important aspect of any ARPG is the multiplayer part. So I started focusing on this and finally got it working. Right now players can create internet games and join them through the matchmaker as viewed in the video beneath. Animations and movement are working pretty smoothly, only requires a bit of tweaking.

Aside from that, the combat system is also functioning. It's pretty barebones right now, because I'm just prototyping, but both players can melee attack and cast a spell. Both classes can do the same right now, cause I haven't made separate abilities for each, but the ronin won't be able to cast a venom ball in the end.

And finally the mobs give XP and drop loot on death as seen in the video. At this moment it's only gear with a random rolled rarity, where each rarity has a extra stat. Just for testing of course. I do want separate legendaries and set items eventually.

There's also a simple leveling system where the amount of xp you need to level gets doubled every level.

Dynamic weather is a system that changes the environment according to the weather that's currently active. What I mean by this is when it rains e.g. everything should look wet, when it stops everything should dry. Currently I only have rain, but I also want to do snow or dust storms for the rest of the acts.

I thought this was a pretty cool way to increase the immersion of the game.

An example can be seen here.

I also made my first instance players can counter in their travels. It's just a simple house right now with a treasure chest containing loot. The house itself isn't finished, it still needs some furnishing, but as you can see in the next video, it does have something going on which will be part of a quest with kanji, which I will explain further below. 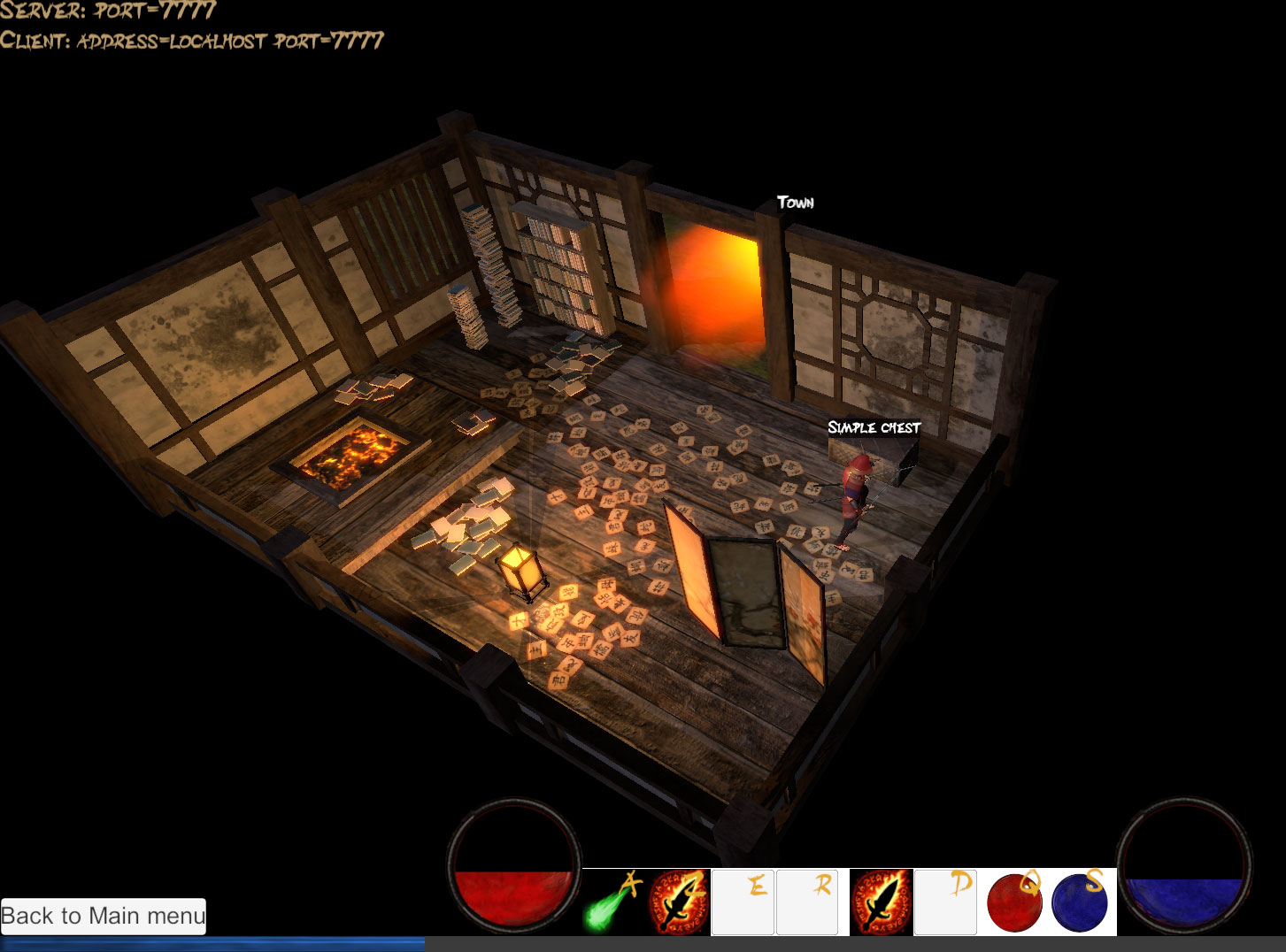 As long as I'm prototyping I'm working in a map I like to call the training grounds or act 0 if you will.

It's just a map where all game play features combine so I can test everything on the fly. This way I might be able to put a tech demo online for people to test without spoiling any of the actual story elements in the actual acts.

Aside from that I did in fact make an actual training grounds which I didn't show before which you could see in the videos in this post or in this screenshot. 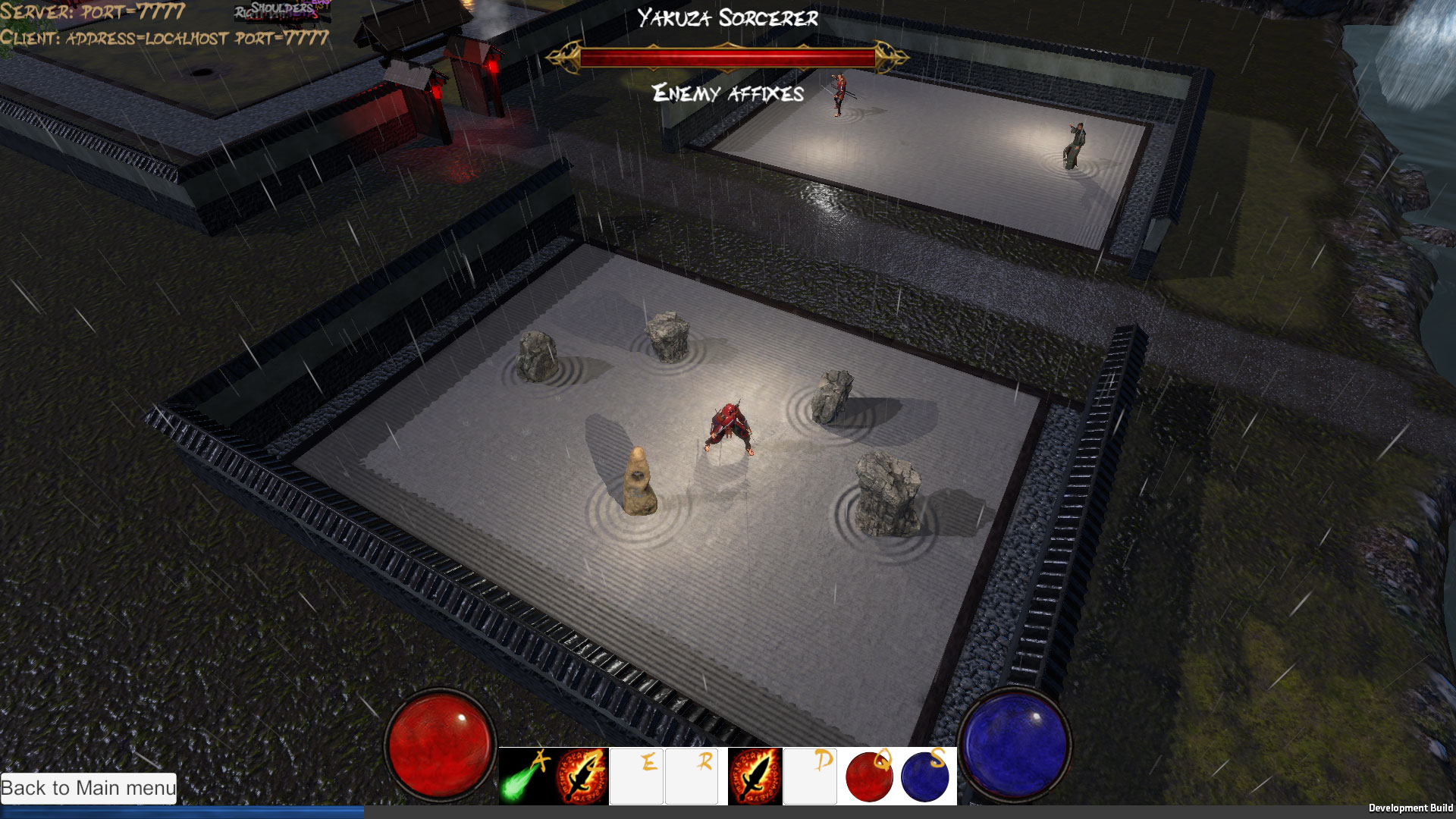 I was talking about kanji's earlier. The idea is that they are some kind of item, maybe sockets for gear, when put in the correct order they form a seal/scroll which transform the item somehow. It's not fleshed out, but I did do some work on the icons for the actual loot drops. 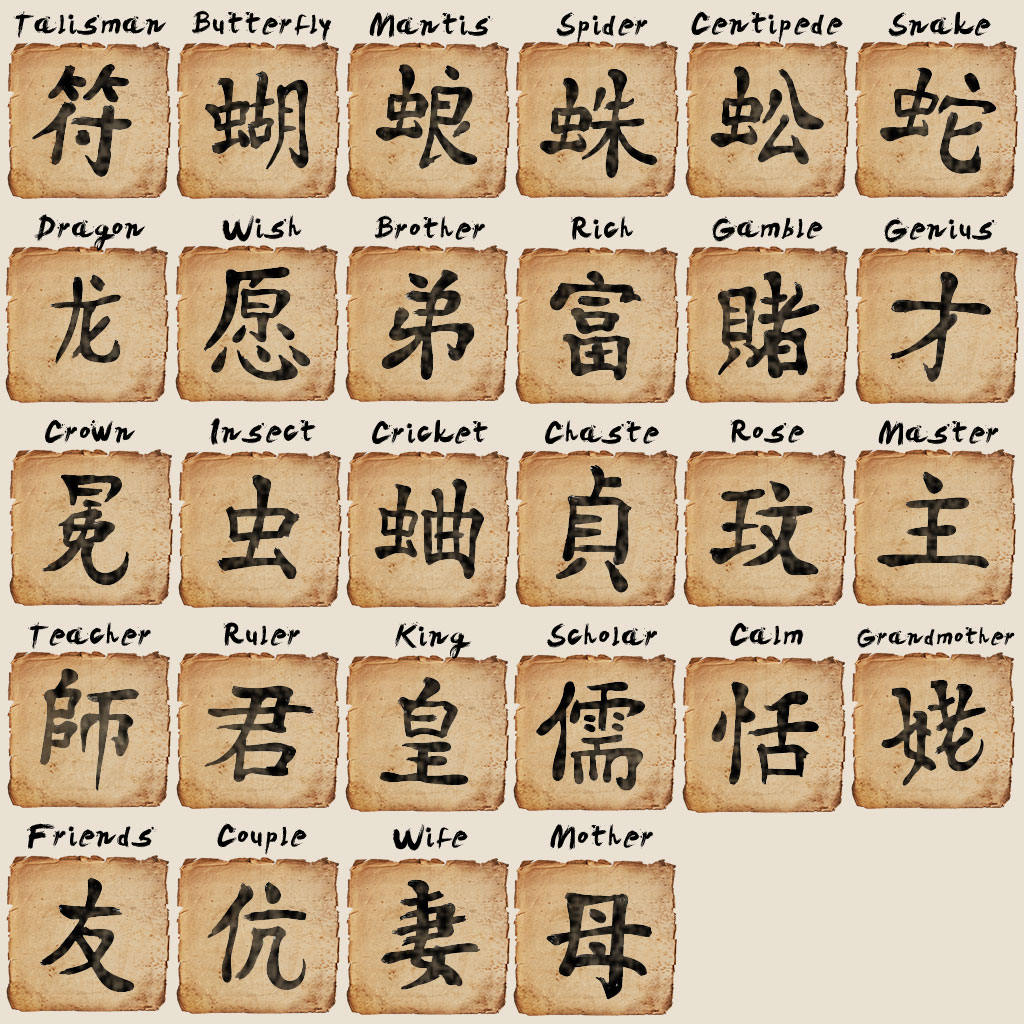 Any ARPG should have a town portal, and this one is no exception.

Here's a clip of the particle effect in action. 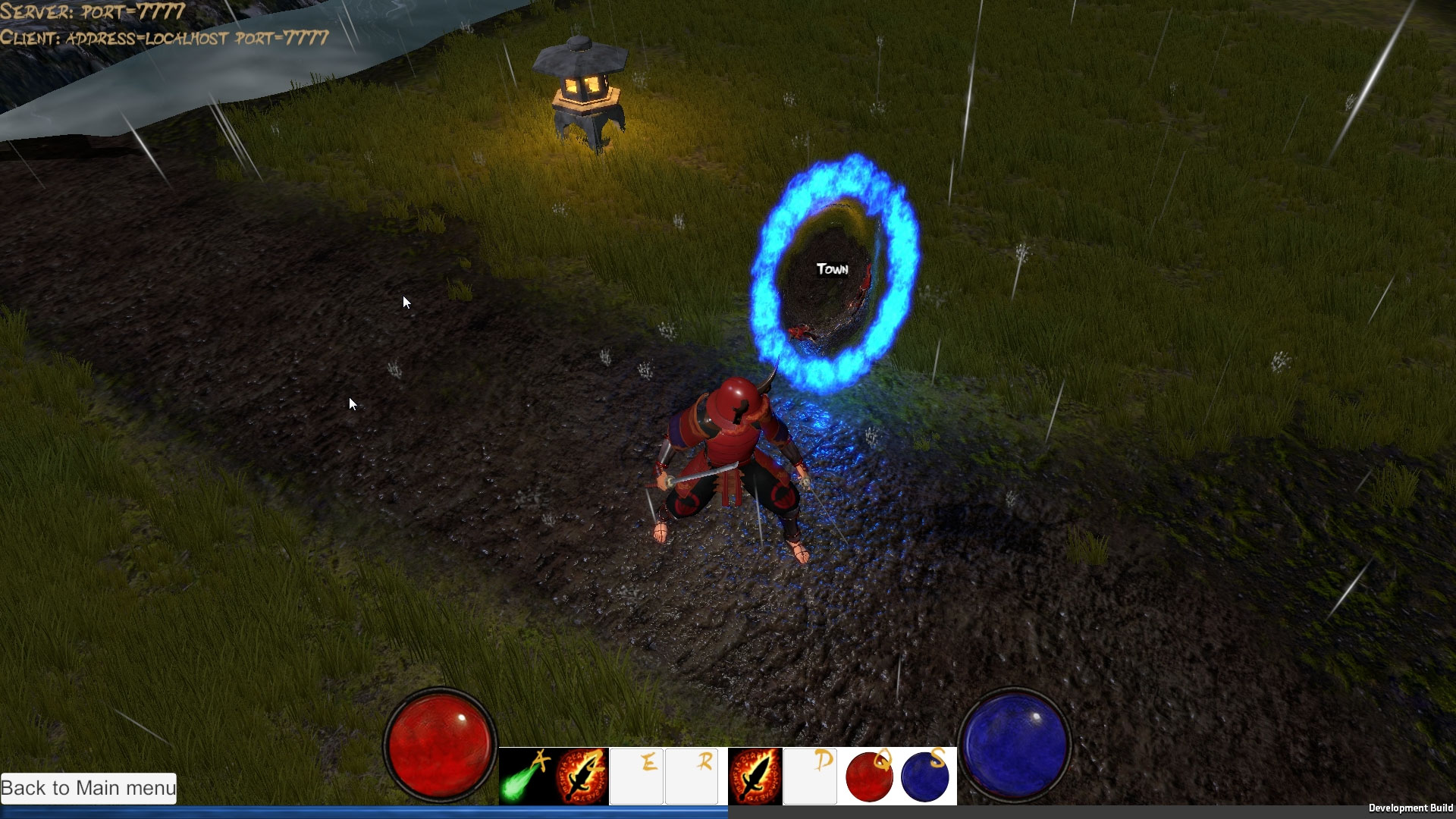 I also added a first version of the tooltip for items.

A scroll with text seemed pretty fitting, all tough I might revert back to a plain black background for clarity and resizing purposes. We'll see. 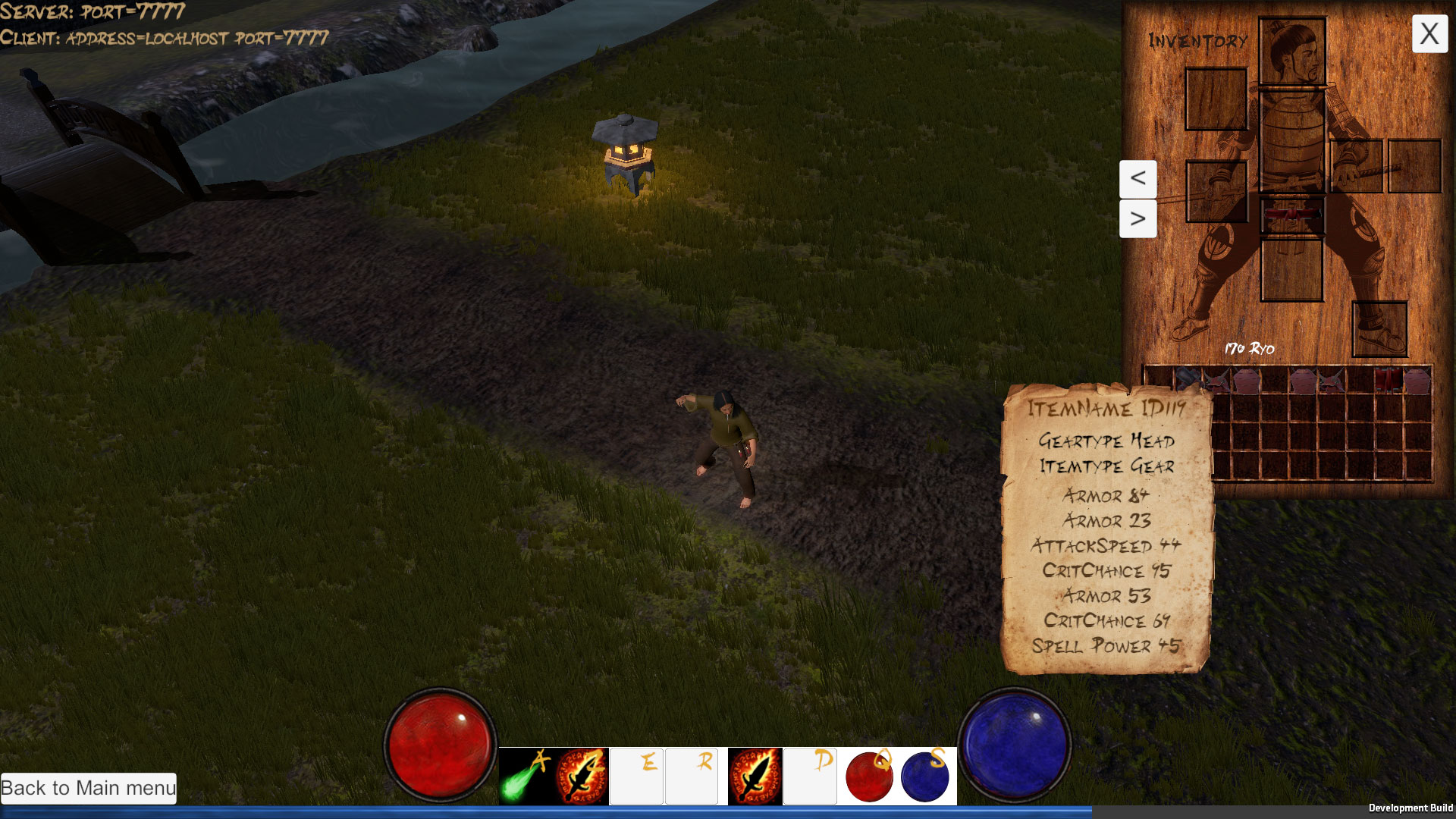 Finally I made a functioning database which is online right now and is used for login in and saving all the changes to your characters like looting, levels etc..

I did already show the animated background, but I included it in the actual login screen which also contains a textbox with an indicator of the login process as seen here.

And that's a wrap for this update. Lots of good stuff, I hope you like it.

I made a separate account for the game on youtube for all videos I make from now on.

So please leave feedback on the video, or on the indieDB forum page or on the steam concept page (link).

If there is enough interest I will post a tech demo somewhere, but I'll first have to do some cleaning up so everything is clear for people who want to try. :)