Big new year update about the current state of the project. This time another class is added, the necromancer is updated, new UI is added and some ARPG elements have been created.

Another couple of months have passed and it's time to post another status update before the new year. I'm still very actively working on this project, but making a game by yourself turns out to be a lot of work, who could have known.

Anyway this update contains the second character "The Ronin", an updated version of the necromancer and some of the main features of an ARPG.

Mainly the UI, making a character, looting and equipping gear.

First of all, I updated the sorcerer to a full blown necromancer.
I started designing my characters with gear equipping in mind, which means I need to separate gear sets in equipable pieces.
Here you can see the updated necromancer, and a picture which separates the individual gear pieces. Link to 3D build here. 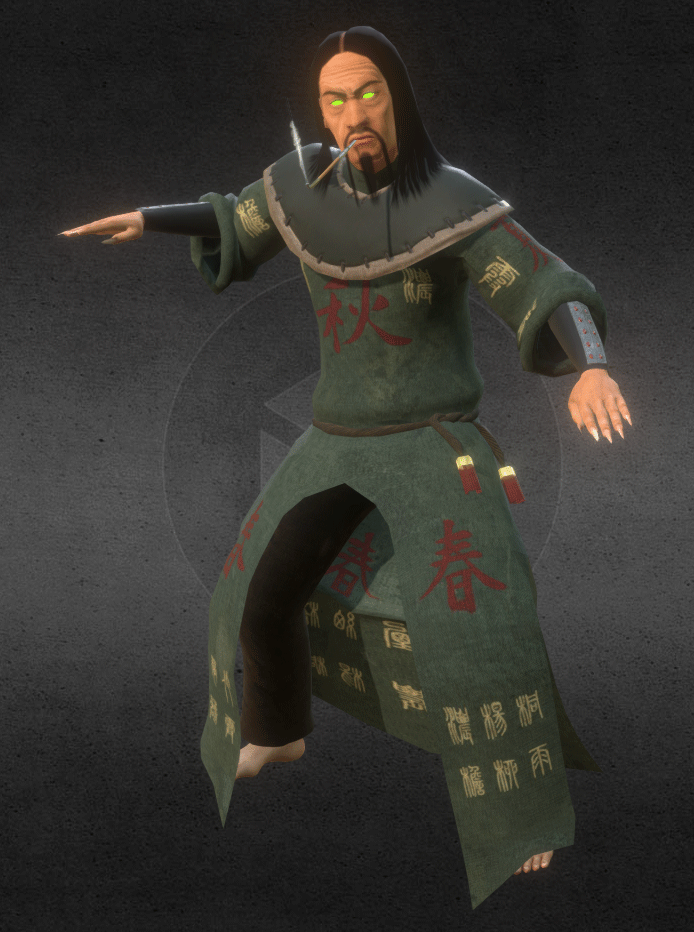 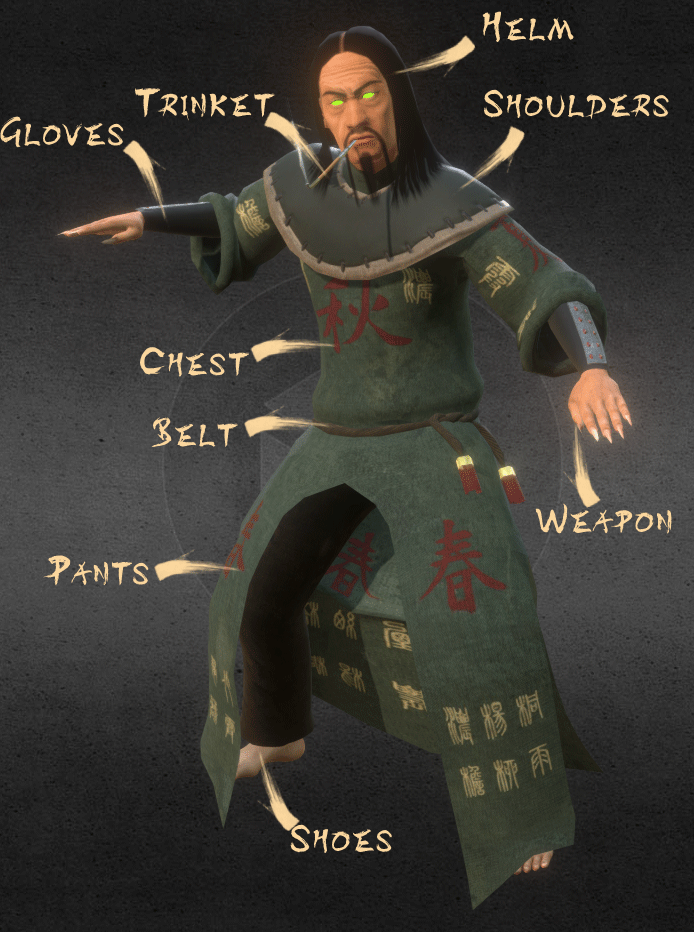 Secondly I designed my second class, "The Ronin".
I also made him a equipable set and a separation of gear chart.
Picture of the ronin, the gear and a link to the 3D build here. 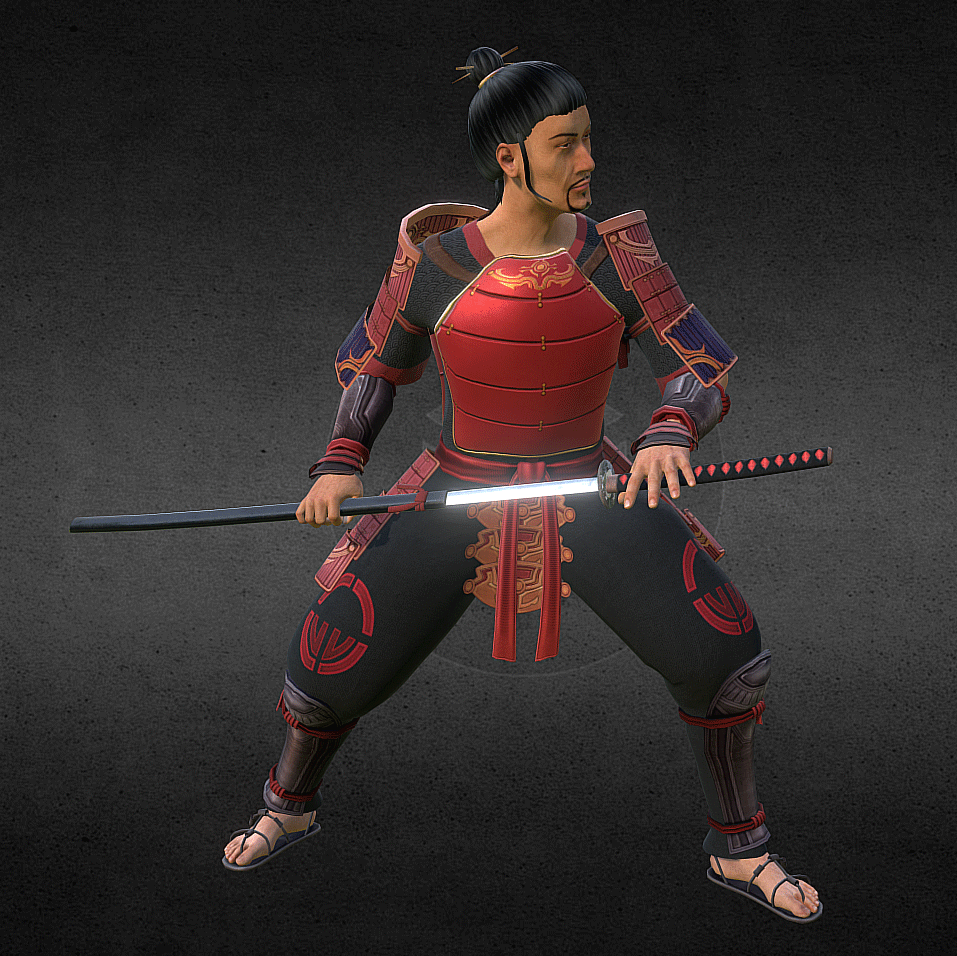 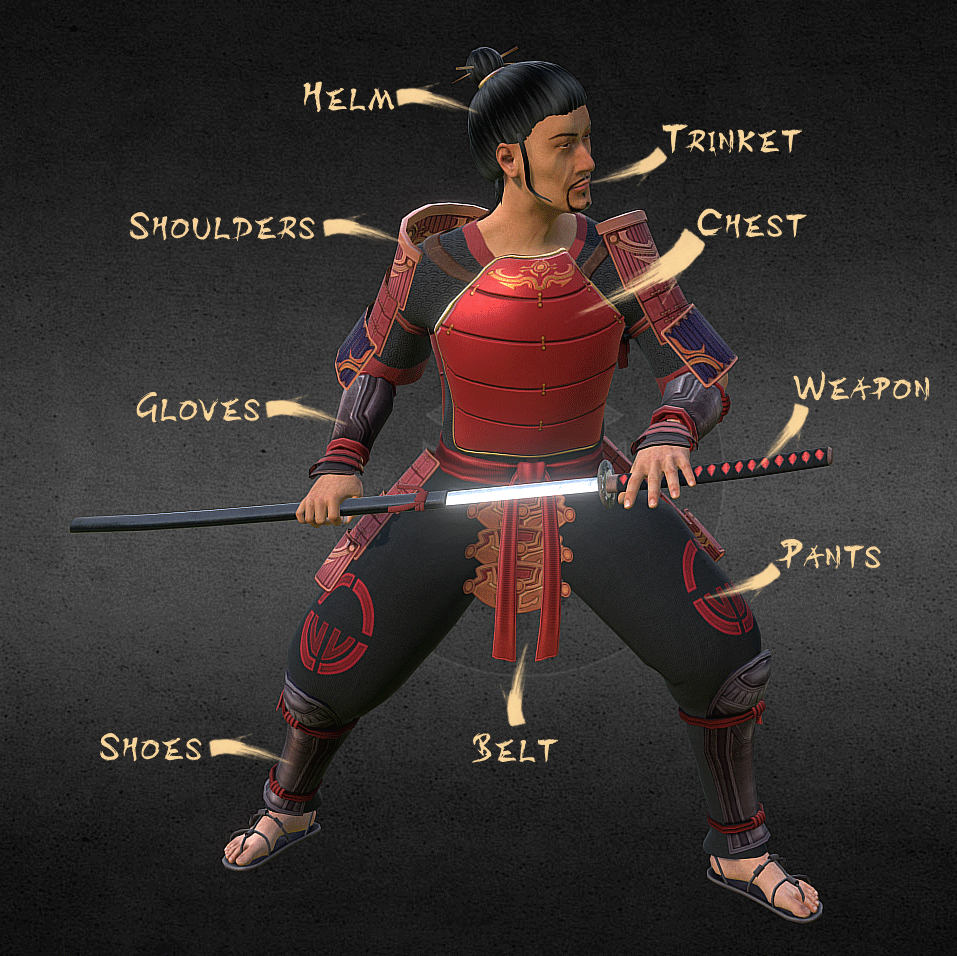 Next I made myself a main menu where I can choose a character and launch the game.
The interface looks plain, because it's just for testing, but at least we have the technology!
The main menu background is also animated to make it a bit more interesting to look at.

I also made a character creator, Diablo 2 style!
Currently it contains the necromancer and the ronin, some info and a selection animation.

Here's a video example of both:

Finally the most important part: Looting and equipping.
At the moment both classes have a base set, and a gear set they can equip.
There's ofcourse some beauty flaws, but the functionality is there to expand upon.

To test my gear equipping I made a prototype of the inventory window.
This is not the final version ofcourse, but the idea is I want to make it look like those japanese woodblock prints.

Anyway without further ado 2 videos of both classes looting, equipping and dropping gear with the new inventory.

And that's a wrap on the new year's update.

Again if you got any suggestions, ideas, feedback, etc, I made a forum on the site where you can post your comments.