Long time no see! Have a look at what we've been up to lately. Screenshots inside!!

Whoa, it has been a while! But let me assure you, we haven't been lazy at all. Development is still going strong and we've put lots of work into the whole project. If you followed our (almost) weekly updates in the image gallery on this site (or Twitter), you will probably already have witnessed our massive progress. If not - well, have a look at our round up: 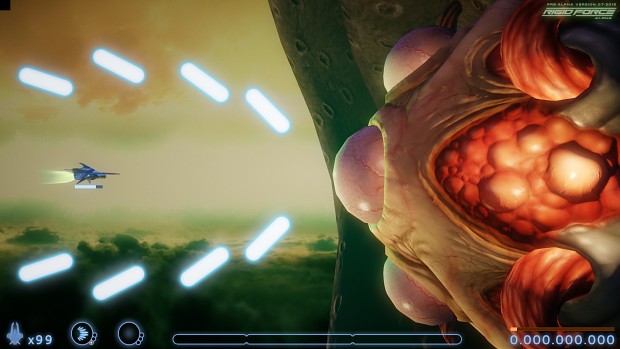 We focused on level design, visuals and content creation during the past months. Hundreds of models, textures and sound effects have been crafted and combined to some really beautiful shoot'em up stages, all running in fluid 60 FPS even on our minimum system configuration. 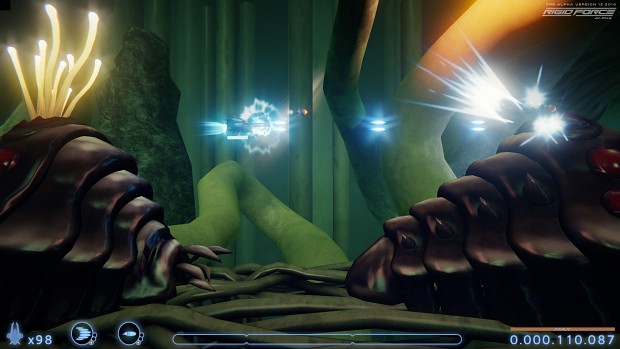 In terms of progress, every stage now has seen its second iteration, which basically means: We made them look nice and improved the gameplay. Apart from the visual part, this also includes scripting of lots of enemies and environmental hazards, such as massive laser beams, waving oceans of lava and gigantic growing plants (just to throw in some superlatives). 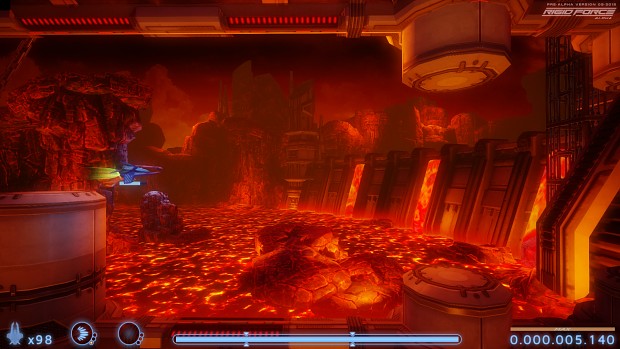 In addition to that we also have implemented the first of at least six boss battles as a proof of concept. And we're a little proud of the result! This means, we can easily jump into implementation mode for the remaining bosses soon. 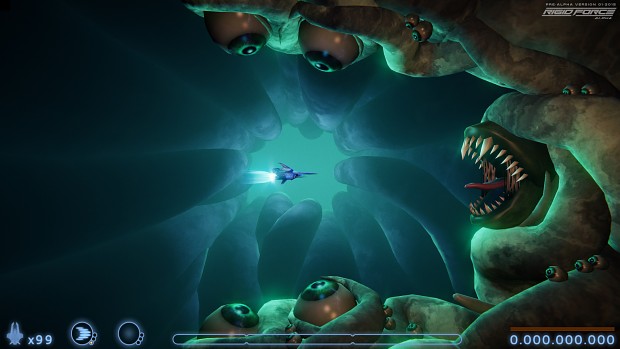 Please share your opinion about RFA with us and let us know if you like what you see or if there's anything you would like to know more about.

Also, please hit the TRACK THIS GAME button to the right to follow us, as it shows us your support and interest and furthermore directly results into a boost of motivation on our side!

Add lights to the player's ship to make it easier for the player to keep track of the ship's placement from peripheral vision. That said, I'm loving what you're doing with this game - can't wait to play it! Good luck.