Post news RSS News On The Next Patch! And Boss Fight!

Hey everyone, just a heads up on the next update which should (hopefully) be out within the next few weeks. Also, boss fight!

Posted by TheConjurersTower on Sep 24th, 2013

The upcoming patch primarily consists of cleaning up some of the UI, this will be an ongoing process throughout the Beta phase until it is the fully cleaned and polished, as well as making the game more 'accessible'. I've had more than a few players complain of being lost and confused, and given the scope of the game it definitely needs more than the brief tutorial that it currently has. So expect a newer shinier tutorial to arrive in the next patch, as well as clearer tooltips and 'help' buttons on some of the UI panels to better explain what's going on. The patch should be out within the next few weeks to a month.

Also I have all but squashed the 'battle hanging' bug which causes the battles to stop moving forcing the player to exit the game and lose some of their progress, on the off-chance that my efforts are in vain and the battle-hang bug remains, I added a manual 'Stuck' button that will appear on screen in-between rounds that when clicked should refresh the battles regardless of whatever is making them stick.

Another notable addition to the game will be more sound effects! I've begun adding more sound effects to the UI, building, harvesting, and to the battles to make the game feel more alive and atmospheric, honestly I don't know how this has gotten past me for this long, but no longer! The sound, like the UI, will also be added to and tweaked as Beta proceeds. 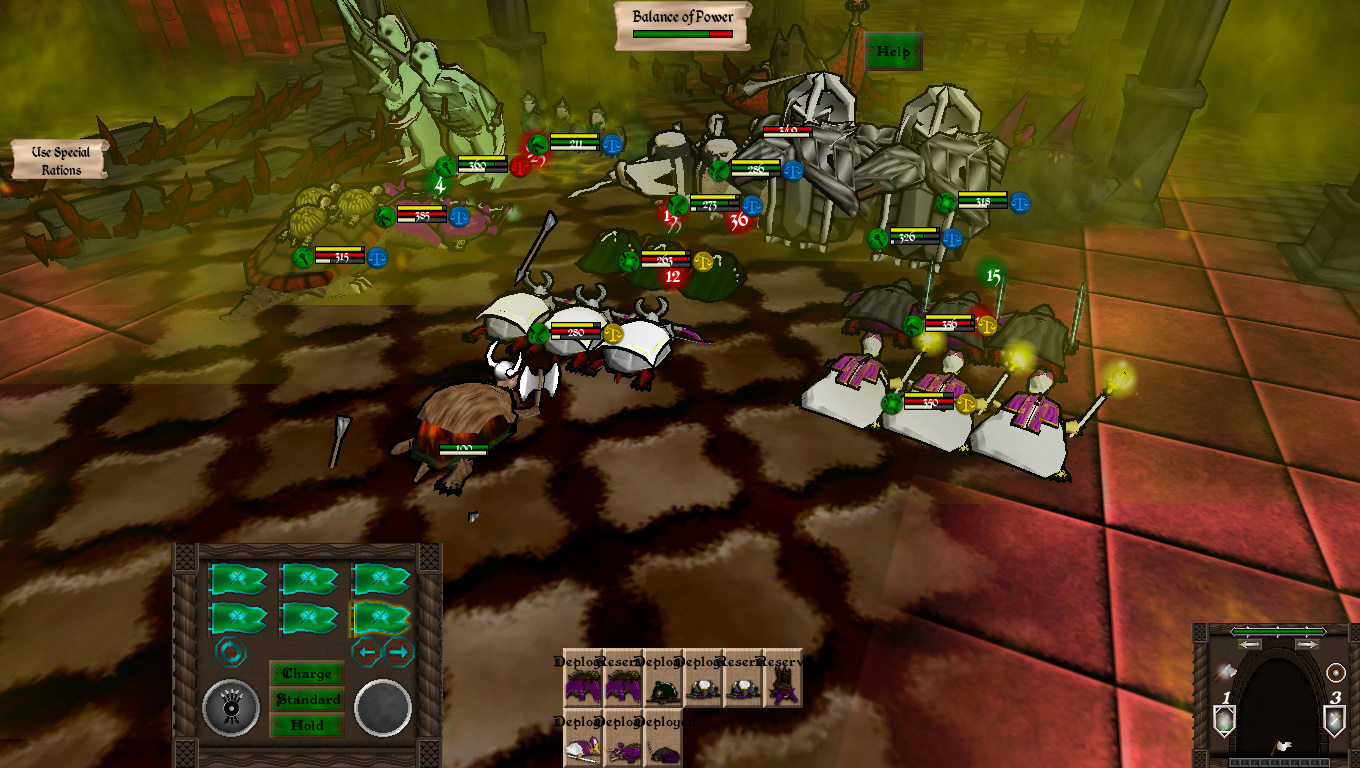 Important note! I don't know how I forgot to mention this in the last update, but the Boss fight was added to the game when it entered Beta. Moving an army onto the enemy castle will allow the player to engage the master of the Strigidae Hordes! Killing him will give the player a victory fanfare and message, but the player will still be able to continue playing to take over more of the map after the fanfare is concluded. The boss fight will be polished up and made a bit more dramatic as development continues, but it's still fairly epic as it is!

Thanks for reading & I look forward to hearing your feedback!
~ Heftig