This little update contains support for the new version of MC Version 1.31 and some smaller bugfixes


First of all, I have to say a big thank you, to everyone who downloaded this mod and a even bigger thank you, to the one who gave me usefuk feedback.

But back to the update: It's a rather small one and contains support for the current MC version (1.31) along with some improvements. I updated the stone texture, as there was some bad critic about it. 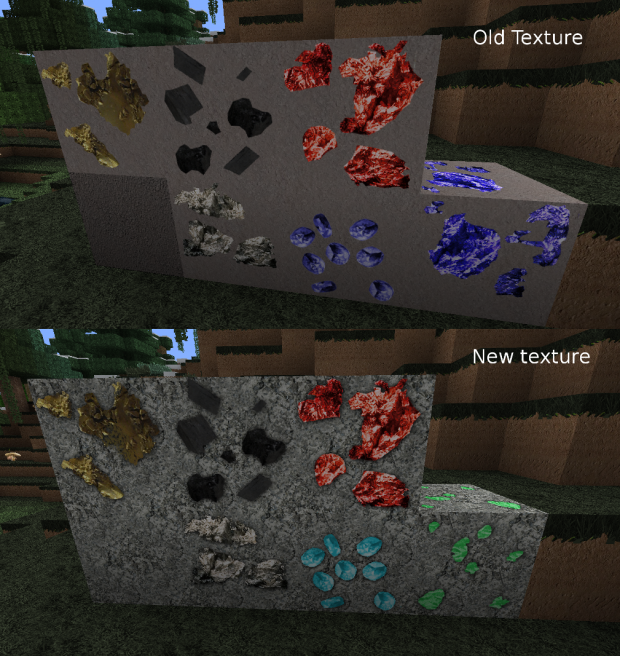 I also fixed a bug, where you could see stripes on some textures.

This texture pack is fully compatible with MC version 1.32. You don't need to re-download it, if you already got version 1.51 of my texture pack. The only thing you need to do is re-run the MC-Patcher. Otherwise, you could get heavy errors and crashes!

Not sure how to install it? Click here: Moddb.com

maybe because its a mod :O

I don't think texture packs can be considered as mods. Especially those that don't change everything

It isn't a great texture pack, doesn't really come together, ores looks horribly out of place and im not sure why you would need something like this in HD. I makes it look much worse, takes away its character and probably doesn't deserve its on mod page, just an add-on.