We've begun laying down the foundation for a pair of huge developments coming next month: The arrival of a the game's fifth expansion, and AI War 7.0.

Gearing up for the next AI War expansion: "Vengeance of the Machine"

This is just preliminary announcement so no images or release dates or preorder dates or even tons of detail, but since we've had to change timeframes on the Exodus project I'm now gearing up to work on the next AI War expansion: Vengeance of the Machine.

You puny human players will of course get some new toys (actually, considerably more than a few), but the theme here is making the AI more interesting and more varied an opponent. That includes "make the game harder" stuff (the new "Shark" AI Plot, as I'm currently calling it) but focuses on "make the game more interesting/varied" by adding more variation in what each AI planet's "subcommander" does (can pick different command stations, control guard post selection and placement, etc) and what guardians each AI gets in a specific game, stuff like that.

I'm going to be asking for some feedback soon, notably about what kind of new Bonus Ship Types, Guardian Types, AI Core Guard Post Types, etc you'd like to see. 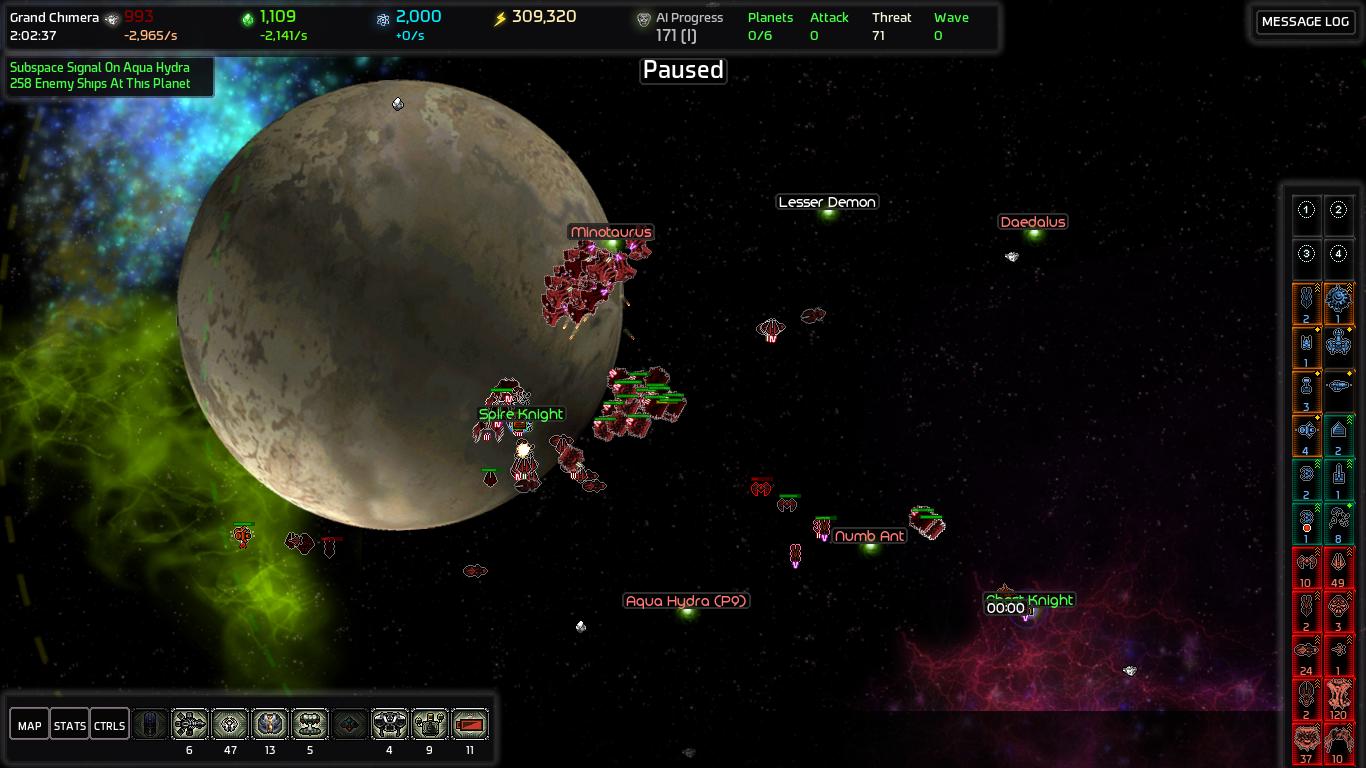 This one includes another big chunk of content for the upcoming Vengeance of the Machine expansion. We've already got quite a few alpha testers smashing at it, but it would benefit from more so if you're interested in alpha testing for the expansion, please shoot me (username is keith.lamothe) a PM in the forums.

Anyway, this release includes 4 of the 6 new bonus ship types planned for the expansion:

* The Lightning Torpedo Frigate, which fires miniature lightning warheads.
* The Zenith Devastator, a starship that isn't really a raider (kinda slow, for one), but can shoot right through forcefields to get at the juicy targets underneath. So more helpful in a stand-up battle versus a big pile of shields (exos, anyone?) than a Raid Starship.
* The Neinzul Railpod, a two-shot railgun that can be mass produced at alarming speed.
* The Zenith Hydra, which breathes flame and regenerates (no idea where Hearteater could have gotten the idea from).

There are also seven new types of AI guardian, ranging from the relatively straightforward (but dangerous) Needler Guardian to the outright terrifying Infiltration Guardian.

Perhaps most interesting of all (to me, anyway) is the new AI Planetary Subcommanders: generally only a few planets in a given game will have one, and you won't see them flying around or whatever, but you'll probably notice when you see the very... um, peculiar choices they make in command stations, guard posts, and where to put those.

There's also several (not necessarily expansion-related) bugfixes and balance changes and miscellaneous improvements. For one, I'm sure many of you will be happy to see your blade spawners and ally enclaves (and player enclaves, for that matter) not dumping endless numbers of ships onto your homeworld just because of that stupid subspace signal off in deep space.

Update: 6.034 hotfix to fix an unhandled errors problem with CPA launches due to the attempt to make the carriers not drop on neutered planets. A few other small changes in there too.Originally posted: Arcengames.blogspot.com

This one is the first non-hotfix release we've done since starting the private alpha of the upcoming Vengeance of the Machine expansion.

The release has a number of non-expansion changes that we hope help (we're particularly curious to hear how that target sorting performance improvement works out), but the main addition is the new "Showdown Devices" minor faction for the expansion.

Won't spoil the details on the faction for now, but we will mention the ultimate point of the faction: provide another alternate way to win, and an ultimate stalemate-breaker :)Originally posted: Arcengames.blogspot.com 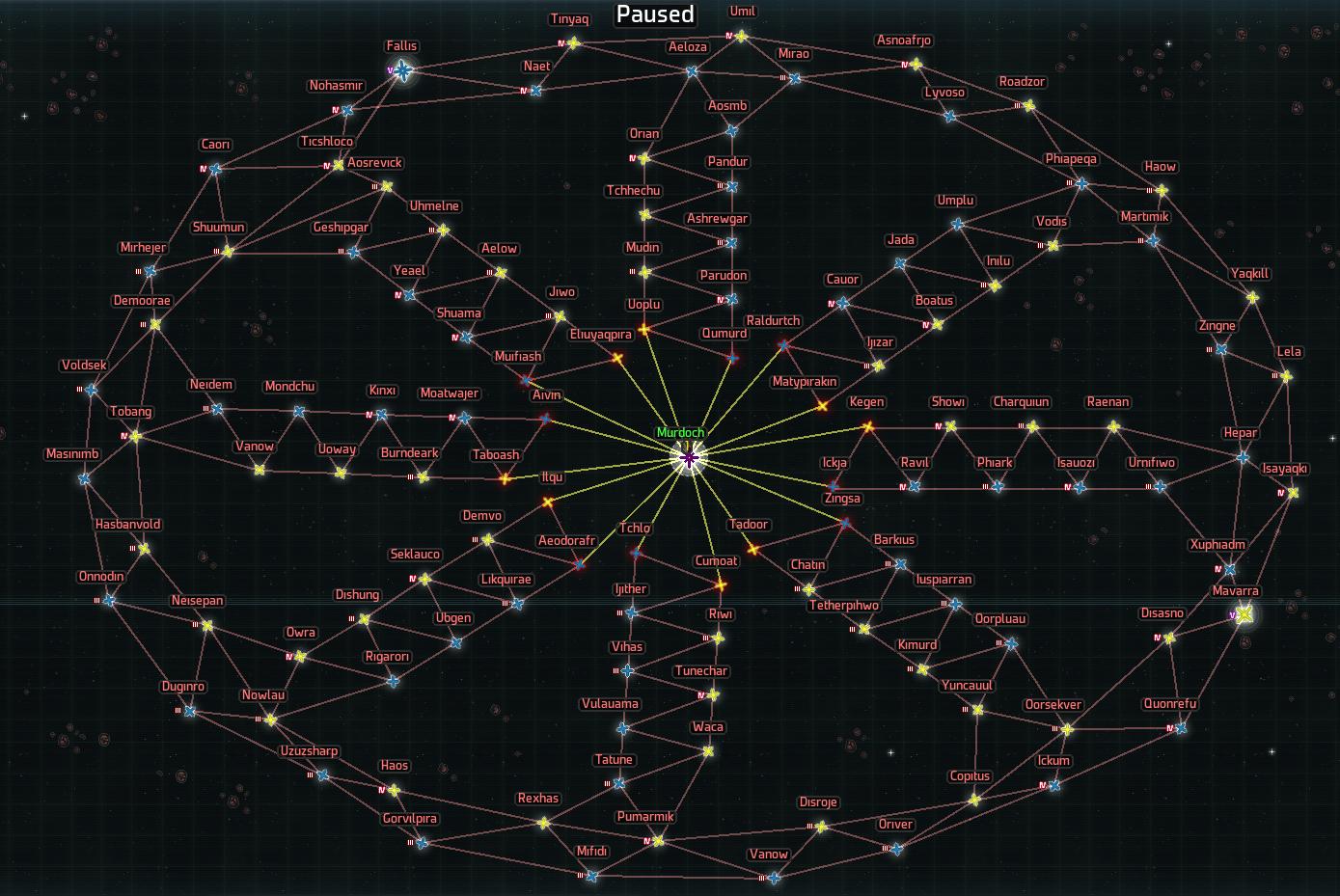 This one contains a huge chunk of the "base game" (not part of the expansion) work going into 7.0. Following the expansion's theme we've just put a lot of work into updating the AI itself to better deal with the many additions and changes made to the game over the last few years, and also take advantage of new things we've learned in that time.

So fair WARNING: this release has some significant "foundational upheavel", mostly in the AI code, and may have some very strange and wonderful bugs (more strange than wonderful). That said, we've put many hours into testing it both in unit tests and just playing the game and it's been stable, smooth, and fun so I think it's ready for beta release. If/when you run into issues, please let us know! :) And please give us your feedback (positive or negative) on the changes in general. You may not even notice them very much depending on the situation, depending on how much time you spend actually looking at what the AI units are doing.

Anyway, a few highlights on the AI changes:

- The AI thread itself now runs much faster and thus the AI is now able to respond to changes in the situation more quickly.
- The AI's normal "threat" (as opposed to the "threatfleet") is now better at finding targets it both wants to reach and can reach and is now more responsive to changes in the situation.
- The AI's "wait" behavior (when it's sending units through a wormhole but realizes it shouldn't send them in yet or they'll just die) has been significantly improved to not wait right on the wormhole, to have a better understanding of the actual balance of power (and thus when to go through or not go through), and to "cut bait" if it's waiting too long and a better opportunity is available somewhere else.
- The AI's individual ship targeting priorities have been improved in several ways, including making some of its heavier combatants more serious about taking out the main human threats on the battlefield and making its units less concerned about secondary targets (and thus more concerned about primary targets) in major fleet actions.
- Various strange bugs and oddities that crept in over the years have been excised. There's almost certainly still some hiding out, and others introduced in what we've just done, but now we're in a better position to actually find and fix them. Notably, there are several new debug commands available to players who want to help us find out what's going on when they see some strange AI behavior (particularly those that we can't reproduce from a saved game).

And some other highlights of this release:

- Guardian seeding in a game's initial map generation is now much less painful because each planet won't start at full population, and guardian populations in general will be lower and less dependent on map type (because guardians will no longer spawn for Wormhole Guard Posts). But remember that alerting a planet will (as before) allow it to gradually reinforce up to maximum guardian population. That can be painful ;)
- Cross Planet Attacks now always deploy as carriers, and carriers auto-deploy much more readily in most combat conditions (and can now partially deploy, in those conditions). Also, we undid the recent change that made CPA ships start as threatfleet instead of normal threat, because the AI improvements have made normal threat much more immediately dangerous. Oh, CPAs can also syncrhonize with exos on higher difficulties under certain conditions now. That won't hurt a bit, really.
- Fixed a recent bug that was causing _way_ too many counterattack guard posts to seed during initial map generation.

Update: 6.029 hotfix for a bug from a few versions ago where auto-loading with the ships in a control group with the new "control group always group moves" toggle would cause unhandled errors. Also fixed a bug (probably from the last version, not 100% sure) where threat could get stuck on a planet where the only human unit was a captured core warhead interceptor.

Update: 6.030 hotfix to fix a number of issues found in the recently started private alpha of the expansion.

Update: 6.031 hotfix to fix some more issues discovered by the alpha, as well as some non-expansion-related bugs.

This is a standard update that you can download through the in-game updater itself, if you already have 4.000 or later. When you launch the game, you'll see the notice of the update having been found if you're connected to the Internet at the time. If you don't have 4.000 or later, you can download that here.Originally posted: Arcengames.blogspot.com