Great new additions to the game such as mouse control, an ingame tutorial and more!

Posted by coffeemuggames on Jan 8th, 2013

First of all, I want to say thank you to everyone who has been playing or watching the game so far! Your support and feedback has really been motivating. :)

There is a first update for 'I, Mayor'. Release 2 features some great new additions, of which some have been requested by players.

The game is now controllable with your mouse. You can move through the menu, select buildings and build stuff, all with the mouse. That should make it a lot easier to realize your mayor's dreams. 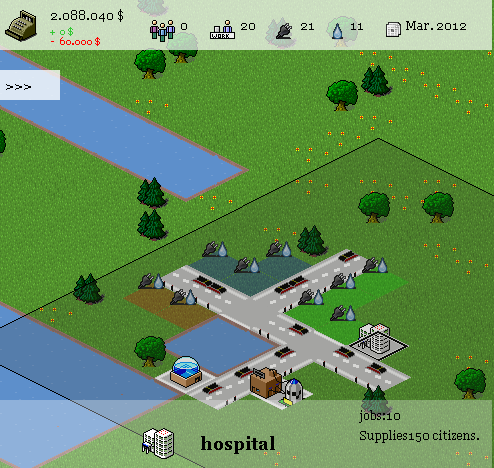 Also, now you can play an ingame tutorial. It explains all the features and the controls. 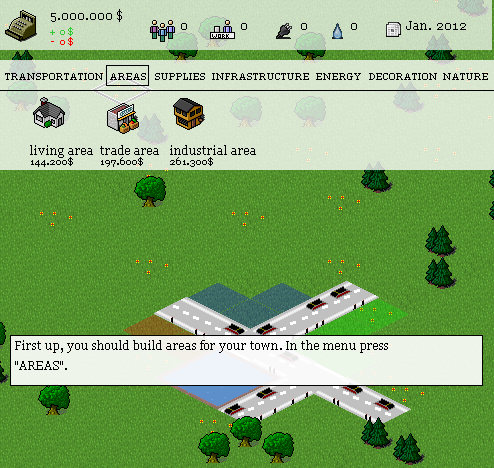 Since some people experienced problems with Java version conflicts in the past, 'I, Mayor' at the beginning now checks whether your version is at least 1.7 or not. If it is not, a message will pop up.
Then of course the new version contains bug fixes and also a technical improvement; after optimating the engine the game now uses less CPU capacity.