Also, as the game gets closer to a fully playable state (and alpha release) I've been working on completing various standard features of an RTS, including control groups, unit stances, and generally better unit AI.
Control groups work much the same as in most RTS games; Ctrl plus any number key 0-9 will assign a control group, and pressing the number key on its own selects these units. Units can also be in more than one control group at the same time. 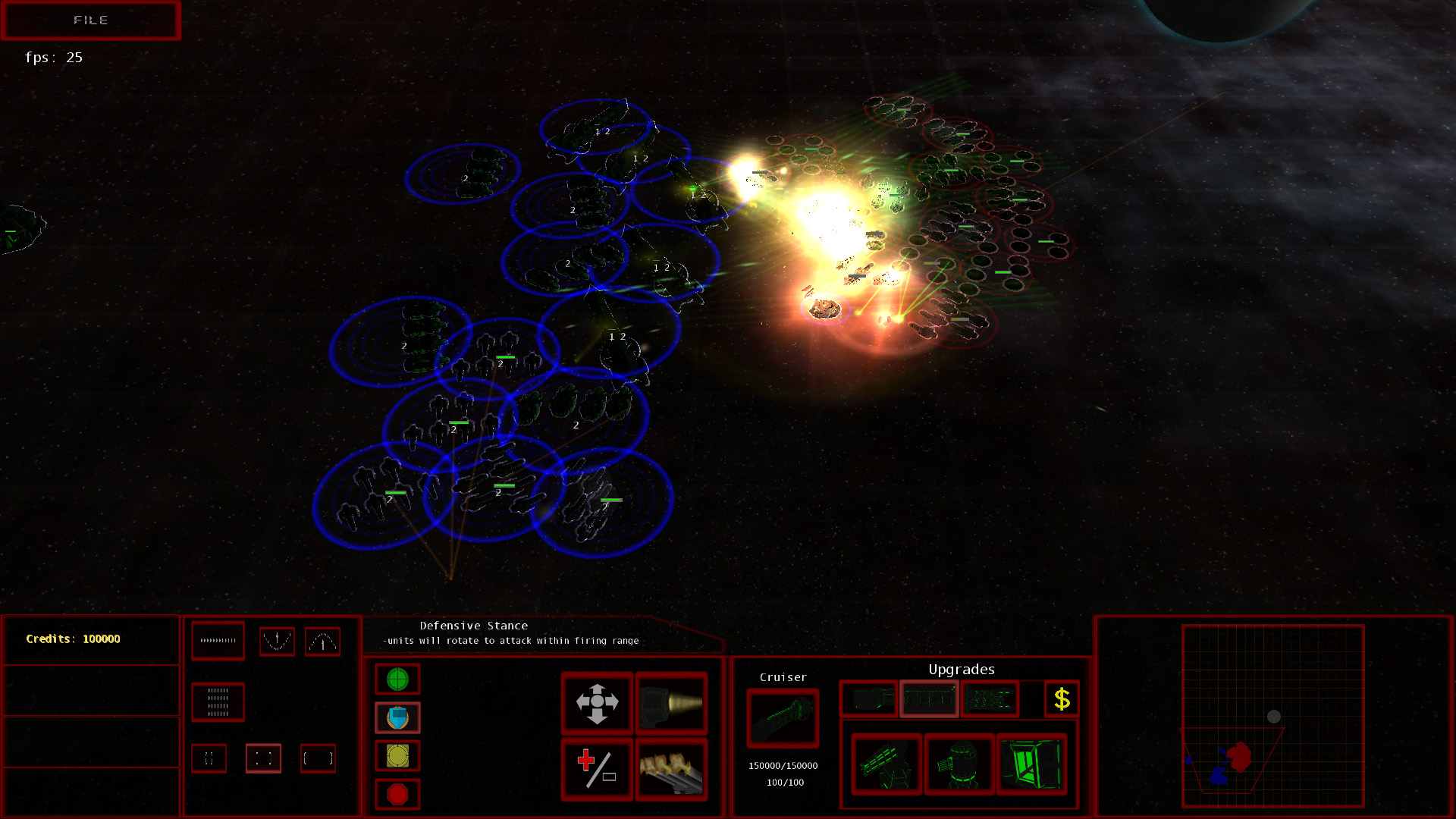