The fleets of Star Legion now deploy two new classes of warship alongside their Fighters. Spend points earned in combat to deploy as a Frigate or a Cruiser.

Play the latest demo on Itch.io!

Cruisers are slow-moving but offer long-range artillery fire that can be devastating against battle stations. The Cruiser's main cannon is slow to charge but deals high damage on impact, making it perfect for combating battle stations, other Cruisers, and sometimes Frigates. Cruisers are equipment with broadside autocannons that target nearby enemies automatically. These autocannons are the Cruiser's main defense against enemy Fighters, but they only cover a limited angle on the Cruiser's sides.

Frigates deal the same damage as Fighters with each shot but are able to fire more quickly. Frigates can deal particularly destructive laser barrages, but they are less agile than Fighters. If a Frigate finds itself flanked, it may not be able to maneuver quickly enough to counterattack. 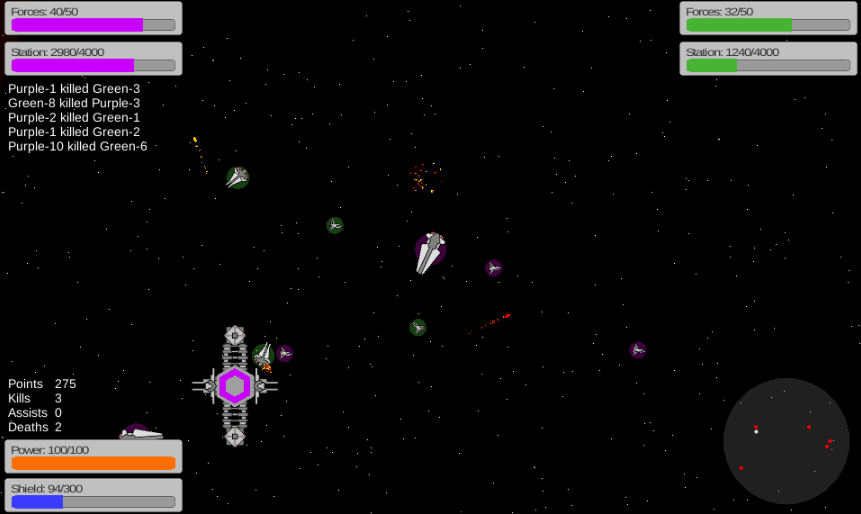