This week a lot of work has been put into the new resource tree of flowers -> dyes -> textiles. Currently, flowers are used to produce dyes and dyes and wood go into producing textiles which are used in hotels. Additional uses may be added in later on. 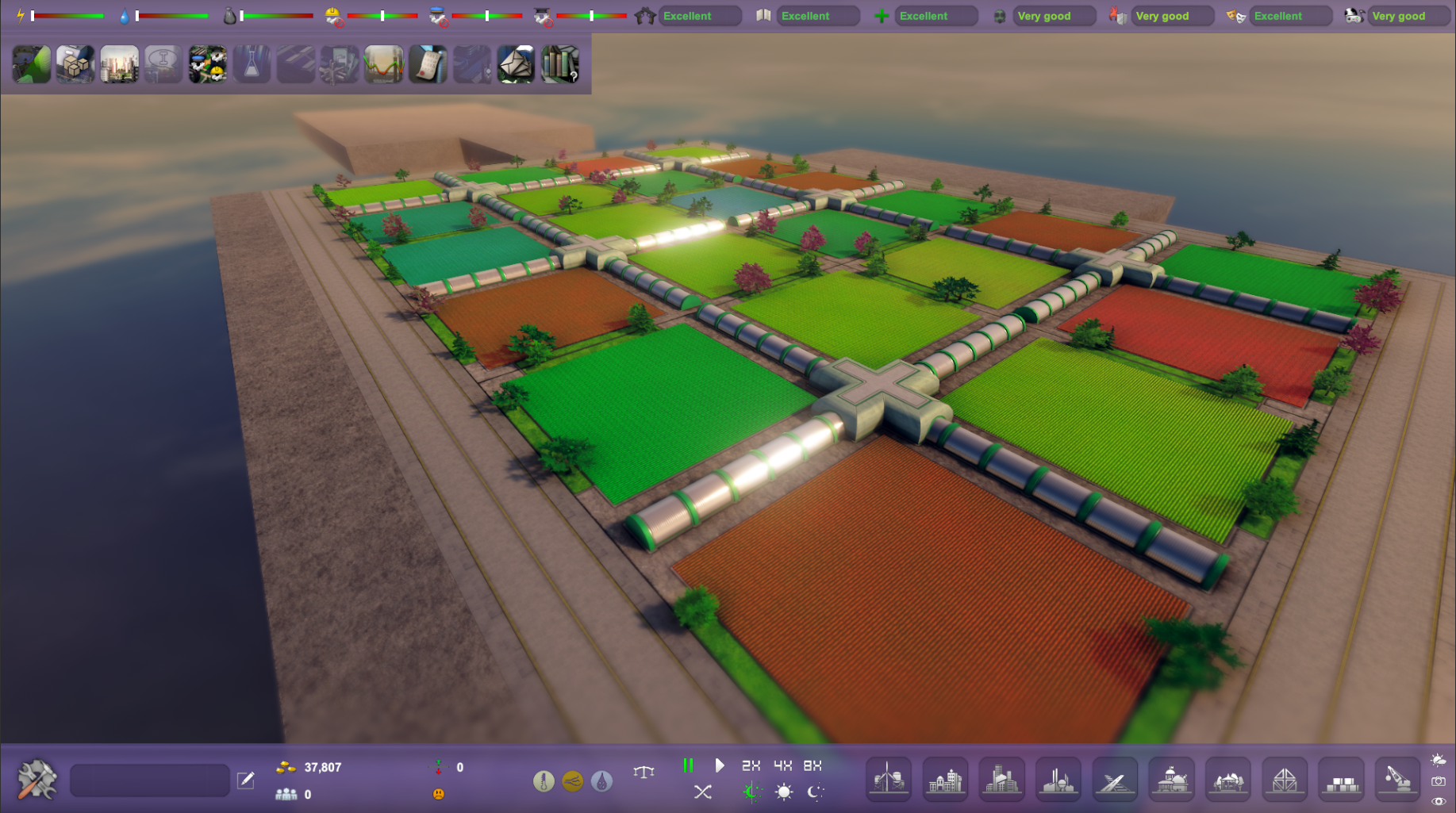 The flower farm has a 6x6 foot print and is fairly pricey - overall resource production for hotels and hotels themselves are rather pricey, but tourism can also add a lot of revenue to a city. 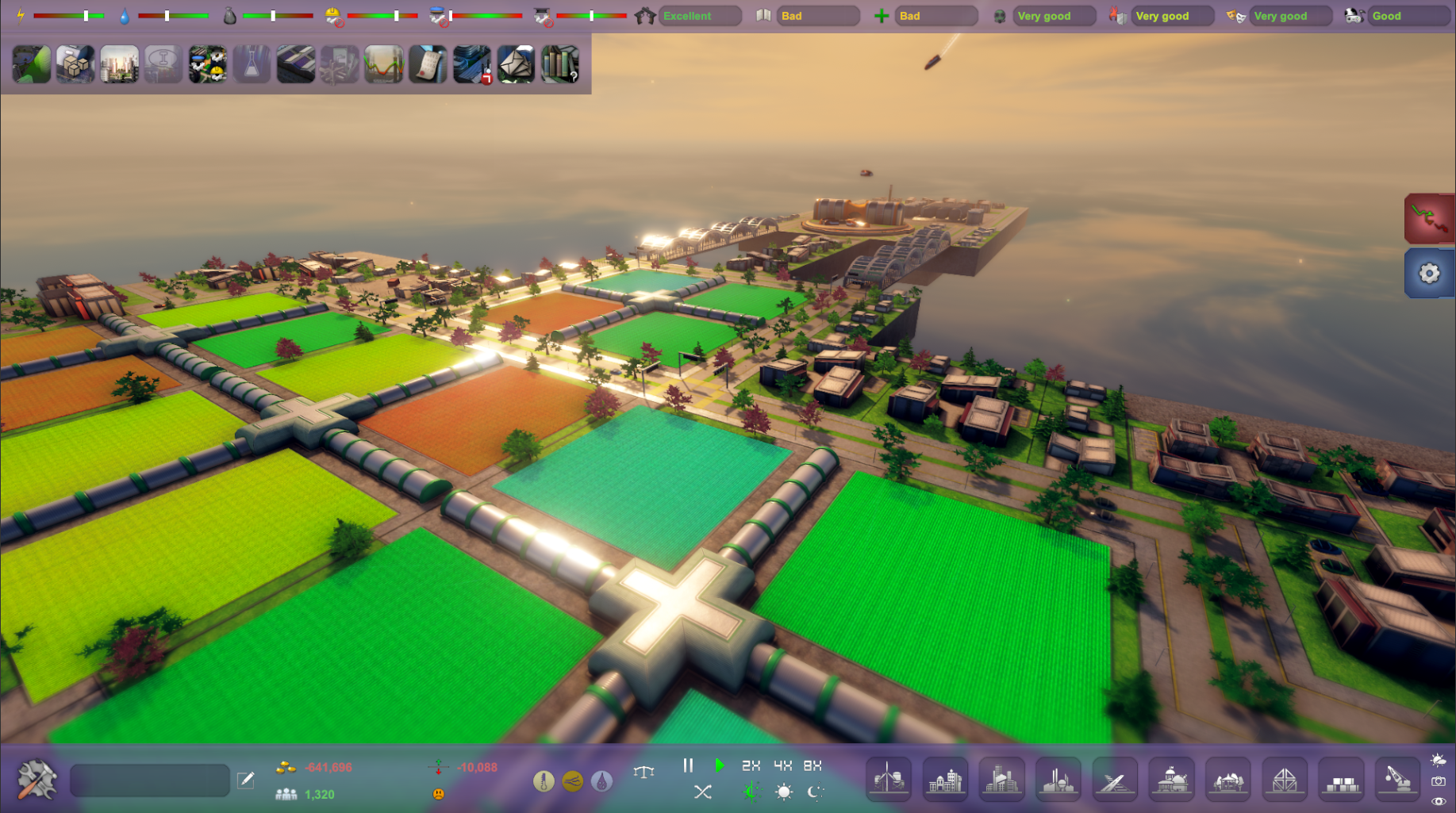 Once flowers are produced, dyes can be produced: 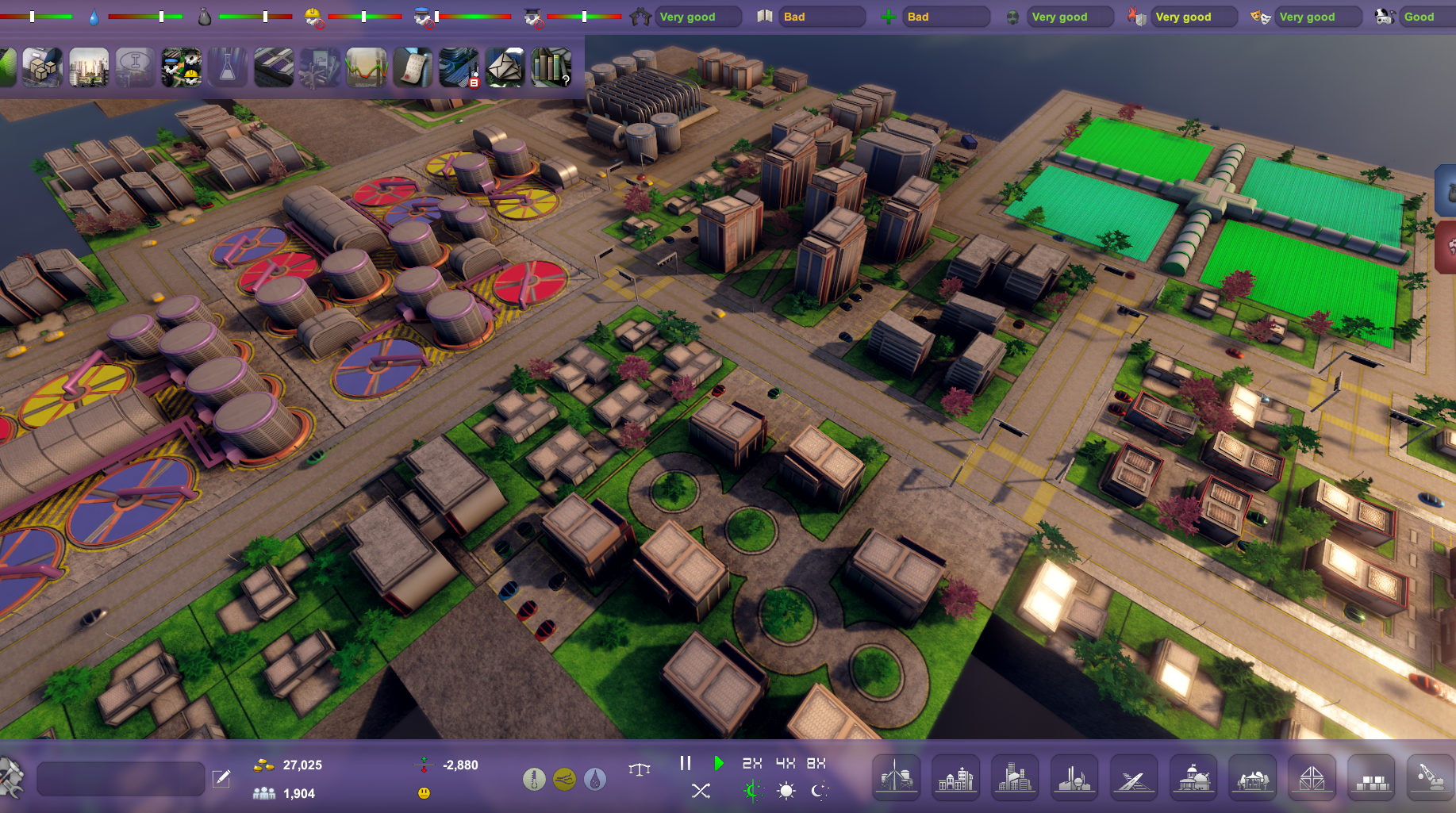 I've started working on expanding public transportation as well. Currently there's only vacuum trains. I'm working on expanding with trams, which will be an early game public transportation system. Trams are built on roads existing roads (not avenues) and stations are 1x2 sized and also placed on roads.
I'm also adding in a monorail system. The monorail system will be larger capacity than trams, but also require more space (stations etc.).
Vacuumtrains will be made a bit more costly, and will be the highest capacity system and will also allow resoures to be shared across different city "islands" unlike trams and monorail.
The tram system can be seen below as well as a WIP of the textile factory. 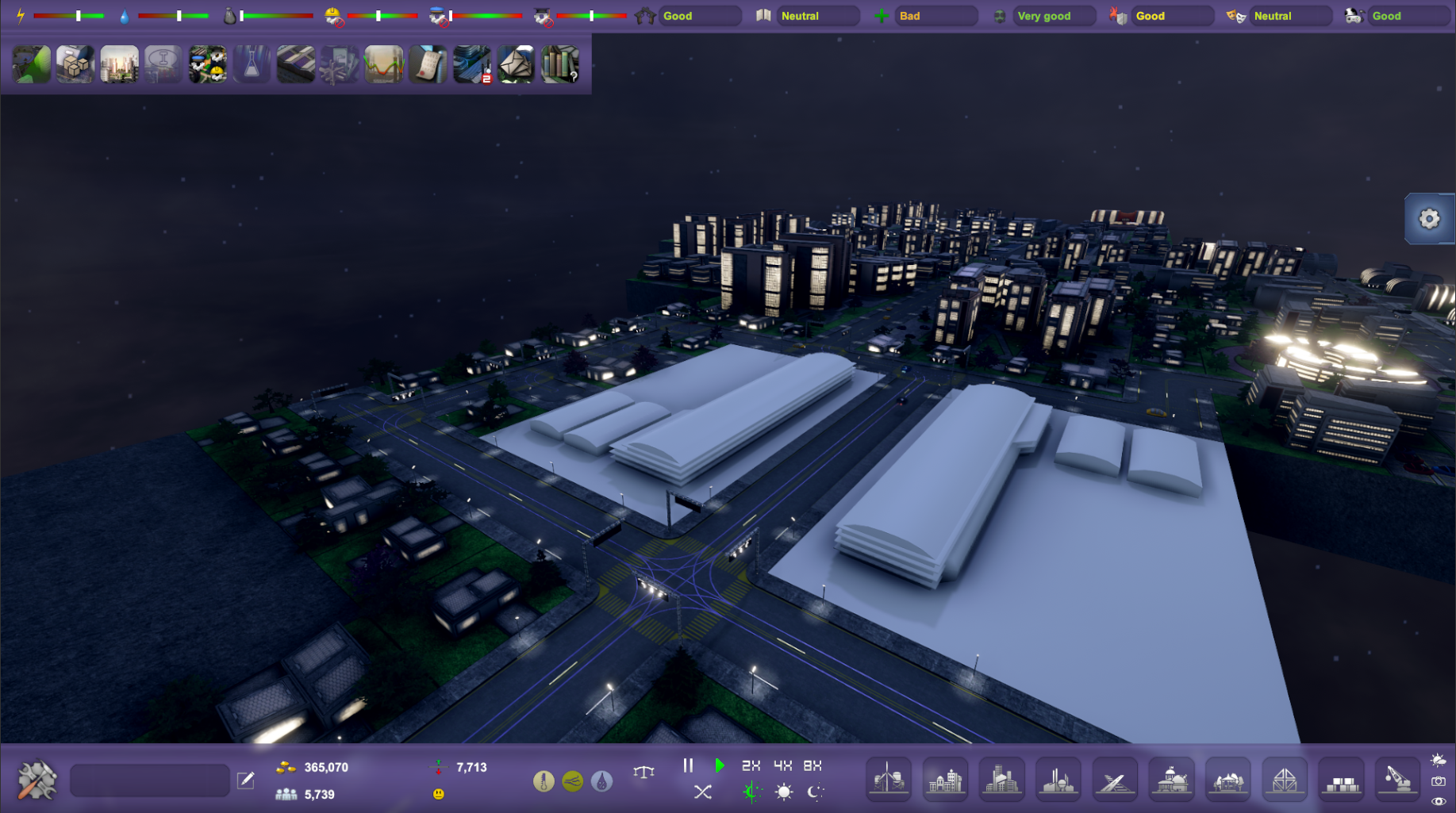 When working on the trams I also decided to overhaul the look of roads. So gone are the square roads, and in are roads with some curves. 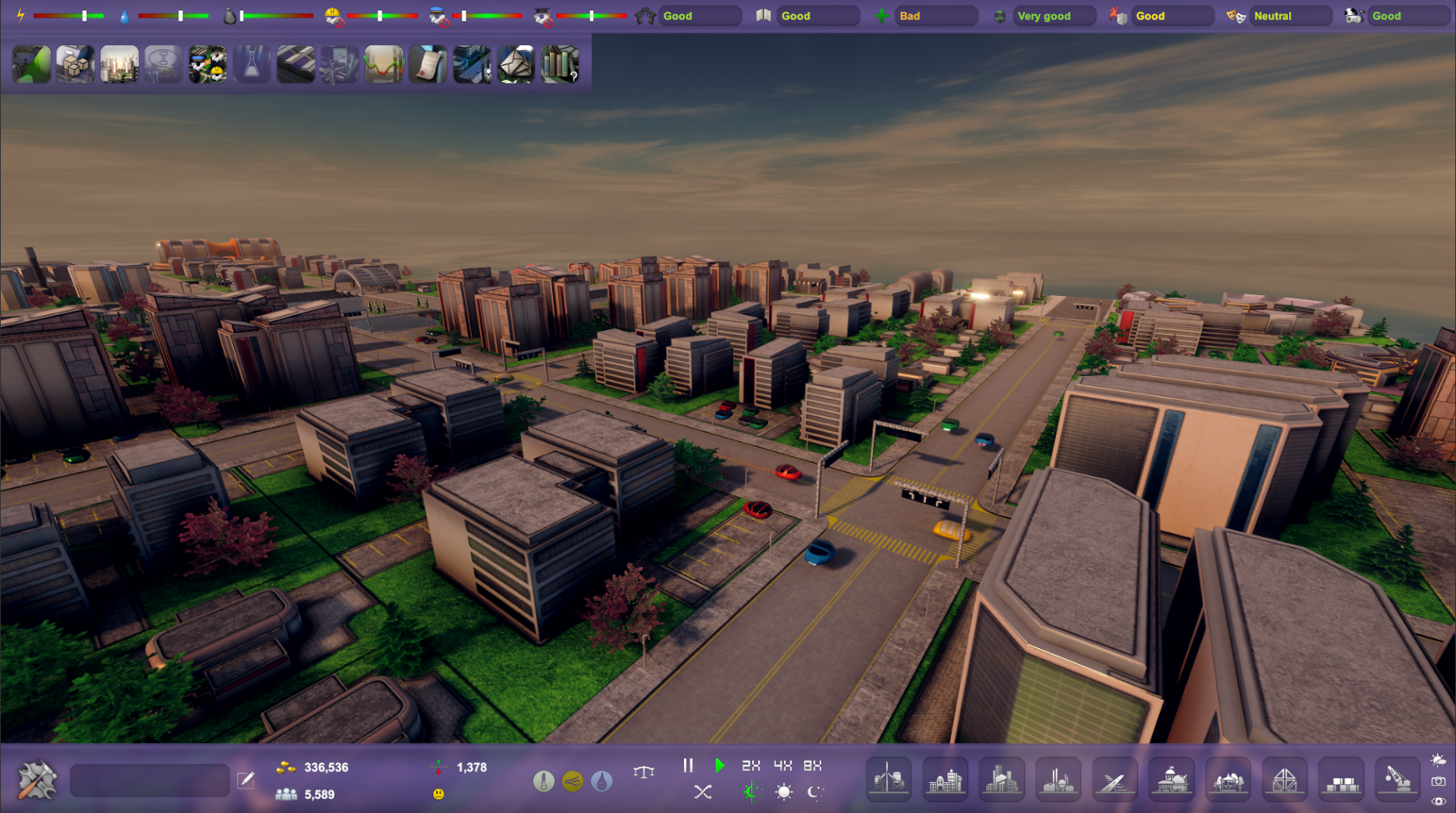