The new beta the version of game is prepared. Now LODKA is available not only under the WINDOWS platform, but also under LINUX!

I submit to your attention the next version of the game BOAT (LODKA) .

This time, game is available on Windows and LINUX platforms.

In comparison with last assembly, it is possible to find in game:

The improved behavior of warships of the opponent

Calculator of calculation of torpedo attack

The improved behavior of the tool

The increased maintaining control by fire

Enertion of the movement and turns

Division of crew on specialties

The improved behavior of devices

The camera watching a torpedo

And many defects are also eliminated. 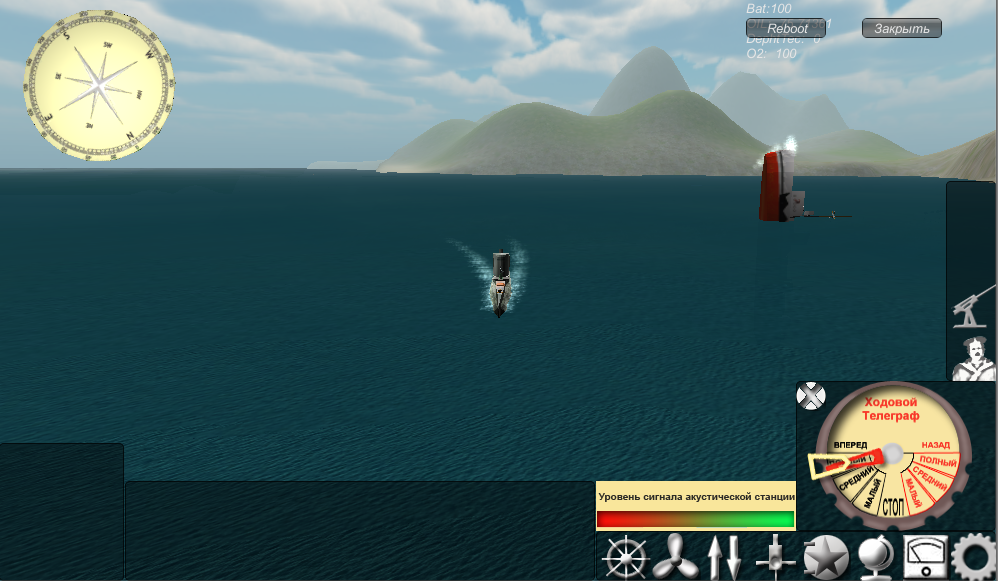 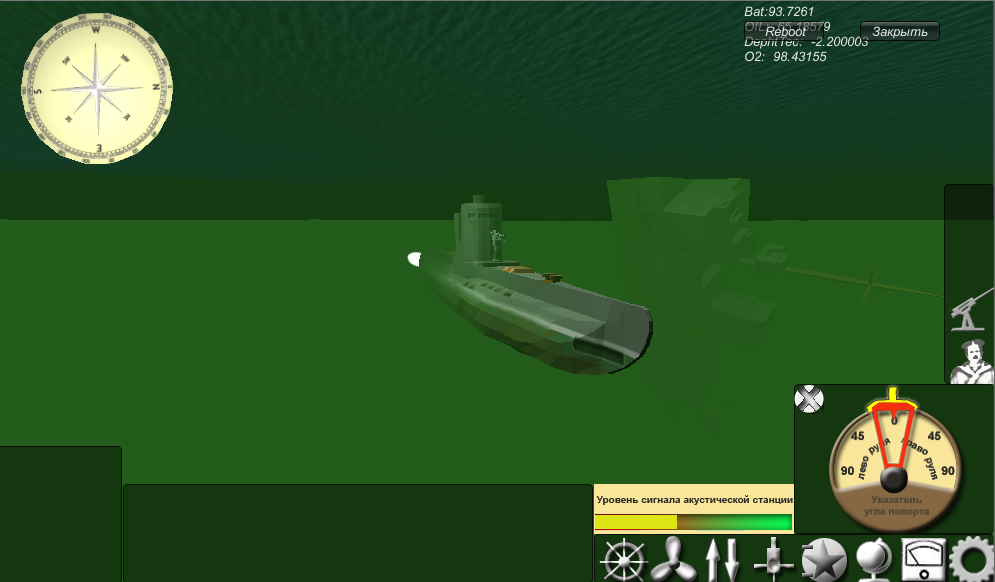 Big request, owners of LINUX, report, whether game is started at you.

In need of additional information on management or calculation of attack, write, I will surely translate manuals. Now they are available only in Russian.

Completed mission
I destroyers sunk by torpedoes (one each), cargo ships, I shot out of a cannon!
Good luck - divers!