We’re writing to provide an update regarding the expected release date for Luckless Seven. We were excited to release the game in Q2 2016, and we know that you were too.

Based on the feedback we’ve received since our Kickstarter, both from backers and attendees of OGDE, we’ve decided that we wanted to devote additional time and resources to remaking the beginning segments of the game. We believe that we can make the introduction area an amazing experience, but for that we need to spend additional time redesigning some systems and quest structures.

We’ve recognized that this would make the pace of our production not on track for the expected date. We want to be as transparent as possible about our expectations for release, so today we are announcing a new anticipated release date of Summer 2017. The changes we make could potentially get completed sooner, but we want to make sure we give ourselves enough time to implement it correctly. We are still working on the project full time and will be until its release. 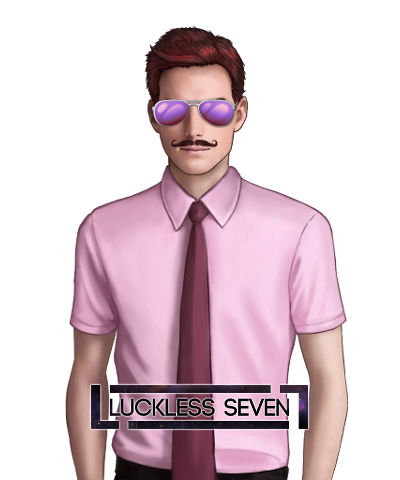 We plan to release a game with a full, rewarding story and world. And to do that, we want to release a Luckless Seven with an average campaign length of six hours. We believe in this goal, so we’re working hard to create the new content that will make up the game we’re aspiring towards. But we’ve been working on other things too, and these other things have impacted the pace at which we’re able to finish new segments of gameplay. 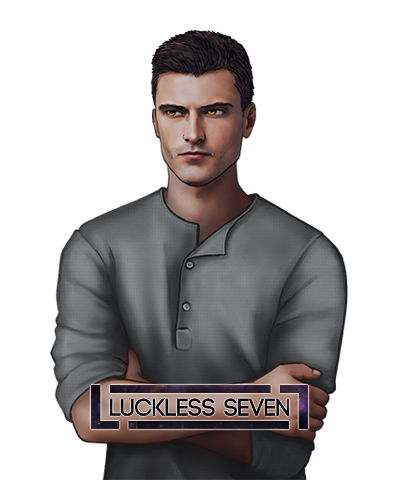 New portraits of the main characters to better convey their feelings and thoughts.

So, what have we been working on? A lot of my work has been dedicated to improving the user experience for our players. We’ve worked on changes to make music and scene transitions smoother. We’ve added UI components to the battle board to better display different game states. We’ve implemented a new camera-zoom feature that will allow players to zoom out and appreciate large, open environments or zoom in to get closer to the characters. (We’re really excited about this feature.) We’re now taking a look at what we’ve written already and have a plan to release changes in response to some of the awesome feedback we’ve received. 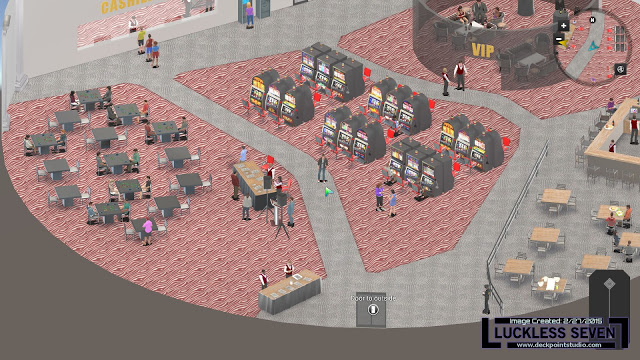 Now zoom in and out to better view the surroundings. 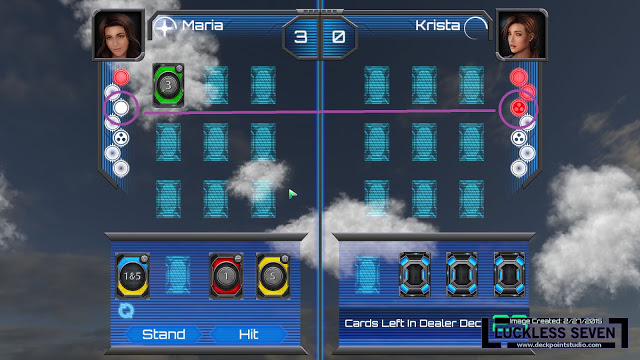 New marker to better convey when new cards will and will not be dealt.

We think these changes are critical to refining the experience of Luckless Seven. We think they’ll improve gameplay from start to finish. However, they do take time to troubleshoot and implement, and they have impacted our release timeline.

Here’s what you can expect from us: the fully-realized Luckless Seven that we want to release in 2017. Between now and release, you can continue to expect consistent, transparent communication from us on our website, the Kickstarter page, and IndieDB. In fact, there’s a lot of exciting news coming up a lot sooner than 2017. We’re keeping a few things under wraps for now, but we expect to announce the release of a new demo that will include “Day 3” of gameplay. Other announcements will follow! 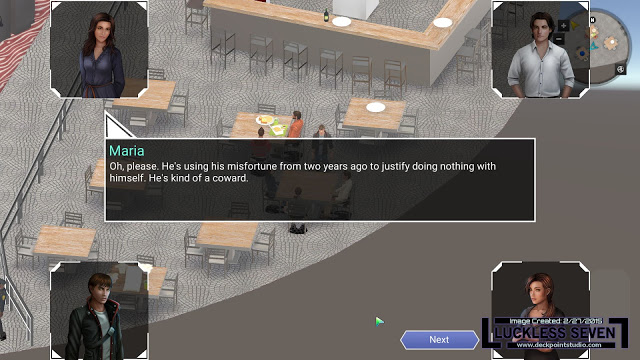 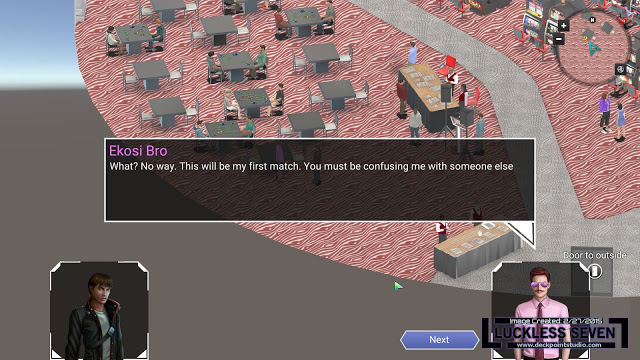 We don’t take pleasure in announcing a setback like this, but we are happy to announce that we’re maintaining the pursuit of our goal: the release of the best possible Luckless Seven. It matters to us, and we think you deserve it too.

If you wish to withdraw your support of Luckless Seven due to the delay, you can request a refund by sending us a message on Kickstarter or sending us an email at jesse@deckpointstudio.com.

For us, it’s back to work! You’ll hear from us again when Day 3 is ready to go. If you have any questions, you can e-mail the above address or post in the Comments sections below.