I've decided to leak a low quality trailer to a new Stargate game I am making. Players will be able to choose between 3 races and play through the story line of how the goa'uld obtain their mother ship technology. As of now System Lords browser base game is supporting the future project but will be asking for some donations via kick starter to help kick it faster into gear. I'm wanting to tell the story of the Furlings as to who they were and what happen to them. 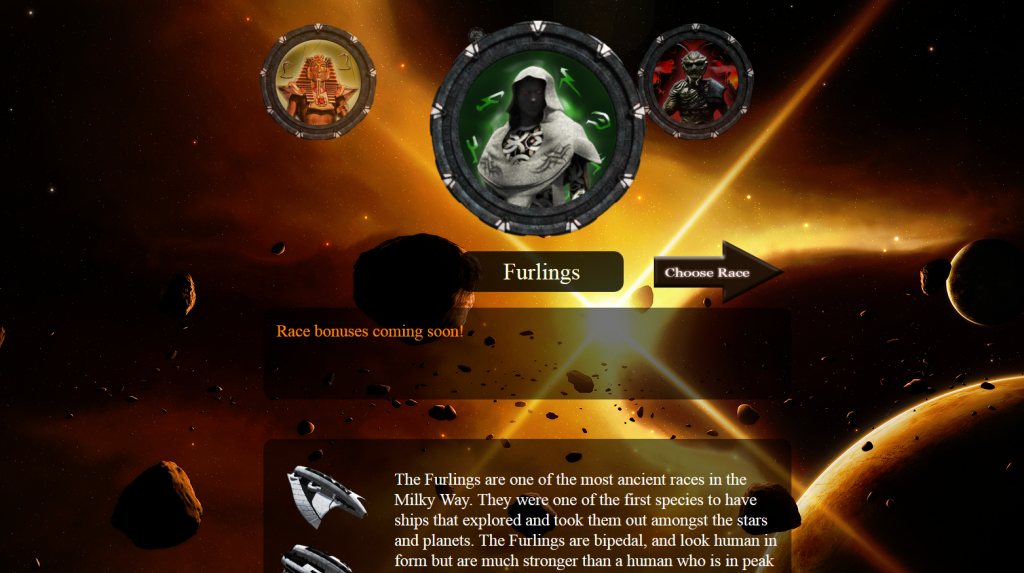 A few days ago System Lords browser game released races and personalities with no bonuses. Players can choose 4 races (Gao'uld, Asgard, Furlings or Onac) and 7 personalities. Each race has its own unique units. I will tell the story that was never told. The story of the Furlings! You can watch another cinematic trailer below for the browser base game. Enjoy! System Lords is the only Stargate related game that delivers non stop updated content. No other stargate game comes even close. The game has a excellent community and is not overly moderated. I do things a lot differently with System Lords then most admins.

This is some graphics of the units for each race and also will be concept art for the newer game I'll be developing. The idea is the Goa'uld got their mother ship technology from the Furlings and that is the story I am going to tell (For example Sokar's host was actually a furling host and not human.). Giving Stargate fans a new adventure.

I wish you all the best with the project and I look forward to it, I'm now tracking so please keep us all updated from time to time, Cheer's.