One of the main challenges when developing a puzzle platformer (or any game genre for that matter) is keeping the player interested. So it's always a good idea to keep unfolding fresh stuff.

Some games make palette swaps, others may fill a room with spikes and make the player jump over them 452 times, then in the next room it's double the spikes, double the jumps (double the fun?). I'm not gonna lie, we do have a little bit of that, but we also like to think of a brand new obstacle every 4 o 5 stages of the game. Today we're gonna show you just a few of them. 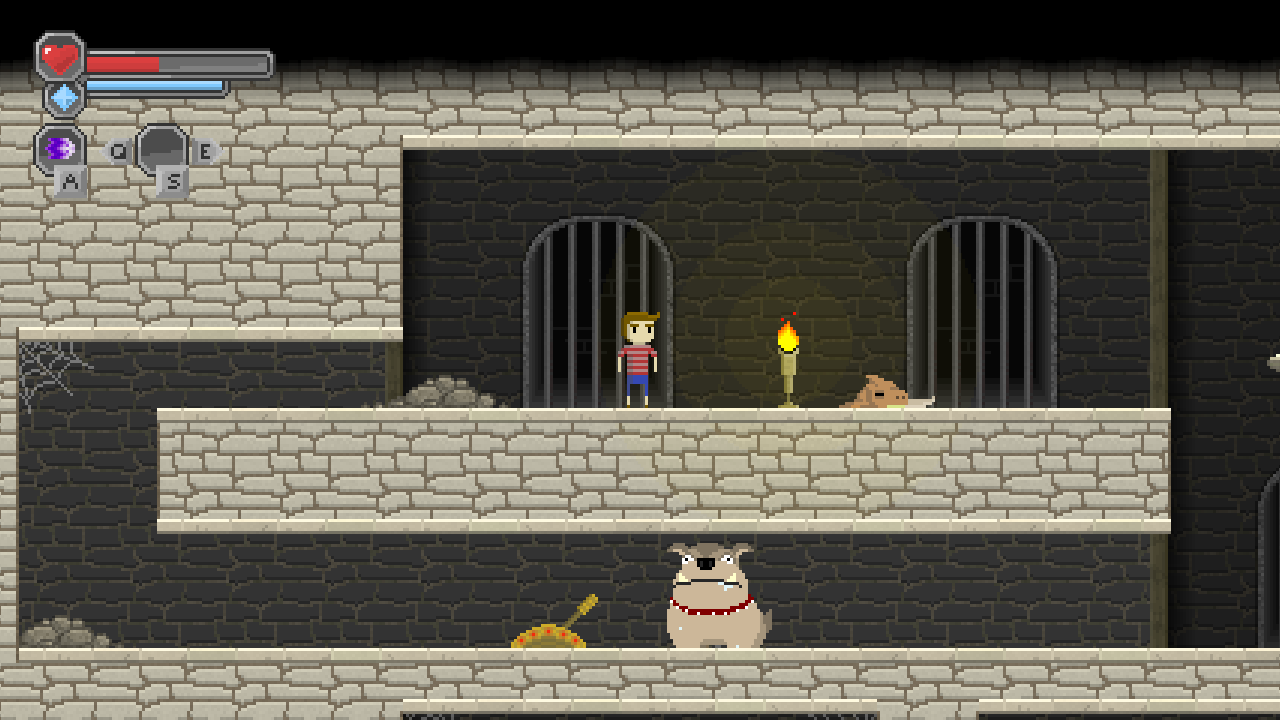 It has a line of sight and a limited area to attack the player. It's fast, unkillable and the player can't survive its bite. There will be times you can just go around it, but in other occasions, the only possible path will be through the dog's hall (not gonna spoil how to manage such a task). 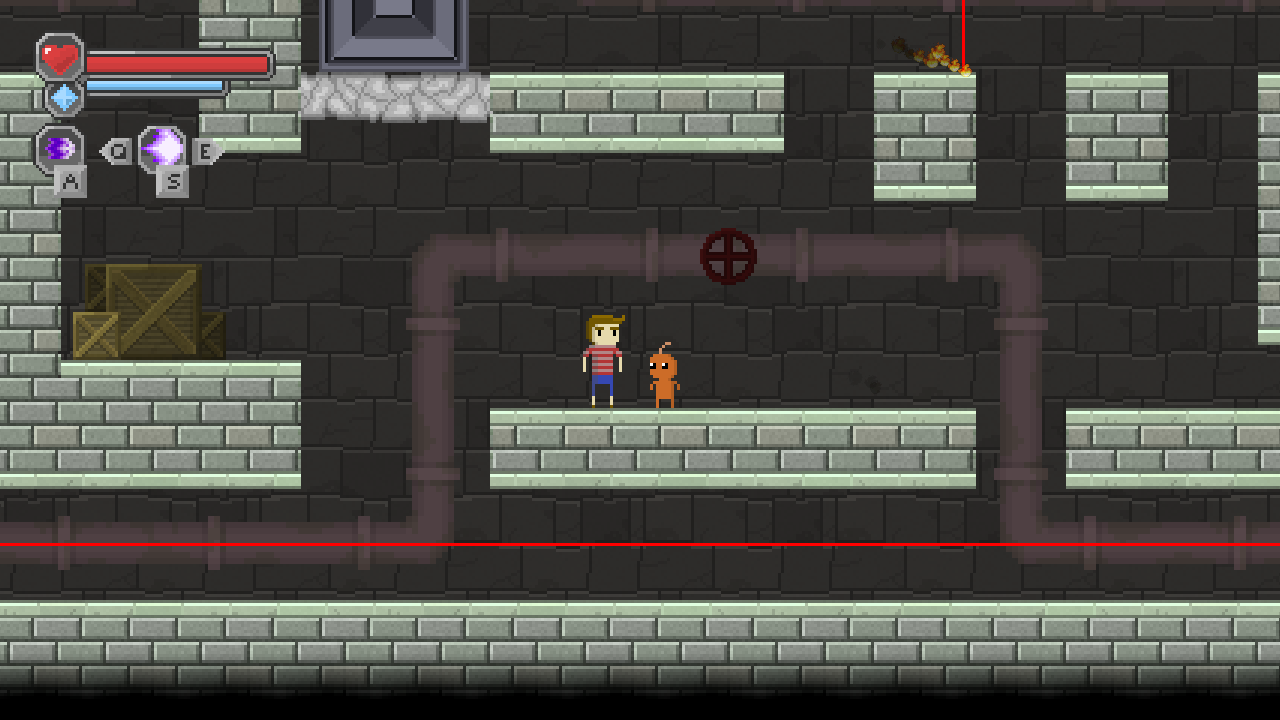 If you think long enough, you can probably figure out this puzzle even withouth playing the game, and that's really the idea (although, there's more to that stage than it shows). The laser at the bottom of the screen is static, and the one at the top moves in a left-right loop. It also kills the player on touch, but does a different thing to the orange fellow there (oooh, what could it be?).

Another variation of the laser hazard is, as shown in the Gif, one that follows Sam. It will only follow Sam, not controlled enemies.

And what about obstacles that don't kill you? We have that kind too!

See the light with the green particles? It will allow Sam to pass, but if you try to go through it wth a controlled enemy, the good-willing light will return its soul right back, reviving the enemy and returning it to the spawn point.

It's really fun to come up with new hazards for Trials of Azra, and the best thing is that each enemy (which of course, you can control) has different features, and that gives us quite a lot of space to create. And by combining the different obstacles, the possibilities are endless!

In other news, we decided on a style for our title screen! 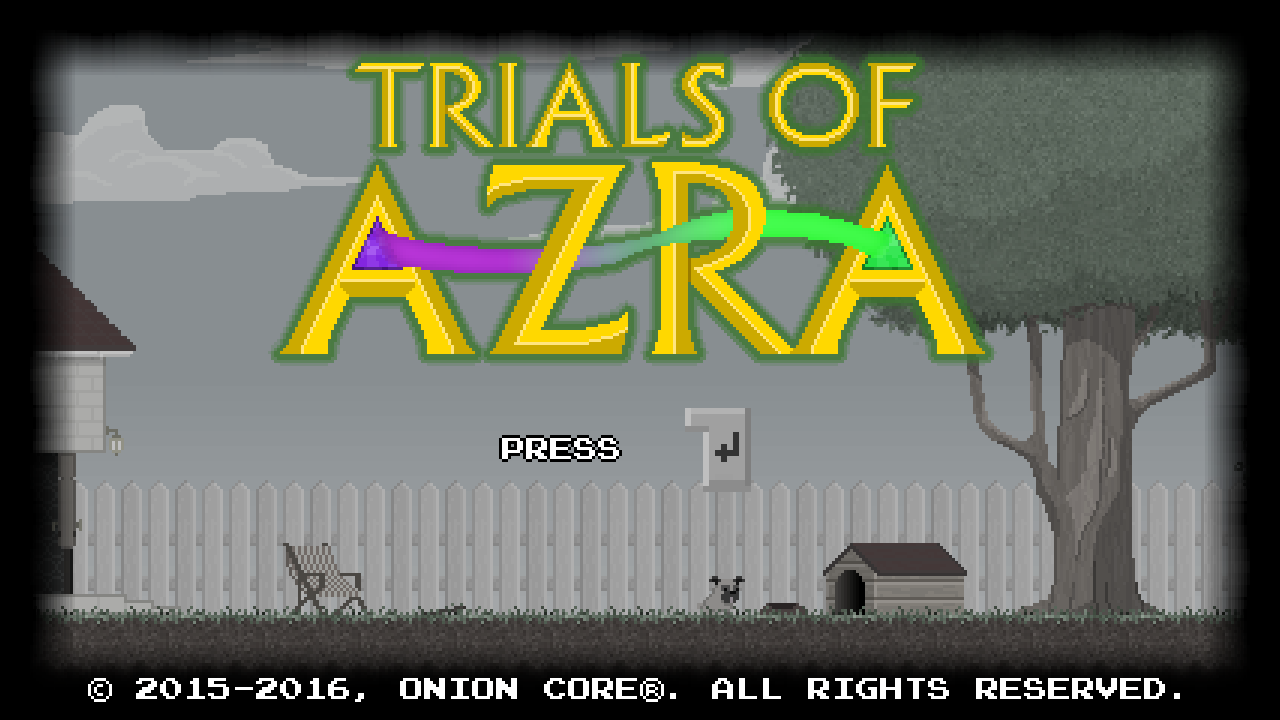 Made the logo pixelated because otherwise it would be out of tune with the rest of the screen. And the background is dynamic, changes every 10 seconds showing different parts of the game, without spoiling any puzzles, of course.