Post news RSS New "Get To The Chopper" Game Mode for Primal Carnage!

Primal Carnage gets a new batch of free DLC that adds a new game mode and additional playable dinosaur class. 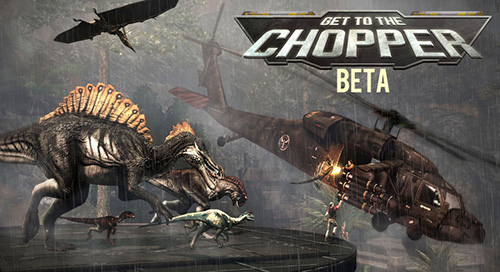 We've been hard at work on a new, free objective based game mode called "Get To The Chopper." The objective is simple, the mercenaries must rush from point to point until they reach the extraction point where they can be rescued via helicopter. The dinosaurs on the other hand, must prevent the mercenaries escape. We have released it for everyone now as a beta, and will continue to update it as time goes on.

Get To The Chopper also features the Spinosaurus as the game mode's new and exclusive dinosaur class.

In the near future, we will also be releasing a new Helicopter Pilot DLC skin for the Commando. More details on that soon, until then check out the skin below. 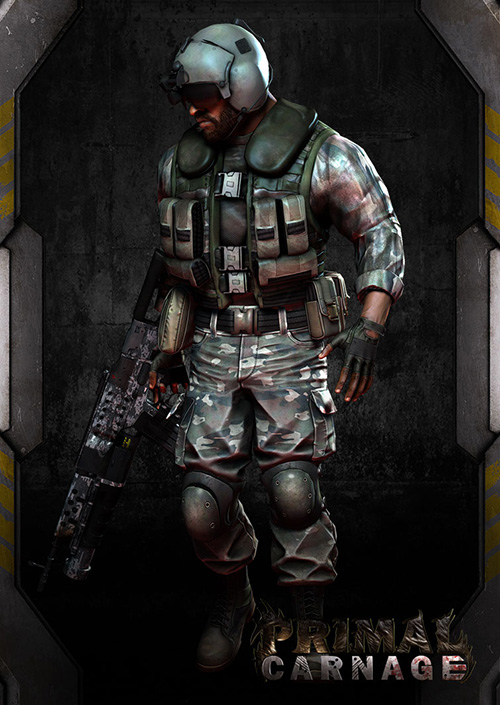 We hope you've enjoyed this update! We've got more news to follow soon.

Click here to check out Primal Carnage on Steam.

Sounds a lot like the Aliens colonial Mariens gamemode but I dont care, primal carnage need more gamemodes. After beta testing was done I didn't really feel the need to buy the game as it had already become repetitive. Might get this if its on sale just to check out this 'Get to the Choppa'

Is the colonial marines mode bad or something?

The game was rushed and as a result there are camera issues while being the alien in multiplayer (Climbing onto walls occasionally spazzes out the camera) and the campaign was repetitive and didn't explain enough. But I don't think it deserved such brutal reviews from so many people

Make a "You blew my cover!!" gamemode now.

Looks awesome! :) I'm hoping this game will become a great dino game in the future. right now however keep up the work!

Things that this needs are larger maps, more dino and human variety

GET TO DAH CHOPPA!

As usual, loving the new skins. That Spinosaurus skin especially; I can't wait to see that animated in game.