Helloooooo we're back ! And this time, we have news abouuut ENVIRONMENTS! Today, we're going to present you two new environments that will conclude the first chapter of Pankapu : The Dreamkeeper.

Deep down inside the fast Lush Forest you can find the Mudjin Pound; Settled in a copse, where the Anima flows wanders through the forest small inhabitants' homes. Formerly peaceful and full of live, a feeling of fear dominates this place of quietness after the nightmares' invasion, forcing the Mudjins to escape their home.

For this area's creation, I'm going to let GG, our art director, present you his committed position. 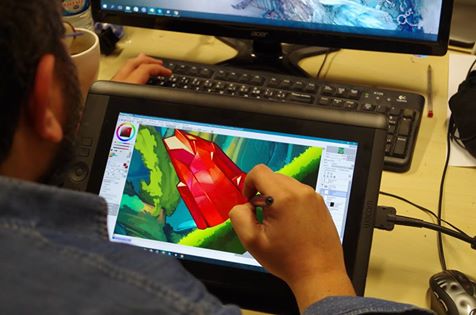 First of all, let's talk about the technical aspects. I essentially work on Saï, a painting software that I've fallen in love with, coupled with my brand new Cintiq 13HD, which has replaced my good old Intuos Wacom (no mercy! Given the time that I save on illustrations).

Once my assets are over, I put the final result on Photoshop, to carry out the last adjustments and boost up the light/contrast if the finish is too dull or too dark.

As for the parallaxes (background's layer in the game that moves in parallel of the scrolling, well seen, huh ?), I use Krita, an open source painting software, so that I can correctly complete my textures via an extremely practical specific tool (W shortcut to your friends).

Here is a small video of one of our previous live arts to show you Saï (without the Krita wrapping up, unfortunately).

Here you can find the first concept that I had realized for the Mudjin Pound: 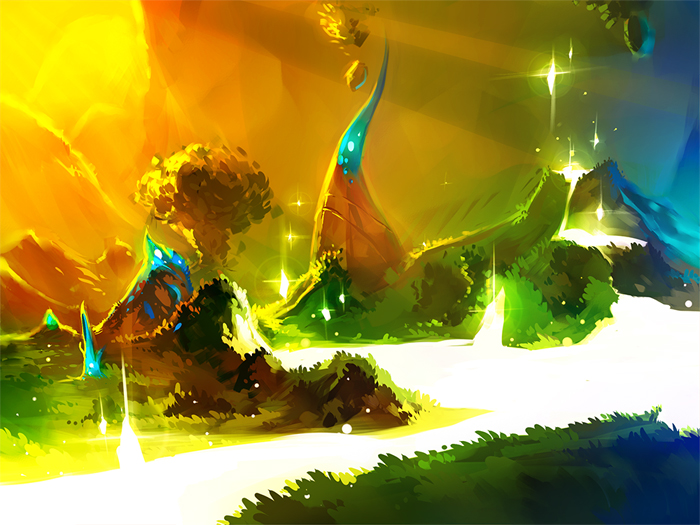 Its name was Lumen's pond at the time when I didn't have the idea of the village yet. I was then more focused on the concept of anima, bright source of life, that I wanted to be omnipresent in the level. By the way, this idea will be kept and very much improved for an ulterior part of the game.

The second concept we had unveiled to you during the Kickstarter was more focused on the atmosphere and the tints. 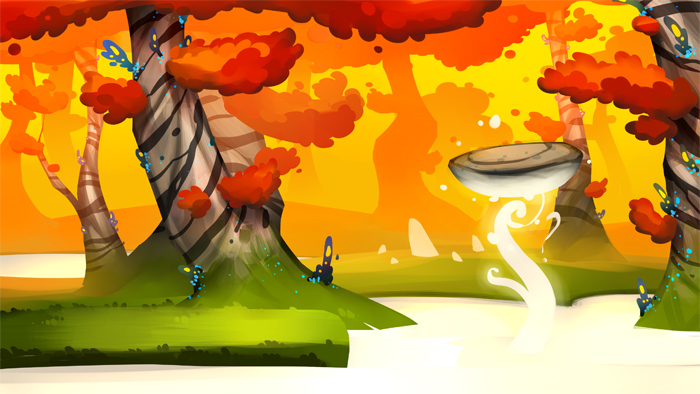 The Anima was still present, but the area was much more dense and in a forest fashion. I wanted to go for concepts about the birch, a tree with a light-dispersing and striped bark, covered with purple and orange foliage that looks great in autumn and that seemed to contrast wonderfully with the previous areas to me.

The idea was clearly to bring some heat, and to differ with the earlier blue/green.

However, I wasn't completely happy with the result. Everything was too identical, poor, due to the overabundance of the trees to this "wood" aspect. I was starting to feel that Peppu would be just a forest with a different tint... I found that "boring", to say the least and I let the dough rest.

Here's the third and last concept. All finalized and integrated in Unity. 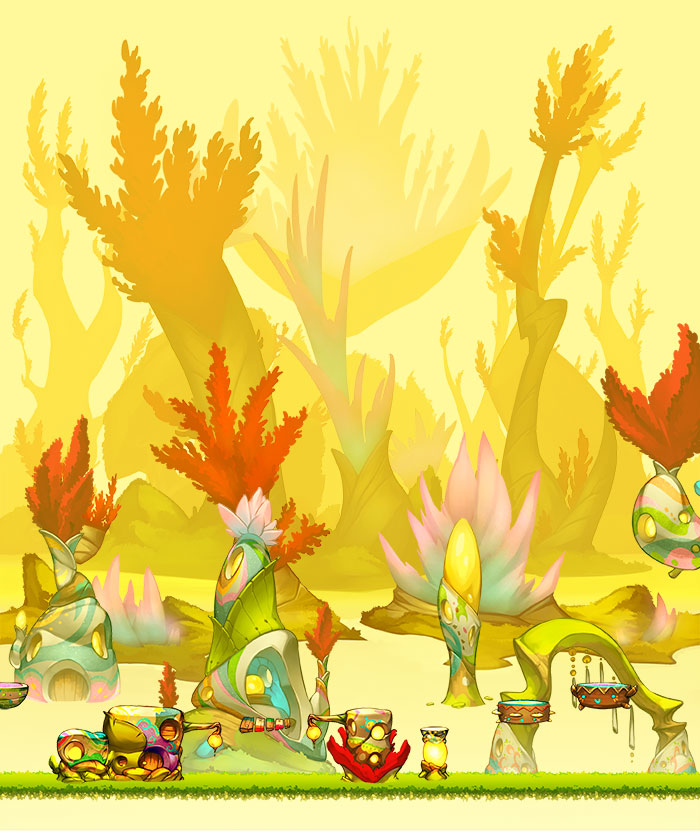 This one is much closer to the notion of life. It's filled with Mudjins and thus must be abounded by houses created by those cute little beings. So I designed a village at the heart of the pond. A peaceful place where those little troublemakers could live in and play by painting symbols on their homes while bathing in the source of everything. The place holds a milkier and sweeter atmosphere, it could even be seen as downy, to remind the joy of innocence. But the village remains desperately empty, striking a certain anxiety against a backdrop of loneliness...

As you can see, the platforms accessible by Pankapu are also houses. I nevertheless embellished them with music instruments to note the musical activities of our dear light bubbles, the Mudjins. Music is an universal notion that wonderfully supports their jovial nature.

To finish, the backgrounds are made of parallaxes, which are parallel layers moving at the same rhythm as the camera's movements and creating the illusion of depth in a 2D game. 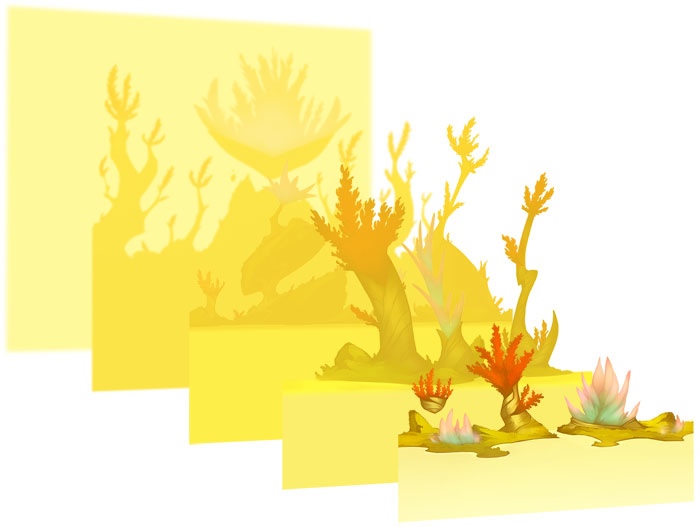 In the Mudjin pound, the environment is similar to a mangrove forest scattered with plantations close to sea anemones. There is a common idea in the whole region of Peppu : trees. And this idea can be found, allowing us to make connections between the levels. Hence, I don't step out of the main idea because of the Mudjin huts and the nature's magic remains omnipresent. ♥ 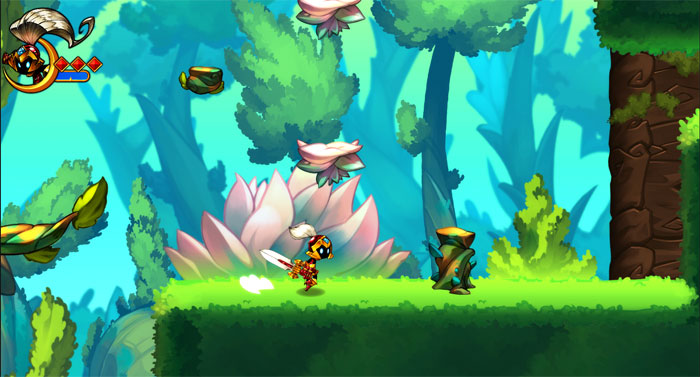 Above, at the edge of the Garden, you will be able to take a glimpse of the Lush forest. Vast Silva, generous and colored, this abundant forest is scattered with vertiginous trees as far as the eyes can see.

That's all for today, we love you all!

Oh goodness, we're in heaven! This is so gorgeous!