Posted by EleonGameStudios on Oct 19th, 2015

Currently, we are working hard on the dedicated server to provide you with an unrestricted multiplayer experience soon: with the release of dedicated servers, you will no longer have to be in the same playfield, which means, for example, you will be able to send out your friend to search for ores while you continue building your base.

To ease the waiting time until dedicated servers, we have released a new version for you. Here are the new features of Pre-Alpha 3.5.0 in a nutshell:
- Added drone bases (if you conquer them, drone attacks on your base will cease)
- Improved drone wave attack
- Added many new models (drone, stairs, thin hull block, walkway blocks etc)
- Added new AI behavior for creatures

Notice: Unfortunately, you will only be able to see the new drone bases if you start a new game in 3.5.0. However, you should be able to continue your old save games without any issues.

This is the new light drone model: 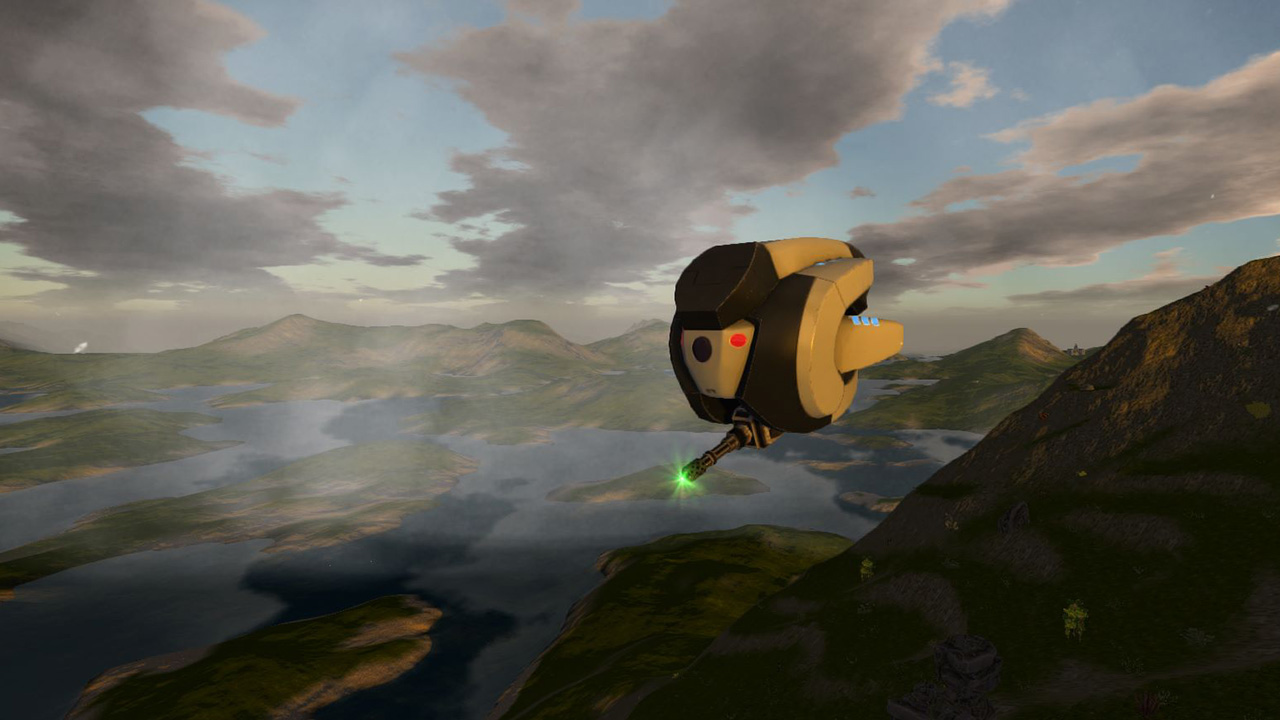 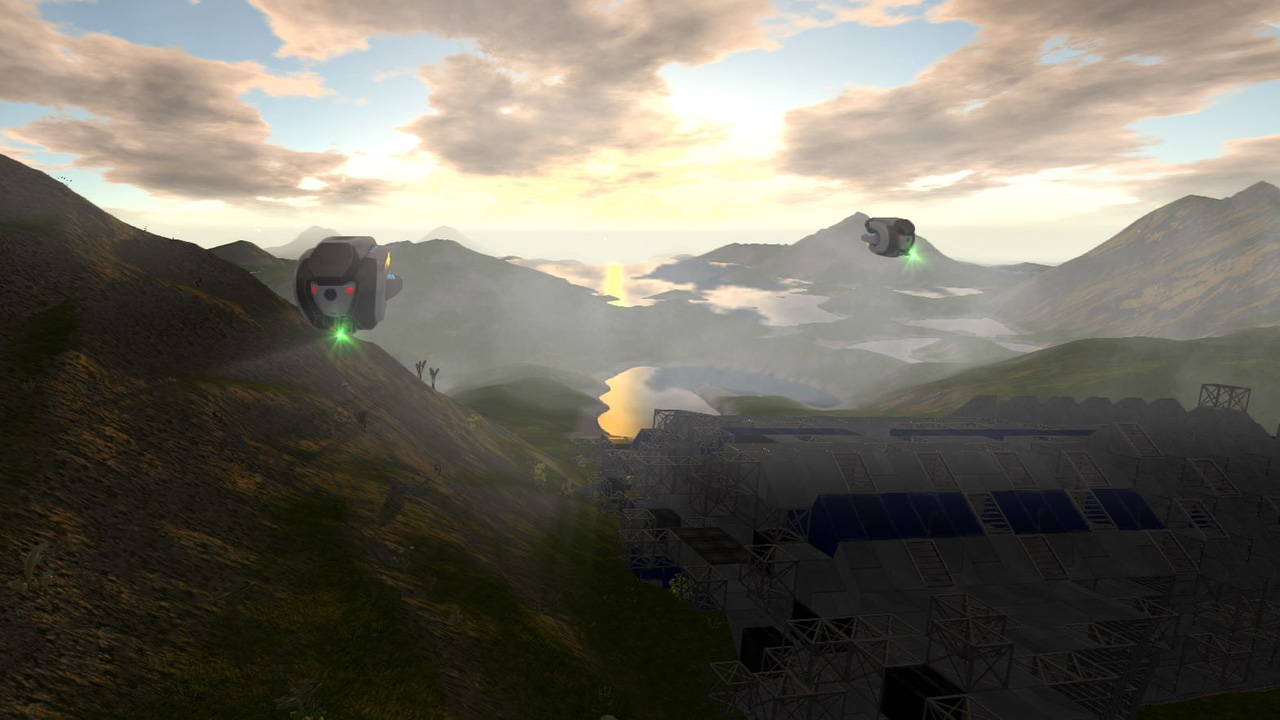 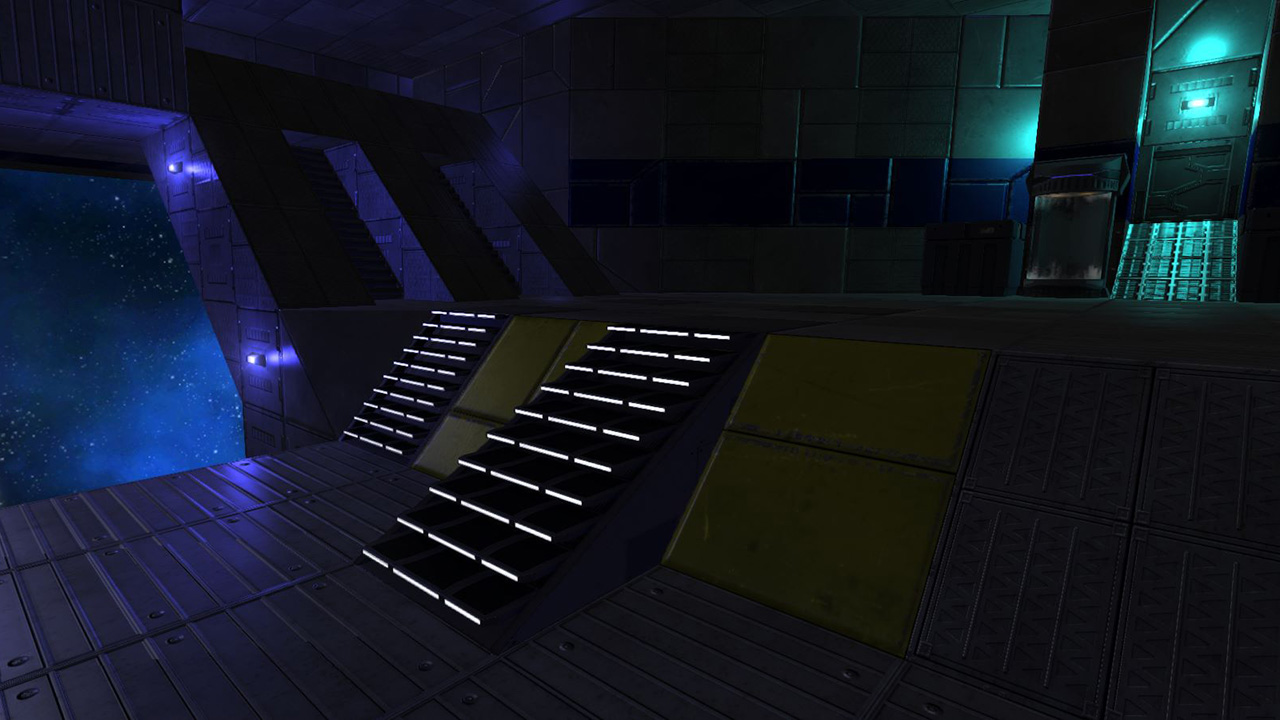 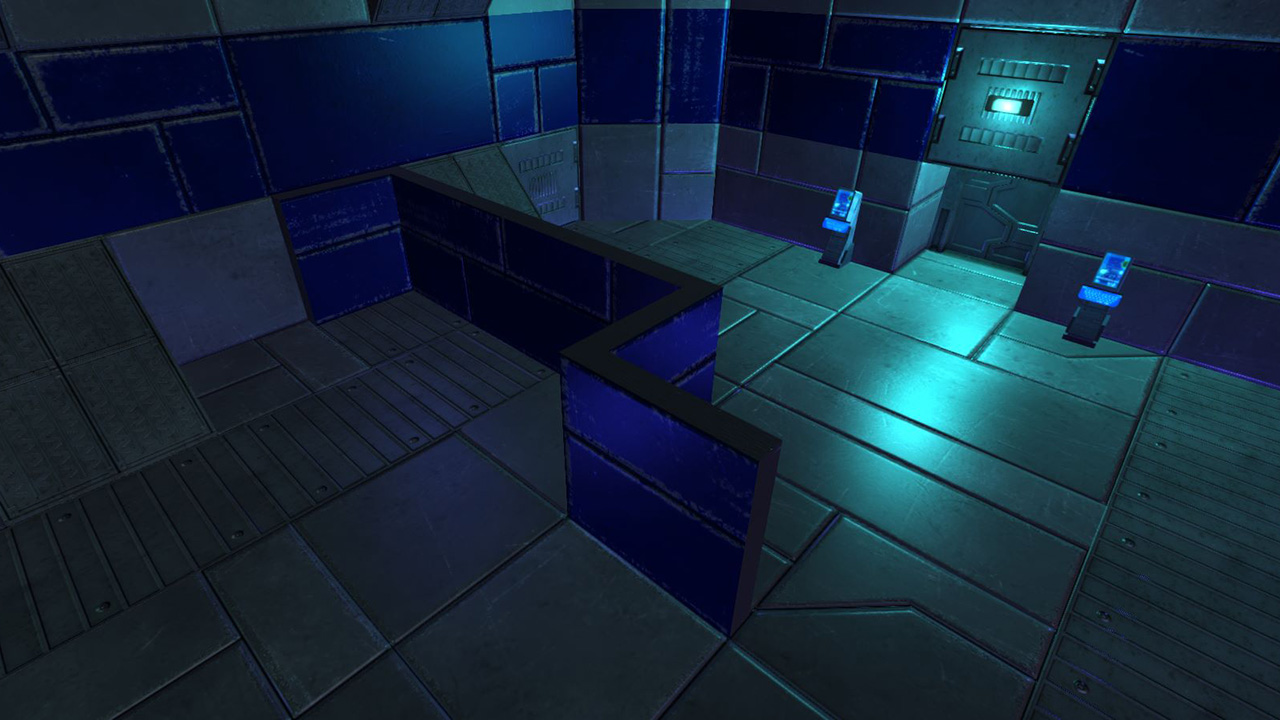 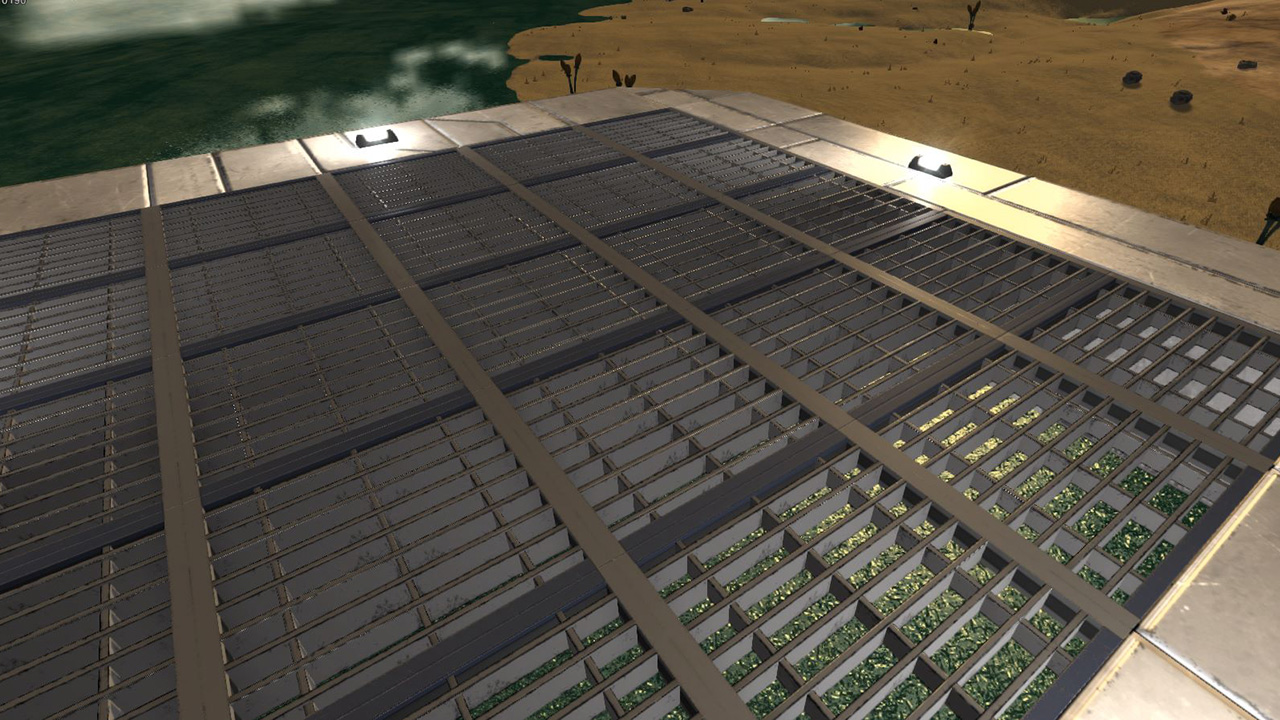 New drone base on Omicron... 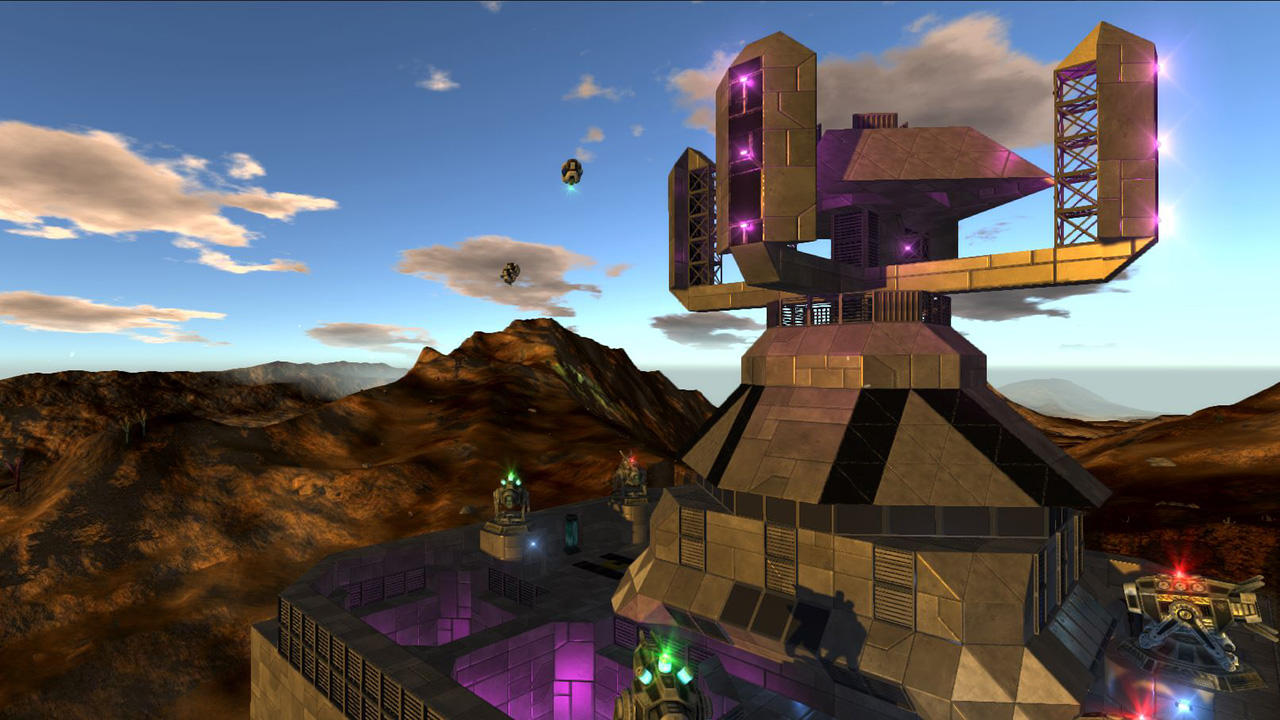 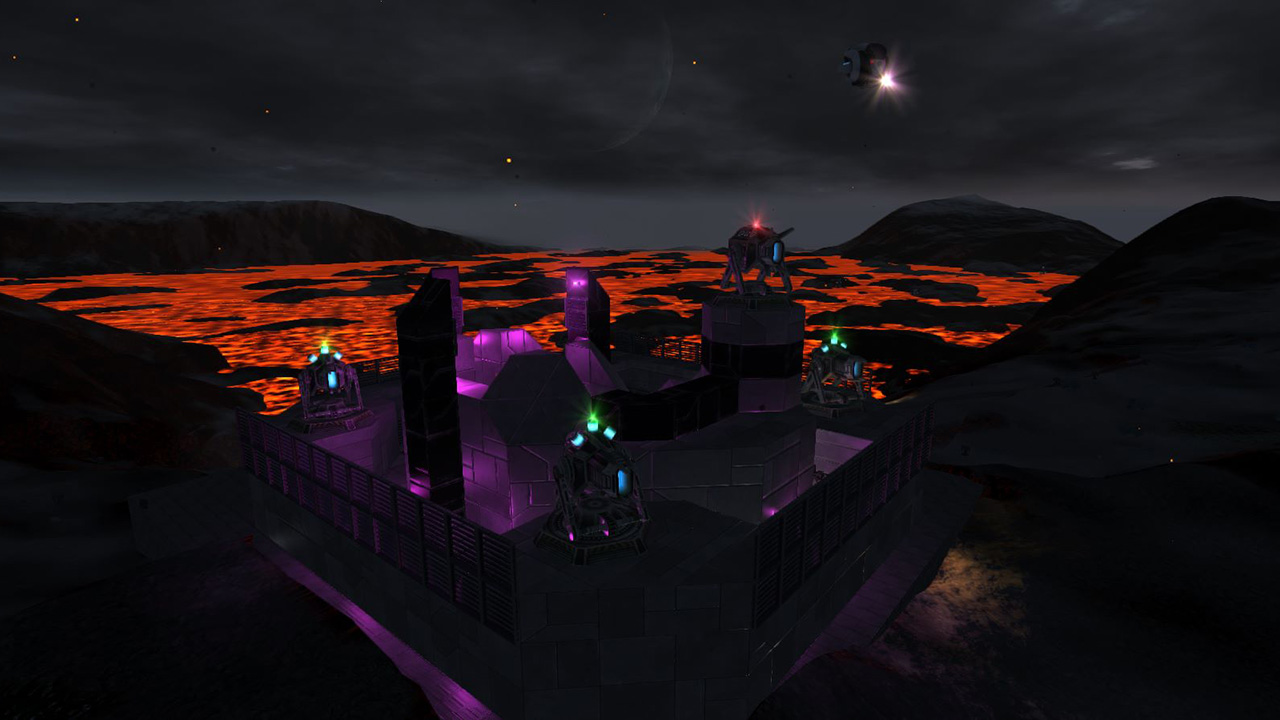 There are 2 more new drone bases to explore. All drone bases are well defended and have a vast subterranean complex.

Features:
- Added drone bases and replacement feature of destroyed drones
- Alien drone base is spawned on different planets
- If alien core of the drone base is destroyed then the wave of attacking drones stops
- When a drone that defends an POI is destroyed it is replaced (depending on type of POI) by a new drone from the drone base
- Drone wave attack behavior changes from planet to planet (from easiest to hardest: Akua, Omicron, Ningues, Aestus)
- Added 4 new community builds (with subterranean complex) - thanks again to Dead8Eye: these buildings will serve as drone bases
- Added new drone model
- Added new AI behavior: if a creature looses view contact with player, it will go to the position where it has last seen the player
- Added 2 new stair models
- Added thin hull blocks: new wall and corner wall blocks
- Added 3 new walkway blocks (2 plates and 1 slope)
- Added new truss block (to replace old truss block)
- Turrets don't attack players any more if the base lost the alien core (before you had to place your own core before enemy turrets ceased fire)

Bug Fixes:
- Fixed bug that prevented some save games from loading (thanks to all that sent in their save games)
- Fixed another problem that caused save games to be corrupted
- Fixed problem that back part of crashed Titan was not correctly displayed
- Fixed bug that Advanced Constructor could not be closed with 'T'
- Fixed problem that when resuming a game with a weapon in the hand, this weapon did not hit anything until slot was changed.
- Fixed atmosphere effects if cockpit orientation is different from North

Known Issues:
- Center of mass problem with Small Vessels (will be fixed in an upcoming patch)