Having started making a game a few months ago, we thought it was about time to introduce ourselves and our game to this community.

We are a small, independent game developer from Germany called Bitbeast Games. At the moment, our team consists of just the two members Moritz and Oliver. We are both computer scientists financing our game making endeavours as programmers. Our future goals include developing innovative games we would like to play ourselves and digging up new concepts of gameplay that will help to define what games are.

In early 2015, we decided to direct our passion for games to the creative side and started developing our first game called The Slurping Dead. Obviously not the most innovative setting, but since our main goal was familiarizing ourselves with the production cycle of game making, we wanted to keep it simple. And save our precious, astounding ideas for later works. ;) 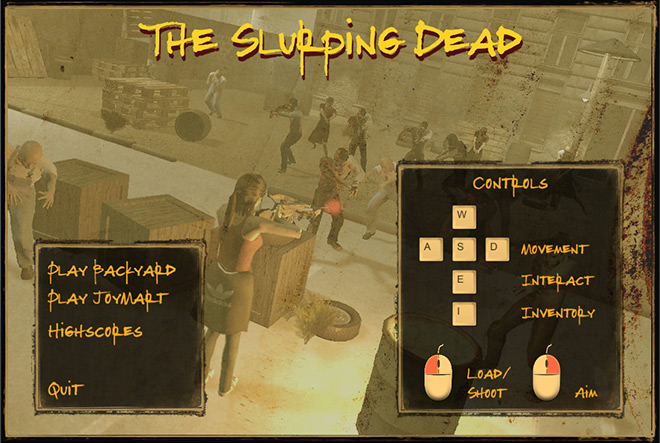 The Slurping Dead is an isometric action game in which the player has to fight against a growing horde of zombies in order to escape or die trying. The player’s only weapon is a laser-pimped crossbow with three types of bolts: 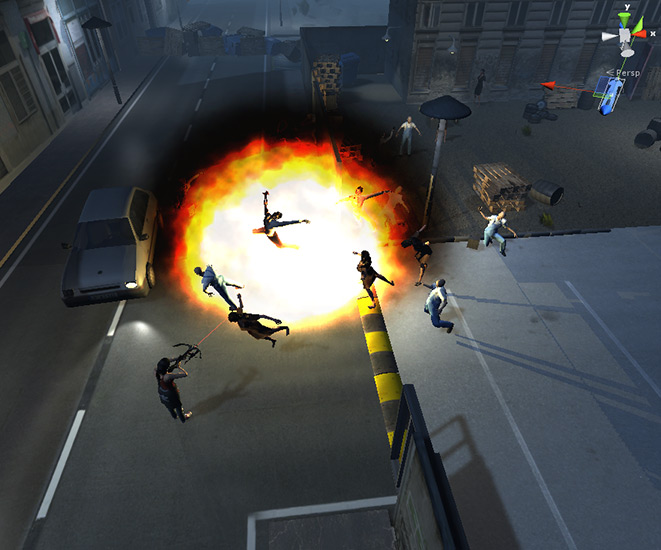 Every normal bolt may be used again, at least if you are brave enough to cross a zombie horde and pick it up… Speaking of which: Sometimes, zombies may carry useful items they will drop, like chemicals, which you can then combine with a normal bolt to craft a new explosive bolt. But beware… once dead (read: really dead) the zombies dissolve by releasing poisonous fumes for a while, so getting the loot might be dangerous. 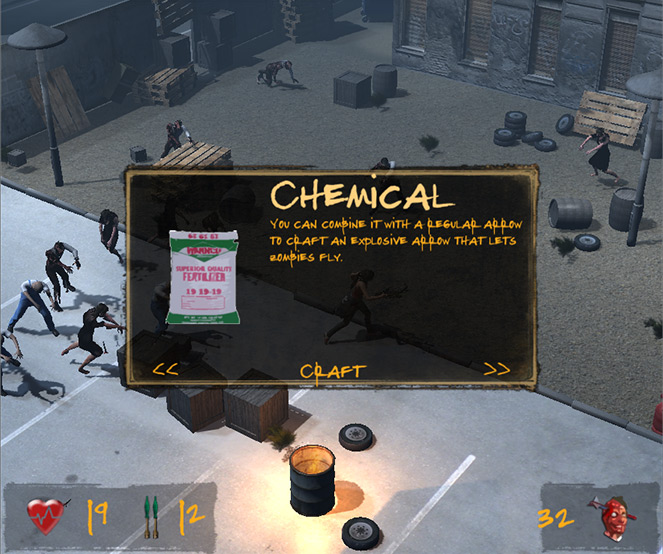 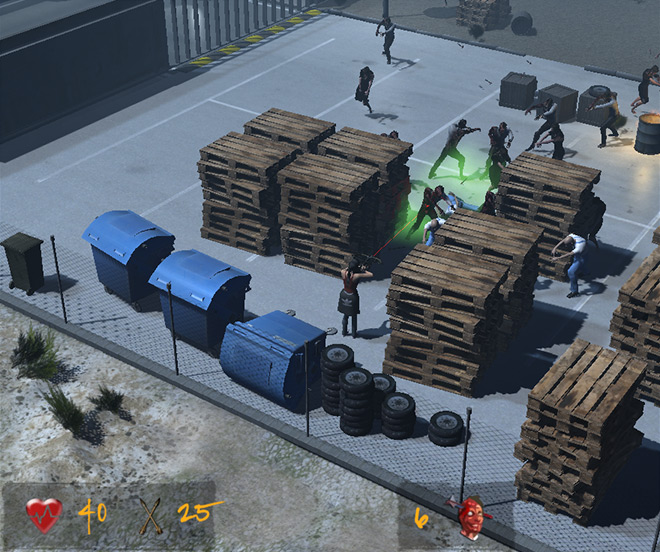 If you’re lucky, you may even find some food to restore part of your health. If not, sooner or later, you will run out of energy and die, meaning it would be wise to escape the horde in time. But in the backyard level, a huge iron gate blocks your way to freedom. And guess who has the keycode in his pocket? That’s right… your lovely next-door zombie. So searching through the loot is important. Once the gate is open, you can escape and “win” the level. Of course you can stay and slay a few more… just for the points in the global highscore list. You can even try to find the keys to the waiting car… (extra points! And also cool! :)) 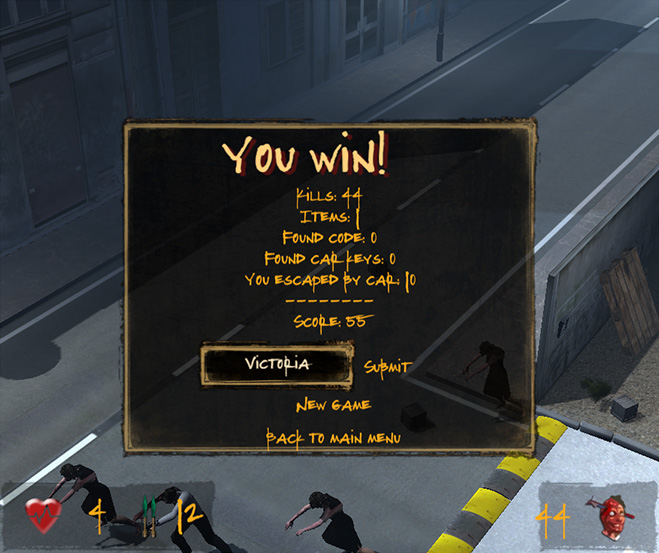 Currently, we are working on a second level where you get to visit a supermarket. As soon as we have new screens to share, we will give an update.

Since we are really new to games development, we may sometimes post stuff about our latest work which will be not regarded as high art by the more experiences guys and girls of you, so PLEASE comment on anything you like or don’t like. We are willing to learn a lot and the best way of doing that is to gain insight into your profound knowledge.