Version 2b of the "Not Your Space" demo has been released, with 9 new options to explore, and a FIX for a previous version.

Version 2 of the Not Your Space demo is now available, adding 9 new options to explore, including some not shown here: 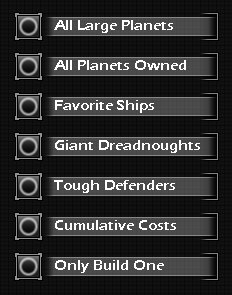 After reading some articles by Wayward Strategist and the senior designer of Grey Goo, I started work on some ways to slow down progression in Not Your Space. None of these changes will be forced upon you (they'll be options!), but they'll be there if you want them.

For one thing, I've implemented an option that makes it so you can only build one ship at each planet an any given time (as seen above). This in itself slows things down, and makes your choices much more significant.

But I intend to take it further: I have conceived of some optional "structures" (like buildings). Each of them has four levels, requiring increasing amounts of wealth to construct.

Shipyards need to be built on a planet before you can build ships. Three new kinds of ship are unlocked at each level, except for level 4, which unlocks dreadnoughts, making those heavy ships even more of an investment.

Building "Planetary Mining" facilities will increase the amount of resources generated by a planet in a resource game. Higher levels yield higher rewards, possibly eventually equaling or surpassing the effectiveness of space-mining efforts.

This will take some development time, and also a new set of graphics, so I have no specific timeline on adding structures to the game.

Something I haven't talked much about is sound for Not Your Space. I have commissioned quality sound effects, and a full orchestral soundtrack. But something you might not know is that there is voice acting!

Now, by "voice acting", I don't mean full narration. It's more akin to situational emotional simlish. Each race has a greeting, and you can hear this when you choose to play as that race. They also have callouts for certain in-game actions, like when you destroy one of their planets (NOOOOO!) , when they destroy your planets (MWAH HA HA), and various other occasions.

Without further typing, here is a video showcasing the aural aspects of Not Your Space:

Finally, I did a 5-part series for #screenshotsaturday , telling a bit of a story with the game:

Fighting two wars at once: 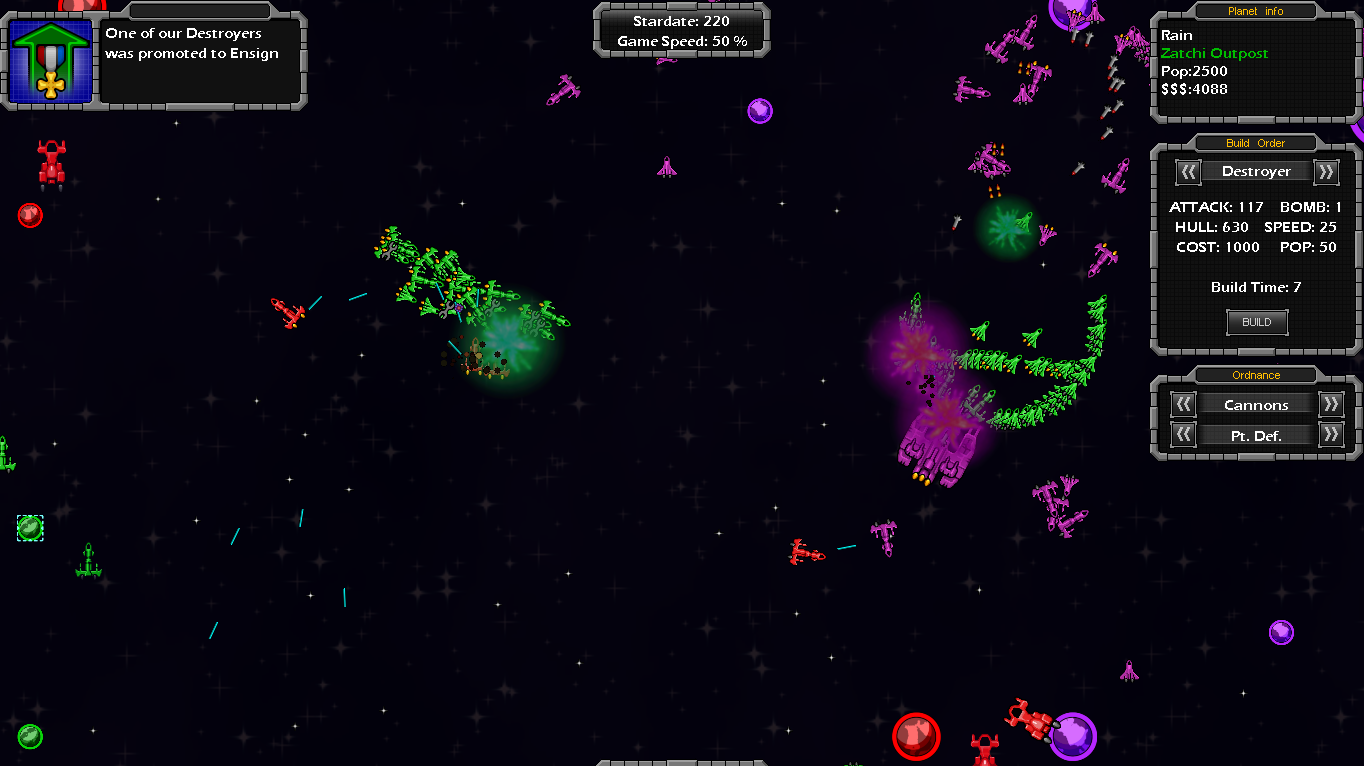 Trying to break through his defenders: 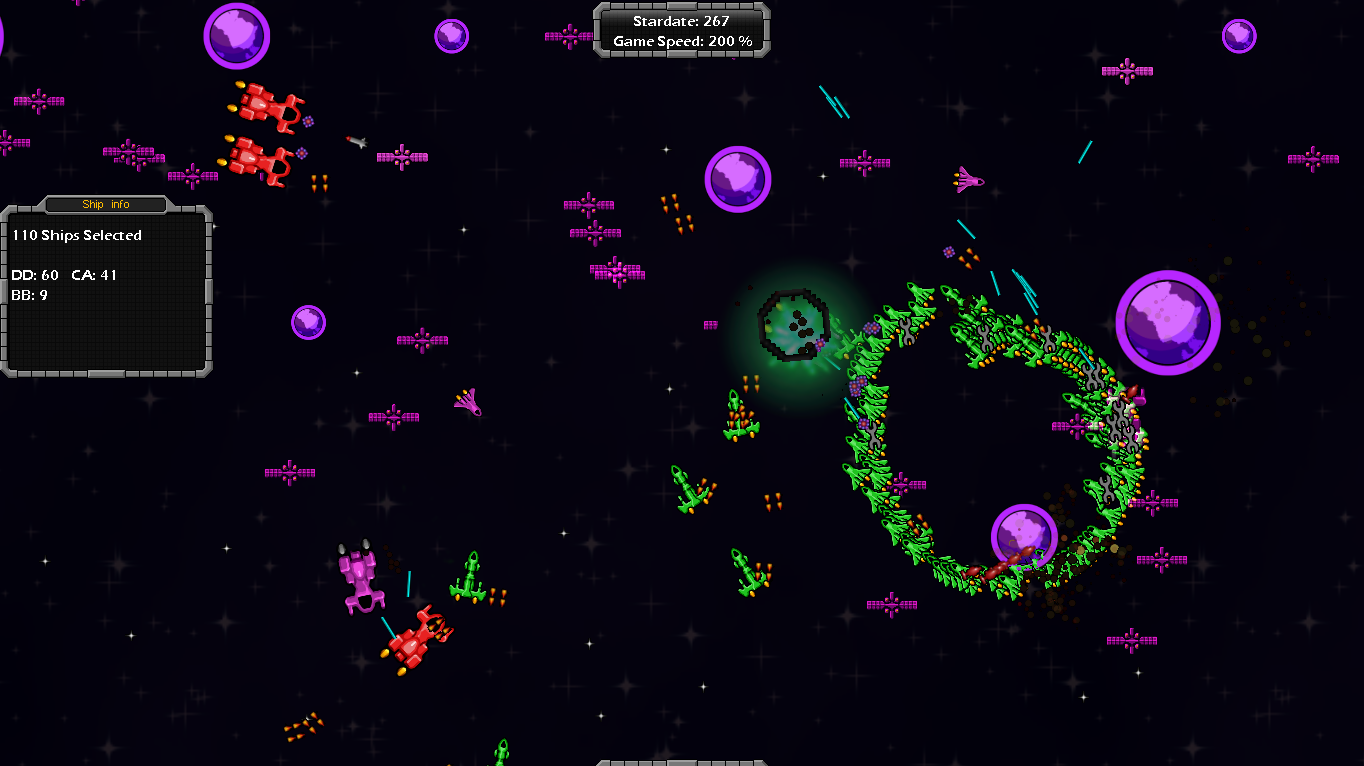 My forces are dwindling: 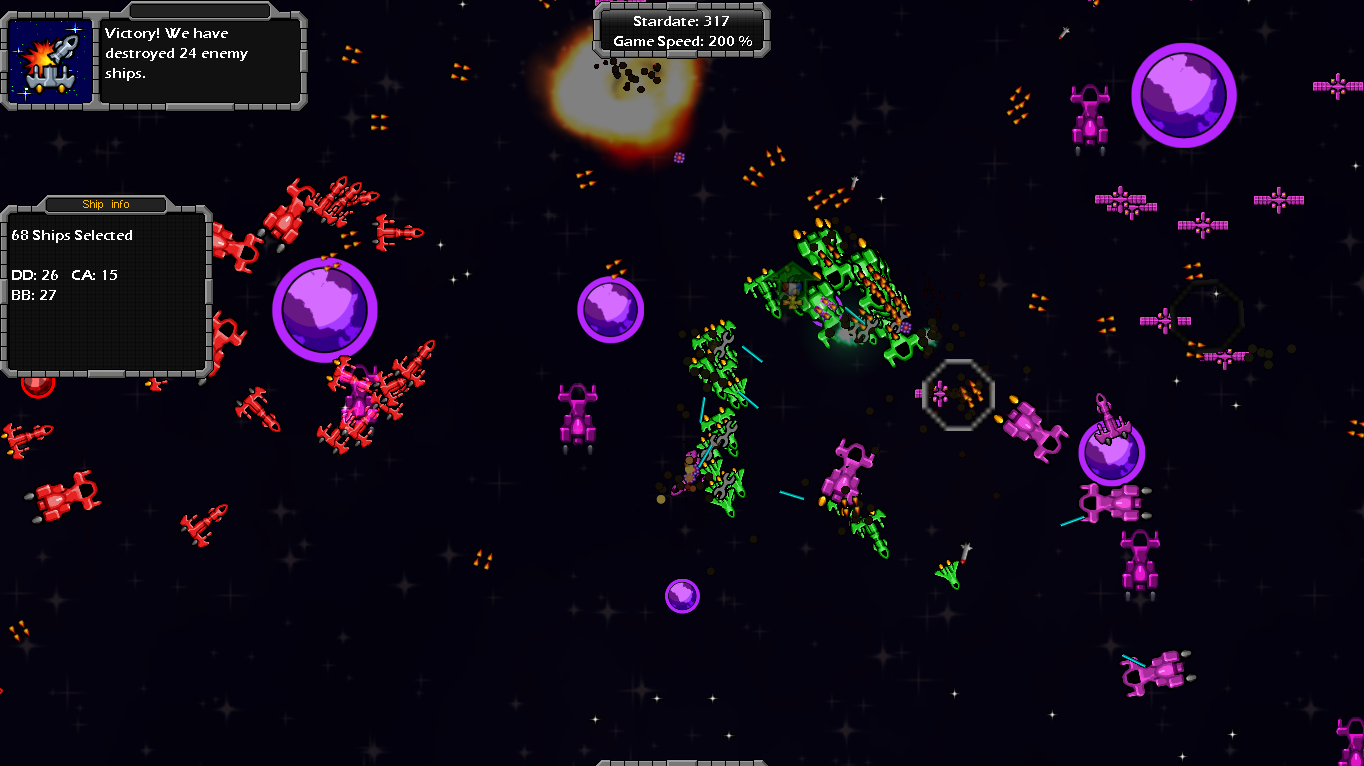 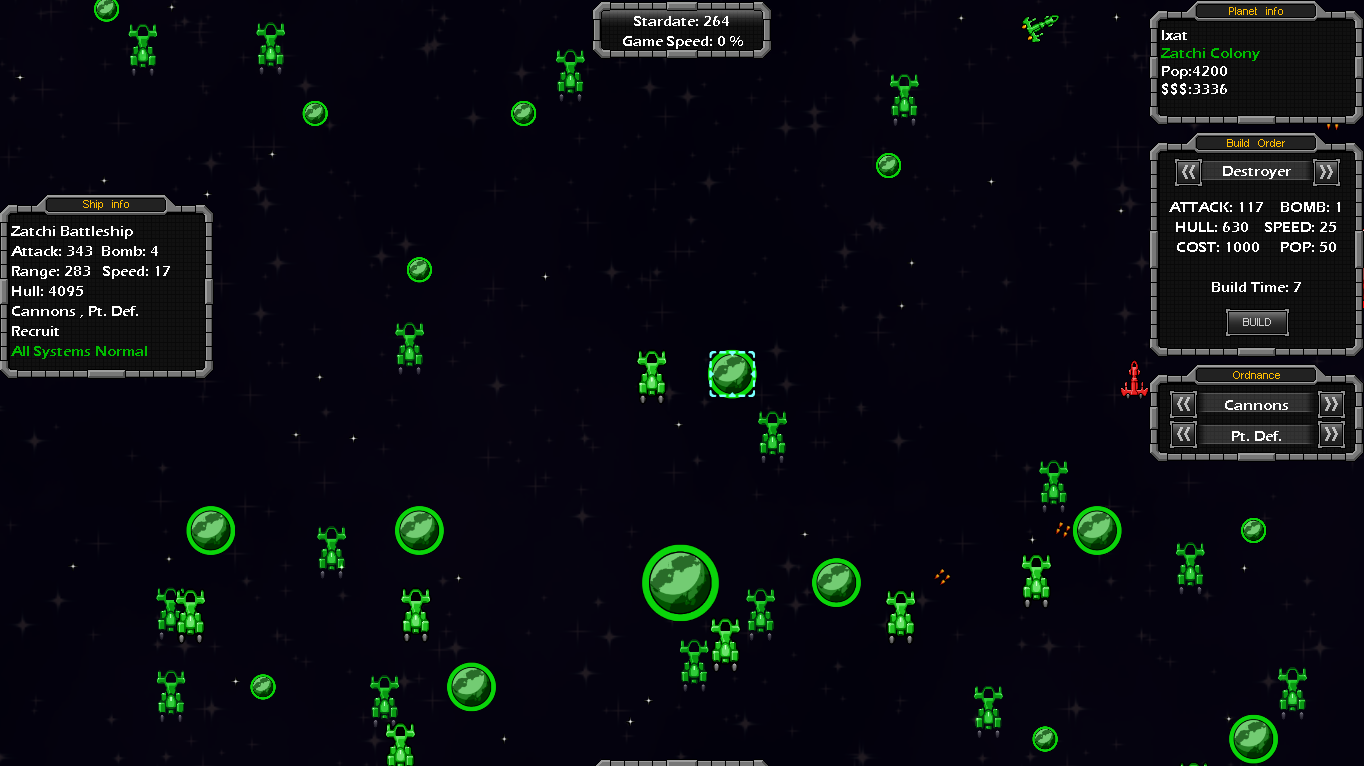 Battleships to the rescue! 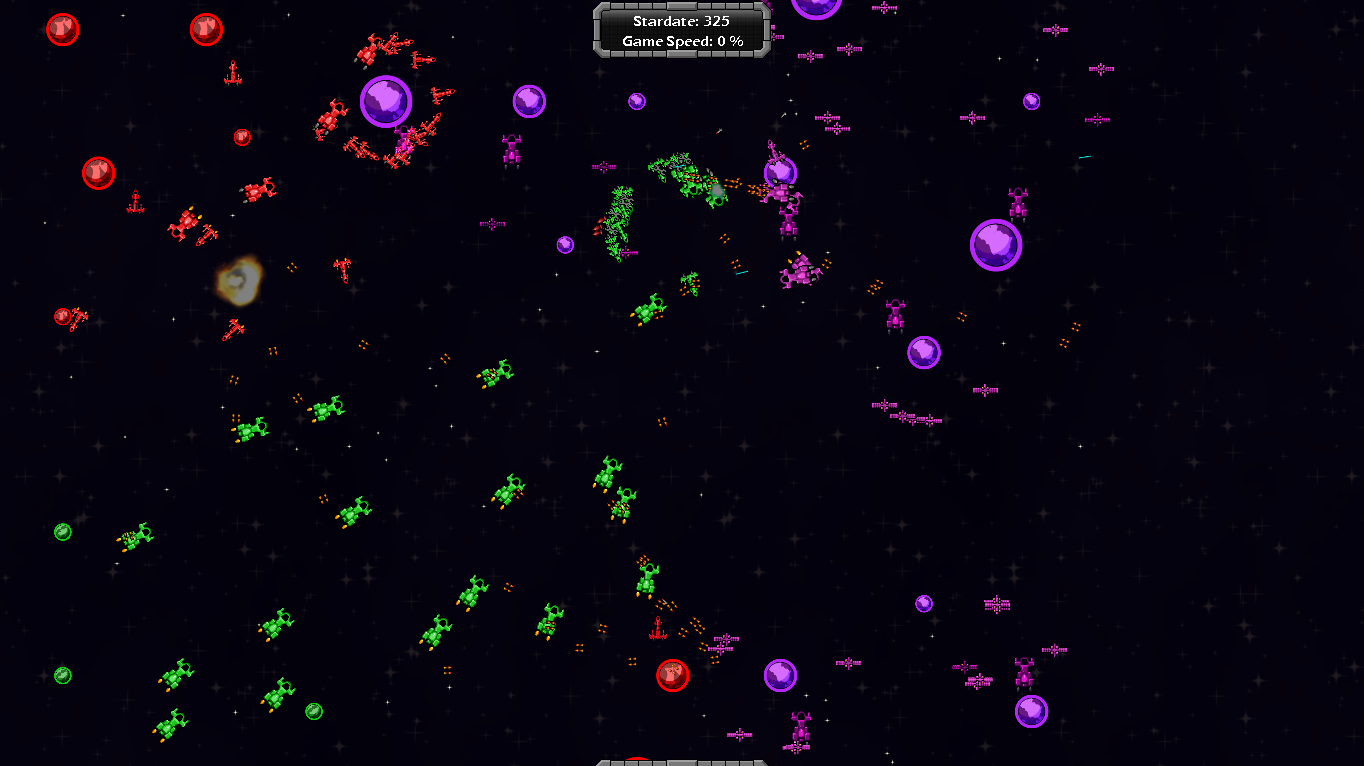 You can see how different elements of the UI are visible or not, depending on what you're doing. I'm trying to make it as clean as possible (there's going to be a graphical re-design of the UI as well, scaling it back some). You can also see an example of the message system: in the top shot, it's reporting that one of our ships leveled up from combat. Awesome!

If you've read this far, you might be interested in helping out. Here are some things you can do:

Re-tweet my pinned tweet (the one at the top)