Our Newly Positioned Community Manager - TMAN has information on this continuing campaign and up coming event: HELLS GATE this Saturday March 30th + More!

Our newly positioned Community Manager - TMAN, has been busy working with both HC teams and coordinating the recent events. As some may remember, our Community Reports were published every Tuesday, separate from the Friday Reports. This week we are returning to that schedule.

That being said, there's a LOT to talk about...

Great battles across the map! The front line has been inching West at a snails pace as Axis own 62%, and the Allies have 38% map ownership. Both sides say this has been the most exciting Campaign in quite some time, and it is FAR from over!

I would hate to run across this personally hehe! 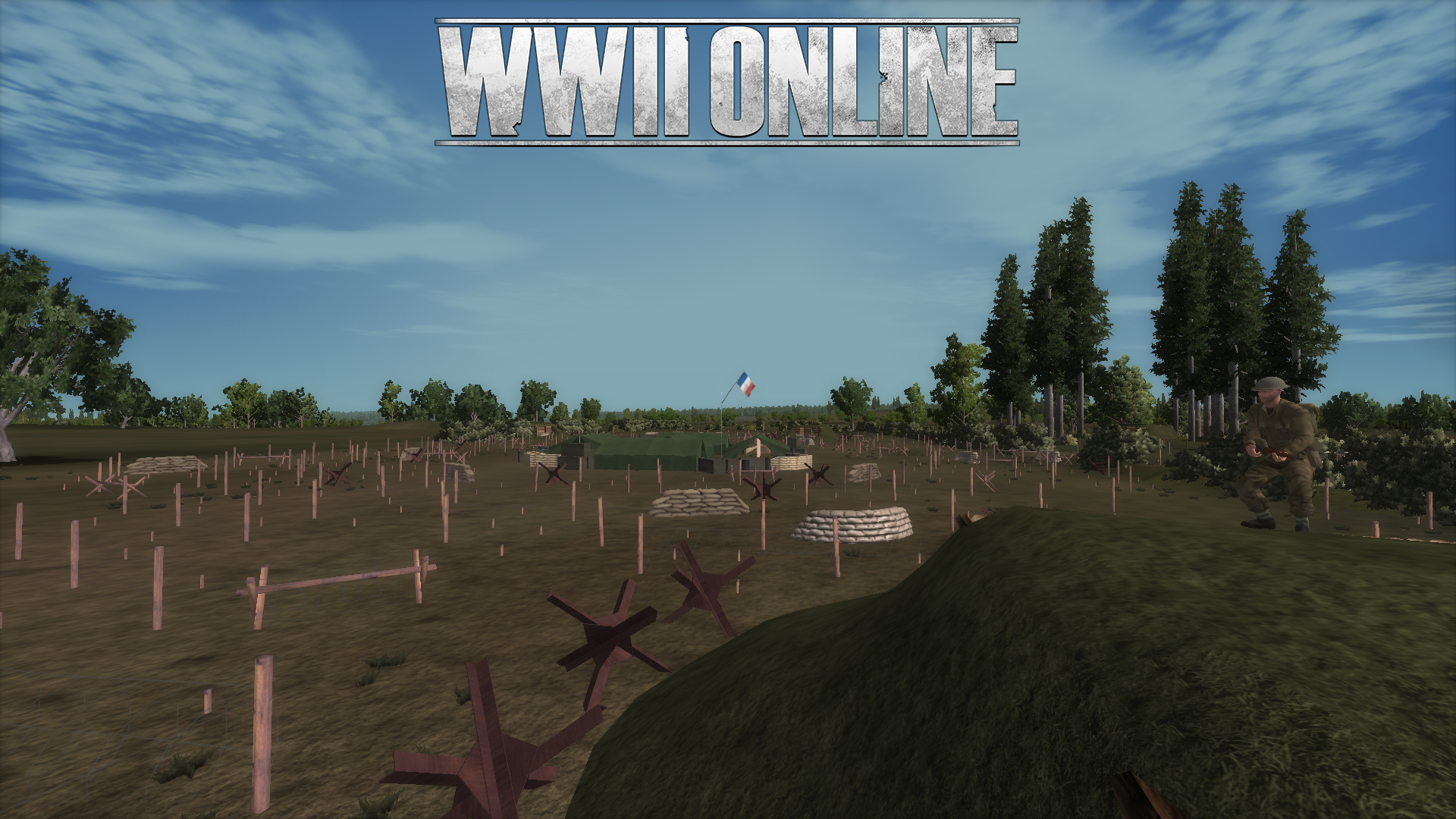 The "Spring Awakening Event" was a huge success and player population was the largest since our release on Steam! Pictured below was one of several battles that occurred across the map. 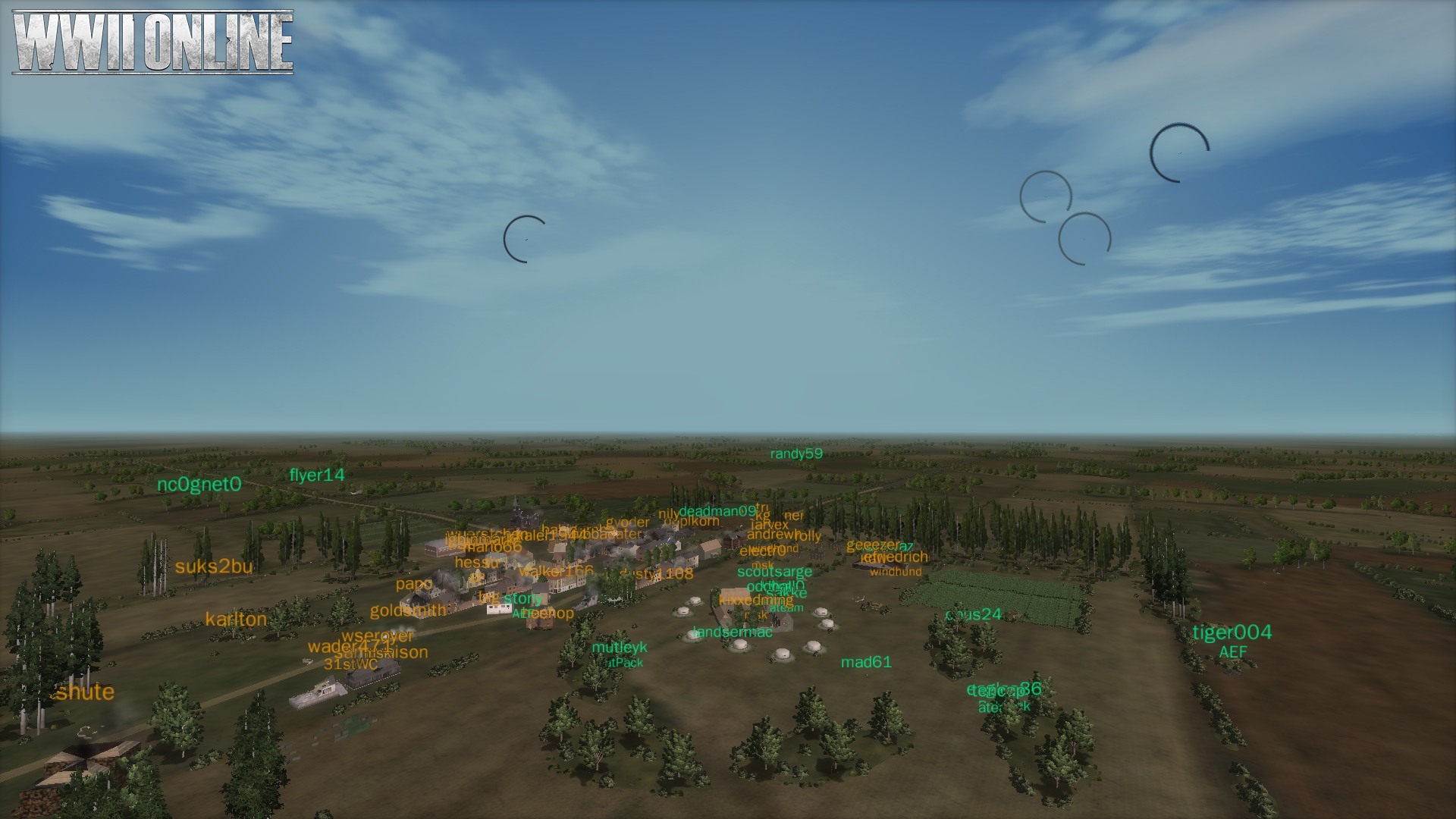 Our next event is this Saturday, March 30th, at 11:00 am CDT (server time). Both sides have been trying to bust through the line, help your side as GHC and AHC plan Operation Hells-Gate to crush each other into the ground. Lord have mercy if it's anything like the last event!

Huge thanks to PROPA for the artwork! 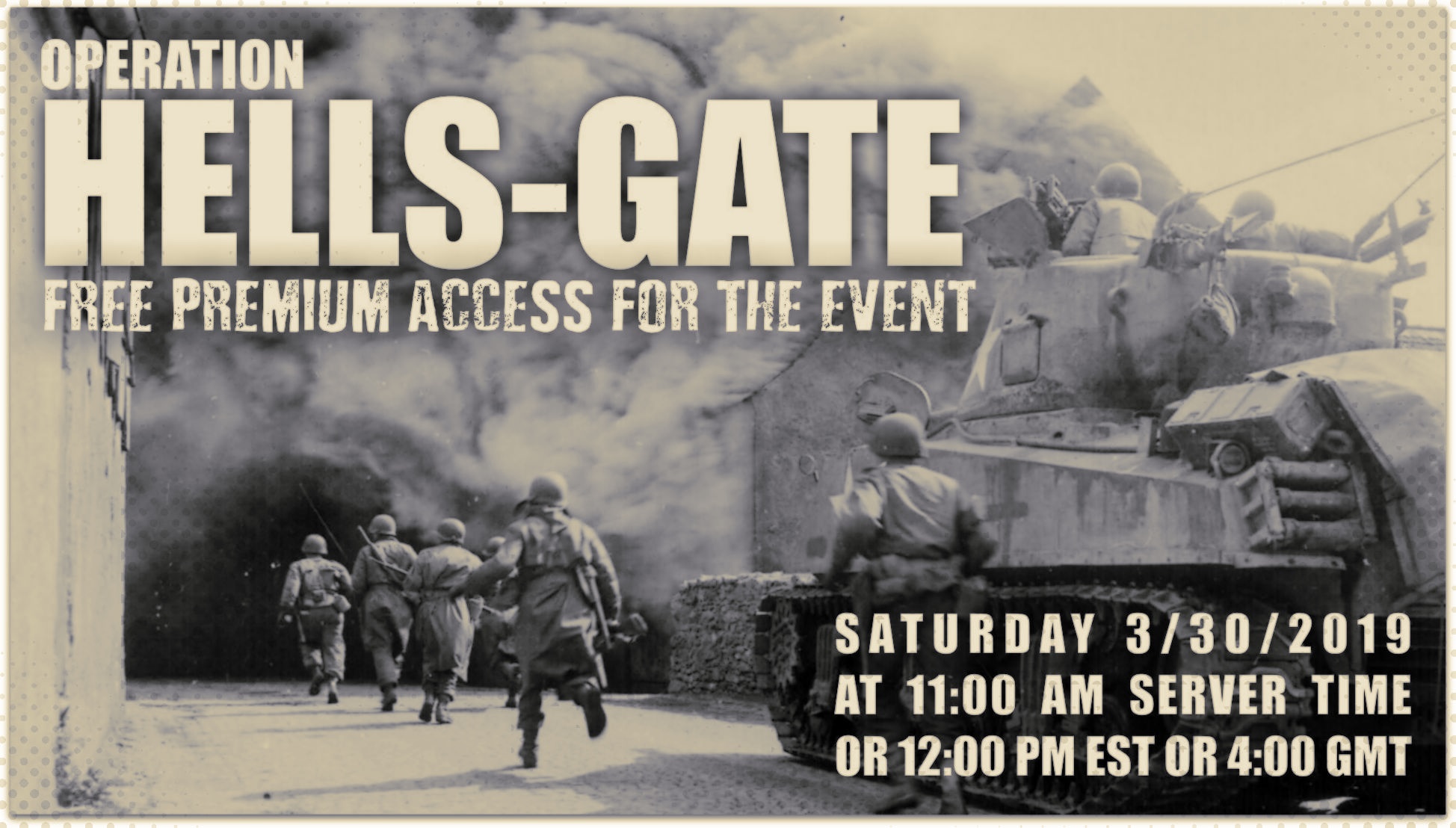 The General was waiting by his telephone, willingly it to ring, but hoping that it wouldn't, for that would mean sending his Para-troopers in harms way. The orders for the Operation were distributed only the night before. For his part in the Operation, he would have to command his Para-Brigade on several missions, striking at least four Towns located in the Zeelands.

The British 1st Guards Brigade as well as its' Divisional HQ Brigade had already been detached from the rest of its' Division on the Front lines to move to Vlissingen, they were to supply the Army support for this Operation Market Garden. The Navy and the Air forces were also put on notice for their part to play in this operation. Dozens of Transport Planes, with their cargo of soldiers and equipment, we lined up on the airfield in Vlissingen, just waiting for the final word to go. The Spearhead of this Operation was placed in the hands of the Soldiers of the "12th Royal Lancers Squad", with the first target being the Seaport Town of Kamperland. They all knew that secrecy and timing was critical for this operation to be any kind of successful.

The General jumped when the phone did ring. His Orderly answered it on the second ring, and passed the one word message to the General. GO! With the being over, the General signaled to his soldiers to start the Attack. Soldiers got in the waiting planes, and the planes were in the air in what seemed like minutes. They were on their way to take Kamperland. At the same time the Army Units waiting in Vlissingen were ordered to head to Veer and once there to start loading up in naval craft for word that Kamperland was taken.

It all went well, the paratroopers would take Kamperland without a shot being fired as the Axis had not garrisoned that Critical Town with not even one Navy Unit. Taking kamperland by surprise was key to the operation. The minutes went by slowly, ever too slowly, before word from the "12th Royal Lancers Squad" reported that the Town was now liberated and in Allies Hands.

Immediately after seizing the Town, the British Royal Navies 37th Destroyer Squadron, secured it and made all preparations for the arrival of the Army Brigades. In the meantime, the "12th Royal Lancers Squad", now assisted by All Allied Combined Forces, began their attack on the next target, Kats, but by the time they could get organized by setting up Offensive FRU's, the Axis responded by placing a Naval Unit in the Town. But it was too little, too late, an unidentified Naval Commander said as he was unloading his truck.

The Allied Forces attacked ferociously, taking casualties, to be sure, but striking blows from multiple locations, While paratroopers were falling from the sky, the Air Force was bombing buildings, and the Navy Destroyers were pounding the enemies Destroyers and Fams, as fast as they could supply. By this time the Army Units had just disembarked from their short trip from Veer to Kamperland. They were ready to role to Kats, when word from the front was sounded that Kats was liberated and in Allied Hands. The French Navies Flotille du Pas Calais Brigade secured the Town of Kats by moving their Brigade in.

The third Target of this operation was to be the tiny village Haamstede. Axis could only defend this village by using their own paratroopers, but Allied Air Force Controlled the skies and none even dared show their faces. Allied's own Paratroopers flew and dropped on this Village where local residents welcomed them by shouts and song. Again word came back that a Town was liberated Allied. As there were no docks in this village, the navy could not secure it so it came to the duty of the Army Units from the 1st Division in Kamperlad to move in, which they did as soon as it was possible. By this time the Axis Forces responded to this Allied Operation by placing not one but two naval units in the Coastal Town of Brouwershaven. They immediately began setting up defensive FMS and ambushes for the expected Army Units coming from Haamstede. Their tactics proved the undoing of the operation. Heavy fighting was reported in the sky, on the sea, and on the land, preventing the Army Units to take hold of that Town.

Major casualties were reported on both sides, but the Army's supplies began to become critical, and with no other assistance to offer by way of Reserves, it was decided by the Allied Commander in Chief to end the operation Market Garden and return to Kamperland. It was indeed a Town to far!

Campaign 161 is still going strong , Axis players are fighting hard and the hard work is paying off as we take Towns all over the map , the center and south towns are falling to Axis as we push the Allied forces west .

The big event SPRING AWAKENING was a huge success with a large turnout, numbers were so good it tripped a 3rd AO that axis forces put to quick use , Axis had great battles , Huge tank columns formed and rolled to towns as Paras dropped from the sky's ,Discord had more players then I have ever seen making communication a huge success. Many new and old Axis players joined in on the fighting making this the success that it was

With another big update just out it there are a few more changes worth noting, mobile spawn can be built closer to towns, and the timer for mobile spawns have beed cut to 30 seconds , faster cool down timers so we can fortify our mobile spawns and of course the LMG change has been put in place so remember to that lmg can no longer be hip fired but also the allied side has the same making all lmgs style be deployed to fire , Lots more on the update so make sure to read up on changes

So with another week behind us we are steadily moving west , keep up the great battles on the ground sea and Air and we will see the Coast in no time