It is time to continue showcasing Slaughter Maze. For starters, we bring you our new character design.

So where do we start ? I would say that the most important change that lagged the development of the game, was the whole line of work that revolves around the model. 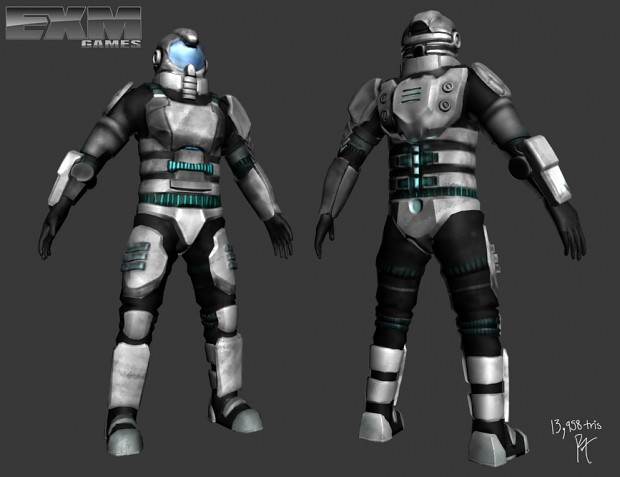 As everyone can see the design is a bit dated, specially when the new console wars is around the corner.
I am sure that many devs here are worried that the graphics of their games won't live to the market expectations. Afraid that the next Wii U games and the new consoles squashes their work and then the game is destined to live in the shadows. Well that's a bit of an exaggeration, however I'm sure that any graphic designer working on a game is at least a bit worried about that. So did ours.

So we went ahead and scrapped the rigged model and animations, going back to Zero. The new model is currently in the 3D works and is almost finished. However here is an illustration on which we just didn't hope to portrait a more appealing character, but rather badass too. 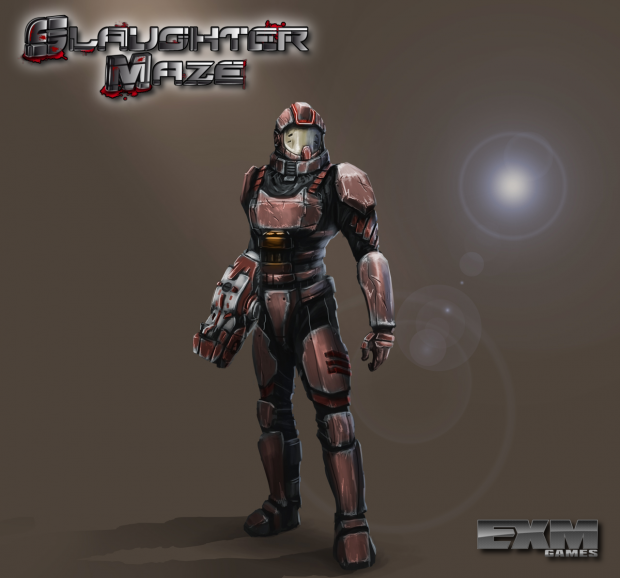 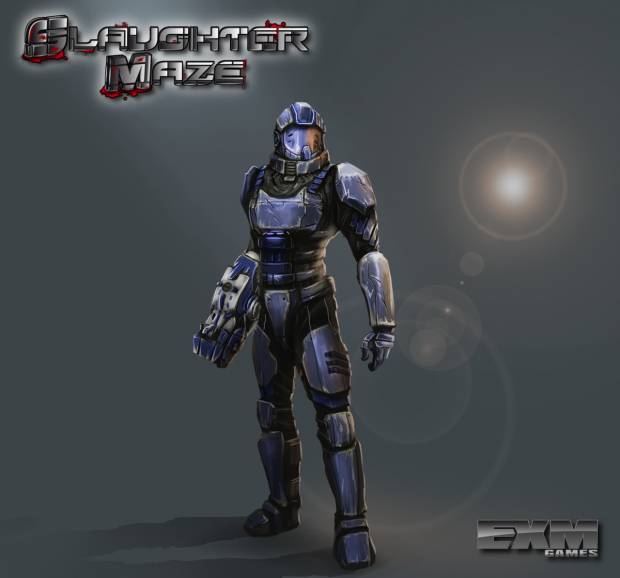 So how is it ? Better than the old version right ? 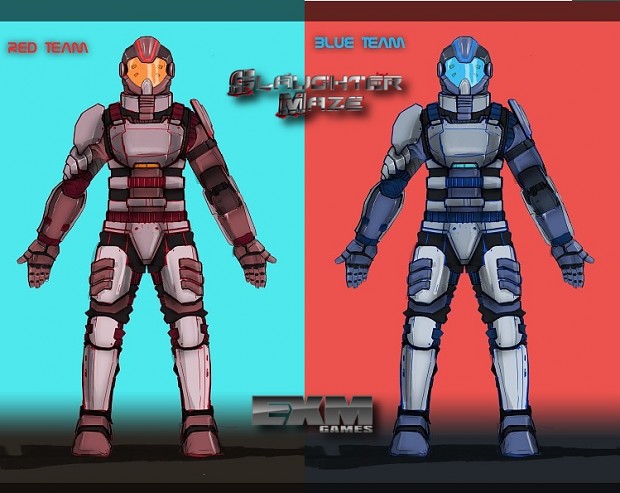 On the next update, we'll show you new pictures of the sci fi maze.

Also, we are looking for concept artists that would like to participate on a new project of ours. 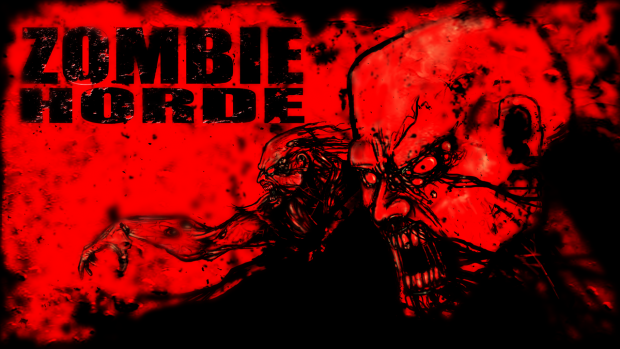 Here is the job post for if anyone is interested in joining our ranks.
Moddb.com
We aren't the most social devs, but we love to build bloody games :) and we guarantee you that you'll feel really proud when you see your creations being dismembered by the players.

Yeah Oculus Rift would work well with a game like this :D