We've introduced another way to customize your characters in game!

We have decided to add an additional way to customize your characters within the game to provide additional replay options. Previously we introduced Orb crafting to allow you to create specialized orbs with various beneficial effects (or just simply cosmetic).

This time we've decided to expand a bit more on that crafting system to allow you to craft scrolls of existing character spells and allow you to slot those scrolls onto other characters letting them also learn the same spells!

This opens up a whole world of options for players between both the orbs and scrolls as to how they wish to have each character play out within their adventures.

In addition to crafting scrolls, during your adventuring there will be many times you will receive randomly generated loot which can contain any of these scrolls! Keep a look out for them!

Every time you kill a monster you are given an amount of Residuum based upon how challenging that battle was. When crafting, you use this Residuum as a chemical reactive in your alchemy to produce the desired orbs/scrolls.

We decided to remove all "risk" from trying out scrolls (and orbs); thus there is no "loss" when you decide you don't want, or no longer need a scroll/orb. When you "dismantle" a scroll/orb, the entire Residuum value of that scroll/orb will be returned to you for future crafting!

Using Alchemy to craft scrolls uses a similar crafting system to that of orbs, but is slightly altered:

Once a scroll is created, you can slot it to other characters using the same slot system used by orbs. You also get an entirely separate set of slots just for the scrolls! As with Orbs, each character will have a different amount of available slots and will typically increase as they level up.

Once slotted, the spell the scroll represents is then made available to that character's spell list and they can use it any time they want (well, at least until they run out of MP !) 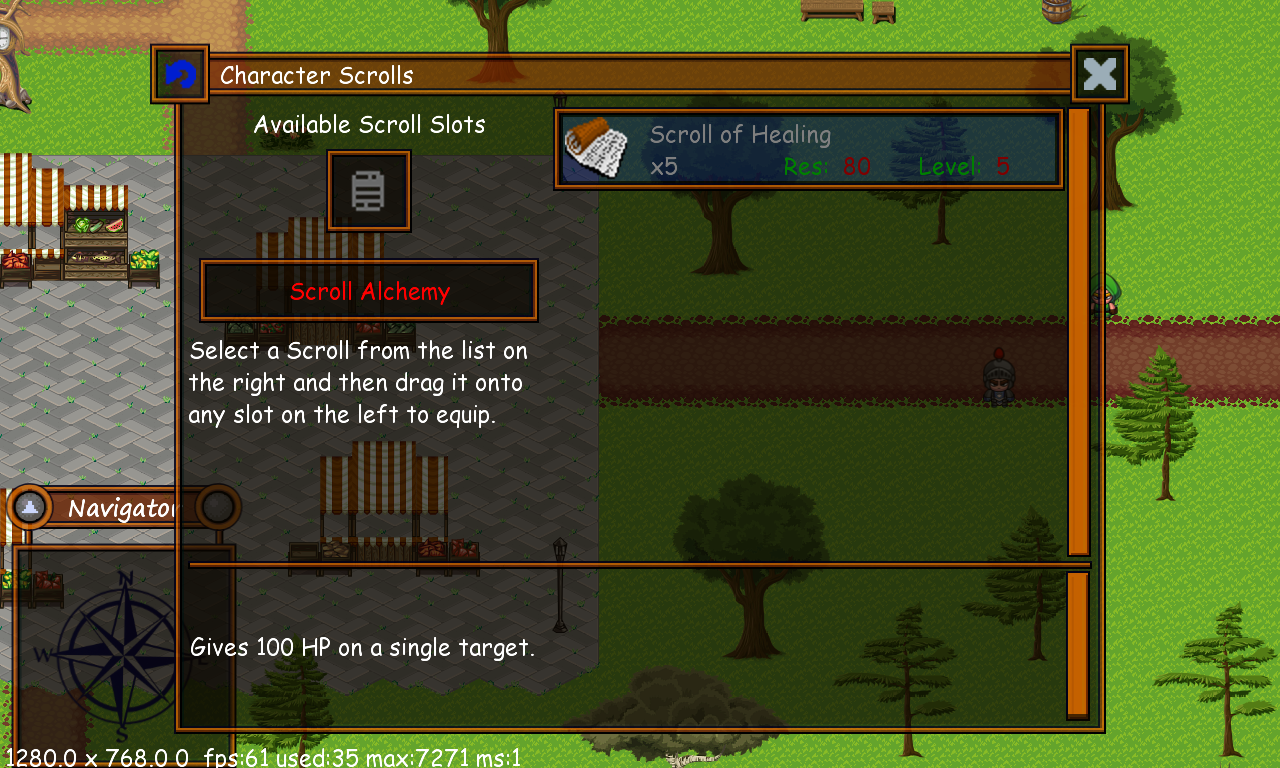 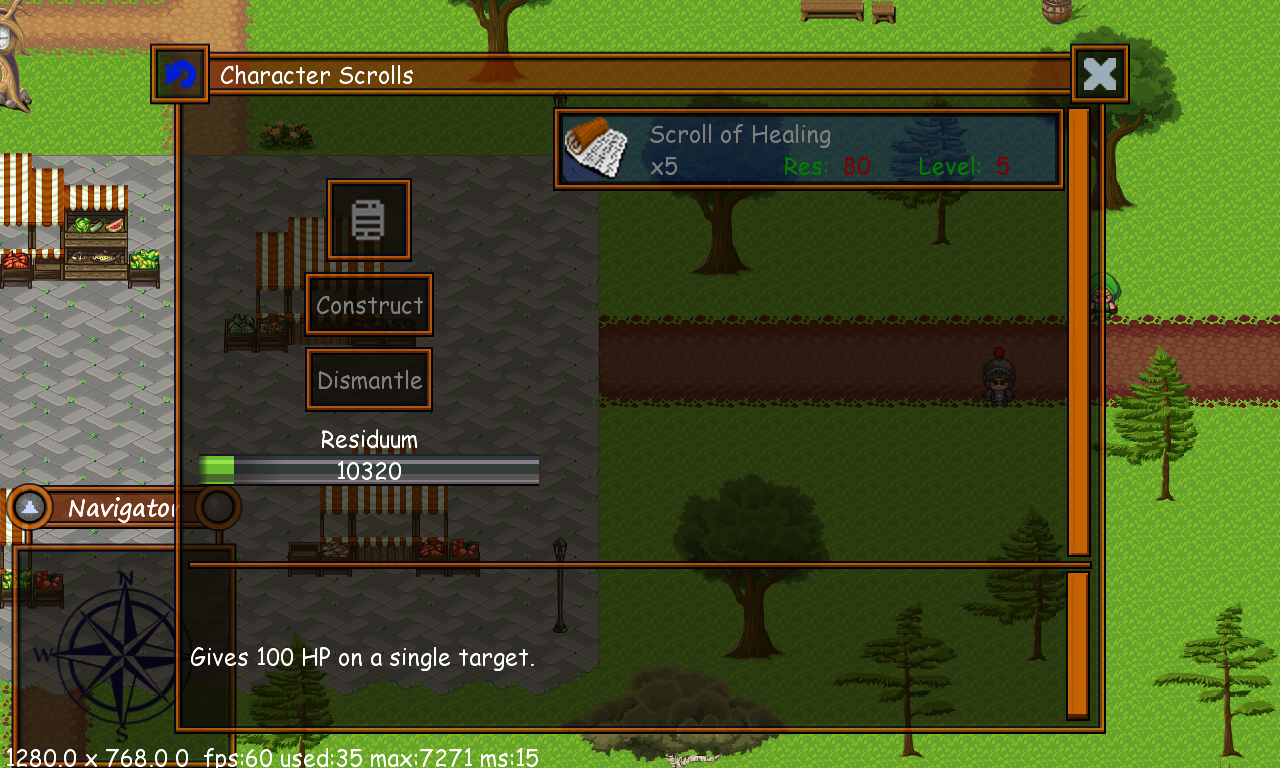 This screen allows you to craft scrolls from any naturally known spells of the current character. Only the scrolls of spells that the character naturally knows will be listed here.

If the scroll is higher level than that of the character they will not be able to craft it (yet). Once they reach that level however, the scroll will be available for crafting.

To create a scroll:

To dismantle a scroll:

We're pretty excited about this new feature and look forward to see how players will use the scrolls and orbs to customize their characters during adventures.