We've re-written the main quest of Kalaban, and decided to put our focus on the first Act of the game.

It's been busy here at Rayhouse with the Kalaban's development heating into full gear again. We've had some lengthy discussions with our four guy power team, and from our creative director's initiative we've decided to put our focus on the first act of the game. Kalaban was originally meant to span over the course of three acts, with a playtime of over 5 hours total. Now we've decided to put the environments to a better use, and flesh out the scenes more. This way we will not (maybe) work ourselves to death, and will be able to deliver a finished game, maybe during this year even!

So yeah, the original plan was pretty suicidal from the start, but it became even more evident during the development. We've been working on Kalaban for over a year now, and a couple of things have become very clear to us. First of all, gamedev is friggin hard work, which should come as no surprise. Secondly, the environments take a load of time to make. The optimal time to make one scene is one month, but for example the Scene 3 took us three months to build. There was some heavy iteration, yes, and the game was still in very early stage back then. Even the Act I in Kalaban, which will now be the story we're telling, includes a total of 13 scenes. We currently have six of them under construction, so there is still A LOT of work to be done. 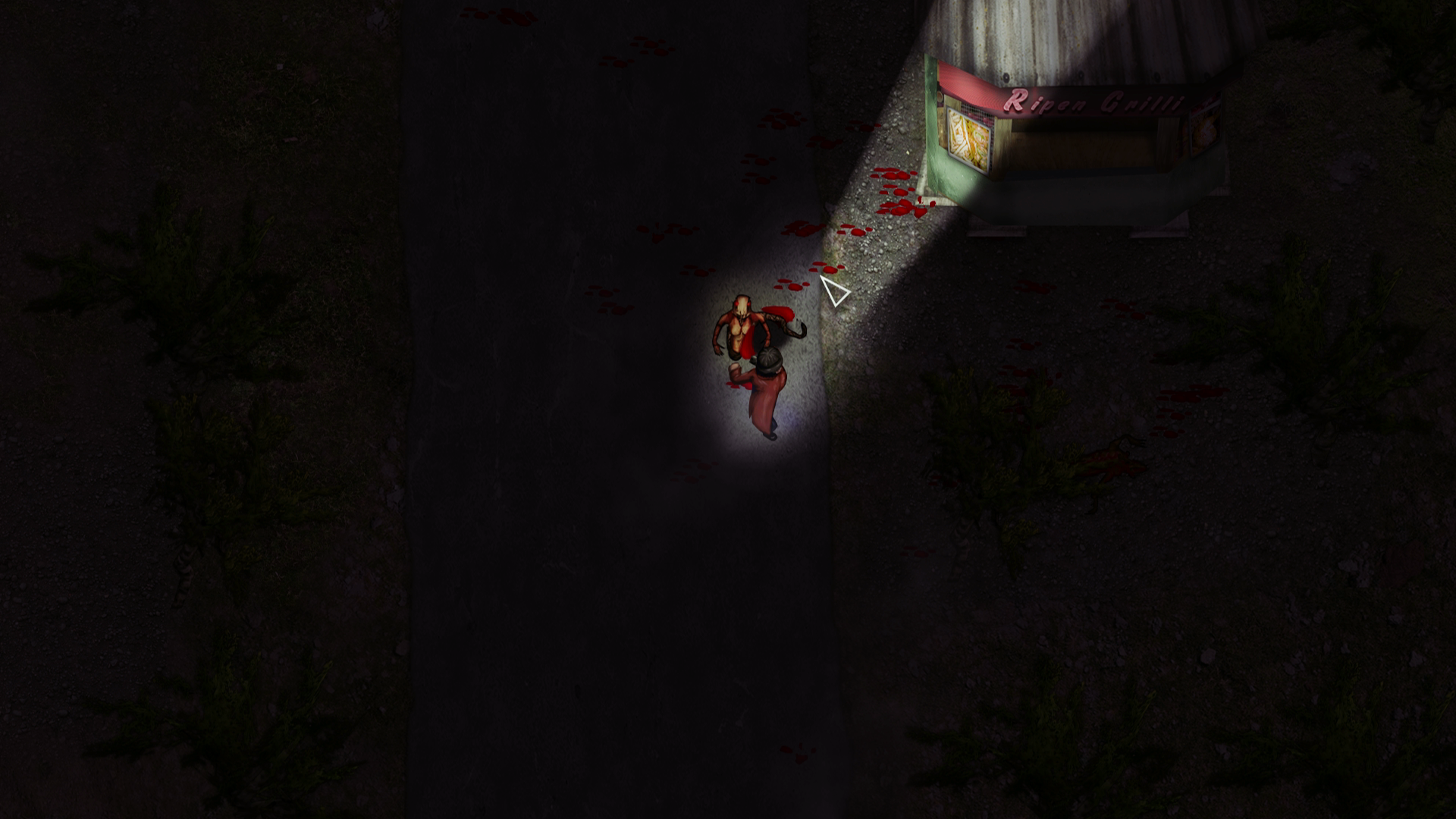 Bob fighting against a Spitter in scene 7.

Of course this new arrangement won't mean that the game will be like an hour long. We're aiming for the core gameplay to be a total of four hours, plus bonus content and side quests. The most interesting thing about creating Kalaban is the setting and how it affects the art direction. The story is set in an alternate past of Finland, so we're constantly making sure that the elements in the game match that. The gameplay is more like a detailed and unique adventure game in the style of DreamWeb (1994), than just a top-down shooter with a story like Alien Shooter (2003) or Crimsonland (2003). 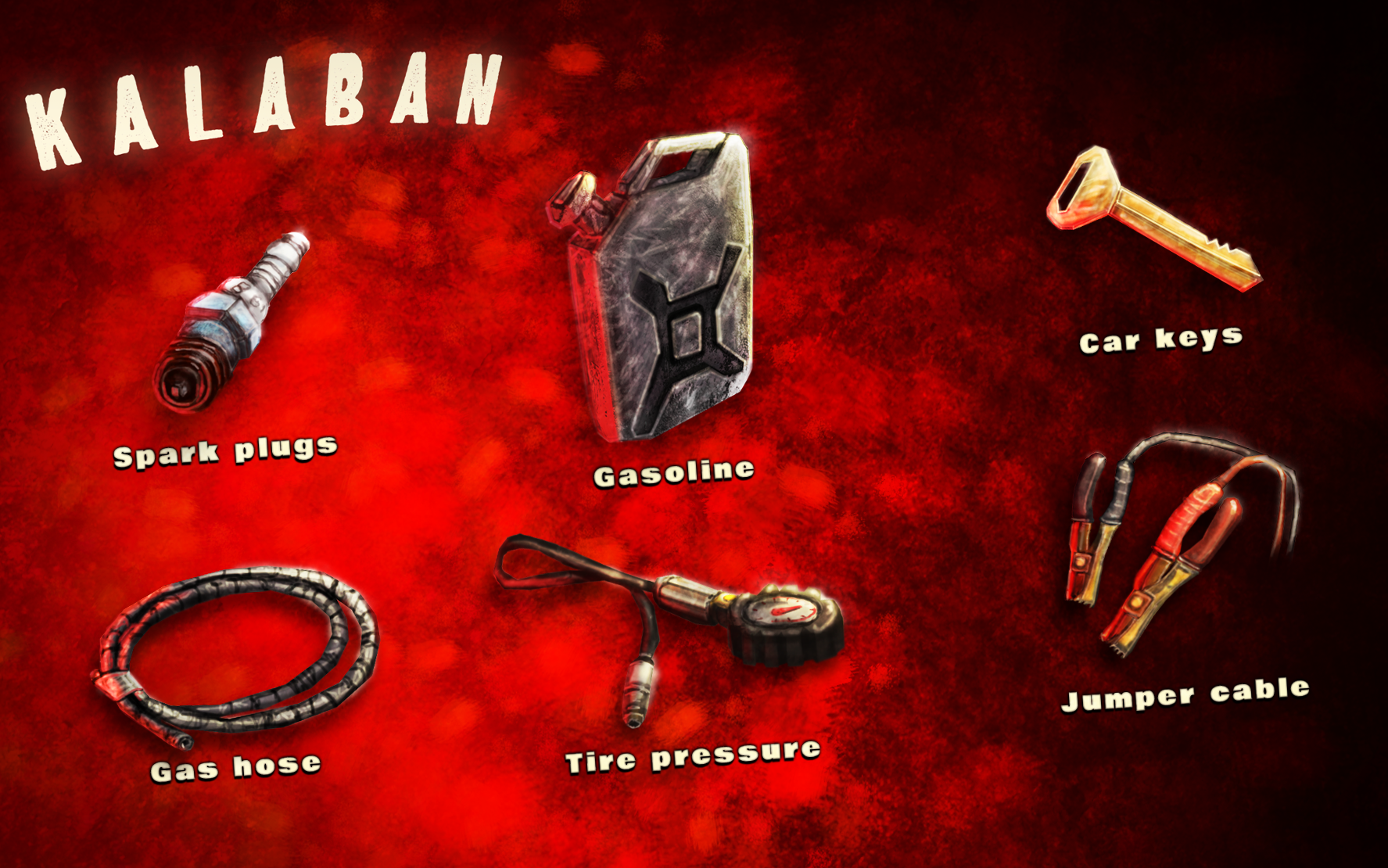 A check-list of things Bob must collect in order to complete his quest.

In favor of making the game more engaging, we've re-written the main quest of the game. Originally, the Act I served only as a sort of an introduction to the story and told the first steps of the outbreak. Now, the objective is to find a car and escape to the city, and hopefully reach safety there. Of course we still have a general plan for the future events of what happens when Bob reaches the city. If this game does really well, and there is a serious demand for it, we will continue with part 2 and part 3 of the story. 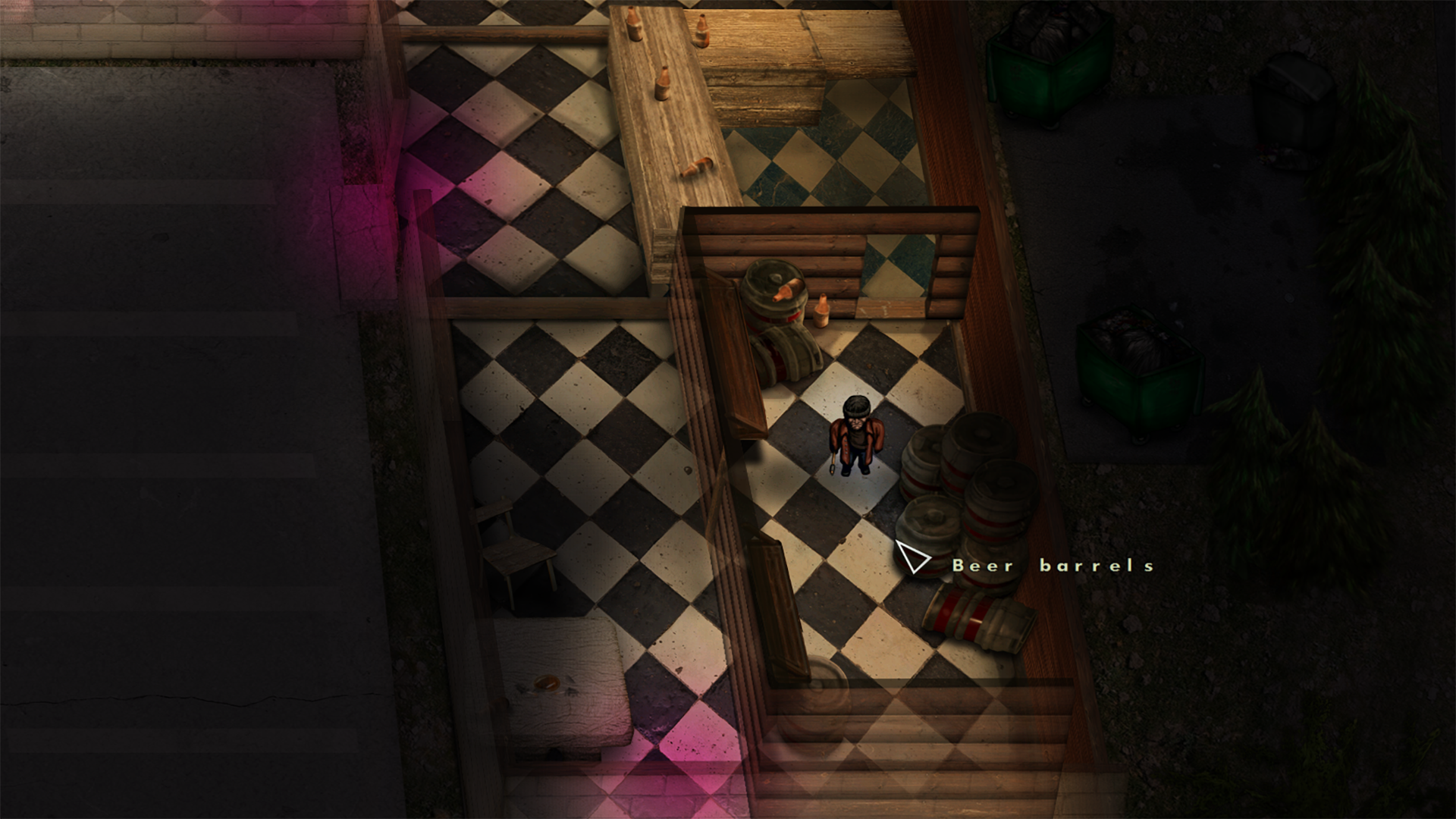 Bob has reached the momentary safety of the local pub and its beer storage.

The original plan for the whole game was to have maybe one or two brief NPC encounters, but to keep the game otherwise as a desperate one man battle against the mutant horde. This was largely inspired by the way System Shock (1994) and its successors handled the story. Now the locations will feature a number of other survivors, fighting for their life. One of them is Keijo, your former boss and owner of a sawmill. He has seen better days, but is still sane and has been able to fight off the invasion. Some of the NPCs you will be able to save and maybe even take with you to the city. 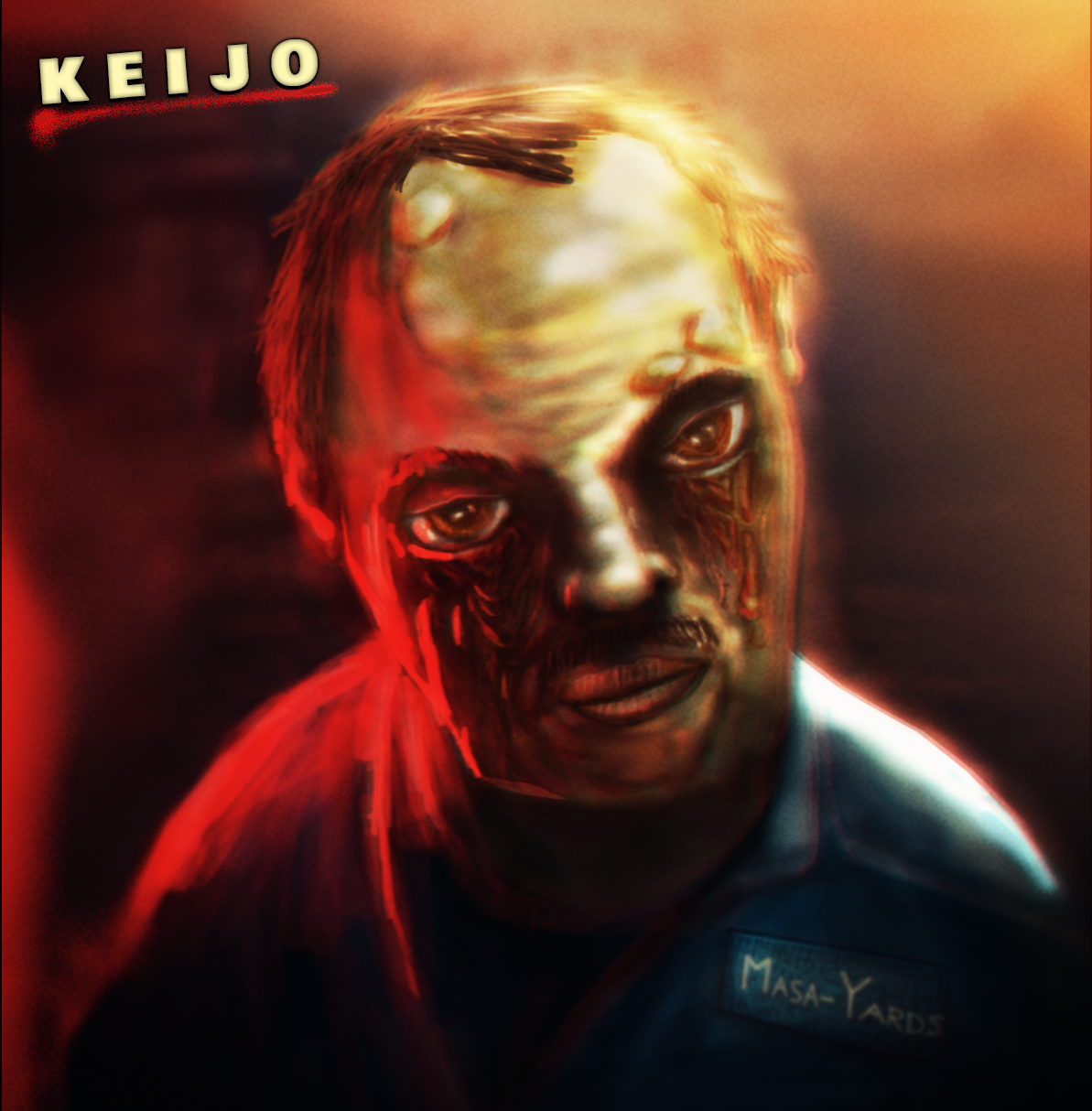 That's it for today, thanks a bunch for tuning in! To stay updated on the development progress, either follow us on IndieDB, or check out our blog and add it to your bookmarks. See ya!