Post news RSS Neon Chrome - from Beta to Release - and Beyond

Some words about Neon Chrome - a top-down cyberpunk shooter - from beta to release. Highlights from the development during the last couple of months and also a some peeks into the past.

So, Neon Chrome has a PC release date: 28th April 2016! At the time of writing this means 9 days to go before the Steam release.

When we started the project in the fall of 2014 we estimated we could have the game in beta in Sep-Oct 2015 and ship the PC version of Neon Chrome in Nov-Dec 2015. The team started small in Sep 2014 with only design, art and game engine work (yes, the game has an in-house 3D-engine too, our passion, we'll tell you more about that in some other post). The production started in full in Nov 2014 after our lead programmer joined the team. With the goal of having an alpha before July 2015 and beta in the fall of 2015 we started working. However, we learned that creating an indoor top-down shooter with a pseudo-believable procedural world from scratch is a bit more work than we first believed. 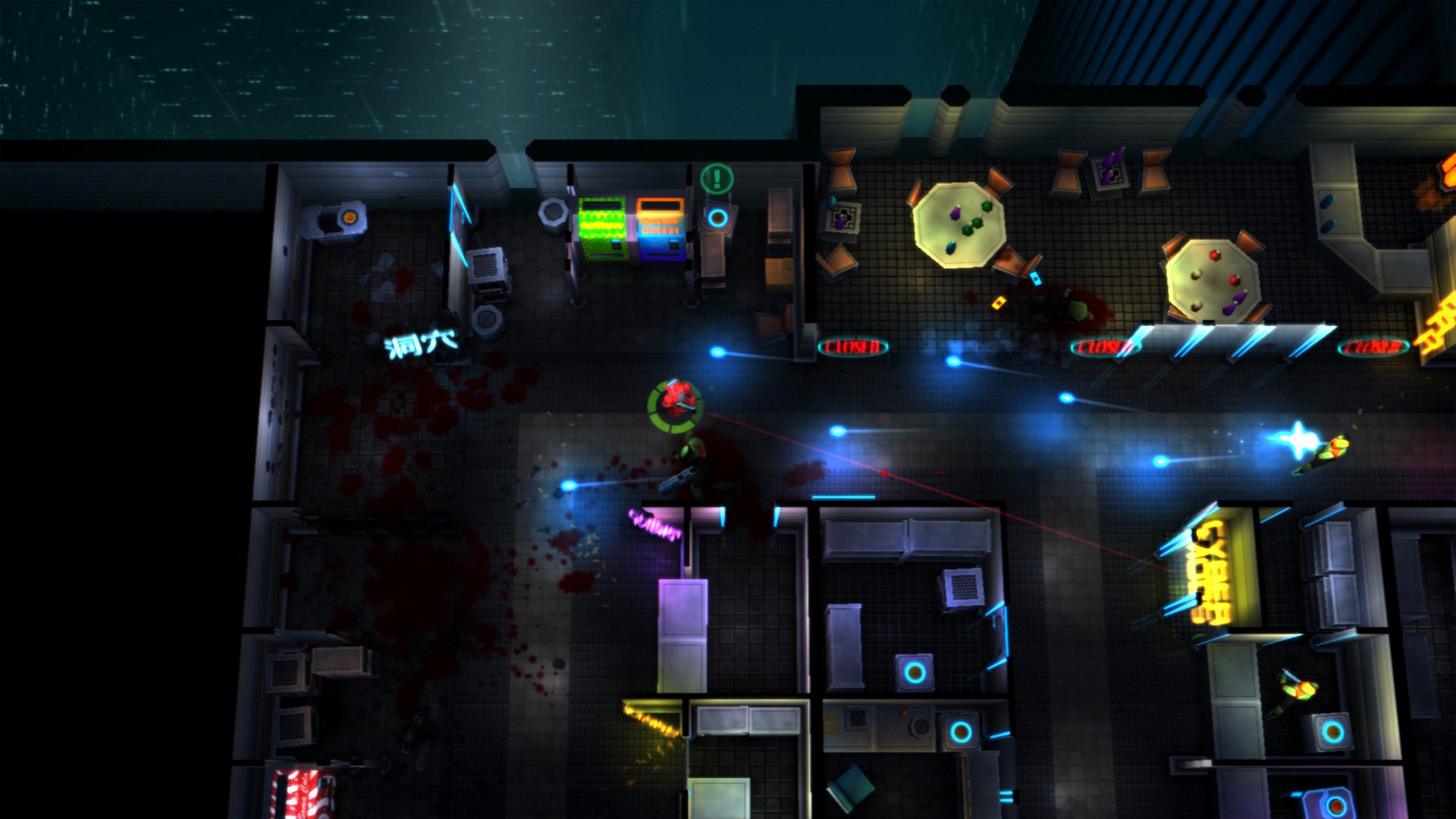 In reality we had the beta in Feb 2016 and game done in April 2016. Around 4-6 months behind the actual planned date - and maybe with 30-60% more work than we anticipated. During the early days of development we underestimated the amount of work for a great many things. However, after the spring of 2015 our estimates have improved and we've been closer to the planned dates. We've probably improved our general planning capabilities as well.

With the updated schedule after we knew we can't have the beta in the fall of 2015. With this in mind we wanted to start the beta in late December. However, at that point we still had stuff on our todo-lists and the well deserved holiday vacation took a large chunk out of December. We wanted to clear our "must todo lists" a bit before the beta. Mainly stuff which people would have probably complained about in the beta so we really wanted to get it done before starting. So, we kept working through January and the beginning of February before inviting testers.

In the end we started to invite people early February and then invited more and more people each week. We invited people through March and finally in April we started to wrap the game up.

During the beta we did loads of balancing and tweaking. We also implemented some new features and made existing ones deeper. One of the bosses we had to work on even during the early days of beta was the Centipede. The multi-segmented nature of the beast and how to handle damage within that context needed some trial & error. The centipede fights the player by spawning minions and we needed to try a few different approaches before finding the right one. In the end I think it became one of the most interesting bosses in the game! 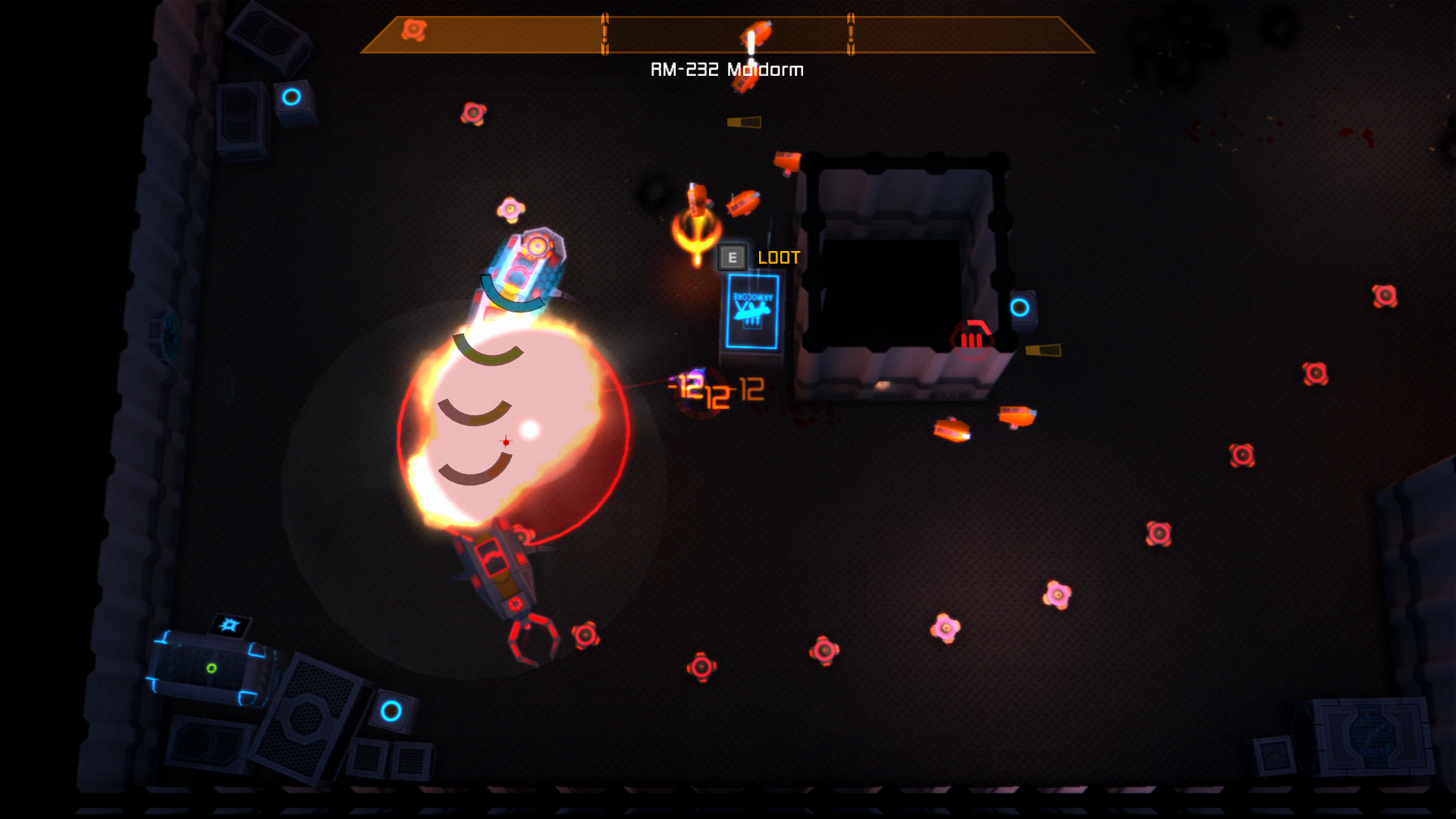 We've also improved the visuals before and even during the beta. One of the most important thing was to add more light sources into levels such as baseboard lights and some adverts. We also improved many animations and effects. 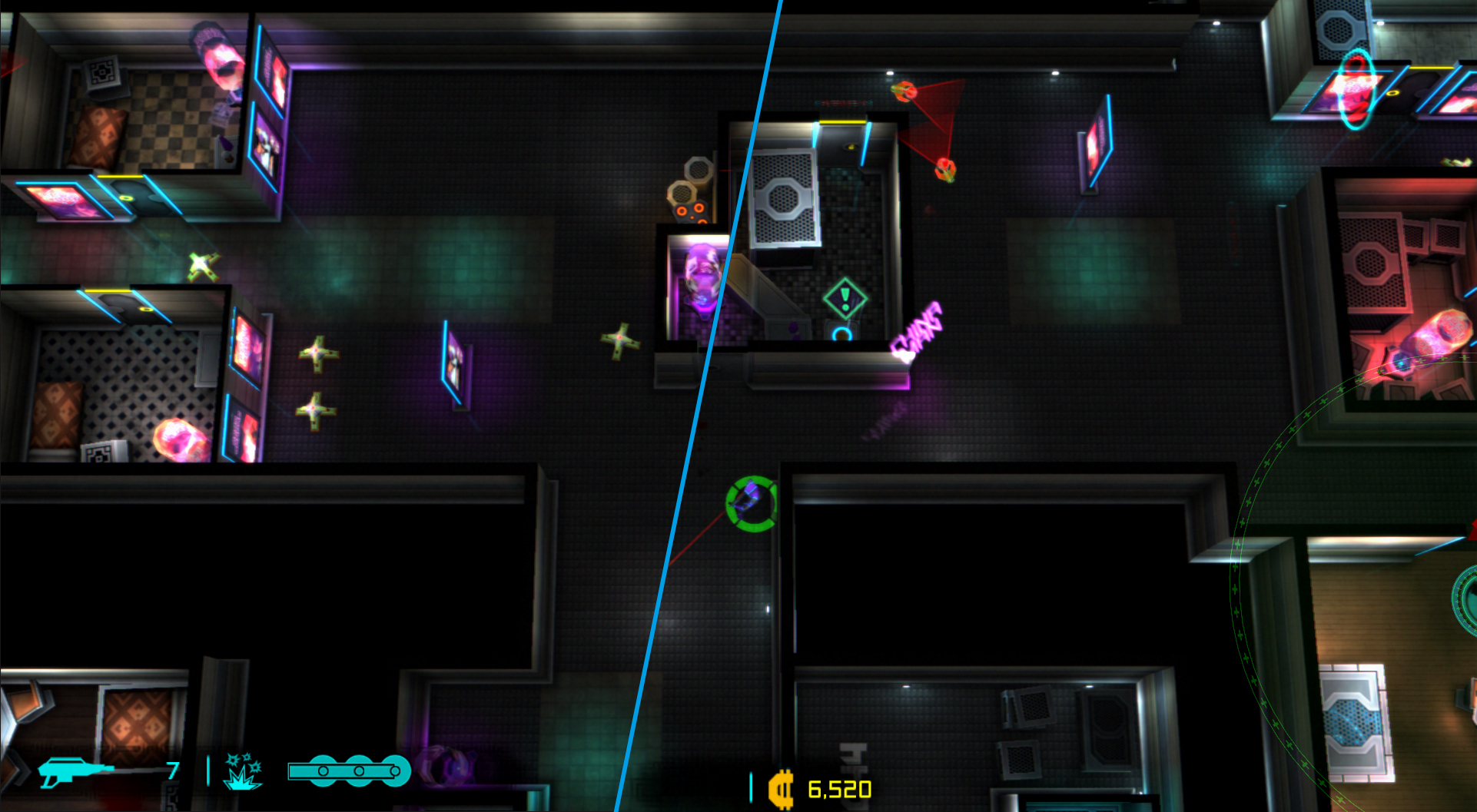 During the beta we still used speech synthesized sounds as placeholders for most of the story scenes. This was handy as we could experiment with the text easily even though the dramatic performance of the synthesizer left a lot to be desired for. The final voice overs were created by the talented Mark Dodson who basically nailed the Overseer with the first try!

Originally we wanted to have five different environments in the game but in January it looked like we may only have four - we simply didn't have the time. However, we wanted to try a new environment quickly still. We knew that if we can't nail this on the first try we won't have time to iterate it. Lo and behold - we created the hospital environment with relative ease! It turns out that after you've finally learnt enough and built enough tools things can happen much faster than you believe (generally you shouldn't count on that :)). 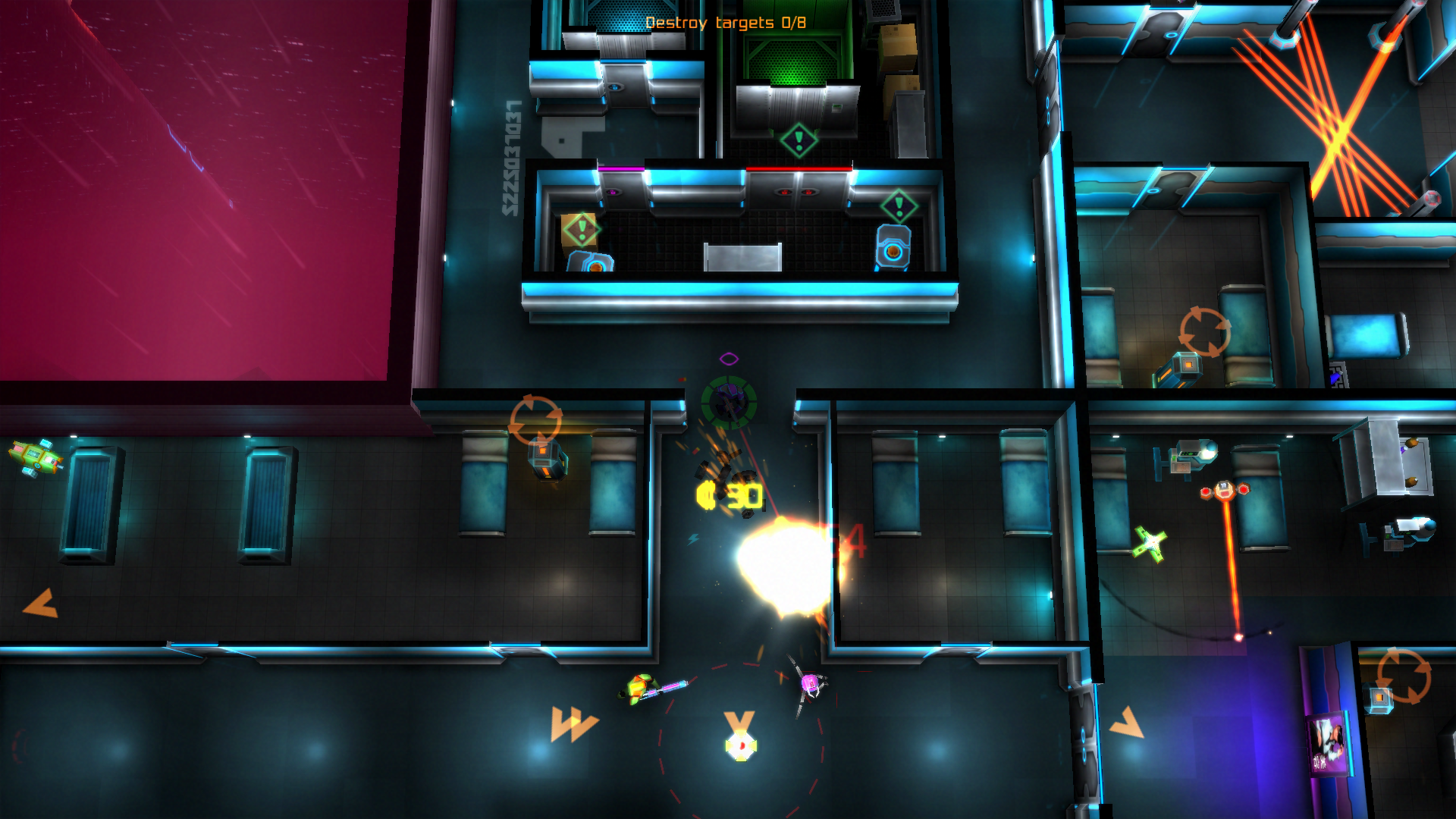 We've also created some interesting articles during the beta. You can learn about the path planning systems here or maybe read more about the level generation here.

Creating Neon Chrome has been a massive learning experience for us at 10tons. We've done a lot of things we've never done before and I think we've become even more humble before the art of creating games. I also think we've created an awesome game and many many beta testers seem to agree. Next we'll find out what the bigger audience thinks. Whatever the result, we're proud of what we've achieved with Neon Chrome. There's also some much more we'd love to do. However, even though we've been very flexible with the development time and mostly gone with the "when it's done"-method, we think, that for now - it is done. We hope you enjoy it come April 28th of 2016!

Added the game to my wishlist! Oh and thanks for article about your level generator:-)

This is cool :) Great job on the game, it seems like it's still been a relatively short devcycle. Which is a good thing, of course. What will the price tag be on the game upon release?