We have a New Trailer and Gameplay Footage for Nelo! We'll be Launching a Kickstarter after the holidays! And so much More!

Hello IndieDB I'm very happy to reveal some exciting news for you. We have now released a new trailer and gameplay footage for Nelo that shows where the project currently is. There are tons of new gameplay features and mechanics that we have added. We have obtained a new, and easier to remember domain for Nelo's website. We have recruited Voice actors for the project. And finally, I'm ready to announce that we will be launching a Kickstarter Campaign after the Holidays. 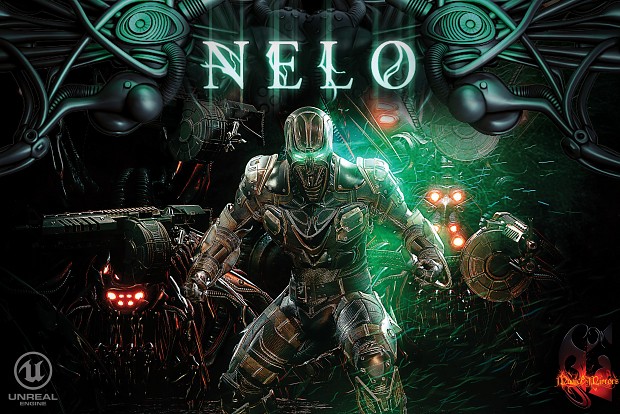 If you don't know who we are, Magic & Mirrors is Indie Game development team comprised of just only an engaged couple, Kevin Bryant, and Michelle Morger. Not only do we have an intimate relationship but we have worked together in the past on many other indie game titles creating mostly 3d Art. But we wanted to make our own company and develop our own games as a duo, so we created Magic & Mirrors, and things have only gotten better for us since. We've been able to expand our skills beyond the creation of 3d Art. Magic & Mirrors has allowed us to broaden our skills range into the realms of gameplay programming, and design which helps us better understand the overall art form of the interactive medium than ever before.

Nelo is our first project as Magic & Mirrors. It's a hyper-fast, sci-fi action shooter that takes inspiration from retro arcade shooters and gritty cyberpunk themes. You play as an alien character who is marooned on a planet ravaged by his people's horrible A.I. creations, the Nightsithe. Your character, Nelo, must battle hordes of Nightsithe attackers to escape the hostile planet, Plemniba, using an array of four floating mechanical hands known as the Hands of Aphelion. Nelo uses the Hands of Aphelion to wield up to four different guns simultaneously and because the hand move independently from his body this allows them to have no physical constraints on aiming. Nelo can battle between a third person action mode and a top-down twin-stick shooter mode seamlessly. Nelo can also use the Hands of Aphelion as ranged melee weapons and can grab large physics objects including most types of Nightsithe attackers. 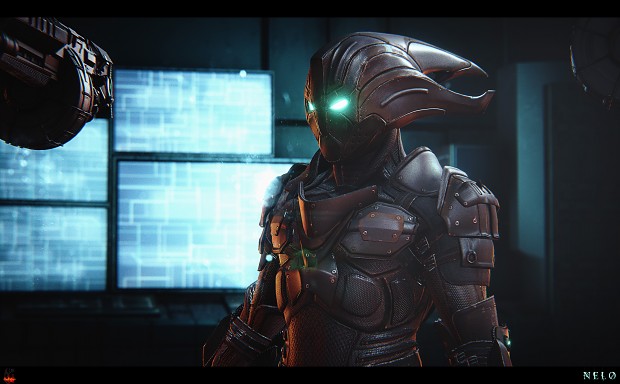 This new trailer we have revealed finally shows Nelo running at the framerate that it was intended to be played at. because Nelo's gameplay is so hyper-fast, we really believe that it's best played at 60 fps or higher. Other things that the trailer shows are previews of other things you can do in the game beyond standard combat such as platforming, stealth, physics based puzzles, and some exploration within the environments. We really need to credit Kevin "Loudcore" Greenlee ( www.kevintg.com ) for the heart-pounding music that this trailer needed. We really hope you enjoy what you see. 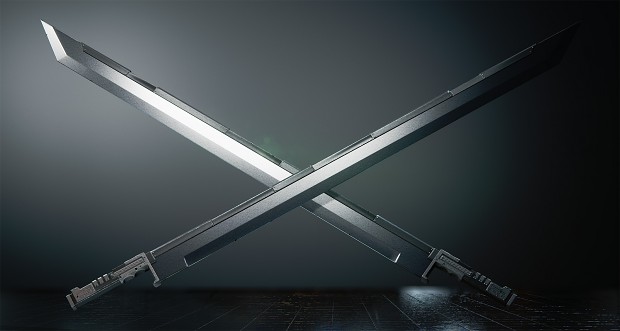 We have implemented many new mechanics to the game to further expand the gameplay experience. You can now weild heavier weapons that take up the use of two Aphelion hands instead of one. We also added Light and Heavy Melee attacks instead of mapping all melee attacks to one button. Mixing Light and heavy attacks at the right time and trigger alternate melee combos. We have also added Swords to the game as a new weapon type. Swords enhance your melee attacks and can also be used to deflect enemy rockets.

We also added the ability for your character to walk at normal speeds when you want to. Stopping your character for a second will put them in this "walk mode" and pressing the sprint button, or using any abilities that make you move quickly will instantly get you back to running at full speed. We added this "walk mode" because we know that the player might not always want to be running fast.

The last feature we added that I want to mention is we created further rewards for getting and keeping high combo multipliers. Bombs that heal the player is great but we thought it would be rewarding to players who save their bombs for setting off at higher multipliers. if you activate your bomb at an X15 combo instead of X10, you can trigger "Zen Mode" which will give your character brief bullet time. This is very helpful for keeping your multiplier going even further. But setting off your bomb at even higher levels than that will reward you with even cooler enhancements which I will talk more about later. 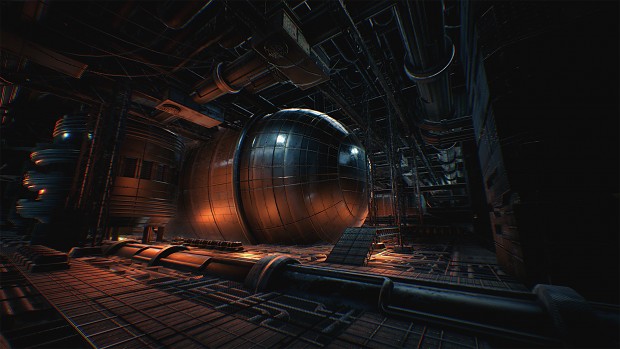 While we have replication for the game figured out. We are still not ready to show off the multiplayer yet. This is mainly because we are much more focused on the singleplayer experience as of now. Every time we add more gameplay feature we also have to make sure it all replicates. One of the difficult features to replicate is the new bullet time system, or Zen mode. So I apologize that we won't be able to show multiplayer footage sooner.

We do realize that the Magic & Mirrors Website domain is very difficult to remember, especially for game with a four letter title. So decided to get a new domain for Nelo called www.nelogame.com .

We are also pleased to announce that we have recruited some voice actors for the game's story mode. While we haven't started casting yet, Here are some of the talents that we will be working with in the months to come.

We'll be working with these talented individuals once we finalize the game's missions and script.

And our final announcement is we will be launching a Kickstarter campaign once the holiday season is over. We are pretty much ready to launch the campaign but we decided to delay it so the campaign doesn't overlap the holidays. While I won't disclose our goal yet, I can say that It'll be very realistic and reasonable.

We want to thank you again IndieDB for taking the time to check out this article. And please don't forget to visit our new website www.nelogame.com,, like us on facebook www.facebook.com/nelogame and follow us on twitter www.twitter.com/nelogame . We want to thank you for your future crowdfunding support and please keep your eyes out for our Kickstarter campaign as well as more awesome progress.