One of the skills that can be unlocked throughout the game is the ability to self collect coins and potions that the game releases as the enemies are dying. I worked for a few hours in this behavior customization of the game and everything is as expected. 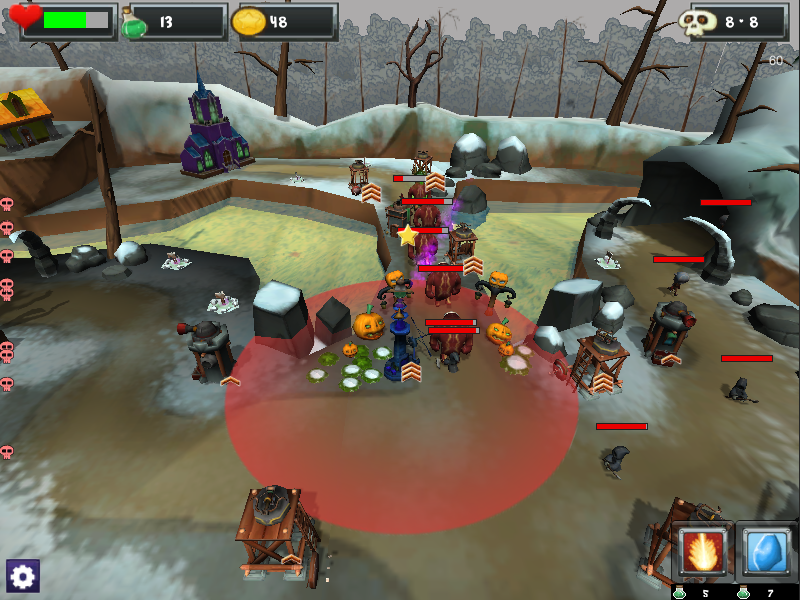 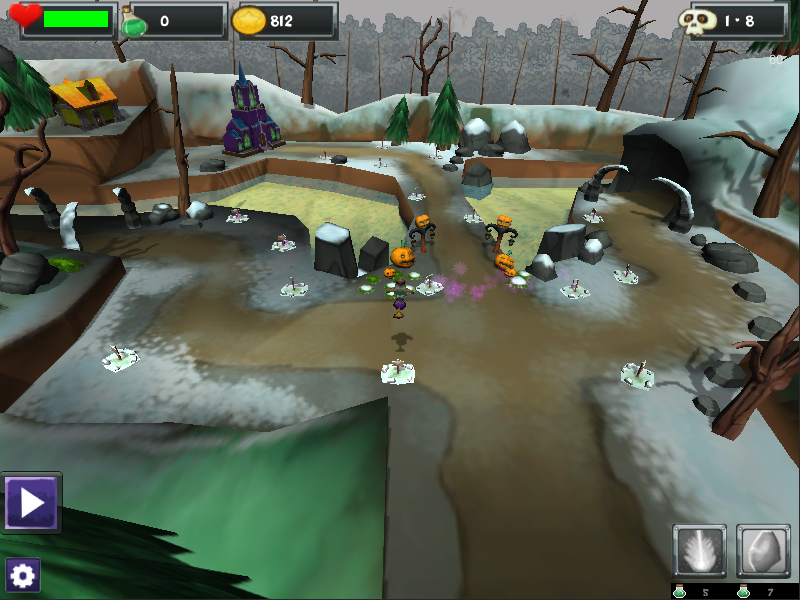 In addition I also worked a lot in the configuration of the paths and the waves to the world 5 (snow scenario I'm finalizing).

I still need to work more on setup of the waves, because the distribution of enemies is really making the gameplay difficult (and at one time or another I lose before you even get to the last wave). This is due in part to distribution of camps that still need to review the position in order to take advantage of to improve the coverage area of the towers (in particular the arc towers)