Multiplayer is really coming together now, just wanted to give you all a heads up. Almost all features from singleplayer are now in multiplayer (and some that I havn't added to singleplayer yet!)

Just wanted to give everyone another quick update as we approach 0.038, which will be the multiplayer update. Currently there are a few bugs that need ironing out but it shouldn't take too long. The game is looking really smooth now and multiplayer has a ton of features!
I'll post all of them when I make the 0.038 update.

Health Stamina and hunger have been added - You can now starve, sprint and lose all your health and again, die.

PVP - You can now kill your buddies! Wooooooo!

Here is a screenshot from last nights multiplayer test (there were a few bugs, like torches rendering underwater: 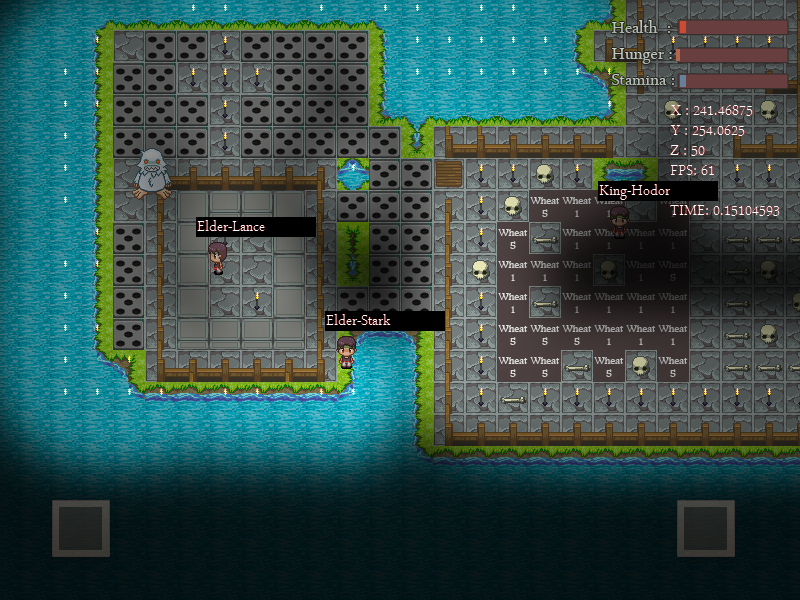 But overall it was fairly successful.

I need to add a few things related to inventory and polish it up a bit. I also think I might have decided on a pixel artist however things arnt final!

Once I get the first finished sprite sheet I'll post him here. :D