It's been almost 5 months since Urban Tale was released.
We just wanted to take make this announcement and sum-up what was done and what still is in store before a Full Release.

Updates to-date:
- Since the release Urban Tale had 19 game updates from with 5 ware most mentionable:
The Criminal Update, The Recycling Update, The Crafting and Cooking Update, The Relationship Update and the most recent Growing and Harvesting Update.
All of these updates featured a lot of new content, items and quests and therefore moving the initial idea of Urban Tale where we want it to be.
- Other updates that were made ware, mostly Bug Fixes, small content additions and improvements.
- Also worth mentioning, amongst these updates was also the MAC OS release.

Still to come:
- In the next few months we intend to add several new content and feature updates that would push the game for what it was intended to be.
So some of these updates will definitely be opening of the Z2 and Z1 for commercial building and living quarters, several new career/Hobbie options on which we are currently working on, steam card and steam achievements, a pet update, several new minigames, selling your business, buying properties and a full game translated into several different languages.
These are somewhat the outlines that were also included in the initial idea before the project started.

Conclusion:
- After 5 months it is safe to say that unfortunately Urban Tale did not come anywhere close, when it come to it's success.
Maybe the goals for Urban Tale were set too high, we don't know.
Nevertheless, we want to complete the game as we initially indented it without cutting on features and content, without focusing on sales resluts. The modest number of people that picked up the game deserve a full experience of Urban Tale and we will deliver that.
- In the next few months we intend to add all of the above mentioned content and features. Once we have all of the features added and debugged, we will move the game from Early Access to a Full Realease.
- Full release can be expected somewhere later this year. 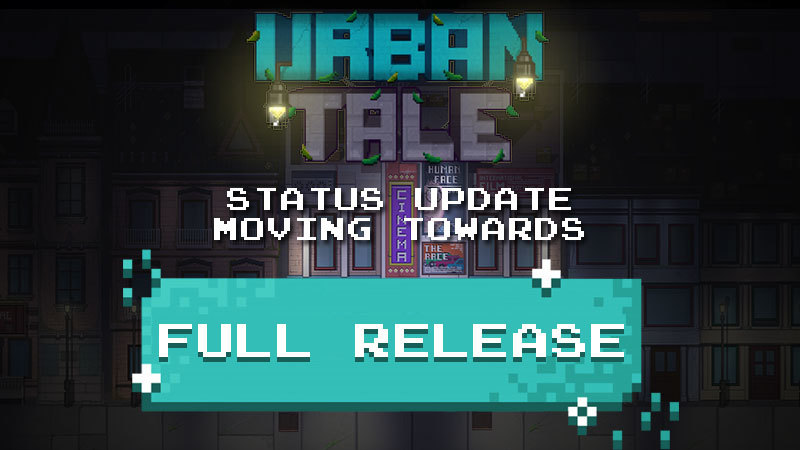