In 1944 the German troops changed the fate of the war in a sudden and unexpected way. The Nazis started winning even the toughest battles.

Few concepts are as inseparable as time travel and the Third Reich. No matter what the ultimate destination, your average time traveler will at least consider stopping off to kill Hitler. Mortyr, by Polish developer Mirage Media, is a first-person shooter about traveling through time to kill Nazis. You'd think it's a can't-miss idea; Nazis are second only to vicious alien bugs as an enemy everyone can agree to hate, and the time travel element means, if nothing else, you should be able to exact a sweet, punishing revenge with your futuristic superweapons. But Mortyr manages to get almost everything wrong. It's a toss-up as to whether the game is terrible by design or just half-finished. 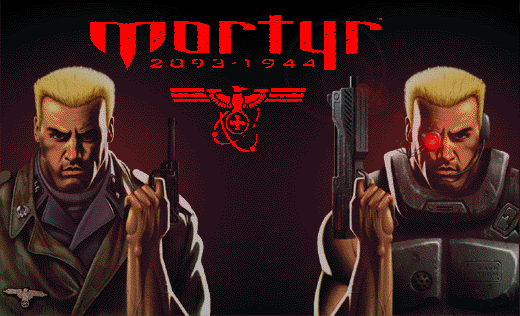 In Mortyr, you go back in time to change the results of World War II. Oddly, you're not trying to alter the fact that the Nazis won the conflict and now control the world but instead are attempting to fix the weather they inadvertently screwed up. It's as if the developers thought a future ruled by the Third Reich wasn't reason enough to revise the past. The story is disposable though. Other than a few paragraphs in the manual and some in-game book items that provide several sentences of extra plot, you'll have no sense that anything resembling a story is progressing over the course of the game.

Mortyr follows the exact structure put in place by id Software's seminal first-person shooter, Wolfenstein 3D: move forward, gather munitions and health, kill Nazis and their pet dogs, then collect a key to unlock the next area where you'll do exactly the same thing. Unfortunately, Mortyr's similarity to Wolfenstein runs no deeper than its structure. In its time, Wolfenstein was effective because it was original, technologically innovative, and fun. Mortyr is none of these things. 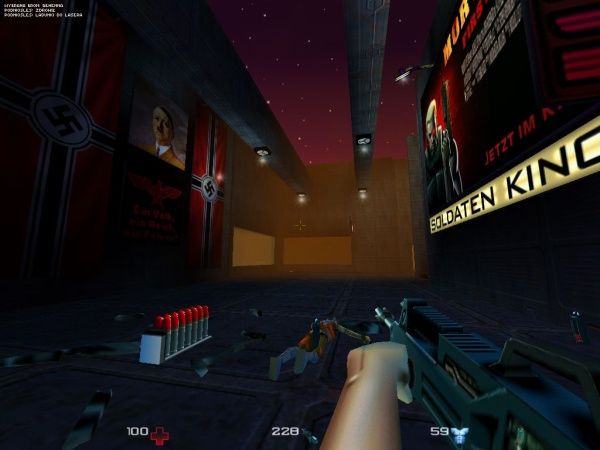 Mirage created its own 3D engine for the game, and if you absolutely had to pick Mortyr's best feature, that's it. Even Mortyr's detractors, which should include anyone who has ever played or will ever play Mortyr, must grudgingly admit that the game sometimes looks good. A few of the levels have some impressive visuals, such as a high-ceilinged cathedral with a reflective floor. The mood is appropriately grim - there are lots of thick stone walls adorned with plenty of Nazi paraphernalia. But the graphics lack enough variety to keep them interesting all the way, or even part of the way, to the end. The switch from 1944 to 2093, which occurs about halfway through the game, fails to enliven the proceedings. Mortyr's future looks amazingly like Mortyr's past with a few neon swastikas. It's too bad the developers didn't extend Mortyr's graphical sameness to the game's frame rate, which is erratic to say the least. It's as if every few steps you're mired up to your neck in a thick, invisible fluid, then released for a moment, then submerged again. Regardless of whether this problem is the fault of the engine or the level design, it makes Mortyr more tedious to play. 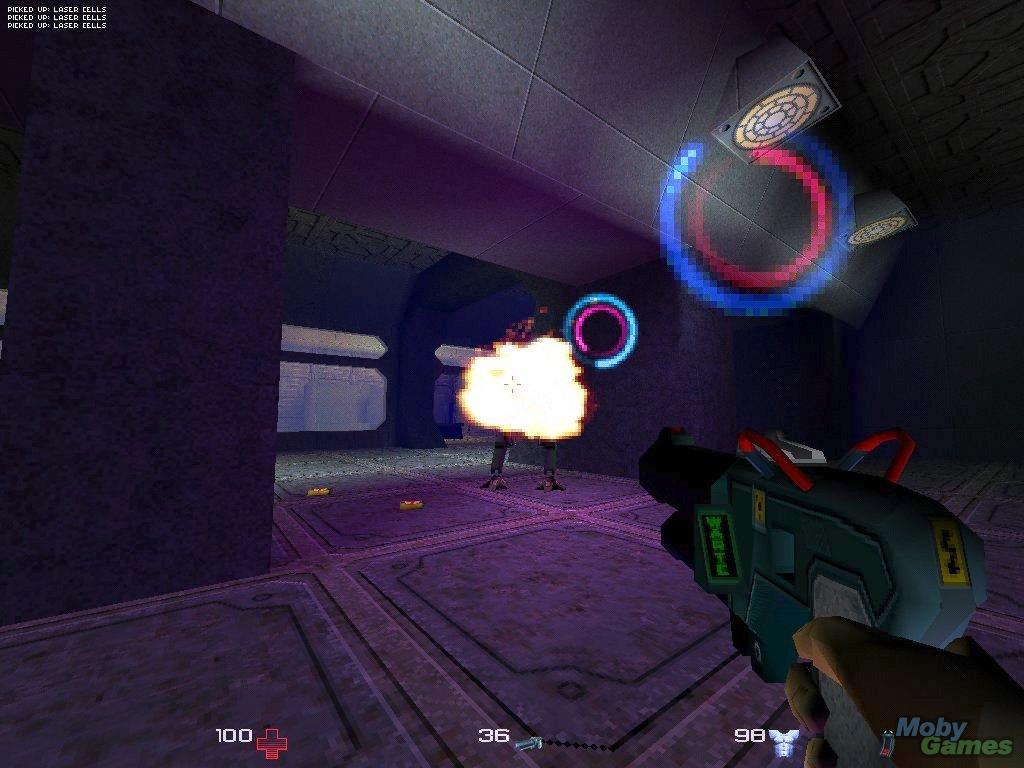 The weapons are completely forgettable. The game's arsenal is a mix of pistols, rifles, automatic weapons, and grenades. There are a few futuristic weapons. However, belying one of the main attractions of going back in time, you don't get to use them against the World War II-era Nazis. It wouldn't have been very satisfying even if you did, since the futuristic weapons are basically just the traditional guns with blue bullets. Mortyr does boast one weapon-related innovation: You don't actually shoot where your gun is pointed. Hitting even a stationary target often requires that you aim your gun several inches to the left of it, which makes the game much more challenging. Maybe it's a bug.

That brings us to Mortyr's worst feature, the enemy artificial intelligence. Rather than model your opponents' behaviors on the smart Nazis who imperiled the world with their evil schemes, Mirage chose to simulate the Nazis who didn't know Hogan escaped every night to blow up their bridges and go to dinner parties. When they spot you, your enemies in Mortyr have a tendency to react by running back and forth in a tight circuit until you shoot them. There's no polite way to put it: It's embarrassing.

Mortyr supports up to 16 players in deathmatch, capture the flag, and cooperative play over the Internet. The only thing that distinguishes its particular multiplayer mode from every other implementation of exactly the same multiplayer features is that it's attached to a much, much worse game.

LOOKS REALLY GOOD DEV KEEP UP THE GOOD WORK I AM TRYING THE DEMO 0.2 SO I WILL COMMENT AGAIN ONCE I HAVE PLAYED IT I LIKE THE WOLFINSTEIN GAMES ALOT SO I AM EXCITED THANKS....:)